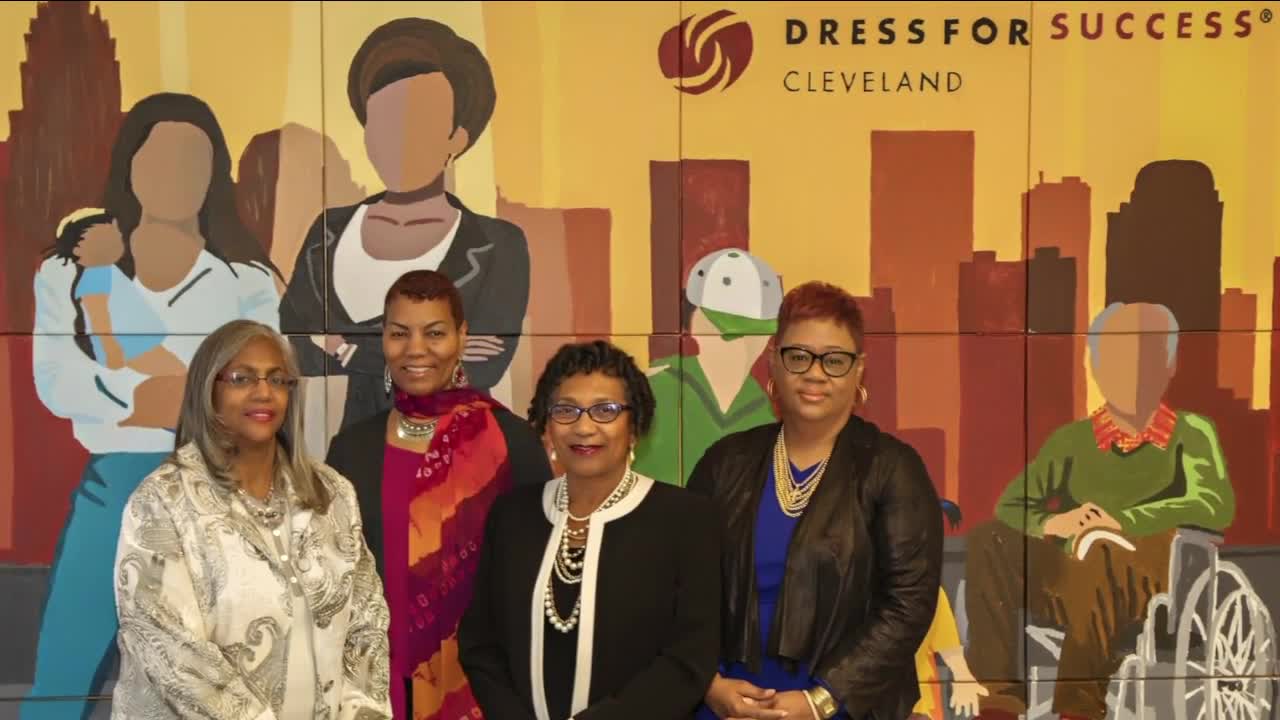 CLEVELAND — Dress for Success Cleveland was there when Patrice Culpepper-Wilson needed a job about 15 years ago.

“They dressed me for the interview and then after I got the job they came back and they gave me a week’s worth of clothes,” she said.

The non-profit was there to help her build confidence “as far as being strong you know individual, independent woman.”

Recently, Culpepper-Wilson says the non-profit was there when she was diagnosed with COVID-19.

“They reached out with different resources you know to help me, support and everything and I appreciate that,” she said. “I’m recovering. I‘m still having some issues, but God is good.”

Now she’s making it her mission to be there for them.

“It’s so needed,” she said. “I really believe in Dress for Success. This is not something I don’t take seriously.”

Since March, the non-profit’s doors have been closed. Its staff has been unable to meet, train, and support clients in-person. Executive Director Melony Butler says only those picking up or being fitted for clothing are allowed inside the office. Now, she says it’s been challenging trying to reconnect with women in need virtually.

“Majority of our activity was all based on people gathering so COVID hit us hard. It hit us hard financially because it stopped our day to day service. It stopped all of our ways that we got for funding,” Butler said.

Butler says the organization canceled planned fundraisers because of the pandemic and cut her staff down to just two. She says the PPP grant from the government is her team get by, but they need more help.

“Everybody’s income is being impacted so it’s very hard in your heart to go out to your supporters and say I know you’re being led dry too but give me some money,” she said.

“People don’t know how much this really helps women’s lives and it really helped me a lot,” said Culpepper-Wilson.

For more information on Dress for Success Cleveland and how to help, click here.