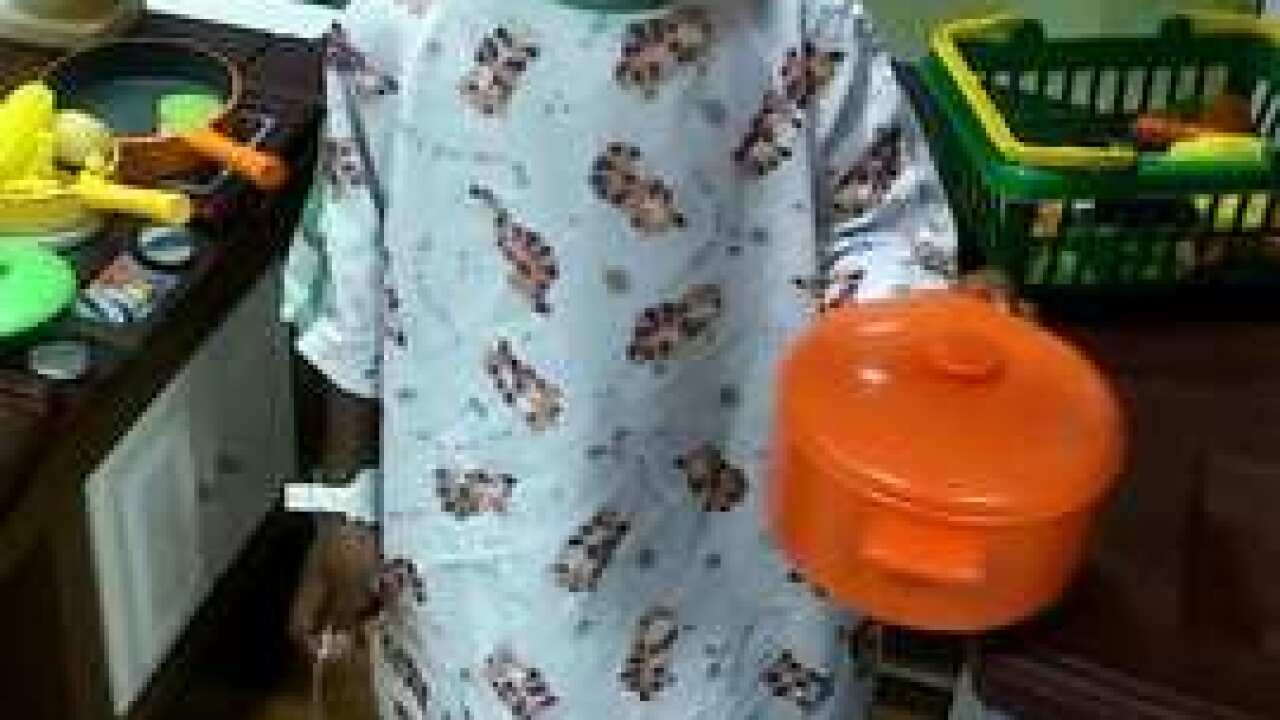 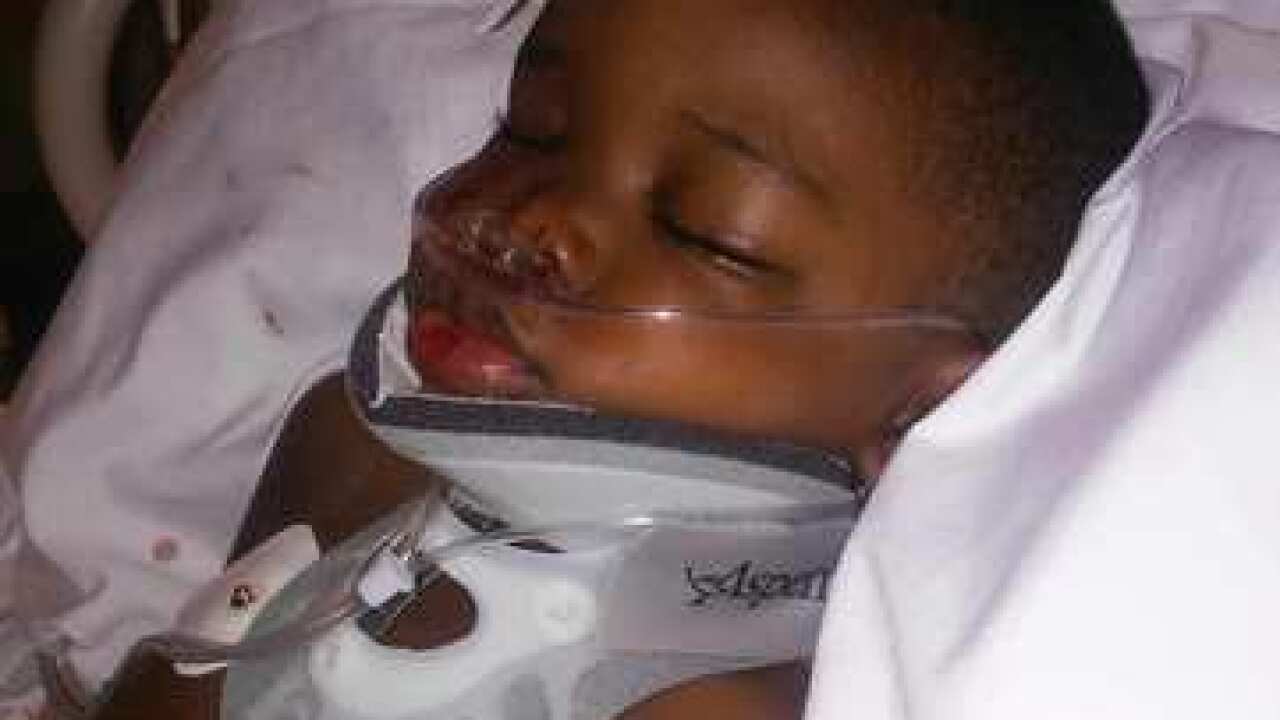 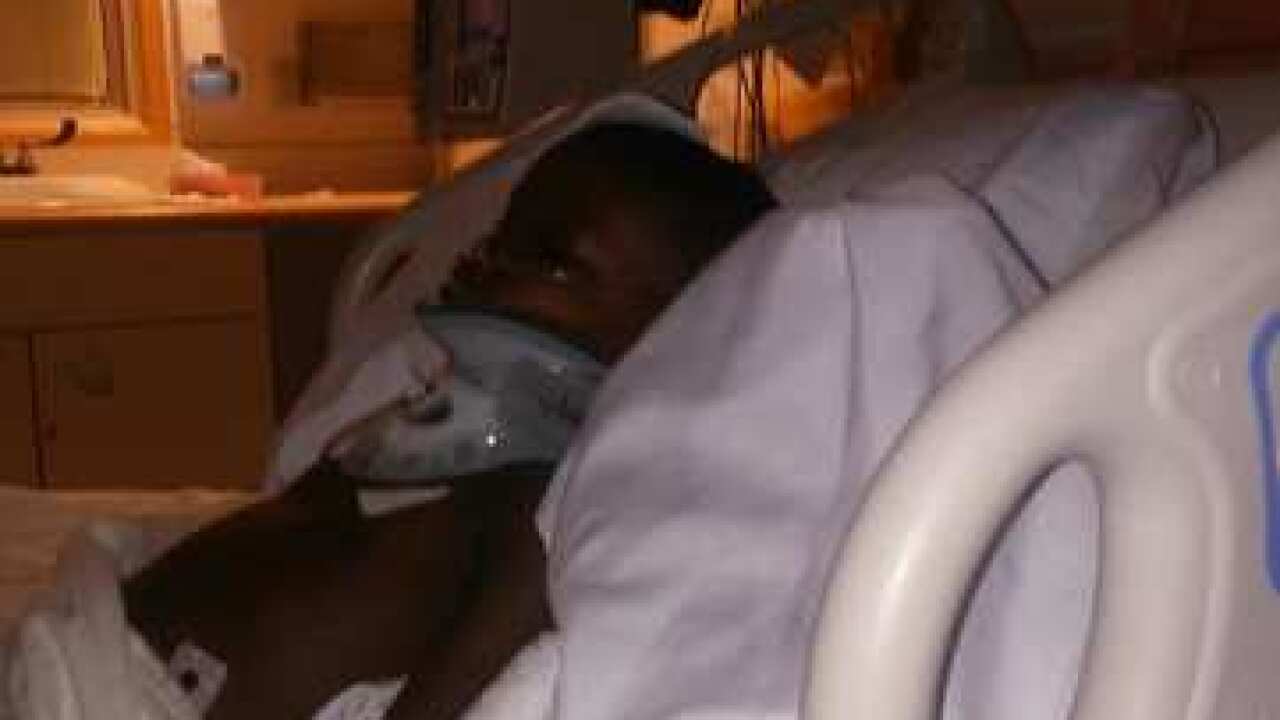 A little boy is home after spending days in the hospital.

Three-year-old Caesar Sanders' family is demanding answers after the driver who hit him sped off. Sanders was hit on Friday on 140th St. and Kinsman Rd. and his family says Cleveland police aren't doing enough to find the person responsible.

Doctors told his mom the car wheel went over his chest. Miraculously, Sanders is recovering well and should be fully recovered before the end of the year.

“I was hysterically crying and screaming but the driver stopped. He stopped for maybe 3-5 seconds, I thought he or she was going to get out of the car. They never did and sped off,” she said.

Multiple breaks in his collar bone and scratches all over his body aren’t his only injuries. This normally energetic, enthusiastic kid, his family says has turned noticeably quiet.

3 year old Caesar Sanders is home from the hospital after being hit by a car. The car sped off and his Mom says CPD isn't working hard enough to find the driver. On @WEWS at 11 pic.twitter.com/1VN55o38lM

“He has such a bubbly spirit and for several days, I was wondering, is that going to come back?” said his aunt Latesha Sanders.

The two Sanders sisters have now focused their attention on finding the driver responsible. But their interaction with Cleveland Police’s Fourth District hasn’t been helpful. In fact, it’s been shockingly disappointing.

“They keep saying this is not high priority enough, it has to involve a gun to be high enough priority, this doesn’t, it’s going to be on the back burner,” said Sanders. “Nobody wants to get hit or hurt like that and I feel like that’s something that deserves the attention of police and I feel like they’re not giving it enough attention."

A Cleveland Police official told News 5 once the initial investigation is complete it will be transferred from the Fourth District to the Accident Investigation Unit.

The family is taking donations to help in Caesar’s recovery at their GoFundMe page.