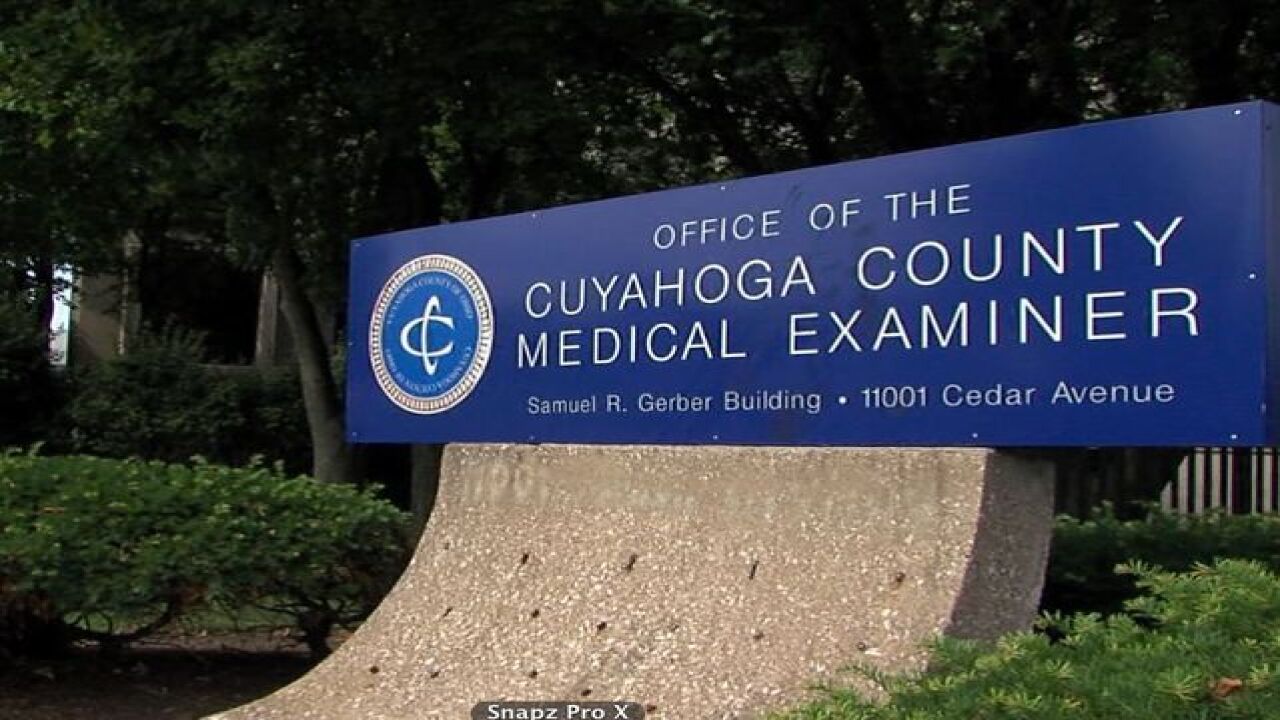 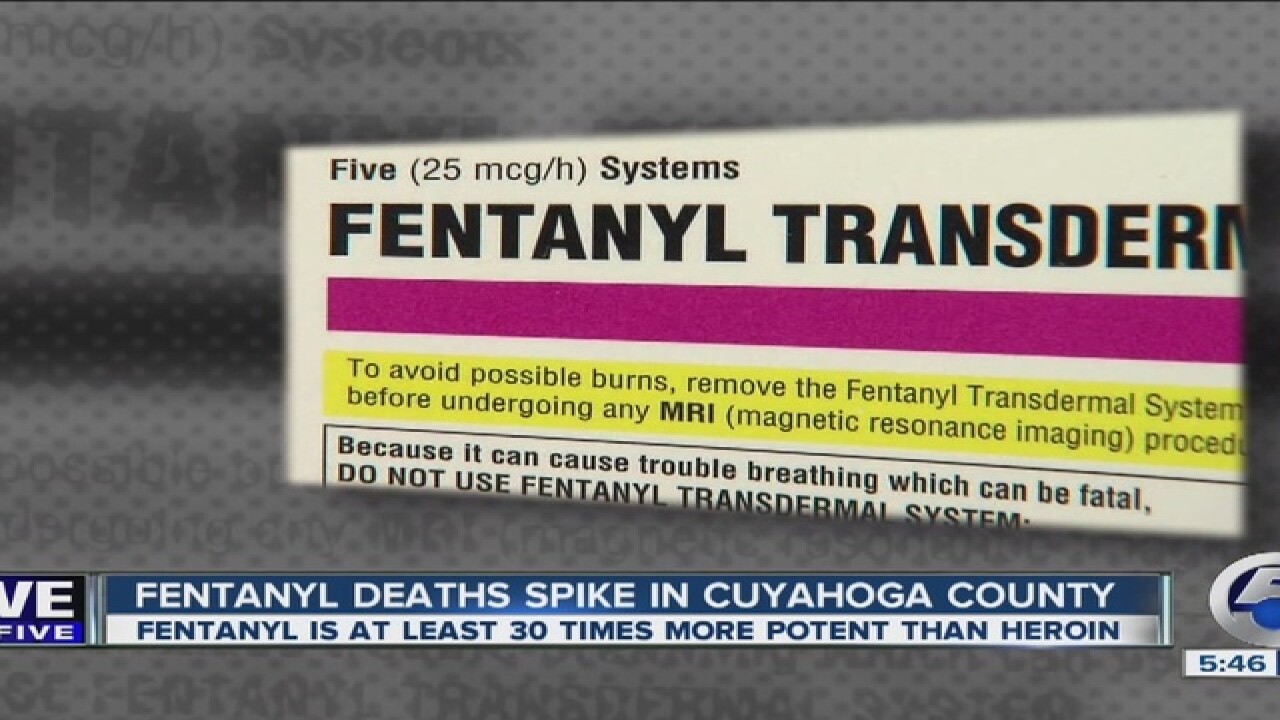 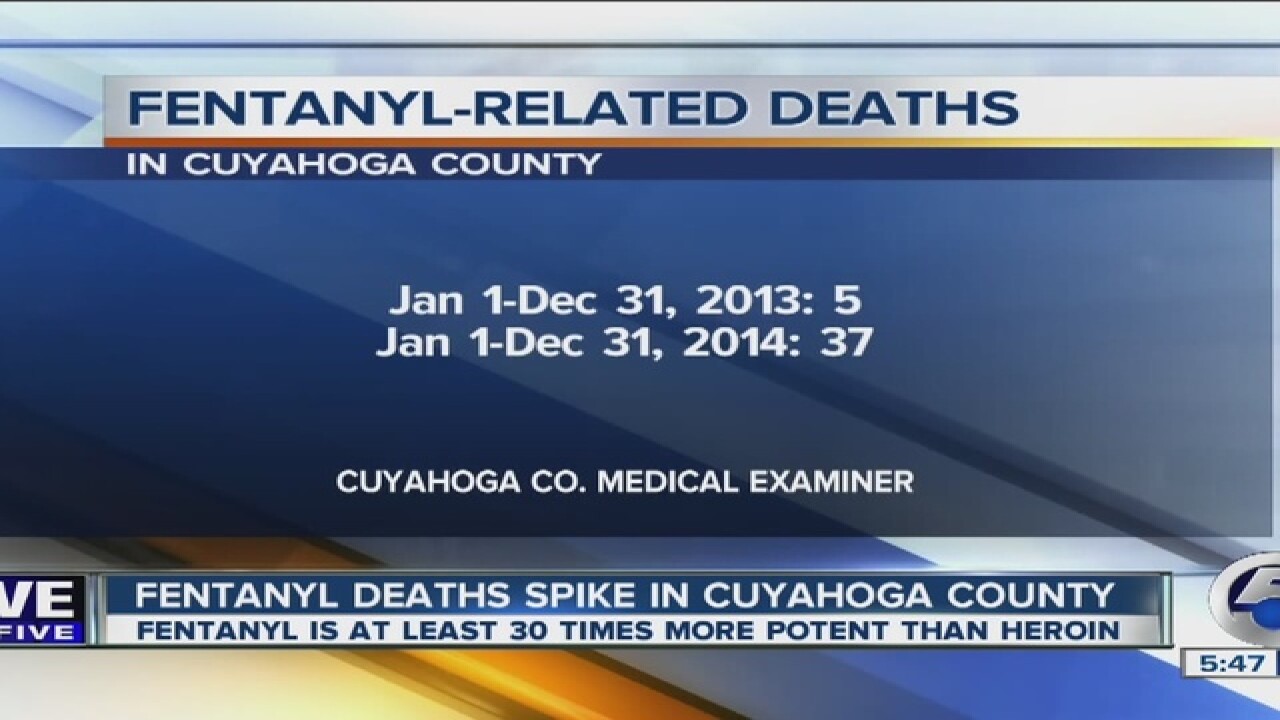 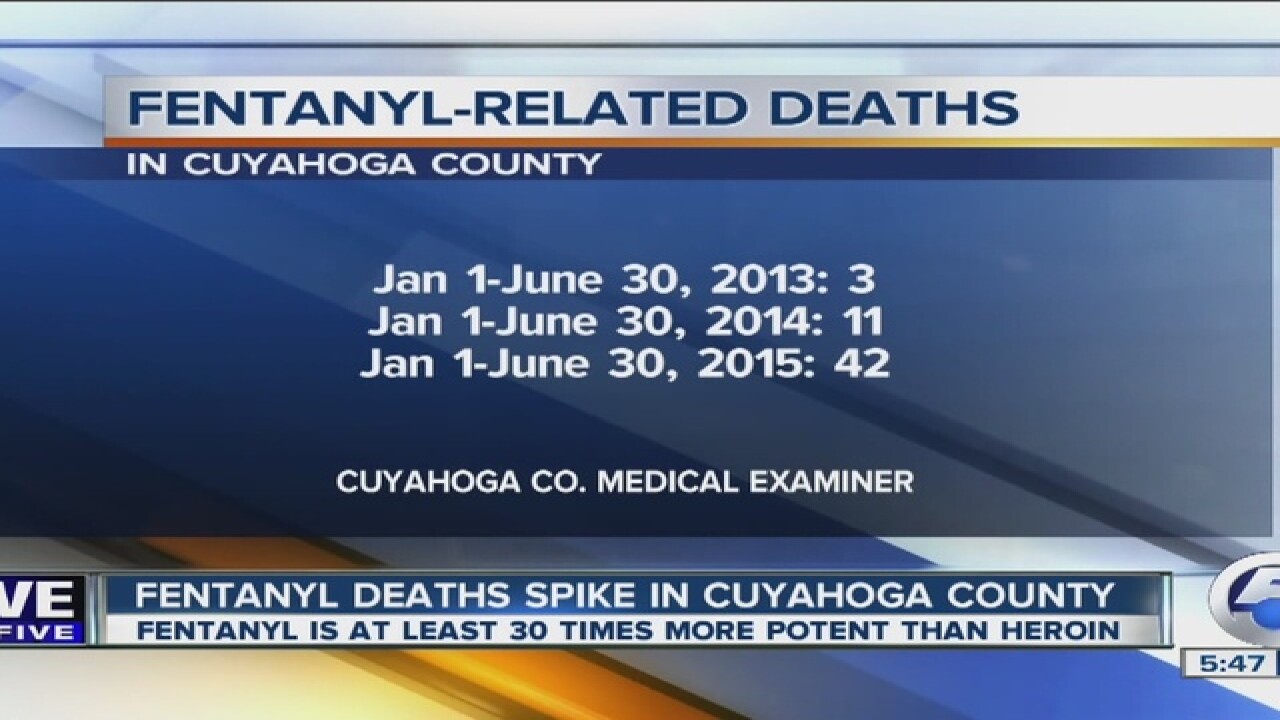 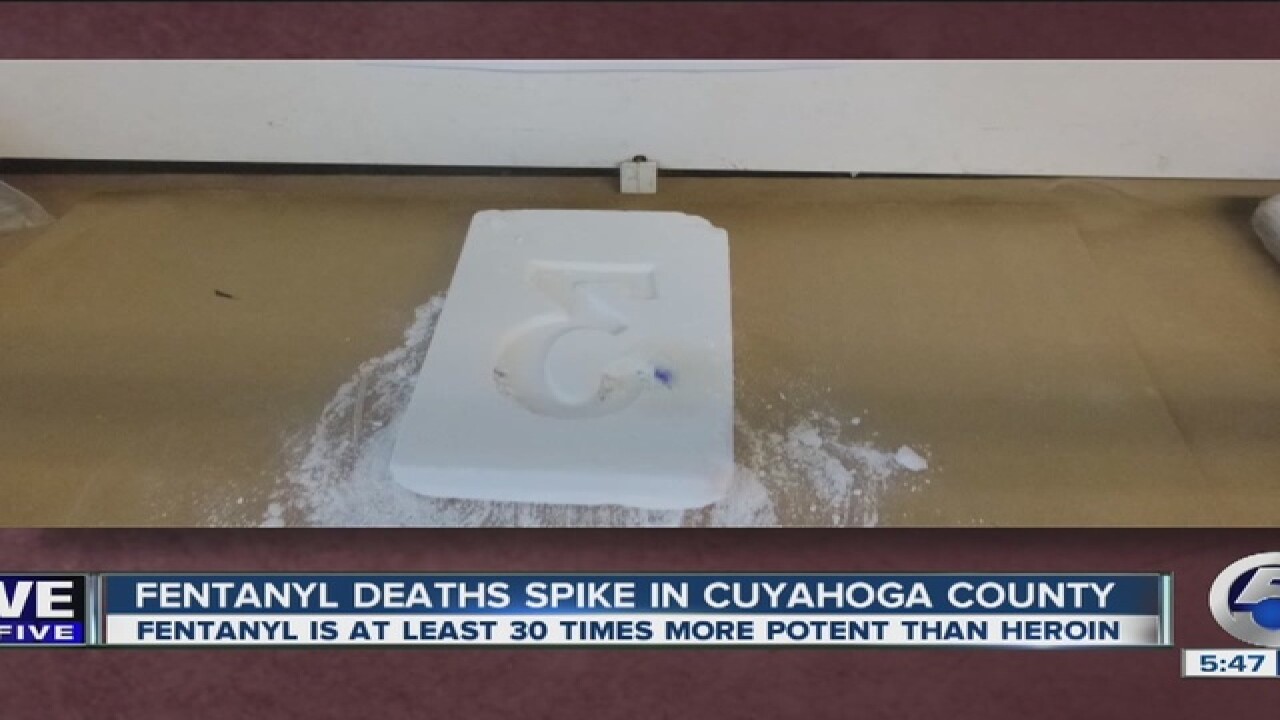 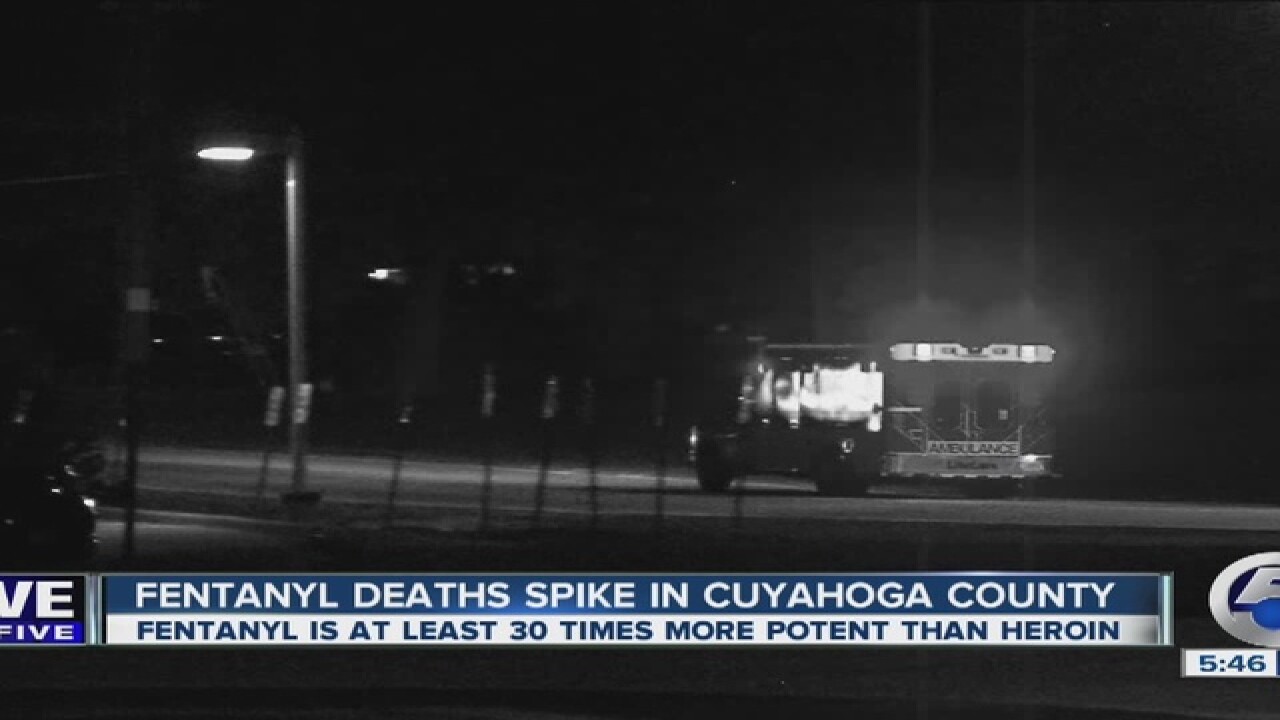 The Cuyahoga County Medical Examiner is warning the public about a spike in fentanyl-related deaths. The prescription painkiller is at least 30 times more potent than heroin.

"You can just fall asleep and don't wake up," said Dr. Thomas Gilson, the Cuyahoga County Medical Examiner. "You potentially go into a long sleep that you die in."

"It [fentanyl] can be injected intravenously, it can also be used as a patch that you put on your skin and has a sustained release," said Dr. Thomas Gilson, the Cuyahoga County Medical Examiner. "It can also be ingested through the mouth and used as an anesthetic."

"I overdosed on it, and I did not realize how potent that stuff is," said Allie from Lorain who did not want her last name used.

Allie said she chewed on fentanyl patches twice as a way to counteract the brutal pain of withdraw from heroin, and each time she overdosed.

Allie said her near-death experience prompted her to finally get help after four years as a drug addict.

"That was my road to recovery was that overdose off the fentanyl patches," she added.

The fentanyl statistics still rank well below those for heroin, where the deaths hover at nearly 200 annually.