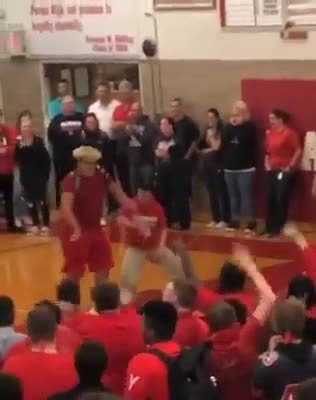 A student at Parma Senior High School captured a heartwarming moment on camera at the school's homecoming pep rally on Friday. 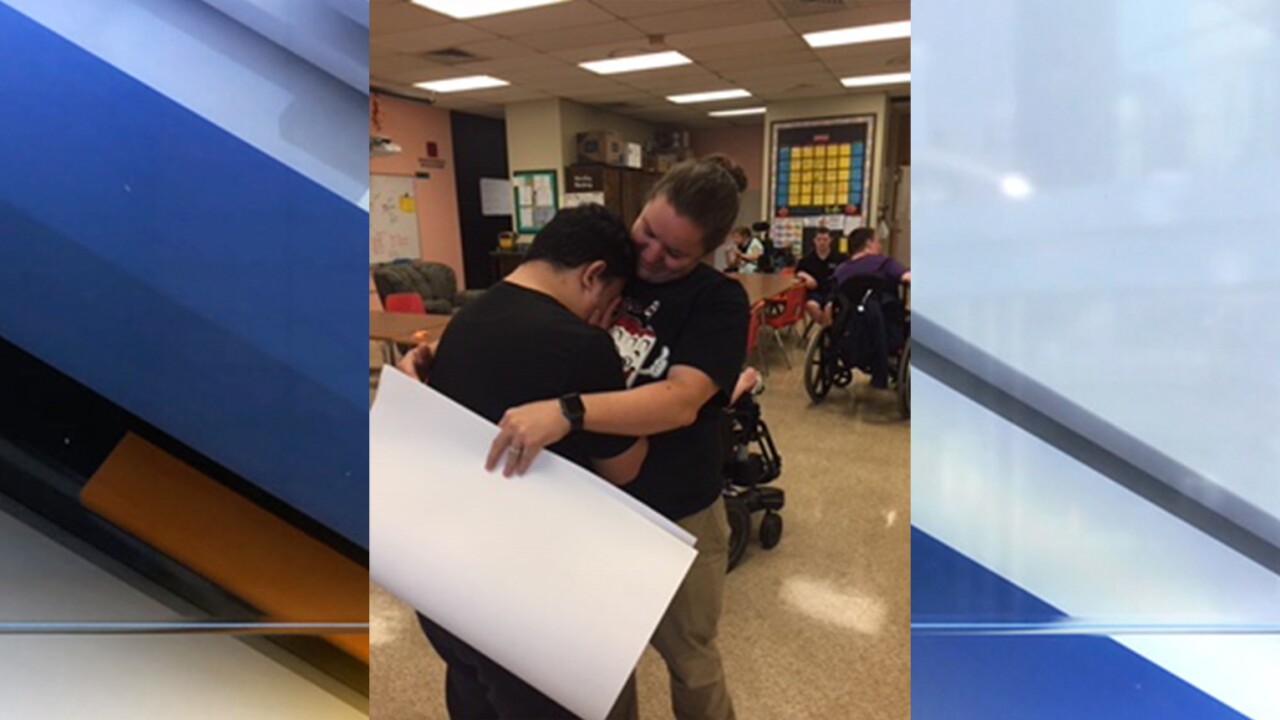 PARMA, Ohio — A student at Parma Senior High School captured a heartwarming moment on camera at the school's homecoming pep assembly on Friday when students flooded the court to dance with a boy who has special needs.

During the rally, teachers and students were having a dance-off when another student named Peter Kordahi, who has special needs, walked on the court and started dancing off to the side by himself.

That's when Jayson Chamber, a senior at the school, went over to Peter and started dancing with him. Soon the court was flooded with other students who joined in, according to Kylie Kurka, the student who shot the video.

"I barely know him, but he has a good heart," Chambers said to News 5 about dancing with the student. "I will never forget that smile from him."

Peter recently graduated but is part of a program at the school called PACTS, according to school principal Bridget Zywiec.

PACTS is "a dynamic employment and life skill training program for students with multiple disabilities. The ultimate goal of the PACTS program is to promote independence in the home, community and integrated employment setting, the district's website states.

Peter is "a popular student in the building because of his big smile and dances moves," according to Zywiec.

"So, when we had our homecoming pep rally yesterday, it was no surprise to the staff and students to see Peter come out onto the gym floor and dance. As principal, it bring me such joy to see our students be accepting and positive with students that have special needs," said Zywiec. "The school spirit and positive energy at the pep rally was an all time high for Parma Senior (High School). Those positive moments are what matter to our students and we hope to give them as many as possible. We want PSH to be a family and a place that is a home away from home."

This isn't the first time the school has rallied in support of Peter.

Just last month, Peter was asked to homecoming by another student—Kendra Hensley—who is a senior and enrolled in the school's Teaching Professions Career-Tech Program, Zywiec told News 5.

"Erin Austin and Katie Vento, Peter's teachers, said they have never seen Peter so happy and so emotional. He cried after Kendra asked him. Kendra is an amazing and caring student inside and out. She will be graduating this May. Kendra has known Peter for over a year and been his friend," Zywiec said.