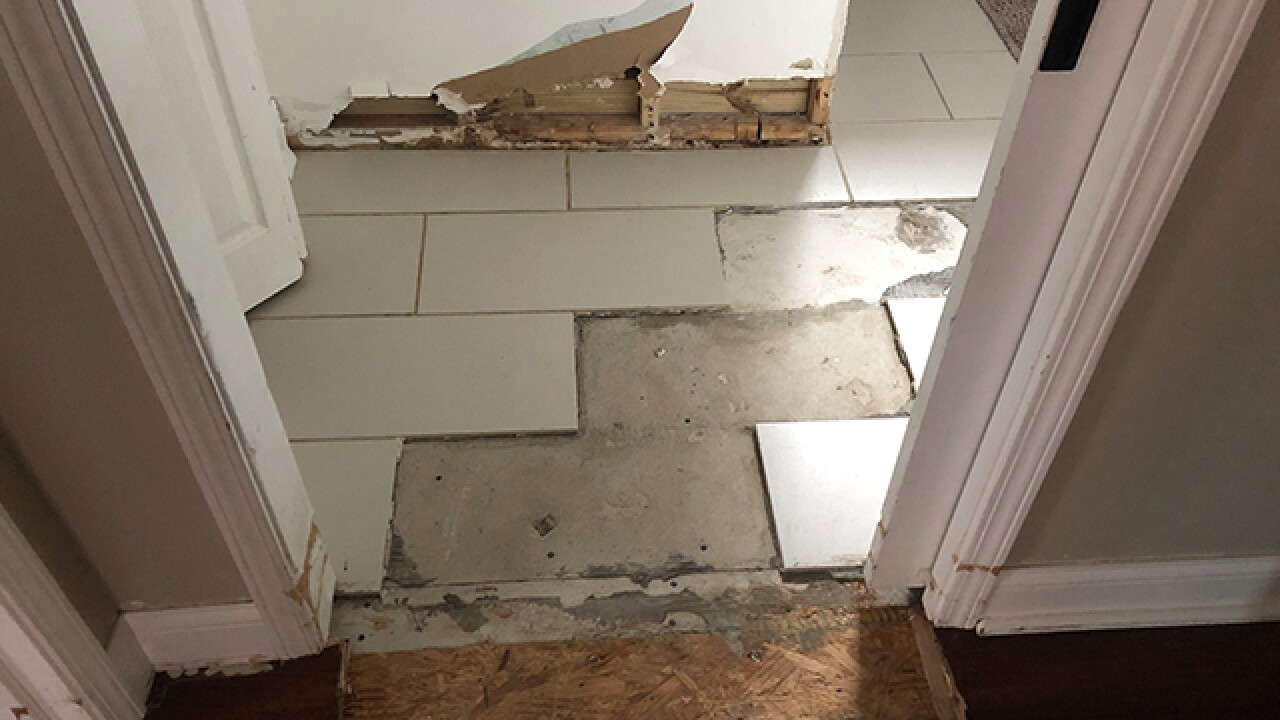 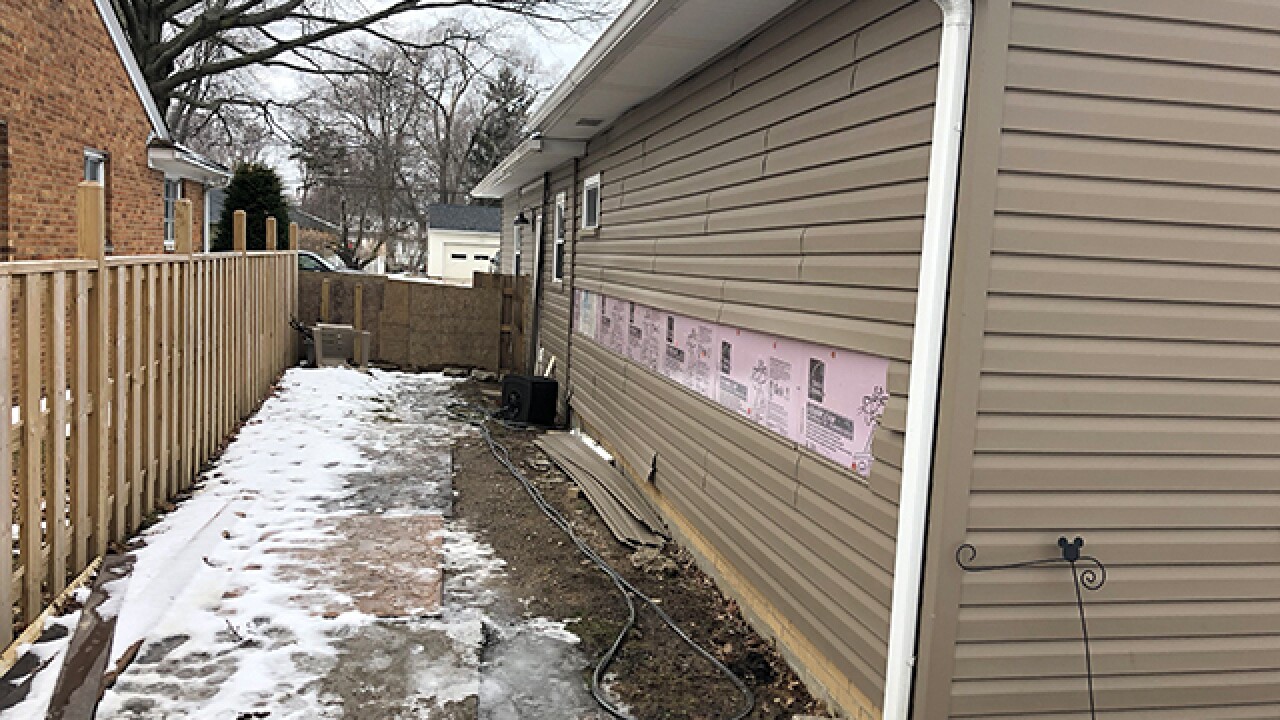 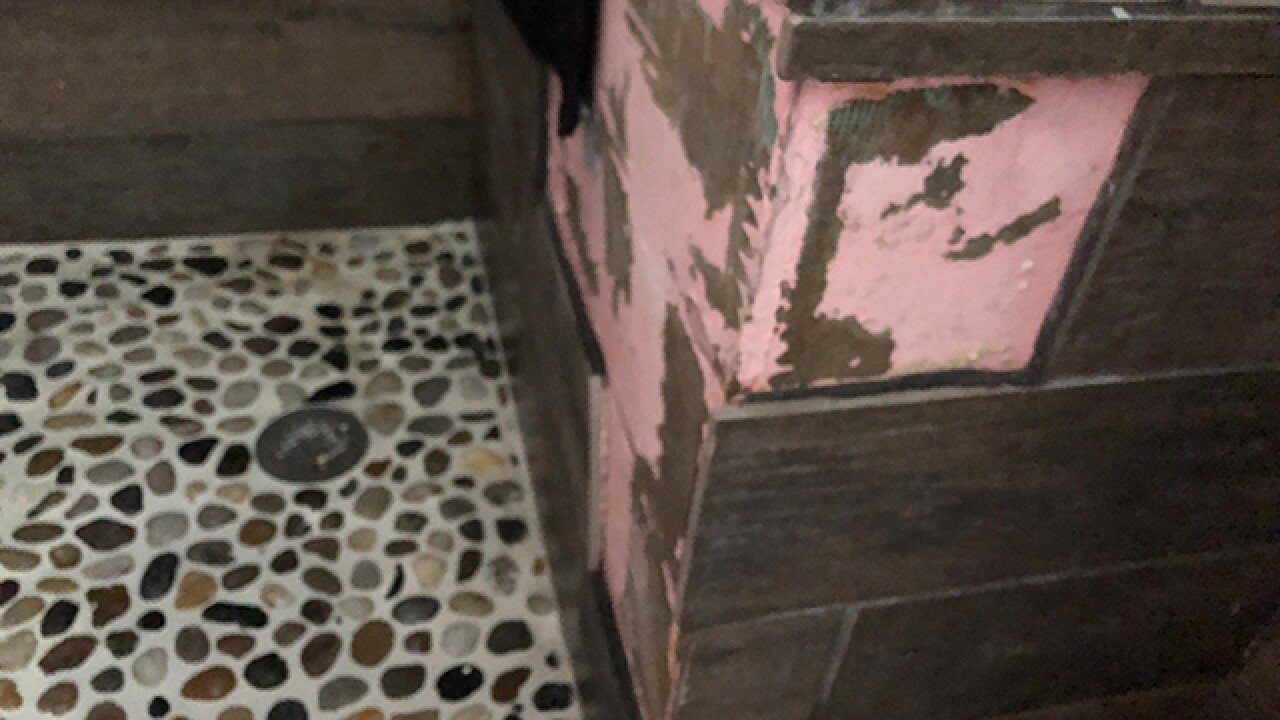 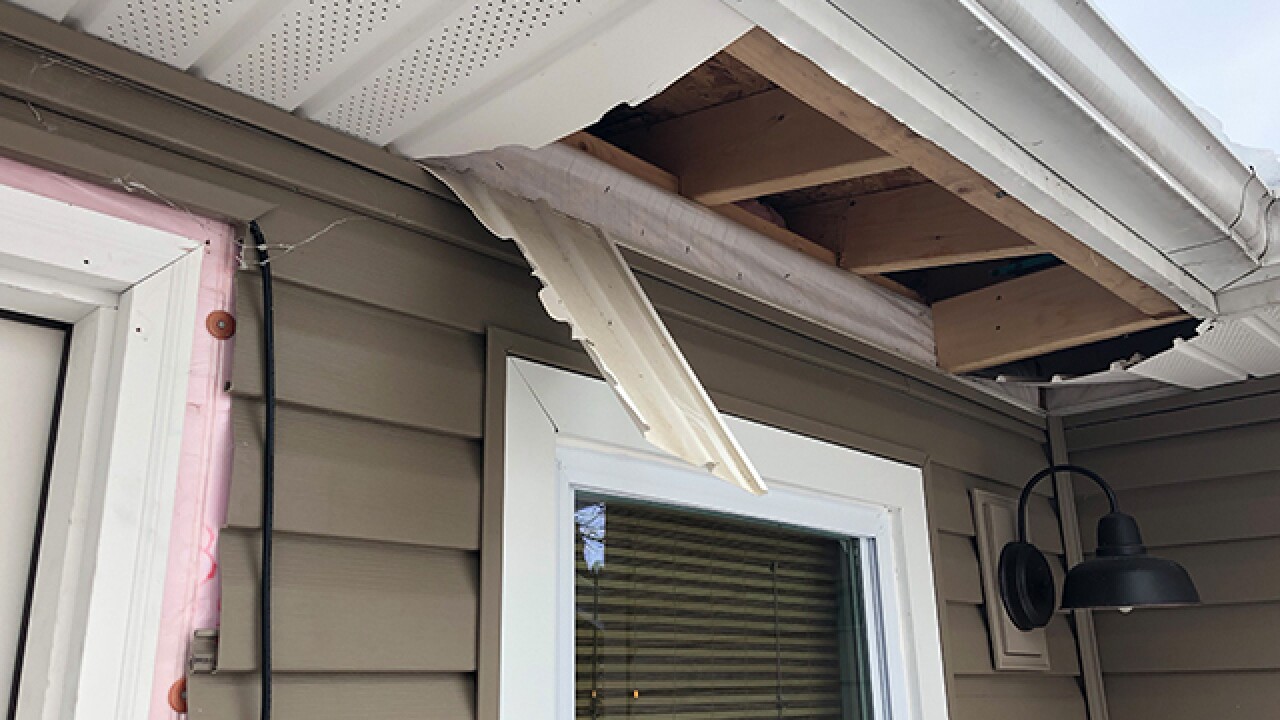 A remodel gone wrong has turned a Rocky River man’s home into a house of a horrors, he said.

A detached addition and unsecured light fixtures were just some of the problems before a massive leak sent water spewing into the interior last week. The contractor, however, said he felt he had to walk away from the job midway through, because constant changes to the scope of work left the project unmanageable.

Patrick Smith and his wife, Lori, moved to their home on Jameston Dr. about five years ago. After knee replacement surgery sent him into septic shock, one of his legs had to be amputated. He relies on a motorized wheelchair to shuttle him around the house while he tries to keep up with two spunky grandchildren.

“We trusted this guy and he did nothing but take advantage of us,” Smith said. “We’re now into it about $210,000. They tell me I can have a house at Red Tail (Golf Club) for that, but I’m obviously not golfing these days.”

Smith’s home currently looks as if it’s falling apart. Insulation is peeking out of several gaping holes in the drywall. Some of the tile flooring is no longer affixed to the subfloor and several overhead lighting fixtures are falling from the ceiling. The exterior siding has not been replaced around the French doors leading from the deck into the living room. The flooring is uneven and the living spaces are drafty.

And those are just the issues on the inside.

Outside the home, the exterior siding has peeled off of the home in several locations. Some of the soffit panels have also peeled off, exposing the roof structure.

“The addition is not even hooked up to the existing house. There’s a gap of about three-and-a-half inches between the addition and the house. The water and rain and any type of moisture has been running into our attic for two years.”

The flood came almost on the one year anniversary of the Smiths filing a civil lawsuit against Delmonico and ProCode Construction. The lawsuit intends to recoup $175,000 for work that was either never performed or was sloppily completed.

“I’ve never let my family down and I feel like I failed them,” Smith said. “We went into this green. I have never done this before…. I’ll put that on myself. But when you’re trusting in somebody that it’s going to get done, it’s going to get done. Every time I turned around, it was about more money.”

According to the lawsuit, there were four revisions to the original scope of work, which are called change orders. Each change order broadened the scope of work and expanded the overall budget. Delmonico told News 5 over the phone Wednesday afternoon that these change orders substantially impacted the schedule of the project. Additionally, the Smiths moved back into the home in October 2016 while construction was still underway.

Construction crews had to contend with and constantly move furniture, which dramatically slowed progress.

“The job became unmanageable. Yes, we walked off the job, but we felt like we had no other choice,” Delmonico said. “We were backed into a corner. Everything would have been completed within six months if they had not moved back in.”

Smith said he and his family moved back into the home because they were promised they could move in by that time, per the contract.

“Because he was dragging, we came in on October 1st. We were guaranteed that for the extra bit of cash,” Smith said.

According to an email contained in the lawsuit, Delmonico expressed frustrations with the project in the summer of 2016, nearly a year into the expensive overhaul.

“There were things that happen on the job that we caused and I take full responsibility for. I understand that we have to fix siding, flashing on roof, window caulk, etc…,” Delmonico said in his email to Pat Smith. “You tell my guys and myself this every day… You have broken your end of the contract in so many ways buy moving in on top of us. I have pictures of your items in the scope of work and on top of our plywood. Chris’ room is unworkable because all his things are on the plywood… I have told you not to speak to my [sub-contractors] and you have each and every one of there [sic] phone numbers. You have called my [sub-contractors] without my permission and I have suffered the costs… This job has gotten out of hand and I’m prepared to call my attorney if I need to resolve this issue.”

Smith insists that he did not accost Delmonico’s subcontractors, who were also named in the lawsuit. Smith said he was nothing but welcoming to them, citing the holiday party he threw for the crew.

“Treat people how you want to be treated, I’m a believer in that,” Smith said. “[Delmonico] will get his.”

Delmonico said the civil lawsuit against him is being handled by his insurance company.