Weather causes build-up of monarchs at Lake Erie, but experts say they may be gone already 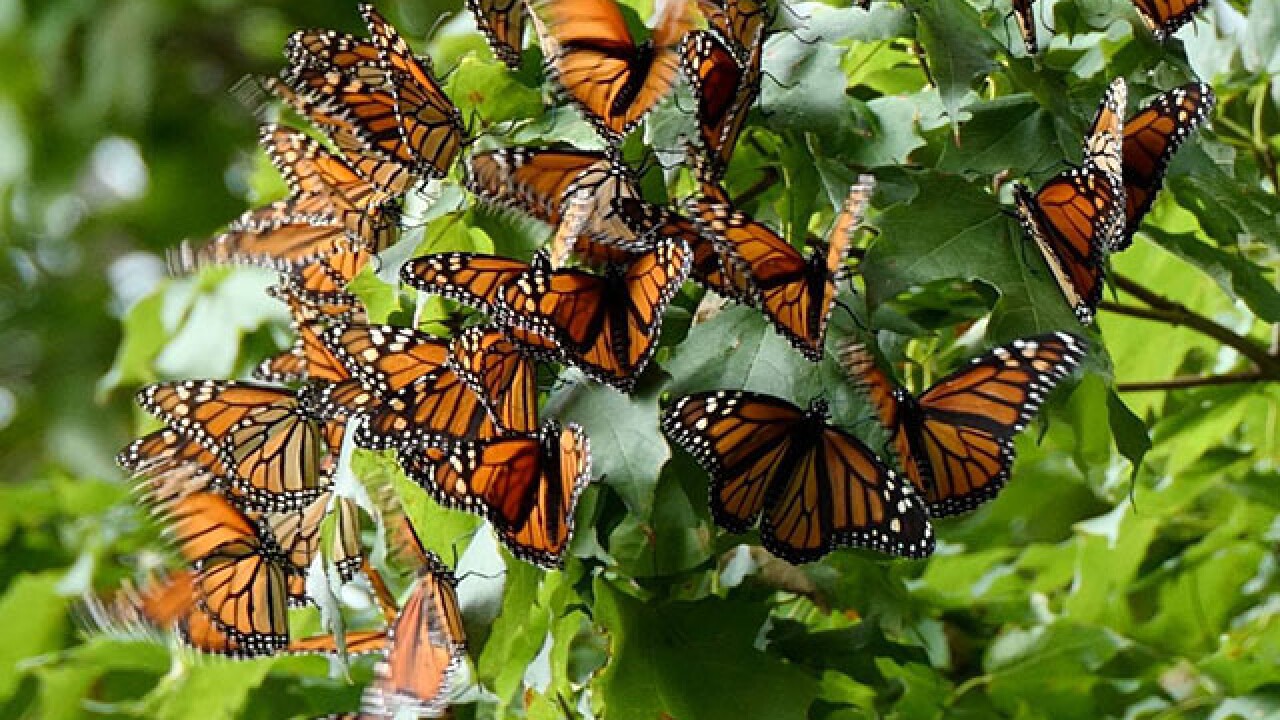 Copyright 2018 Scripps Media, Inc. All rights reserved. This material may not be published, broadcast, rewritten, or redistributed.
<p>William G. Barnard IV took this photo of monarchs roosting in Sugar Maple and Oak trees on Sept. 9 at Put-in-Bay.</p> 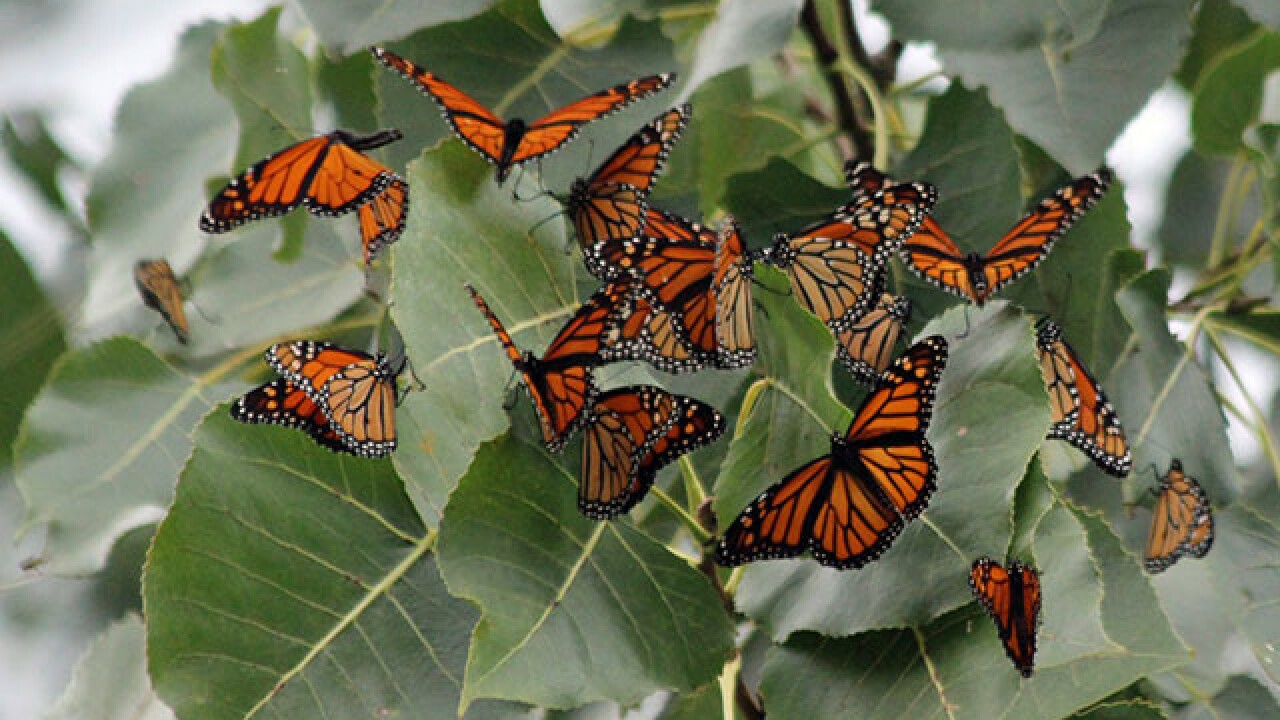 Thousands of monarch butterflies made the shores of Lake Erie their temporary rest stop earlier this week before migrating south. When news got out that they were at Wendy Park at Lakefront Reservation Cleveland Metroparks, visitors made sure they got a glimpse of this migratory phenomenon. While this sighting of monarchs lasted for several days, naturalists say it may be too late to see a large cluster of monarchs because of changing weather conditions.

Naturalists who monitor the migration of birds and winged animals throughout the year said weather conditions played a big role in what they call a 'fallout'—a period when the presence of monarchs build up along the lakeshore over a span of several days.

When the monarchs depart from Canada, they use the lakefront to rest and refuel before making the long flights south to the Gulf Shores of Mexico, Central and South America.

"The M=monarchs roost on the cottonwood trees after arriving from Canada," said Marty Calabrese, a naturalist for Cleveland Metroparks. They flock to any green space to stay safe overnight until they can begin their journey the following morning. But when there is nonstop rain like there was earlier this week, it prevents them from departing from the Cleveland area, causing a build-up of monarchs coming from Canada.

If you stopped by places like Wendy Park and Whiskey Island earlier this week, chances are you spotted a build-up of monarch butterflies clinging to the cottonwood trees.

"It's a phenomenon to see so many monarchs. You can't expect this every year," Calabrese said. "Everyone forgot this [migration of monarchs] was a thing until we started seeing photos of them returning to the shore of Lake Erie. Now, everyone is in tune with this."

Calabrese said at one point this week, there were an estimated 2,000 monarchs roosting at Wendy Park, along Lake Erie. The last time there was a major influx of monarchs spotted in Cleveland was in 2015.

The butterflies were driven by rain and cold temperatures to roost in the trees in the lakefront habitat, and now that the rain is gone and the temperatures are warmer, Calabrese said its unlikely visitors will see a large cluster of butterflies like visitors saw earlier in the week.

He was at Wendy Park early Thursday morning and only saw a few monarch butterflies hanging around near the shoreline.

With the cool, rainy days we've had in September so far, Calabrese predicts this weather will pay off in October with vivid fall colors lasting longer.