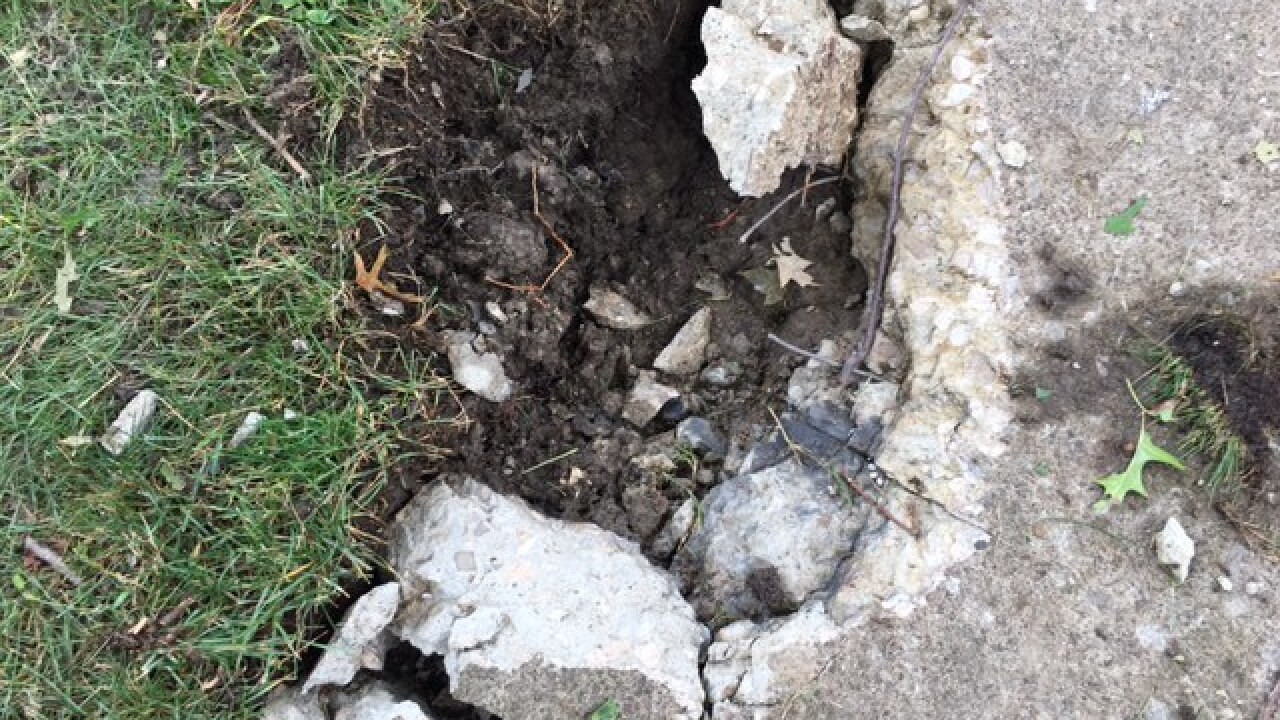 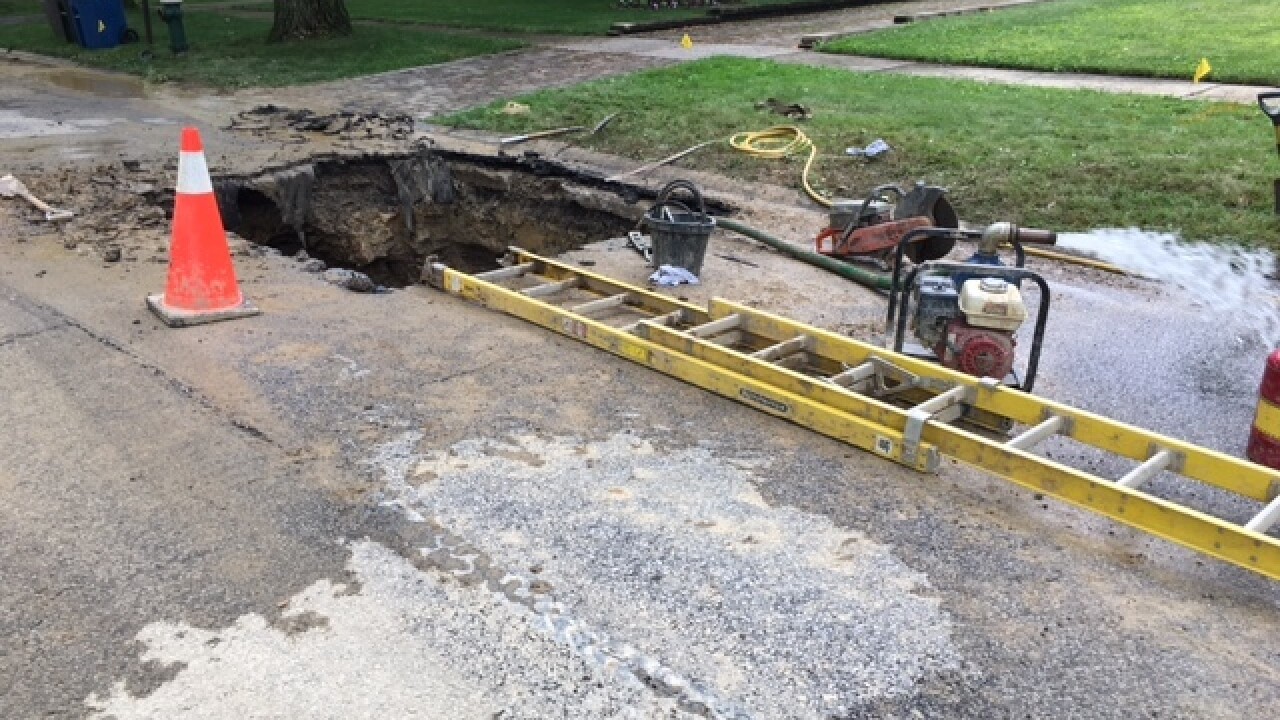 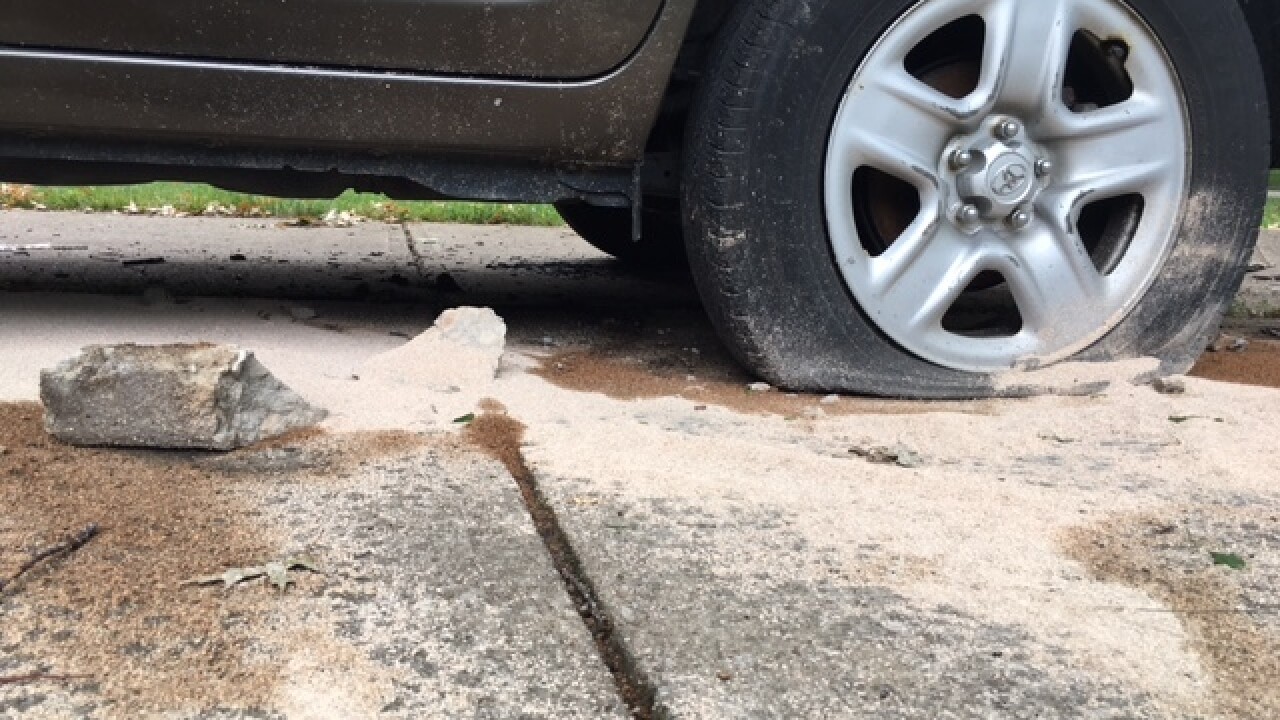 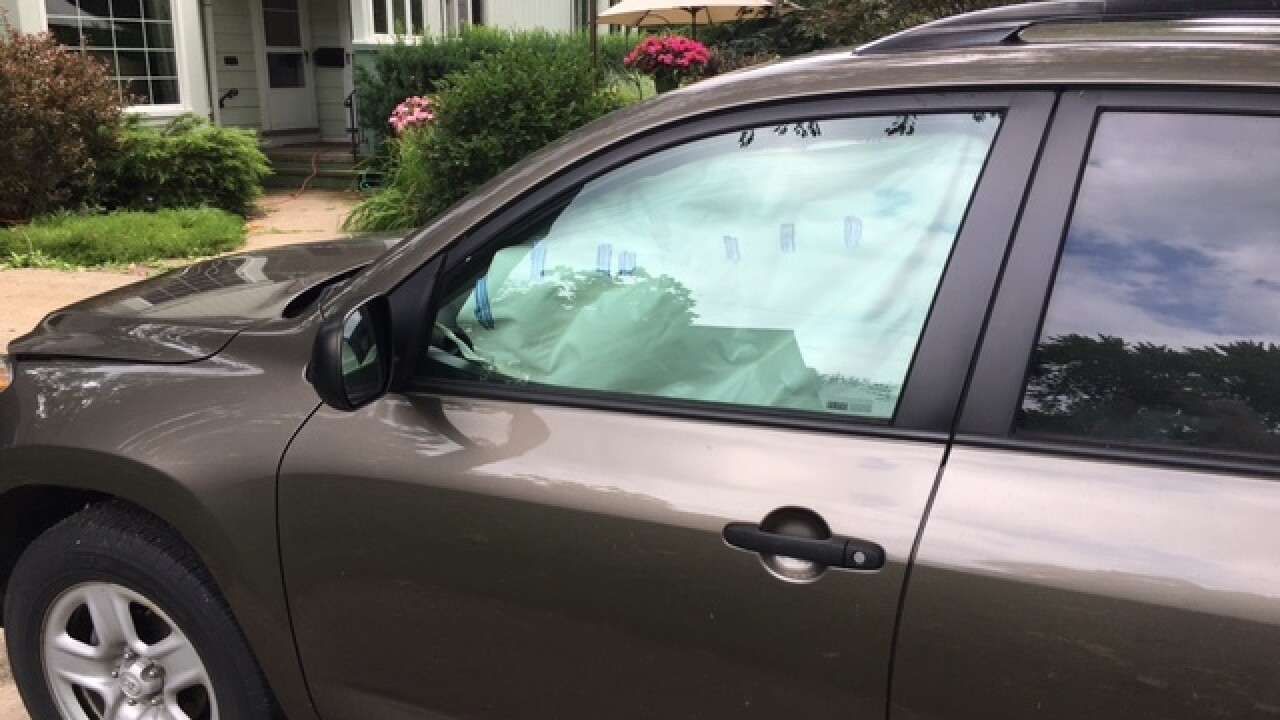 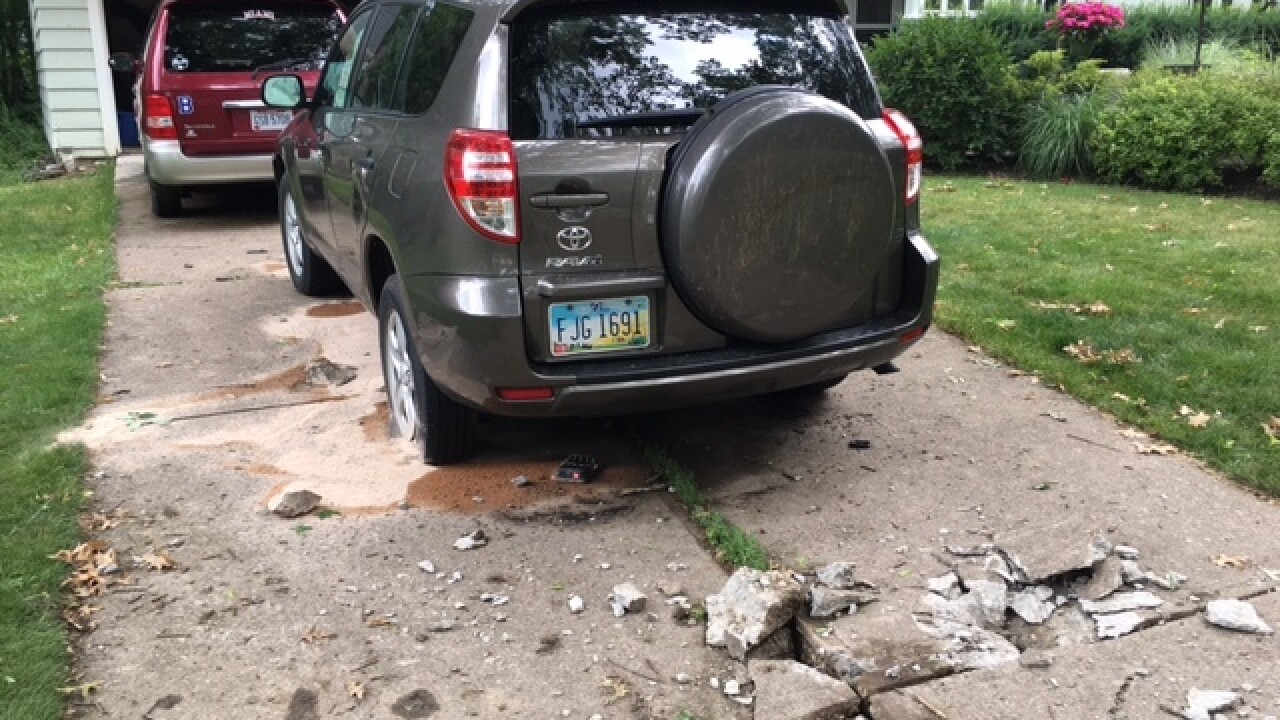 The damage from a lightning strike left one Bay Village homeowner with a mess to clean up.

Bay Village Fire Department officials said they have seen lightning cause damage every year but this is the most extensive damage they have seen in a long time.

The owner of the house on Lake Forest Drive said after the lightning strike, it sounded "like a bomb went off."

The sound was so loud it knocked Donna Blocksidge and her husband out of bed.

The owner said the lighting struck his car parked in the driveway causing the airbag to go off, the car to turn on and a front tire to flatten.

"I thought it was just the power that went into the front room and could smell some smoldering," said Blocksidge.

They quickly noticed it was much more than a power outage. The lightning strike left the driveway peppered with holes and debris.

The outlets in front of the house were blown out of the wall.

Crews were also called to the scene because the lighting caused a water main break to explode.

"The fire department thinks the car was actually lifted up and then put back down, and then there's the water main break," Blocksidge said.

Water crews were out at the house since 4 a.m. fixing the water main break.

Officials checked the house to make sure it was safe for the homeowners to go back inside.

Blocksidge said she feels thankful they were inside at the time.

"Actually, if anyone had been outside at the time? If this happened during the day? This would have been horrendous," she said.

The Cleveland Division of Water issued this statement regarding the break:

Identifying the cause of a water main break is a complex endeavor. Based on our experience, we are not aware of other instances where a lightning strike caused a water main to break. We are, however, going to bring the pipe back to our Engineering Field Services Office for a closer inspection. Repairs to the water main are underway and should be completed shortly.