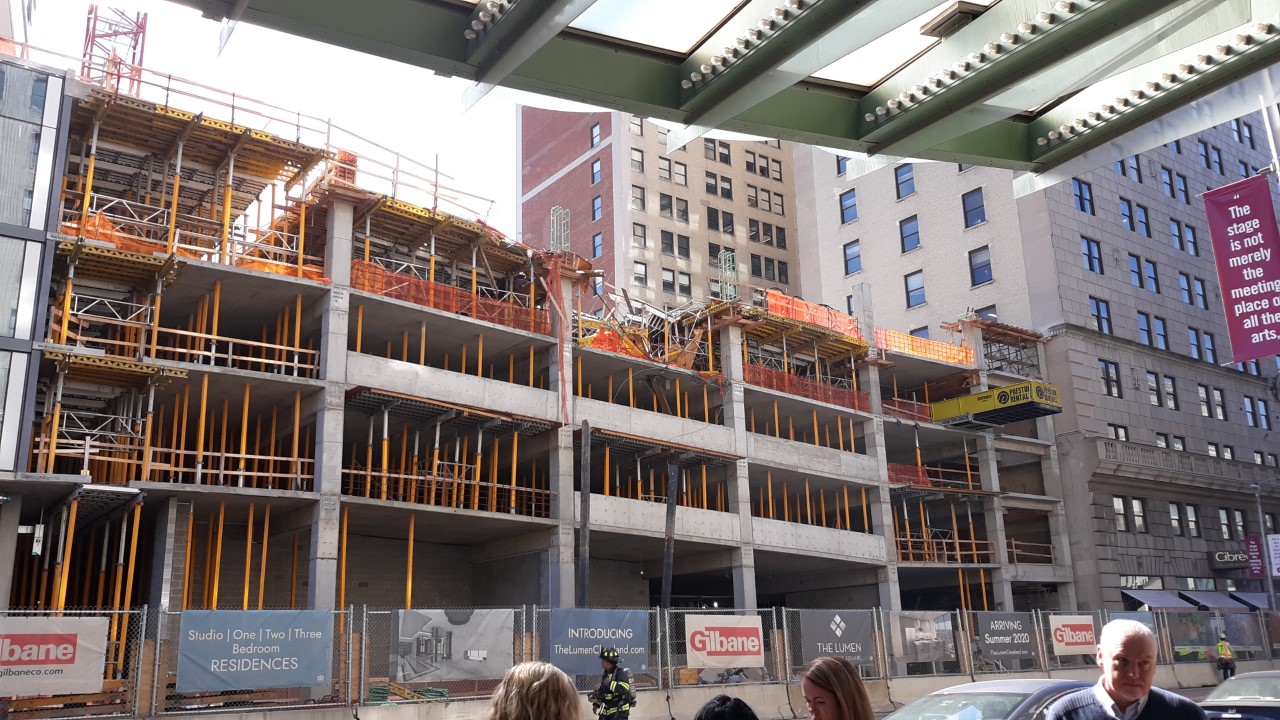 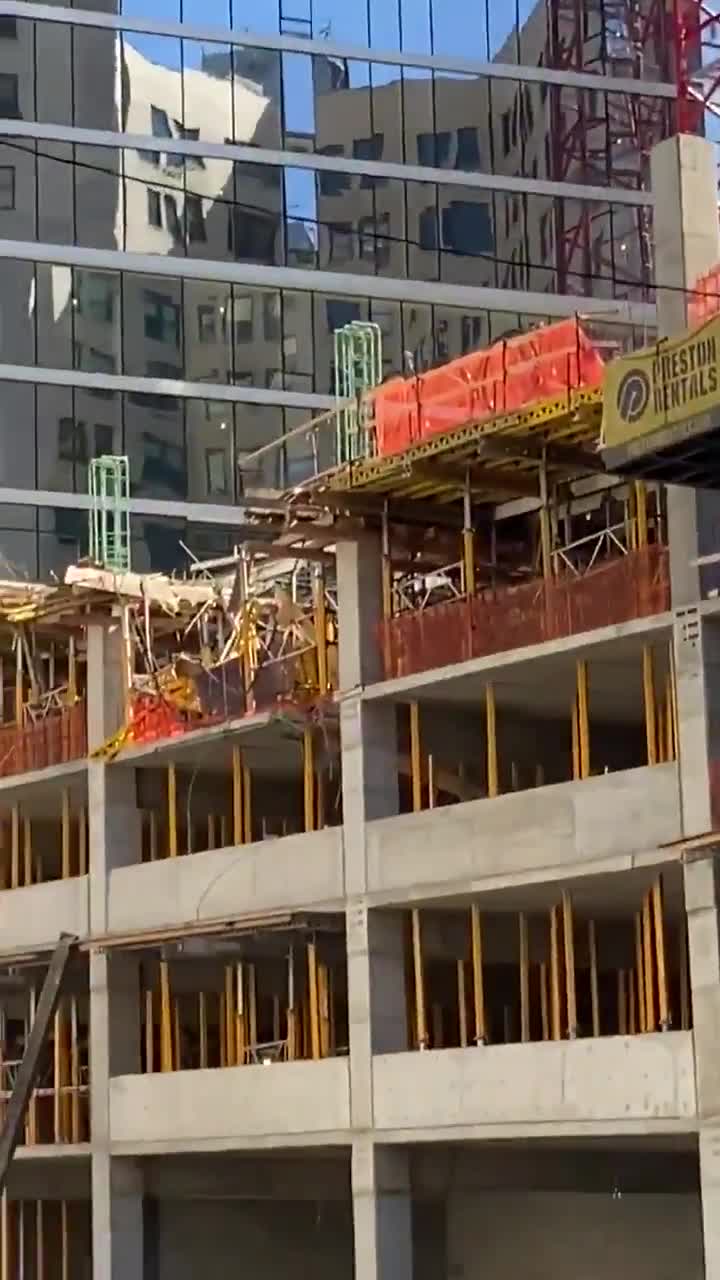 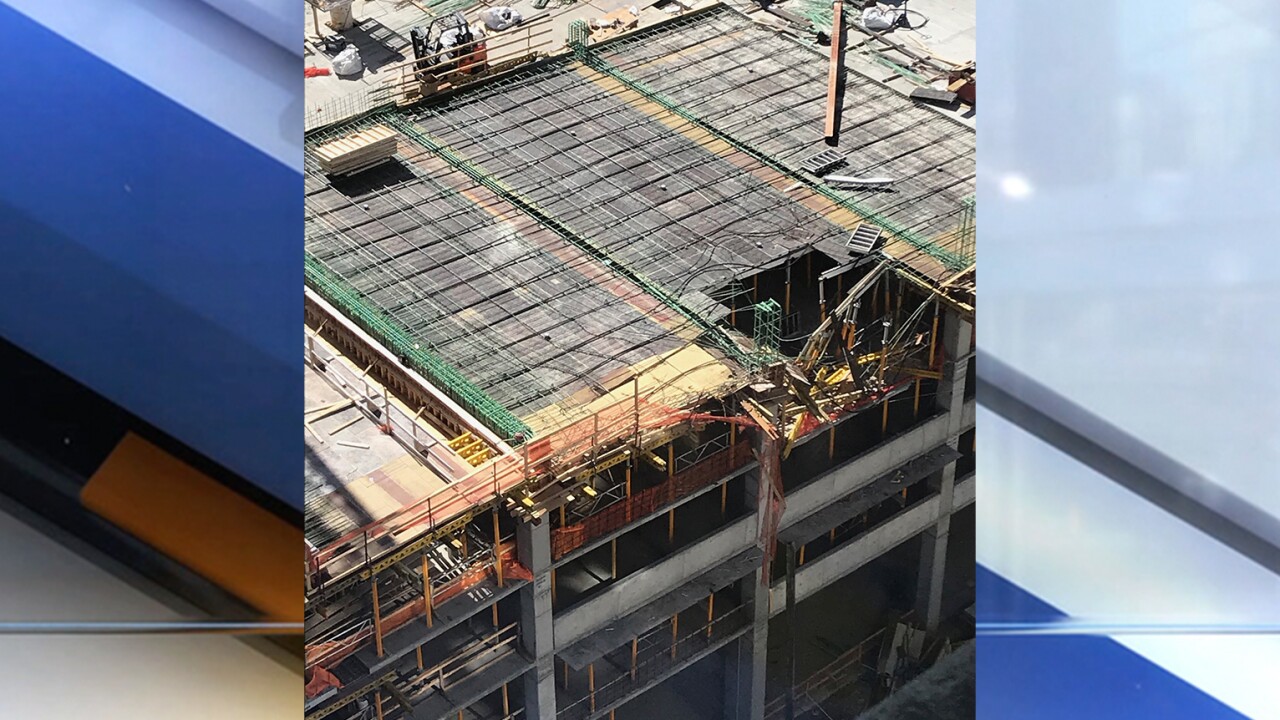 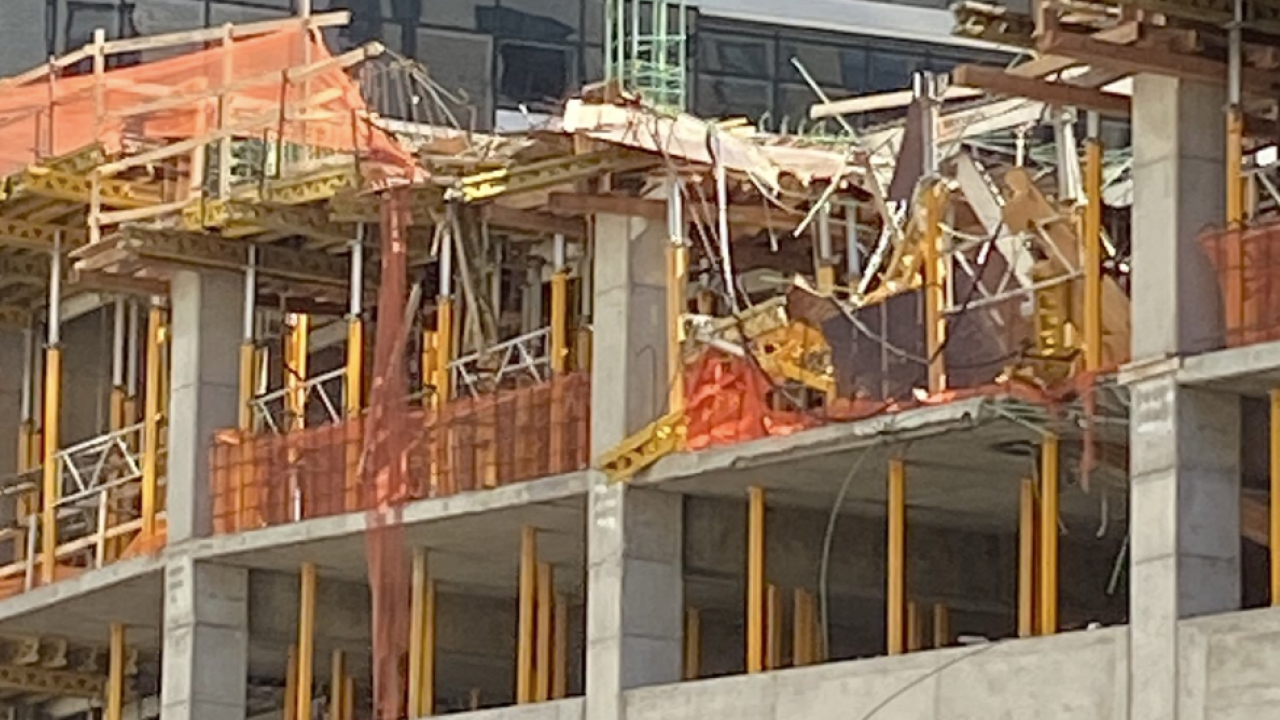 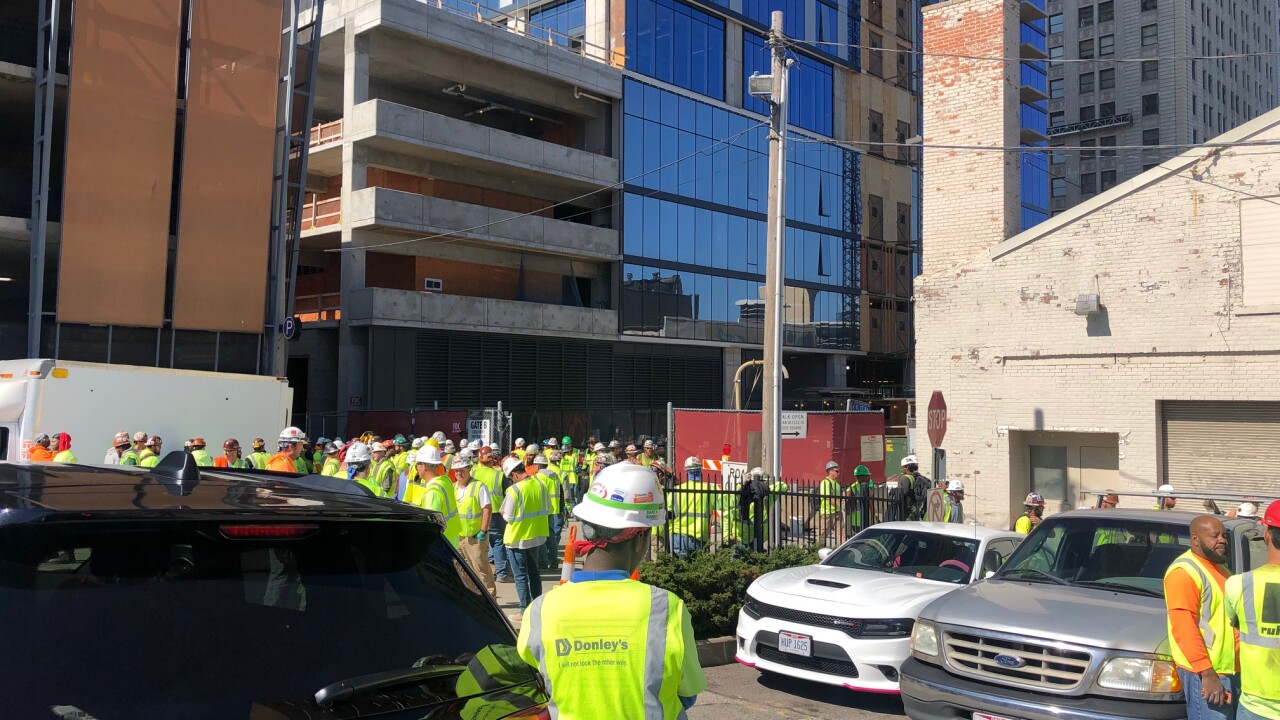 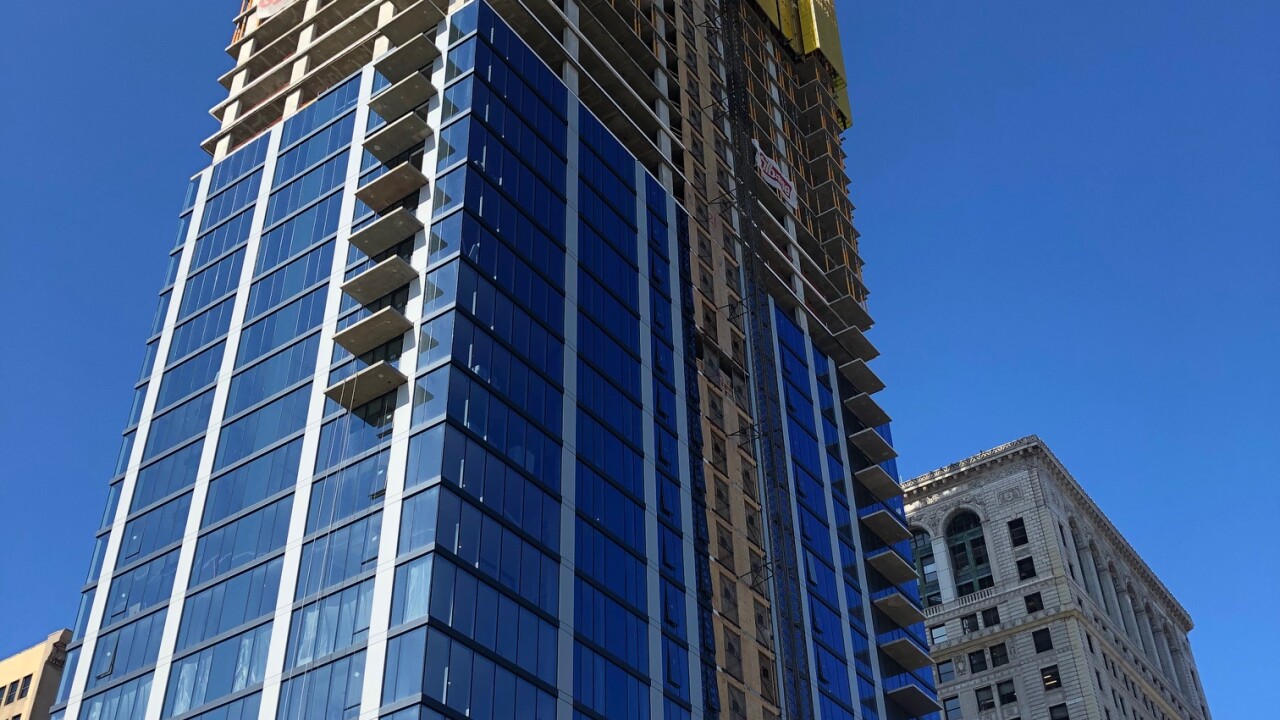 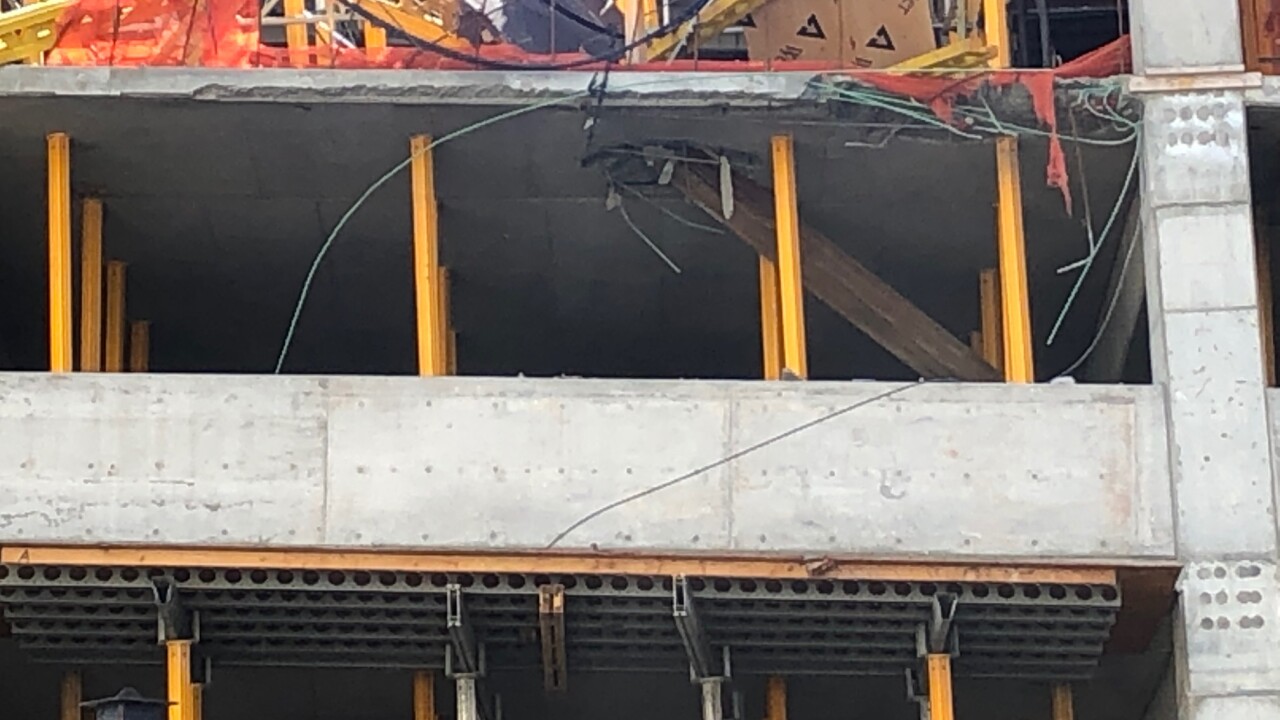 CLEVELAND — Investigators are trying to determine why a load of steel beams feel from a crane and damaged a parking garage under construction at Playhouse Square on Thursday afternoon.

A spokesperson for Playhouse Square said the accident happened at The Lumen, an apartment building currently under construction. Damage was limited to the construction site. No injuries were reported.

"We saw some yelling 'no, no, no' and we looked up and as we looked up four bars fell from the sky, or the crane up there," said Shri Shah a Cleveland State University student who was nearby.

"I was pretty scared," said Aaron Trachtman who works across the street but was outside when it happened around 1pm. "I know some people were walking down the street and like 'oh my God, I can't believe that happened' holding their chests and stuff."

AirTracker 5 view of the steel beam accident at Playhouse Square

News 5's Jon Rudder was in AirTracker 5 and captured an overhead view of the scene. He said the crane was about 35 stories up, based on floor markings on the under-construction building. The beams fell about 31 stories onto the fourth floor of the parking garage.

A spokesman for Gilbane Building Company, the contractor on The Lumen, a load of structure beams shifted during transport and fell onto the parking garage next door door. The company says it is trying to determine what happened and has suspended the use of the crane until it can be inspected.

Euclid Avenue between East 14th and East 18th streets was be closed for much of the day Thursday. A spokesperson confirmed at about 6 p.m. that Euclid Avenue was reopened.

The accident did not impact the Playhouse Square theaters or other buildings nearby. Thursday evening shows will go on as planned, the spokesperson said.

A News 5 viewer was near the scene and captured images of damage to the building currently under construction.