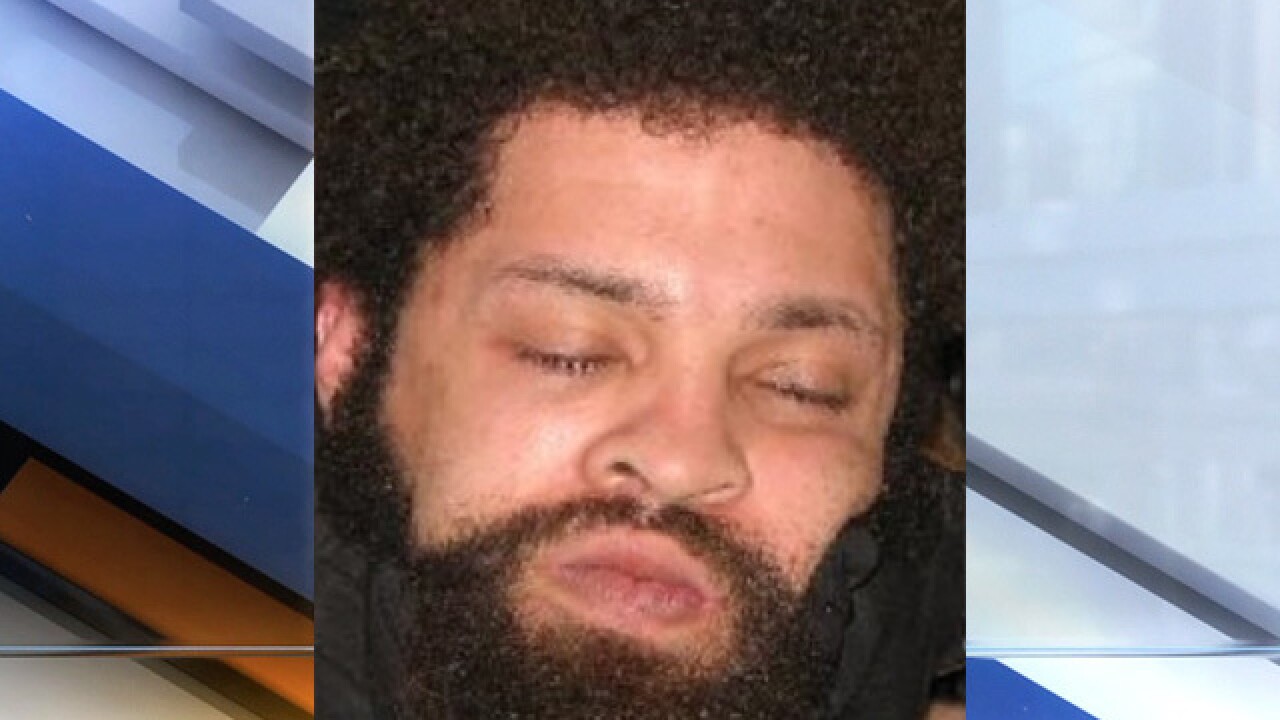 Copyright 2018 Scripps Media, Inc. All rights reserved. This material may not be published, broadcast, rewritten, or redistributed.
<p>Andre Williams</p>

Police in South Euclid said a man cast a Voodoo spell on officers when they arrested him during a domestic disturbance call.

According to police, the man, later identified as Andre Williams, appeared agitated when officers arrived to investigate the call and repeatedly said Baron Samedi, the Haitian spirit of death and the afterlife, would get all of them. Officers also noticed the car he was standing next to had fresh damage to the front passenger side, and Williams claimed he hit a deer earlier in the night but could not say where. As police continued to ask him questions, they said he continued to invoke the powers of Baron Samedi to get them.

While police investigated the domestic disturbance, officers asked Williams to provide identification, but he refused. Officers advised Williams that if he did not provide identification he would be arrested, and his response was to place his hands behind his back and tell the police to arrest him and take him to jail, according to the police report.

Williams was placed under arrest for refusing to identify himself as officers investigated a domestic disturbance and a possible car accident. Officers said they found an Ohio identification card in his pocket when they searched him. Williams was found to be driving under a suspension and failure to reinstate his license. He also has an active warrant with the Butler County Sheriff's Officer, but officers said it is outside the pick-up radius.

After investigating, officers determined Williams and his girlfriend got into an argument, and he drove away in his car. On his way home, he hit a deer, and then the pair got into another verbal fight, officers said.

According to police, Williams was uncooperative throughout the booking process and again threatened officers with death through the power of Baron Samedi. In the police report, officers added that there has been no contact from said Voodoo spirit.

Williams refused to answer booking questions or change into a booking uniform, police said. Officers had to forcibly remove his clothes. Then, Williams slapped an officer on the side of the head.

Once officers were able to move a still-naked Williams into a cell, he urinated on the floor, the police report said. Police said he eventually put a jail uniform on.

Williams continued to behave poorly and tore the security camera from the ceiling inside his cell. When officers went into the cell to investigate, they said the camera was in the toilet.

In all, Williams was cited for driving under suspension, failure to reinstate and failure to disclose personal information. Charges for assaulting a police officer and vandalism are pending.