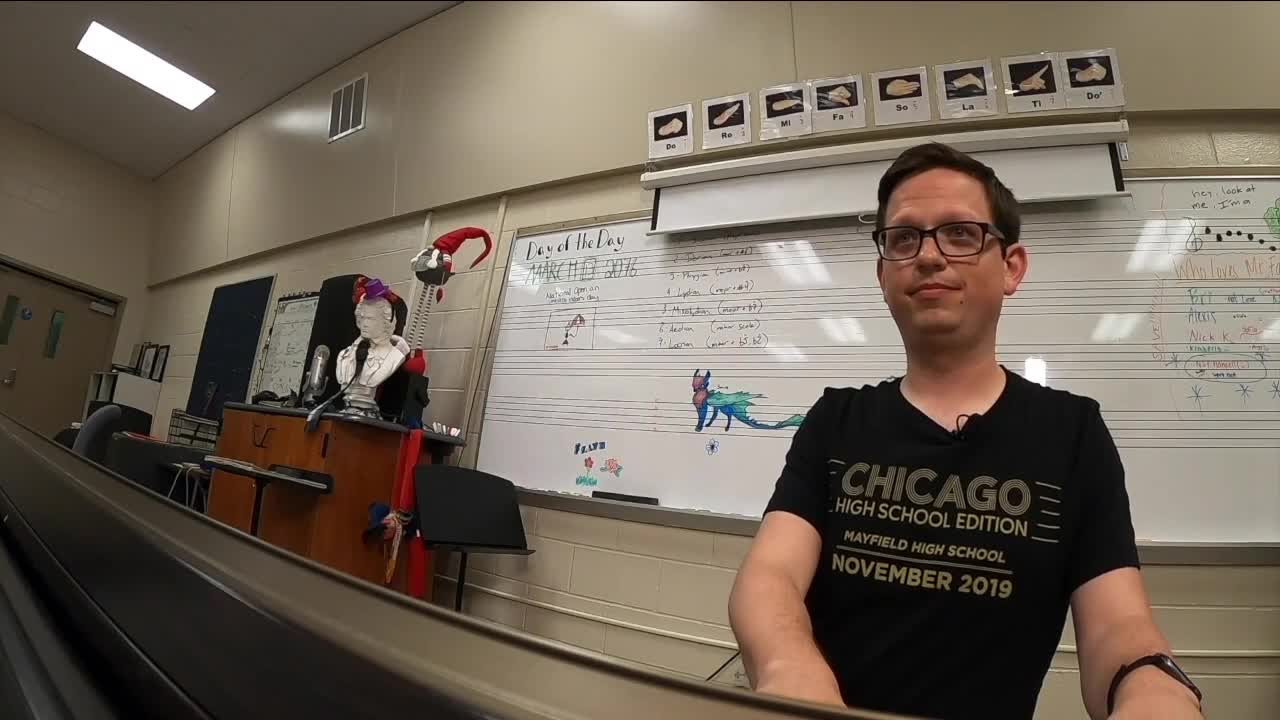 Closing out a chapter of their lives with a special choir performance, students at Mayfield High School found a creative way to say farewell while facing the emotional fallout from COVID-19. MAYFIELD, Ohio — Closing out a chapter of their lives with a special choir performance, students at Mayfield High School found a creative way to say farewell while facing the emotional fallout from COVID-19.

The dry erase board inside the choir room marks the moment in March that the singing came to a screeching halt.

With the final weeks of their senior year scrapped, more than a half-dozen recent grads found a way to reunite despite social distancing.

“To hear my voice among this group of people for one more time, it was just so emotional,” Maggie Hall said.

To maintain the tradition of a vocal performance at Mayfield’s graduation ceremony, which is virtual this year, Fancher started gathering video of his students performing a song from the hit Broadway musical "Dear Evan Hansen."

The original plan was to mash-up all the clips of them singing ‘You Will Be Found.’

“It’s really difficult to emulate from a distance,” Fancher said.

A few weeks in, Fancher heard from the company producing the virtual graduation, asking what it could do to help.

That was the tipping point in the production.

“I had no idea this is what it was going to become,” Fancher said.

With a barren school campus as a backdrop, the seniors performed the song with lyrics that hit home.

“Even when the dark comes crashing through, when you need a friend to carry you, and when you’re broken on the ground you’ll be found,” said Brie Mosley, a choir member.

A much-needed reminder, not just for these seniors struggling with loss, but for anyone who has felt isolated and emotional during this pandemic.

“The song goes from this lonely tone to just having that kind of hope and coming together. Hopefully we can portray that message to the student body,” said Nickolas Korzhiletsky, another choir member.

Another line from the song leaving a lasting impression on these young adults is “out of the shadows morning is breaking and all is new.”

“When this is all over, we’re going to be such a stronger group of people,” Hall said.

While it is not the way they wanted to end their high school run, the video performance pulled the students together in a unique way they would not have had otherwise.