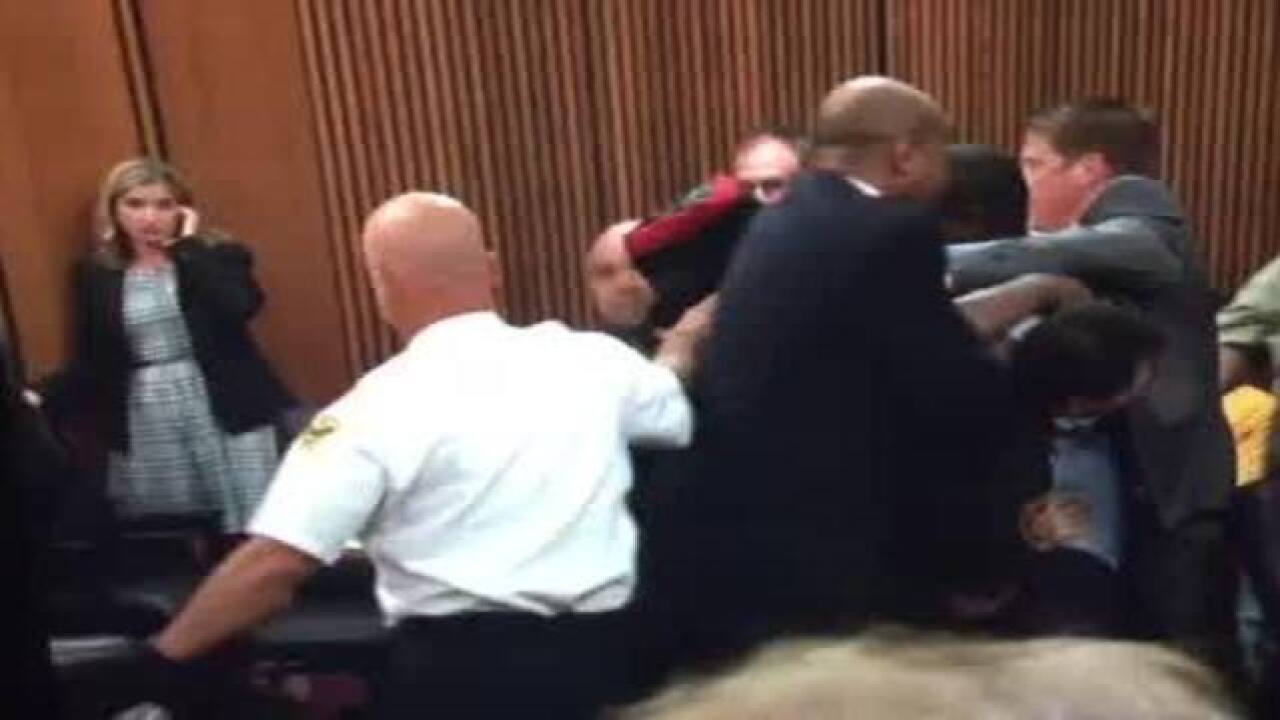 The father of an 18-year-old girl who was murdered by Michael Madison leapt airborne across a table at him after the convicted serial killer was sentenced to die Thursday.

His daughter Shirellda Terry was the third victim of Madison, who killed her and two other women and wrapped their bodies in garbage bags in East Cleveland in 2013.

After a Cleveland judge sentenced Madison, who was convicted of the triple homicide last month, Van Terry began making his victim impact statement, looked back at Madison and then charged him. Authorities grabbed and pushed Van back, preventing him from getting at Madison. He was escorted from the courtroom.

"The man reached a breaking point obviously and the defendant was taunting him. He killed his daughter. This is the type of thing Mr. Madison finds amusing," said Cuyahoga County Prosecutor Tim McGinty.
"Michael Madison is a gutless coward," McGinty said, adding that Madison never once showed remorse for his actions.
McGinty said they have not decided whether to charge Terry.

Madison appeared in court Thursday afternoon to hear the decision. Last month he was found guilty on 14 counts, including aggravated murder, kidnapping, rape, and abuse of a corpse.

Madison’s attorneys stated in closing arguments of the trial that his life should be spared due to lasting psychological damage caused by an abusive childhood.

After he was found guilty, a jury of his peers recommended Madison receive the death penalty for his crimes.

Shirellda was a teen who loved books, her family said July 23, 2013, shortly after it found out she was dead. She was very religious and found great joy in both Bible study and praise dancing.