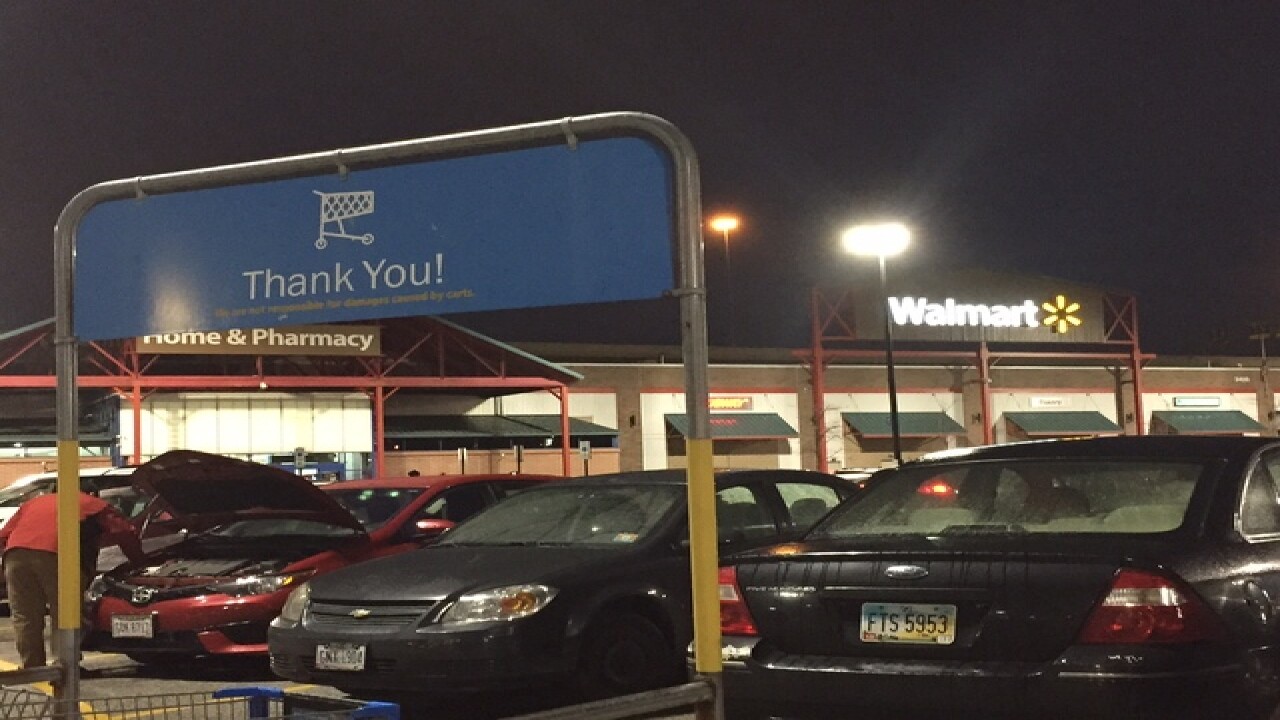 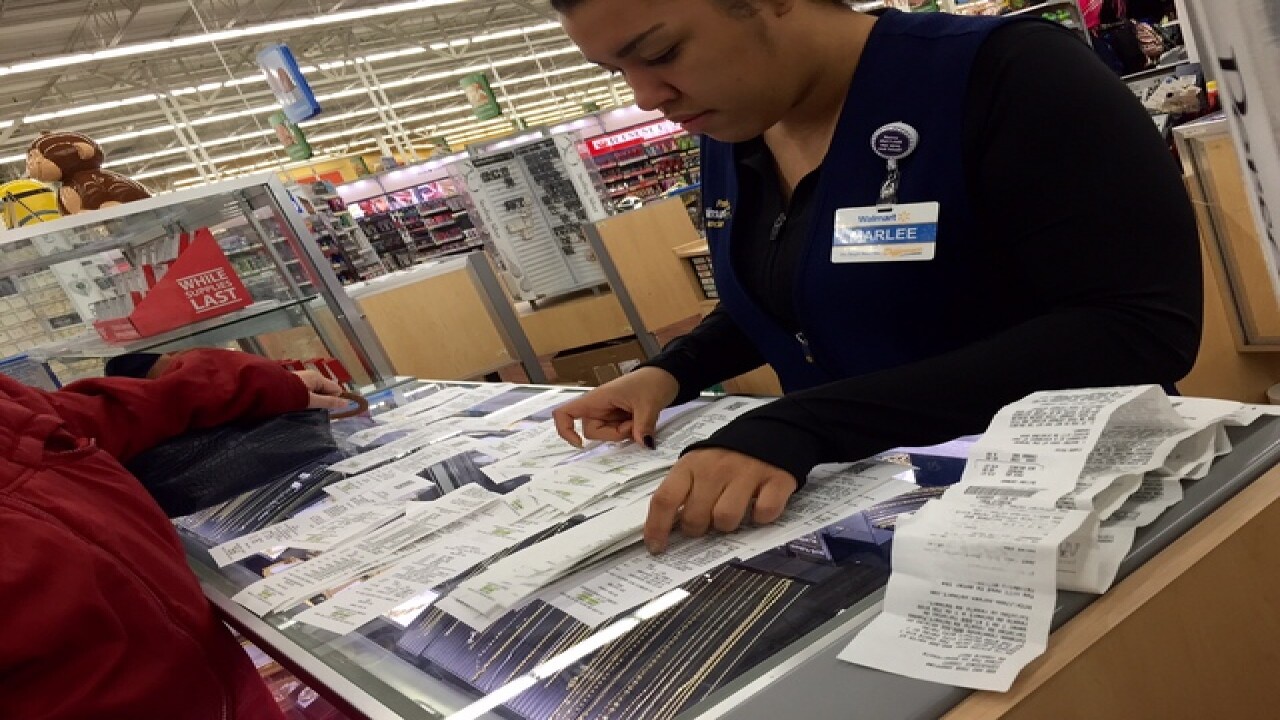 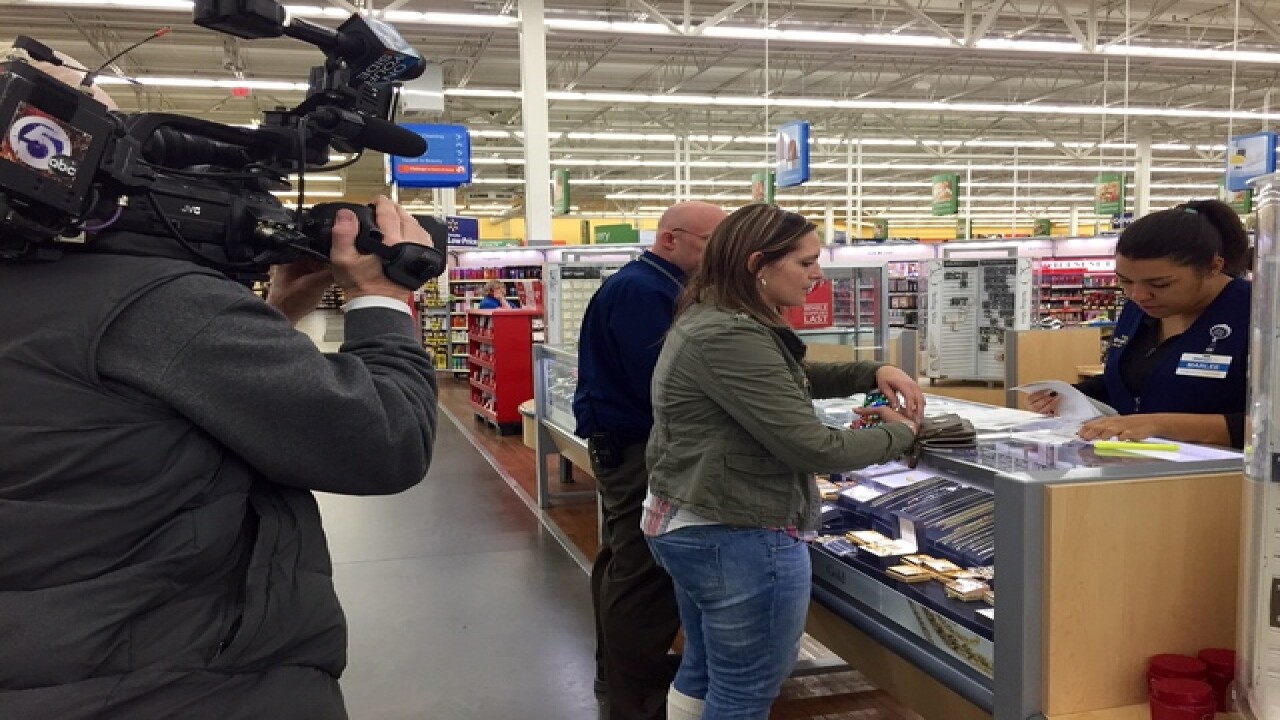 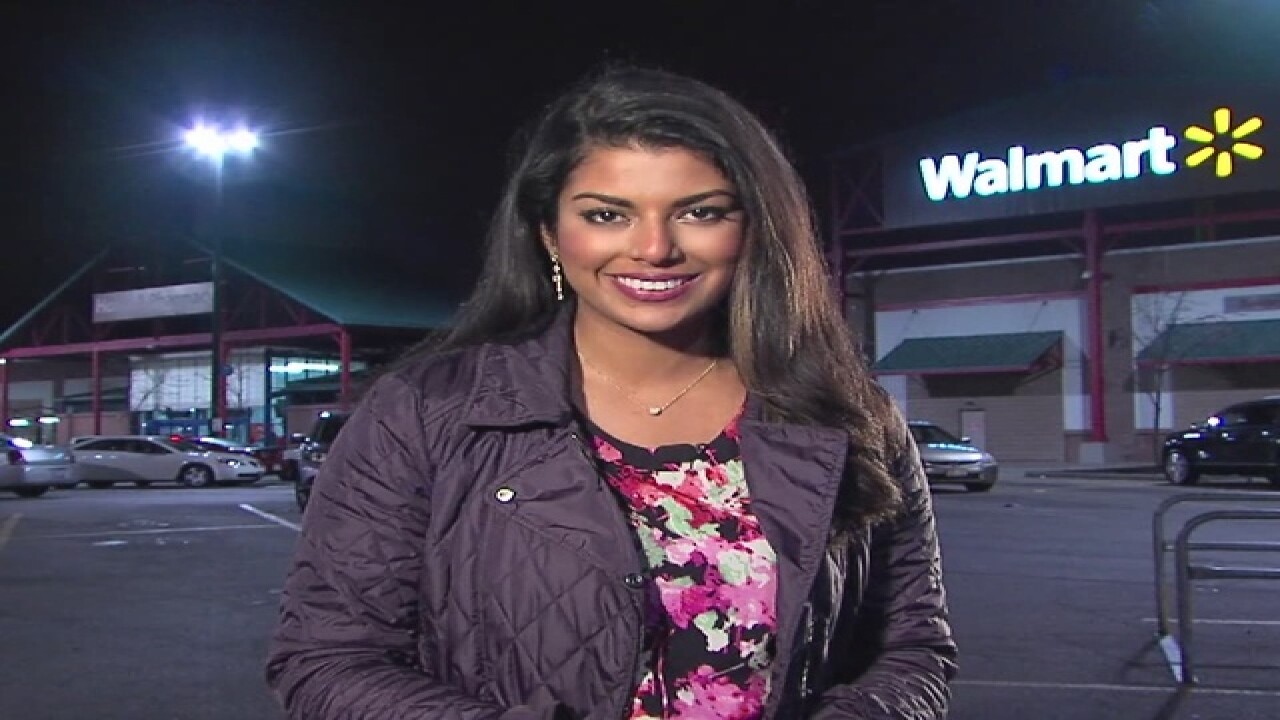 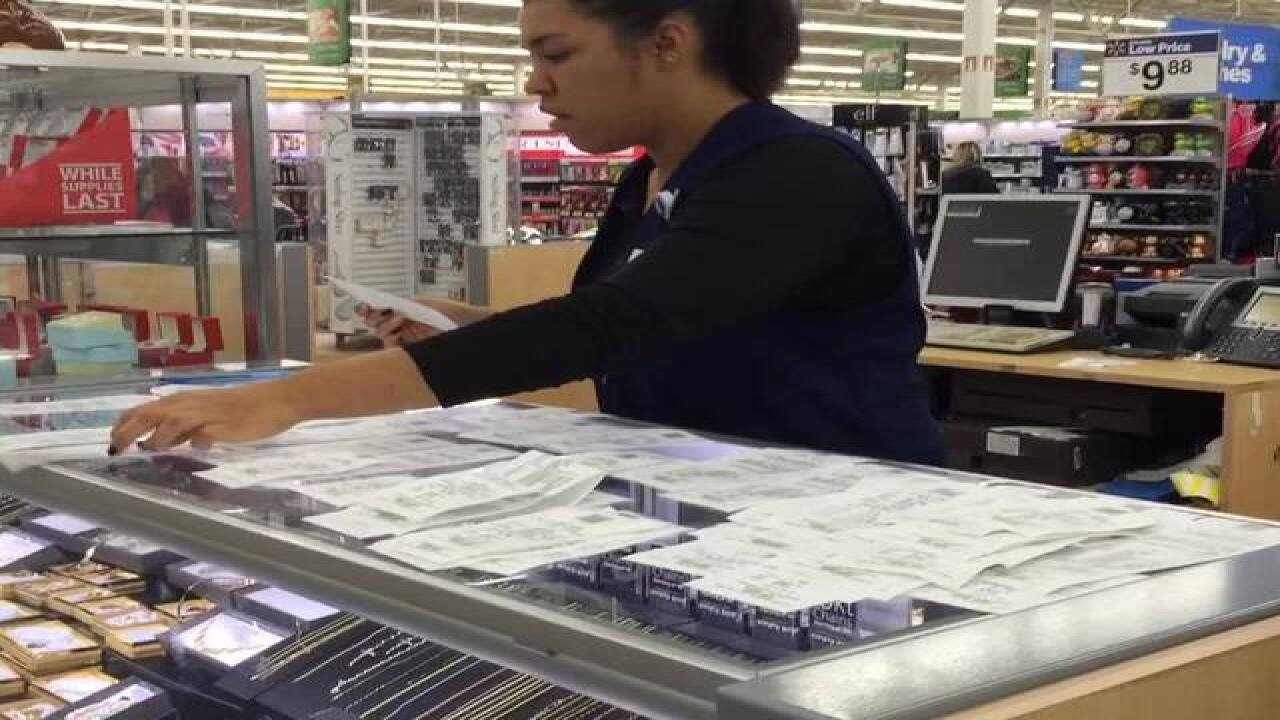 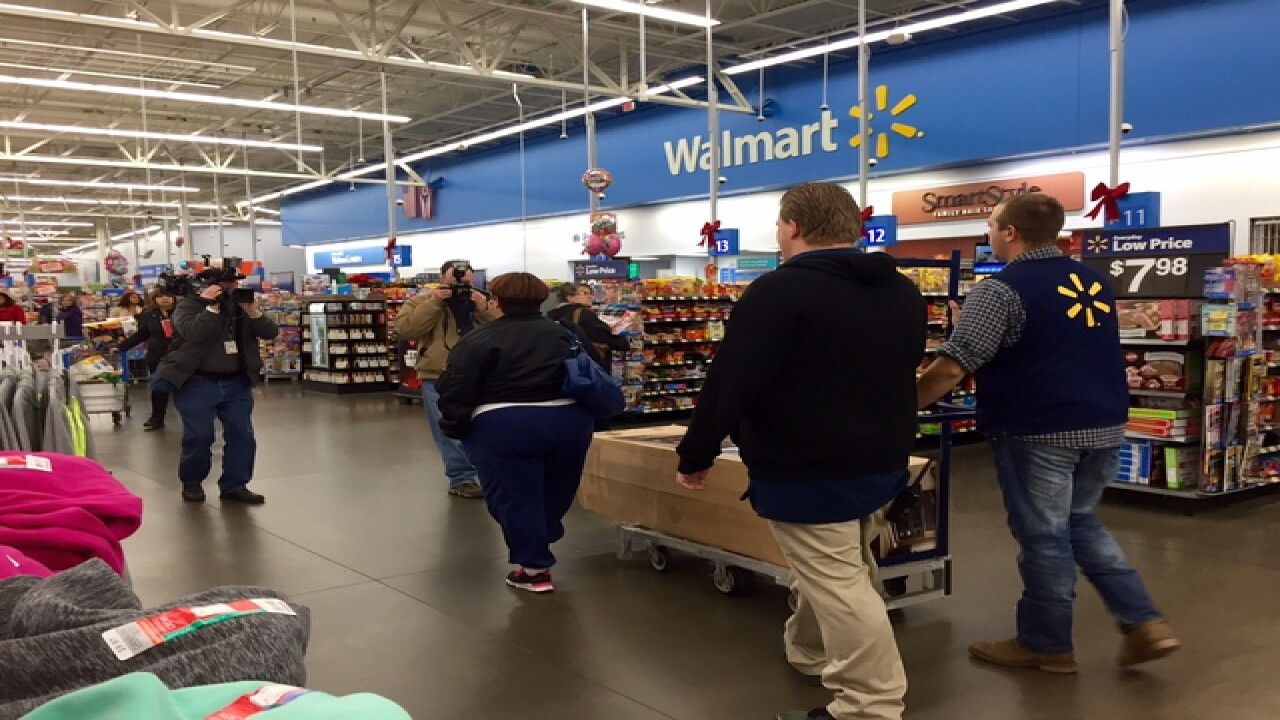 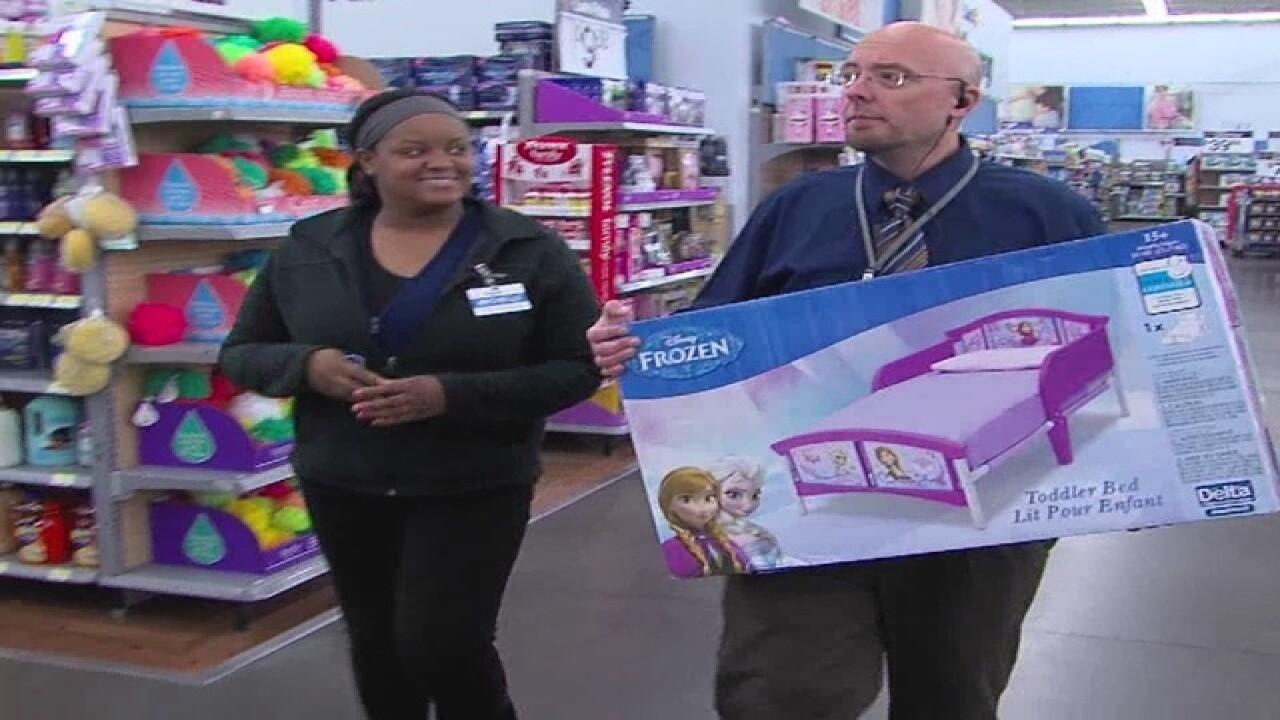 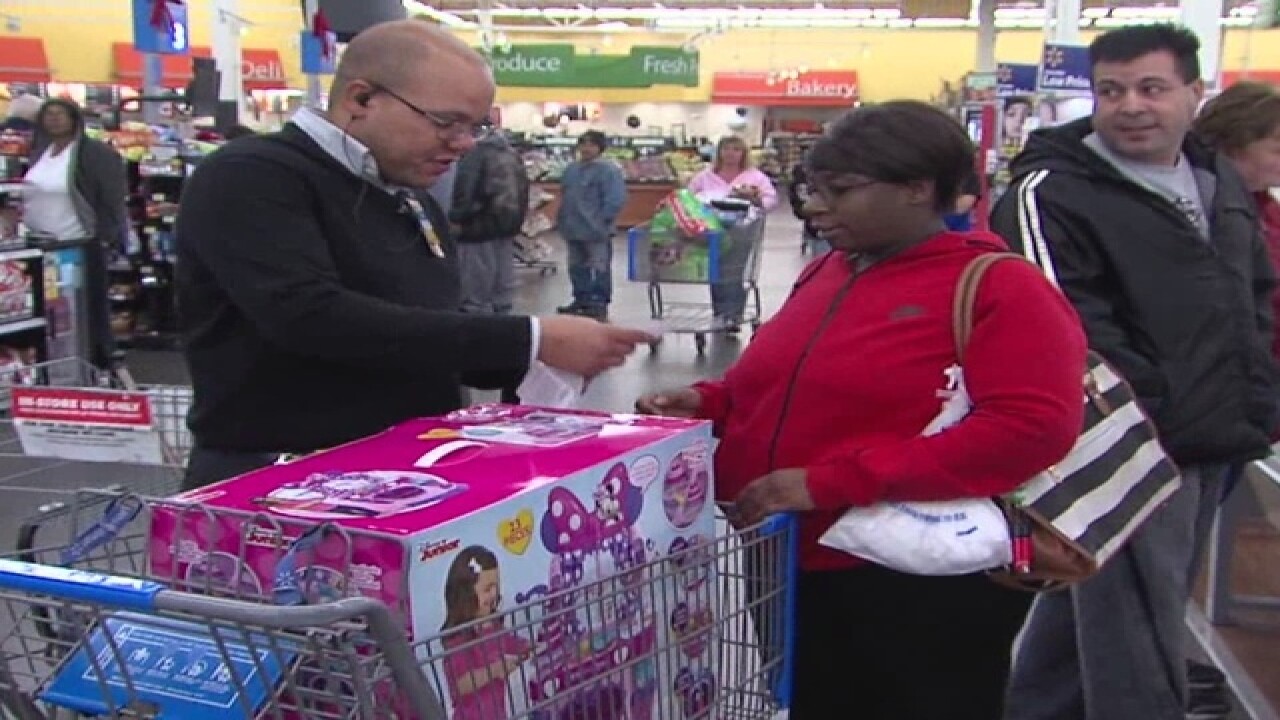 A mystery donor told Walmart employees he likes to do something special on his birthday every year.

This year, he spent his special day visiting two Northeast Ohio Walmarts and paying off the stores' entire layaway tabs.

Managers said he made it very clear he wanted to remain anonymous.

Steelyard Commons in Cleveland had the biggest layaway collection with nearly $70,000 in goods and Lorain had about $36,000. Items ranged from a pair of socks to 70-inch televisions — and tons and tons of toys.

"It made me happy because I know a lot of customers walked out of the store or are coming in the store very positively impacted by it," said Beverly Vargo, store manager of the Lorain Walmart.

Tara Neal had paid off $10 on a 'Frozen'-themed bed for her 3-year-old daughter when she got the call Tuesday morning that her layaway gift had been paid off. More than $80 was still remaining on the balance.

With four kids at home, she said the holidays can be tough.

"It’s such a blessing to know there are still people out there that care. It’s like Santa, like a real Santa to me," Neal said.

"I just cried," added Cathie Cromwell, who was picking up her son's gift. "It’s amazing someone would have this much compassion during the Christmas season to help us. To help people who maybe wouldn’t have had Christmas."

Walmart responded with the following statement:

Christmas is a time of year when many people go above and beyond to give back to their neighbors and communities. When customers anonymously pay off others’ layaway items we’re reminded of the amazing things people will do to support each other. We’re proud to be a small part of these random acts of kindness.

This isn't the first time local do-gooders have paid off layaway tabs. In 2013, someone paid off $8,800 at the Avon Walmart.

And in southern Ohio, last year, someone paid off $15,000 at a Moraine store and in 2012, the Cincinnati Enquirer reported that a former shoplifter paid off $1,000 in goods at a Lockland store.