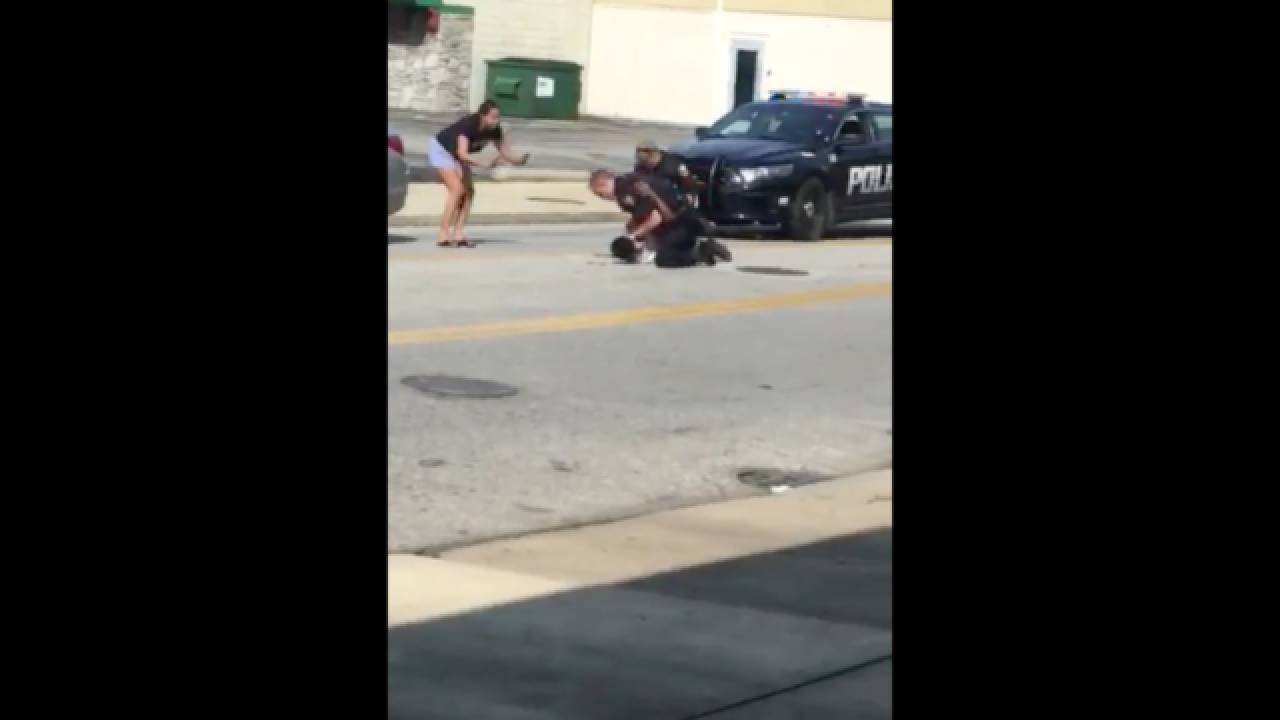 The Euclid police officer who was suspended after a controversial video of him arresting a man last month has been suspended an additional 30 days by the city’s mayor.

Officer Michael Amiott was captured on video on Aug. 12 after authorities pulled over Richard Hubbard III for a traffic stop.

Police say 25-year-old Richard Hubbard III refused to turn around as they ordered and resisted arrest when he was told to get on his stomach by Officer Amiott.

The viral video showed the violent struggle between Officer Amiott and Hubbard.

Once Hubbard was in custody, he was charged with Driving Under Suspension and Resisting Arrest.

Hubbard pleaded not guilty to the charges.

Officer Amiott was originally placed on paid leave but was then suspended.

Previously, Chief Scott Meyer said an internal review found that Officer Amiott "violated multiple rules and regulations" of the police department. He also said he suspended the officer for the maximum amount of time that he could per the department's rules and recommended that the mayor conduct a review and impose additional suspension without pay.

"This is in addition to the 15 day unpaid suspension imposed by Chief Meyer, and will begin after the first suspension has ended.  A 30 day suspension is the maximum discipline I am permitted to impose as Mayor, short of terminating employment," Mayor Kirsten Holzheimer Gail said.

The mayor's office said they will conduct a full review of Officer Amiott's prior conduct within the department to "determine his suitability to return to employment by the City of Euclid."

Chief Meyer said when Officer Amiott returns to duty he will be assigned to undergo no less than 60 days of re-training under a field training officer.