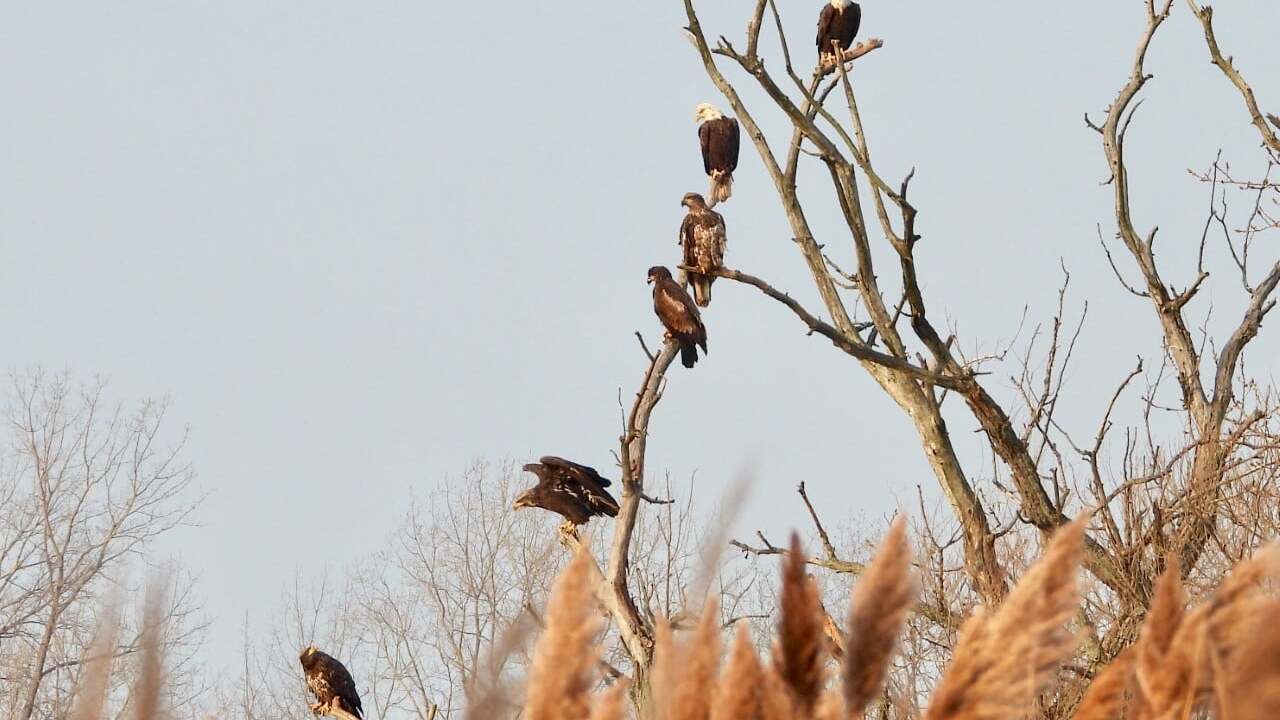 CLEVELAND — The bald eagles are back in numbers at the Ohio & Erie Canal Reservation. Every year around late November, early December, the eagles come back in double-digit numbers—making them a sight to see for visitors through the winter months.

The Ohio & Erie Canal Reservation, considered the northern most green space before Harbor Road, provides vital food sources for young eagles. Visitors can see these raptors for a 4-5 mile stretch at any given time.

“Year after year, we see eagles being born here. Last year, we saw 20 eagles and two-thirds of them were under the age of 5. You can tell by the color and marking on their head,” said Jake Kudrna, a naturalist for the Cleveland Metroparks.

Eagles of all ages flock to the food-filled waters of the Cuyahoga River, scoping out fish, ducks and other tasty treats to sustain them through the winter.

Two years ago, there were nine eagles spotted in a tree at the reservation. Kurdrna said.

The return of these eagles marks a monumental turn in the health of the Cuyahoga River that was once nearly inhabitable for fish and other wildlife.

RELATED: A perfect love story: The same pair of eagles return to the same area in the CVNP for 12th year in a row

Kudrna suggests visitors stop by the CanalWay Center, 4524 East 49th Street in Cuyahoga Heights, where naturalists can point out the exact locations of the bald eagles.

Park rangers from the park ask the public to observe any posted restrictions within the eagle nesting zone. Although recently removed from the endangered species list, eagles are still protected and federal laws prohibit anyone from taking, killing, selling or otherwise harming eagles, their nest or eggs.

Interested in seeing these special birds in person? Kudrna is hosting several eagle spotting events. The next one will be held on Dec. 10. More info here.