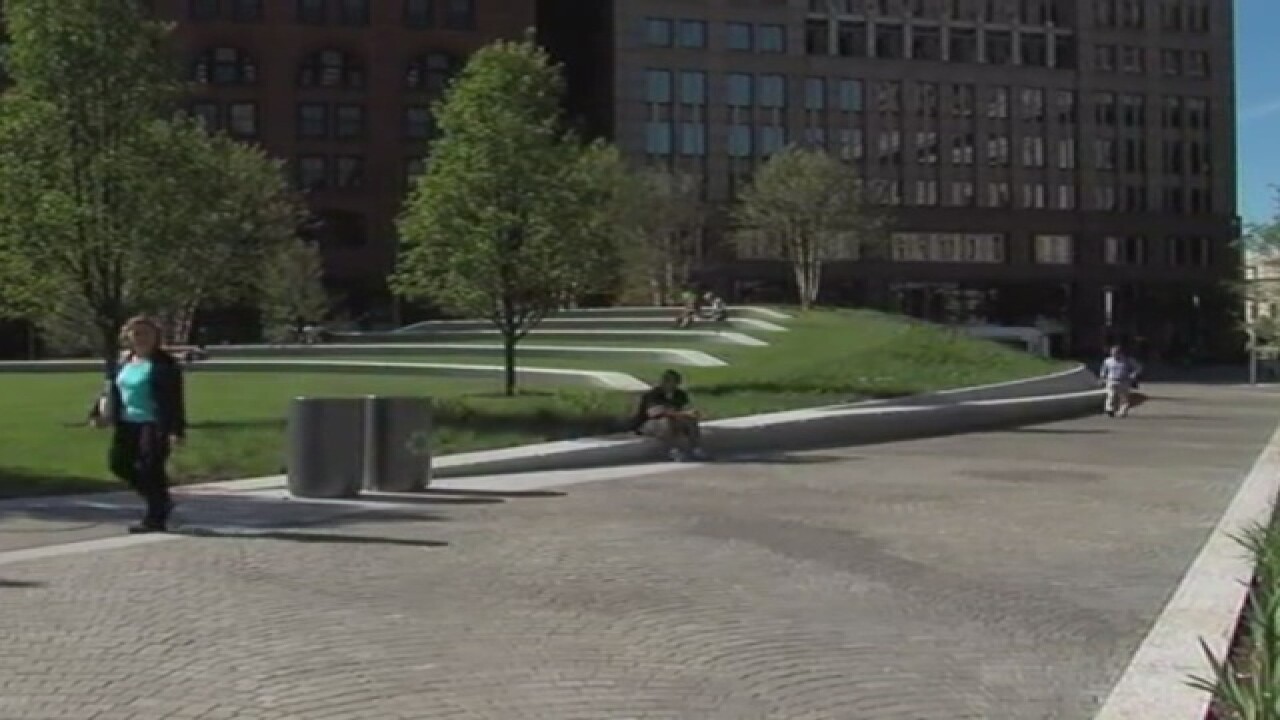 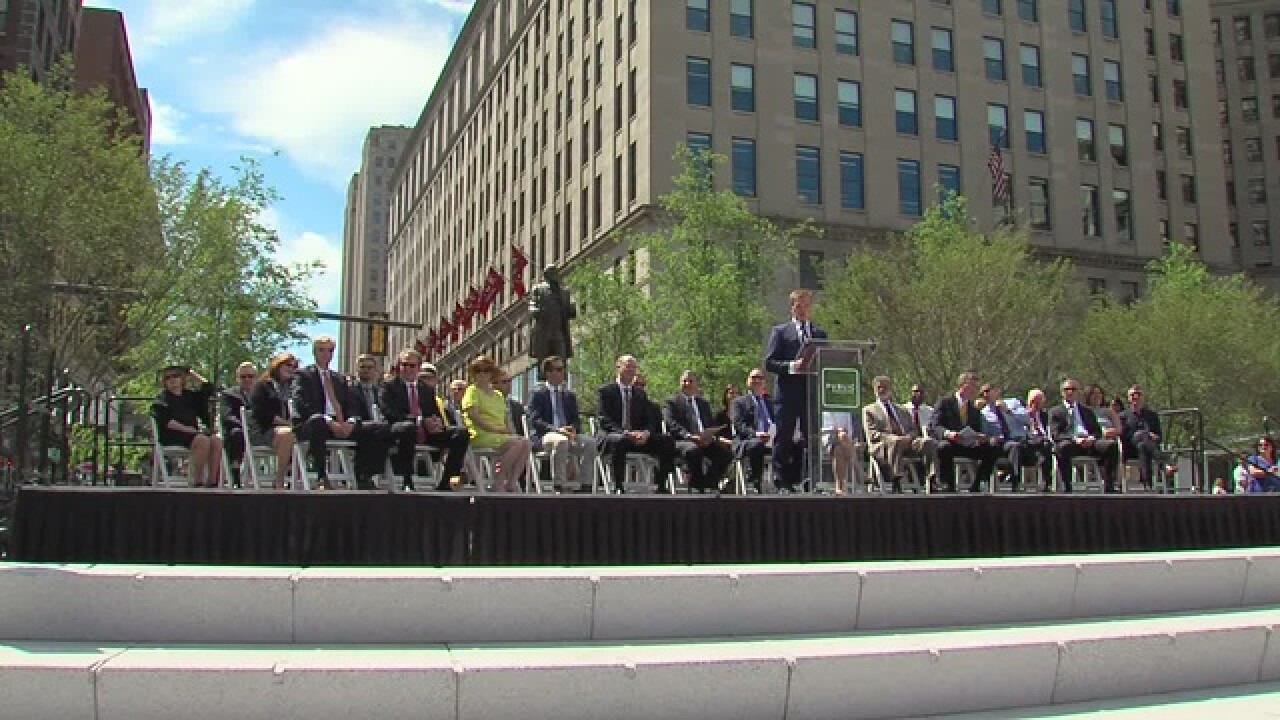 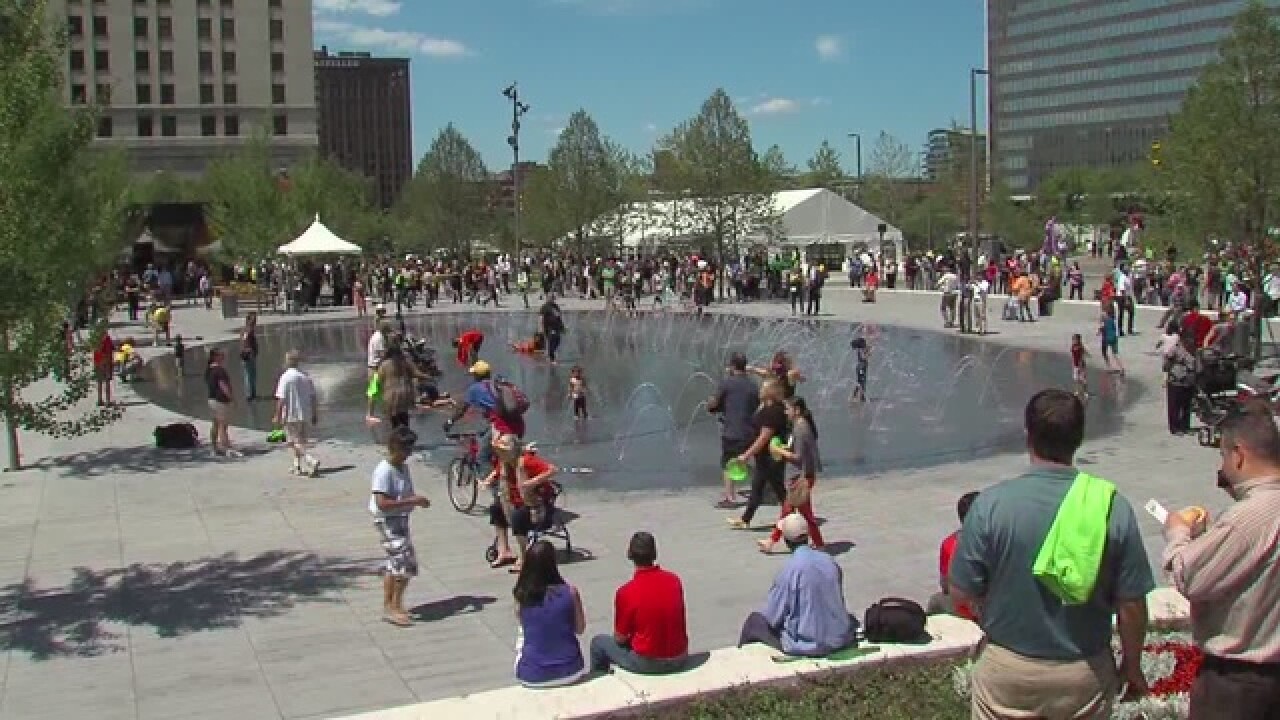 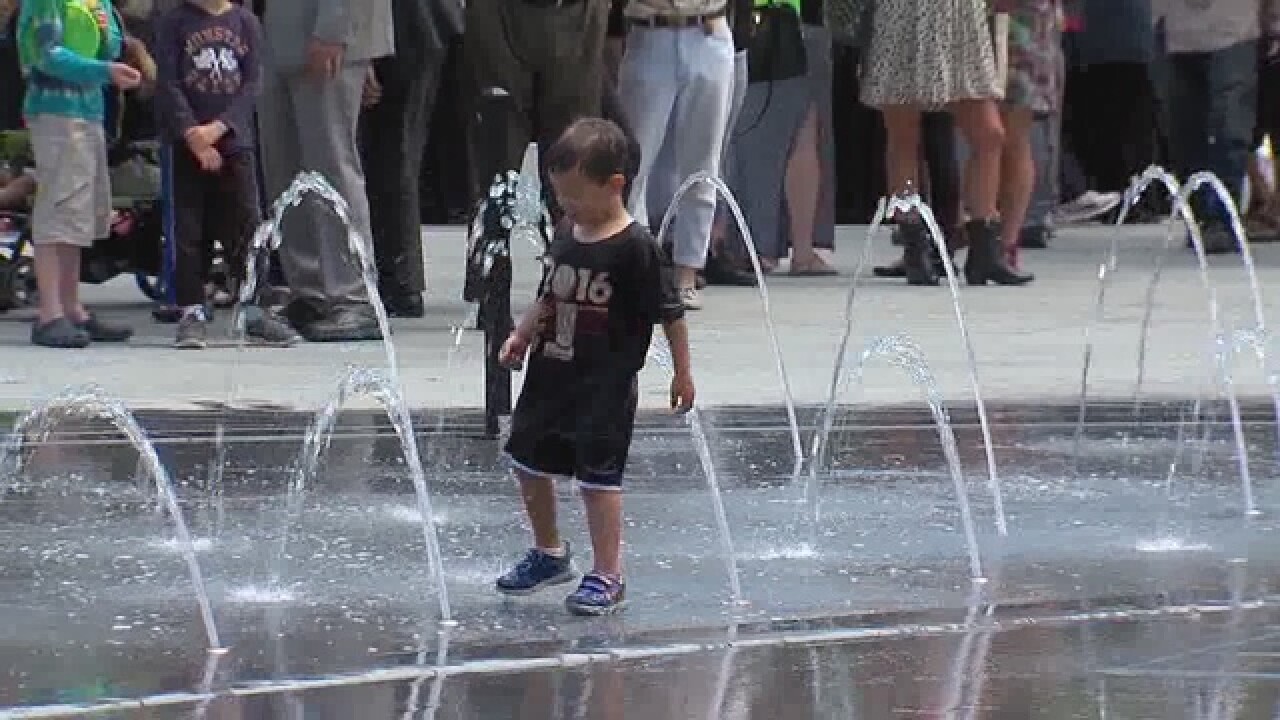 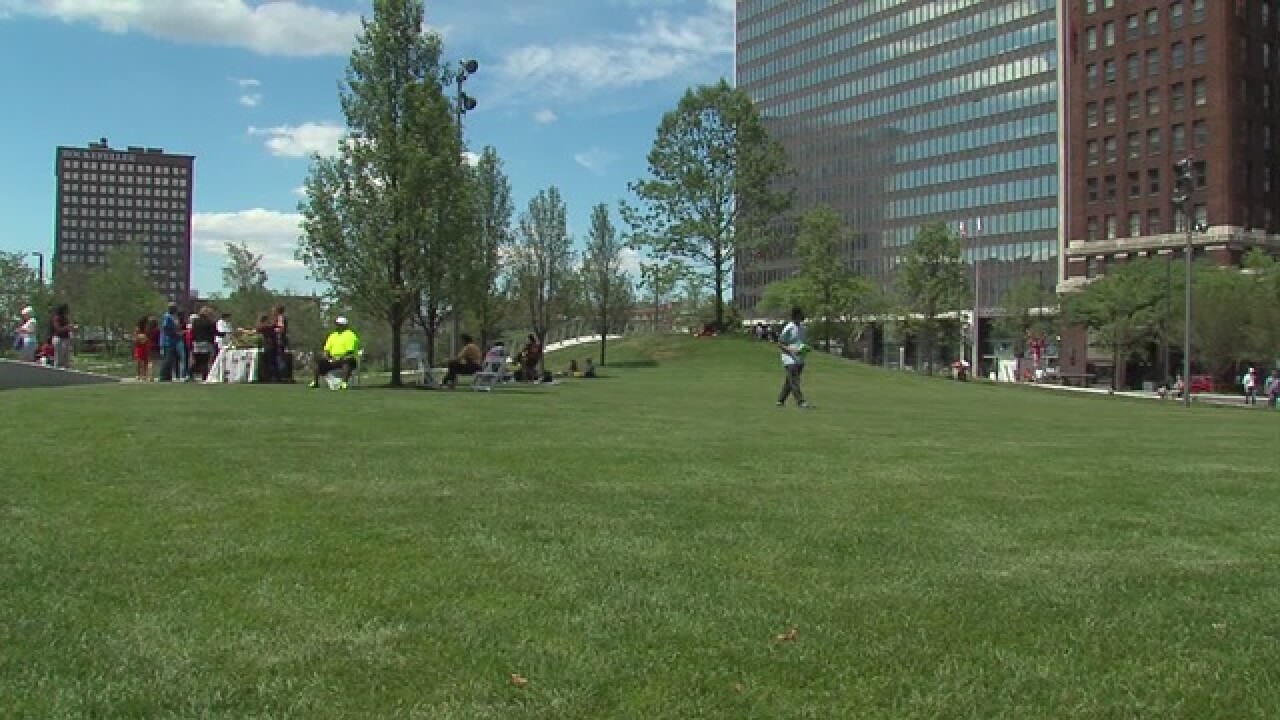 The square is now more pedestrian-friendly. Ontario Street no longer runs north and south and only buses and bikes can take Superior Avenue east to west.  Now, ground-level fountains take up much of the space on the south end of the park to the west of the Soldiers and Sailors monument.

“It’s so good to have something downtown for kids,” Fran DiDonato said as she stood with her stroller-bound toddler. “Now I can just bring her down for the day and put her in the fountain, so it’s great."

To the north, visitors are welcomed with a sprawling green space with newly-planted trees, flowers and benches.

The money for those trees, new pavement, grass, fountains and underground infrastructure came from a combination of state and local tax dollars, bonds and private donations from businesses and foundations with ties to Cleveland.

The project was more than six years in the making and it comes almost exactly 30 years after the last time the square was rededicated.

On July 16, 1986, our camera rolled as city leaders, including the late Mayor George Voinovich, reopened the square.

“New York Life is one of the companies that moved, I think it was 350 jobs, to right off the square,” McCormack said, “And with that decision they cited the fact that they were interested in the amenities around the area and this is absolutely one of those amenities.”

The project has had naysayers like longtime downtown worker Jacquelyne White, who though the $50 million price tag was too high. She was also worried about pedestrian access. Today, at the dedication, she said her mind has been changed.

“This is the heart of the city and everybody comes down here and I think it is an improvement, so it proved me wrong,” she said. "I’m one of those persons. I’m very satisfied.”

Still, that $50 million is money not being invested in other blighted parts of the city, where abandoned buildings pose risks to families.

“You have to do things on both ends. The only way you’re going to be successful is if you look at the whole picture,” Mayor Jackson said.

“When you kind of solidify the core, you kind of help to convince the private sector you should be doing something somewhere else too.”