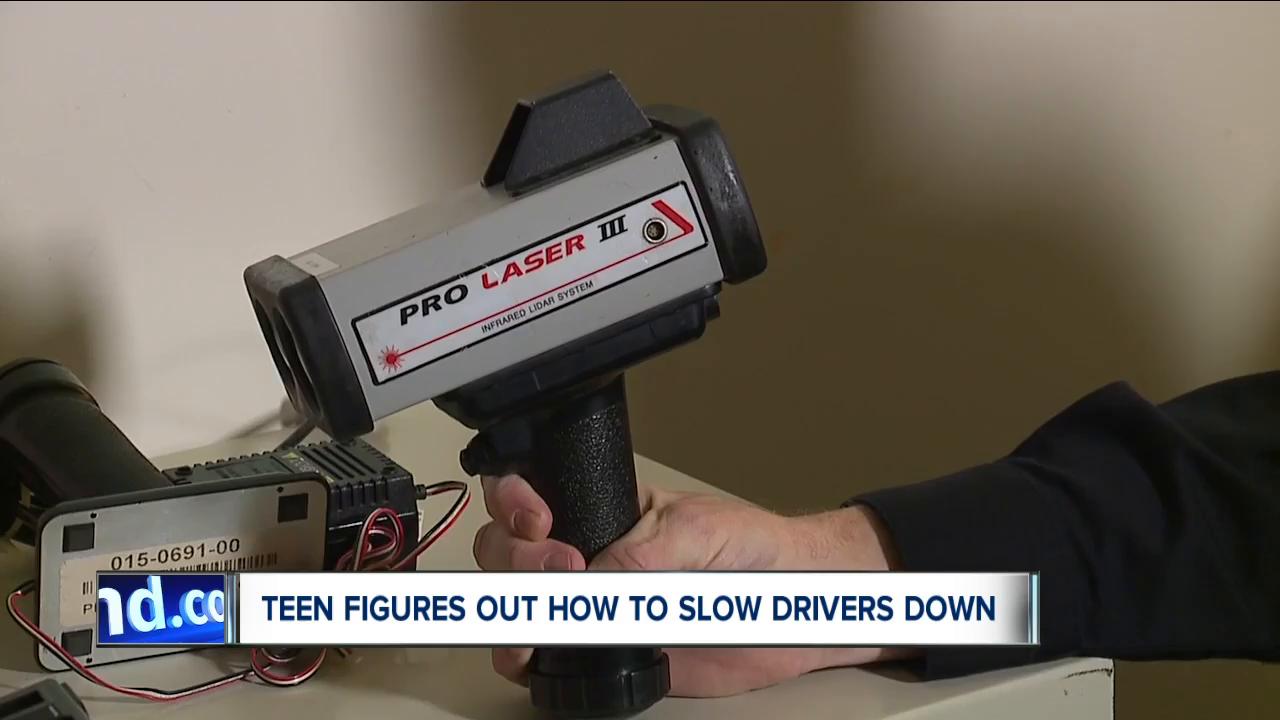 A curious eighth grader decided to focus his science fair project on the best method to get speeding drivers to slow down in his neighborhood. The Rocky River Police Department heard about the project, and provided some high-tech help. 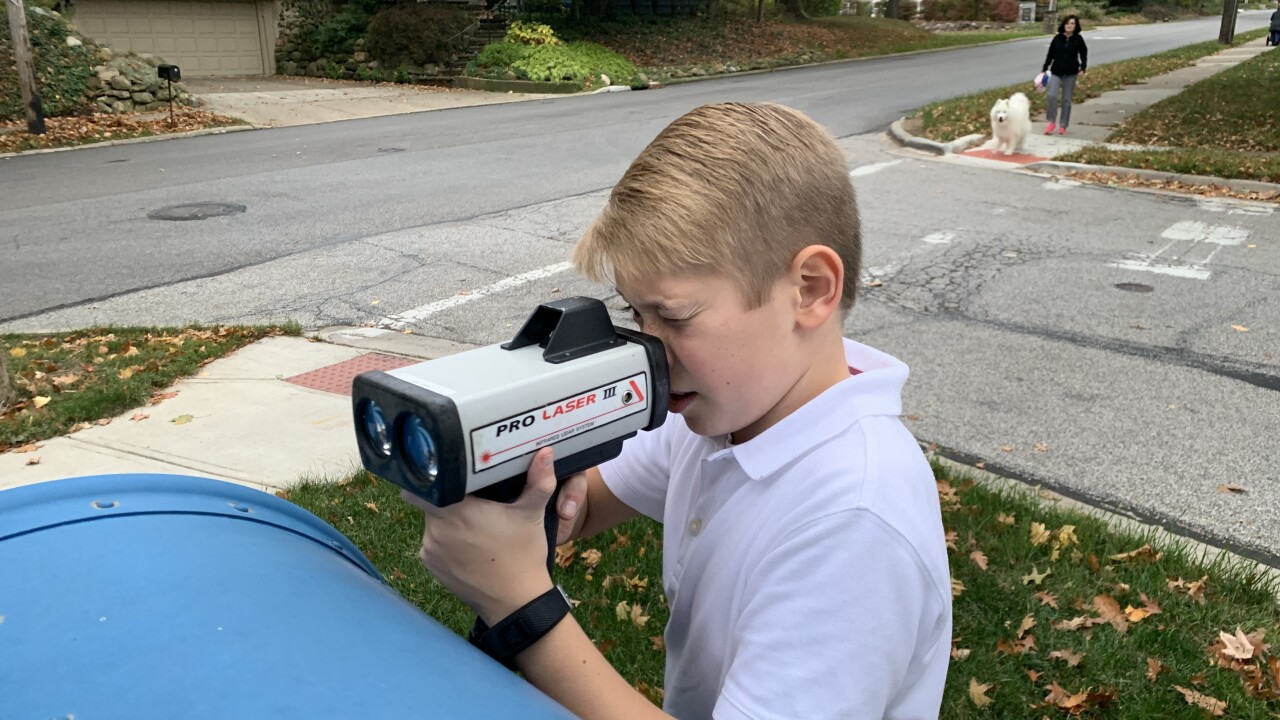 ROCKY RIVER, Ohio — An experiment testing which brand of battery lasts the longest wouldn’t work, nor would an inquiry into which type of cooler keeps drinks colder, longer. Those ideas were too ho-hum. For a 13-year-old Rocky River middle school student, this year’s science fair had to be impactful. With the help of the Rocky River Police Department, the student’s project not only accomplished that goal but also provided police with valuable traffic data.

Spend five minutes with Aiden Bruder and it is hard not to walk away feeling impressed. The inquisitive and curious 8th grader has long had a passion for learning and exploring, evidenced by his third place and honorable mention in the science fair the past two years. This year’s project would be close to home.

“I have an interest in military and law enforcement. I thought, well, maybe this is the perfect time to do a project on this,” Bruder said. “Even years before I did this project or thought about this project, I noticed that people [drive] fast. People go really fast. I can almost feel the wind. There were leaves right along the street here and then I would be covered in seconds because of how fast people were going.”

He didn’t know it then, but the idea for his science fair project this year was born. While jogging in his neighborhood off Detroit Road, Bruder was made keenly aware of how fast people drive on the narrow, winding, two-lane road.

“My hypothesis was if there was the presence of a radar speed sign then cars would drive slower than if there was no sign at all or if there was a ‘slow children at play’ sign,” Bruder said. “It was surprising because we hit [the hypothesis] spot on.”

A hypothesis is one thing; executing the experiment is quite another. With the help of his parents, Bruder connected with Rocky River Police Chief Kelly Stillman and Lieutenant George Lichman. The veteran lieutenant agreed to provide a mobile radar unit – the kind with a digital display board that shows how fast a driver is going – to aid in the teenager’s experiment.

Bruder also asked Lt. Lichman for a recommendation on a portable radar or LIDAR (light detection and ranging) gun that he could purchase in order to gauge drivers’ speeds. Lt. Lichman offered him one better.

That is exactly what happened. In October, Lt. Lichman offered Bruder one of the department’s older mobile, hand-held LIDAR units that was previously replaced by newer units. After calibrating and testing the hand-held unit, Lt. Lichman then spent the next 15 minutes showing the teen how to properly document drivers’ speeds and track the moving cars.

“It was his idea. It was his hypothesis. It was his research. It will be his findings,” Lt. Lichman said. “Aiden did this work on his own. It was impressive.

“What we are most interested in is the effectiveness of the sign and the effectiveness of those neon green slow traffic, children playing signs that you see people put out in their front yards all over,” Lt. Lichman said. “There are companies that do big studies on exactly what Aiden did. He was looking for the same answers that big companies and cities across the country are looking for, which is: what we can do to calm traffic? That was the part that I thought was pretty impressive.”

After documenting the speeds of more than 450 drivers over a three-week period, the results confirmed Bruder’s hypothesis, he said. Drivers who saw their speeds flashing before them on a digital mobile radar unit drove slower than drivers who saw a ‘children at play’ sign or no sign at all.

Bruder was deeply thankful for the Rocky River Police Department’s willingness to help him.

“They do an amazing job protecting but they did an excellent job, in my opinion, of serving,” Bruder said.

Bruder will spend the next several weeks compiling his data into charts and reports in advance of the January 24 science fair. If Lt. Lichman were a judge, however, Bruder has a solid shot at a first place ribbon.

“If our children are our future and Aiden is one of them, we’re going to be okay,” Lt. Lichman said.