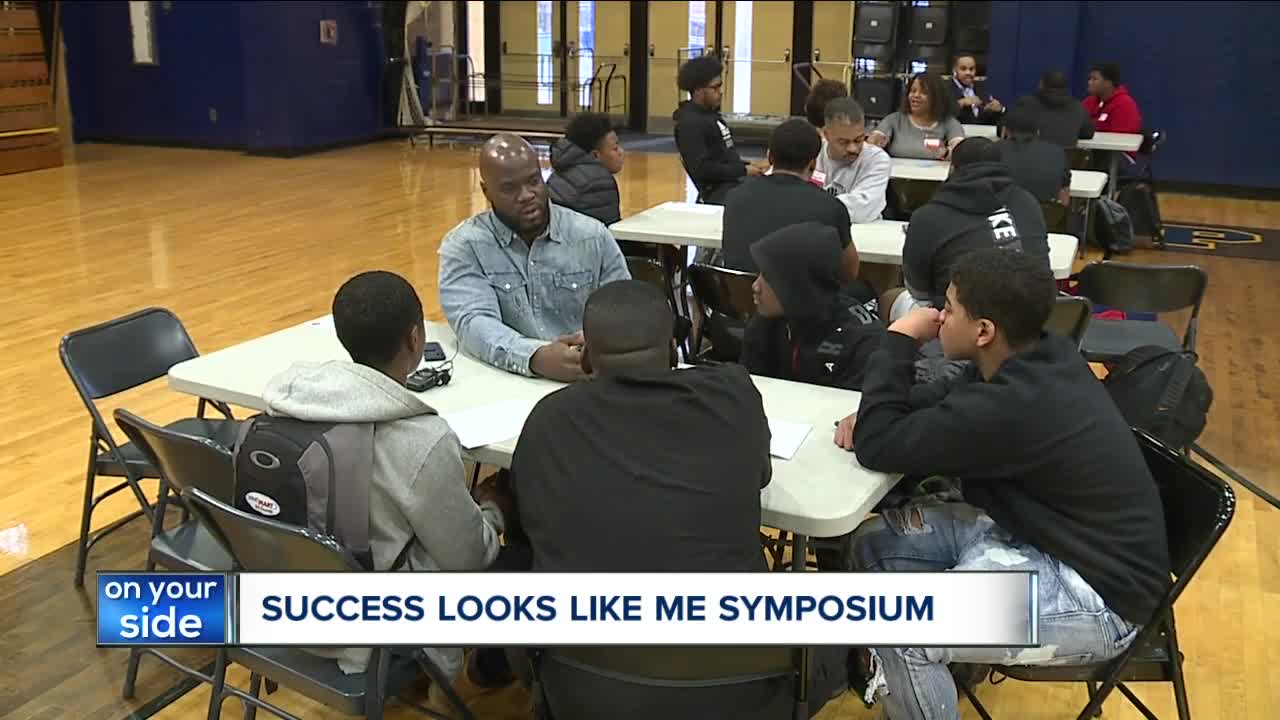 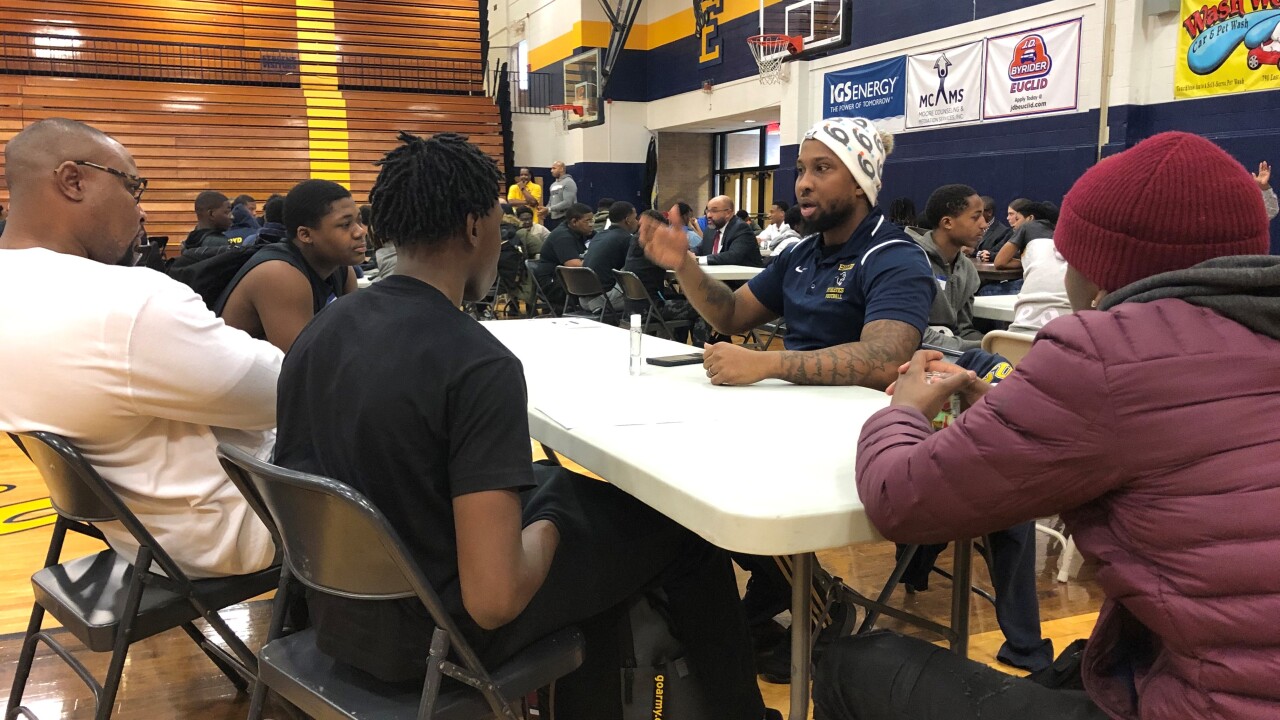 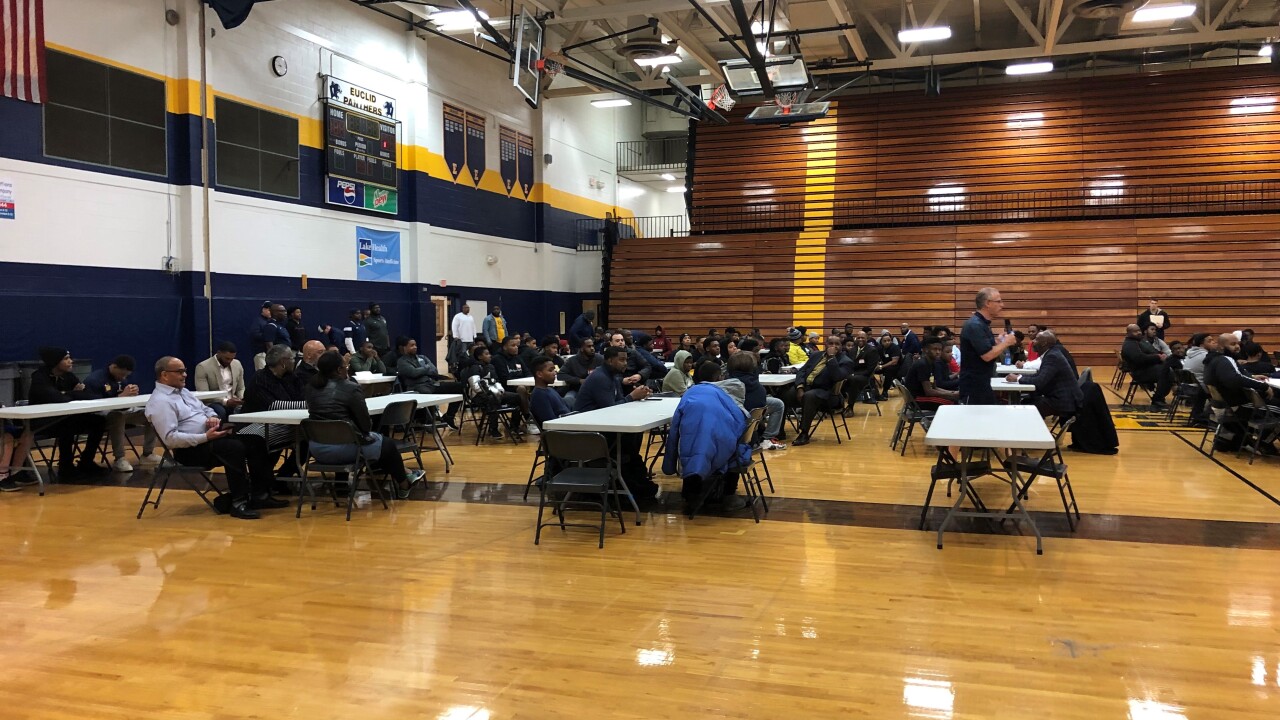 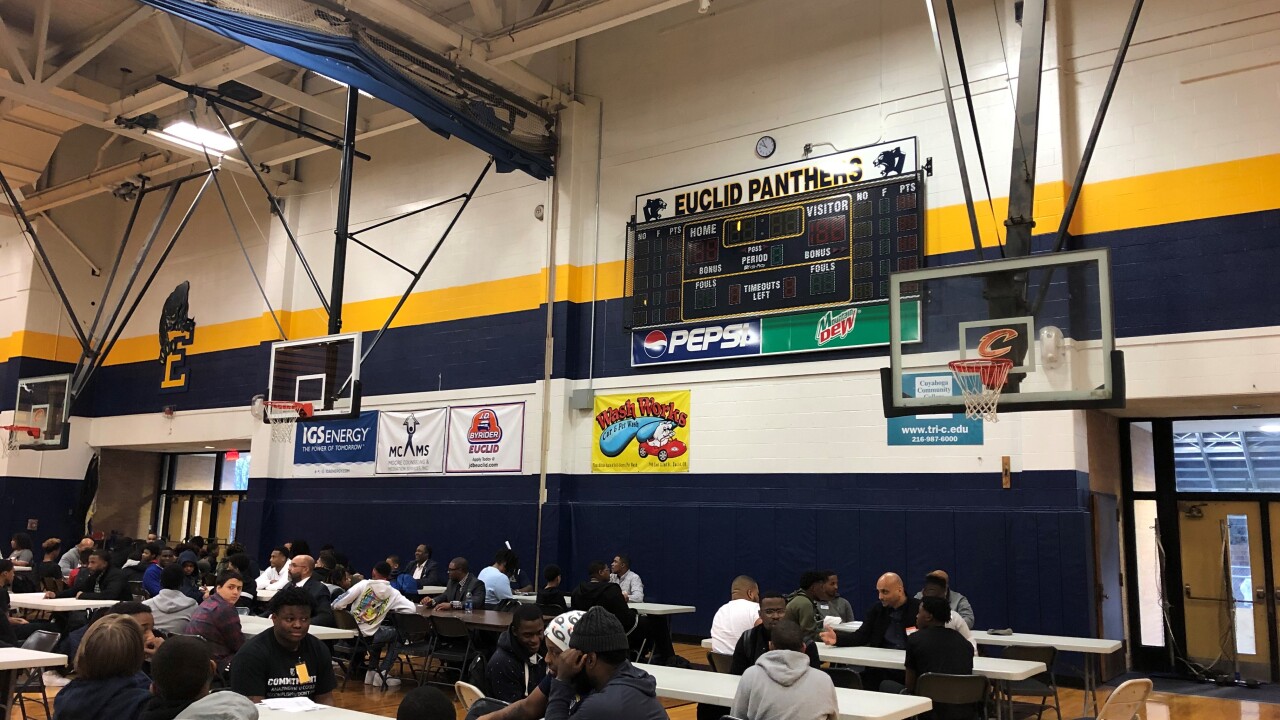 EUCLID, Ohio — Achieving success is not easy. It’s even harder for a group of Euclid High School athletes who are dealing with challenges off the field.

“Growing up I was in a single-parent home,” 17-year-old Jordan Rees said. “I still see my mom and stuff. She’s around, but it’s kind of hard.”

Rees was a toddler when he first started playing football. He is now a defensive back for Euclid’s football team. He said when he’s on the field, “I feel like I can do anything in the world.”

But life is not easy off the field.

“I have younger siblings so I might have to cook or do this for my younger sibling when I have school work to do,” he explained. “[I’m] facing the struggles of life and the barriers that people put on me and people telling me I can’t do this, I can’t do that.”

He said those struggles are based on the color of his skin and his environment.

“It’s not just me it’s a whole community,” Rees said.

Former NFL player and Pro-Scout, Steve Cargile, grew up with similar struggles on the East Side of Cleveland.

“I definitely see myself in some of these kids just trying to figure out life,” Cargile said. “We live in a tough world but I think it’s up to people like us to come in and really try to continue to change that and change the narrative.”

Euclid High School Head Football Coach, Jeff Rotsky, said his mission is to help his team be great in life after football.

“I can tell them how great they can be but I’m not African American,” Rotsky said.

On Friday, Rotsky brought at least 50 successful men who look like his players inside Euclid High School’s gymnasium for the inaugural “Success Looks Like Me Symposium.” They each sat at tables with Euclid football players while sharing their stories and giving advice. It’s the first time this has been done.

Rees said it gave him hope and a new outlook on life.

“I feel like I can do anything in the world,” he said. “I always want to keep working to be as successful as I can be.”