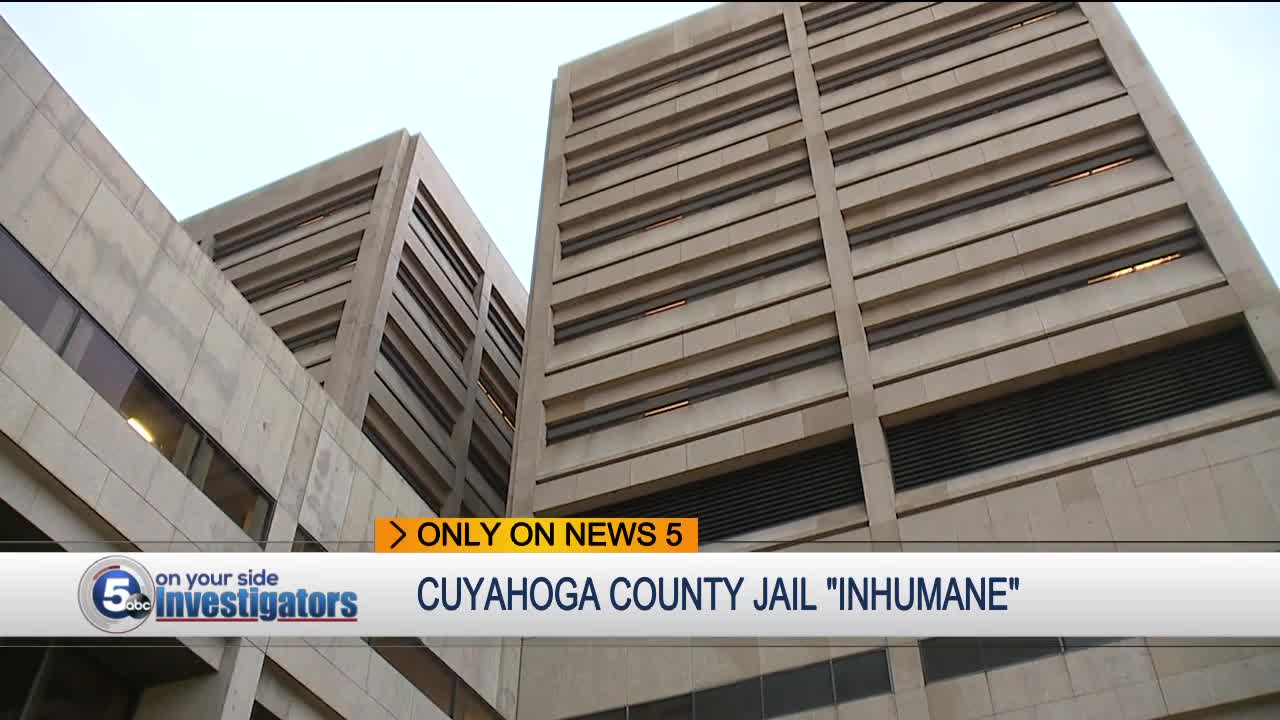 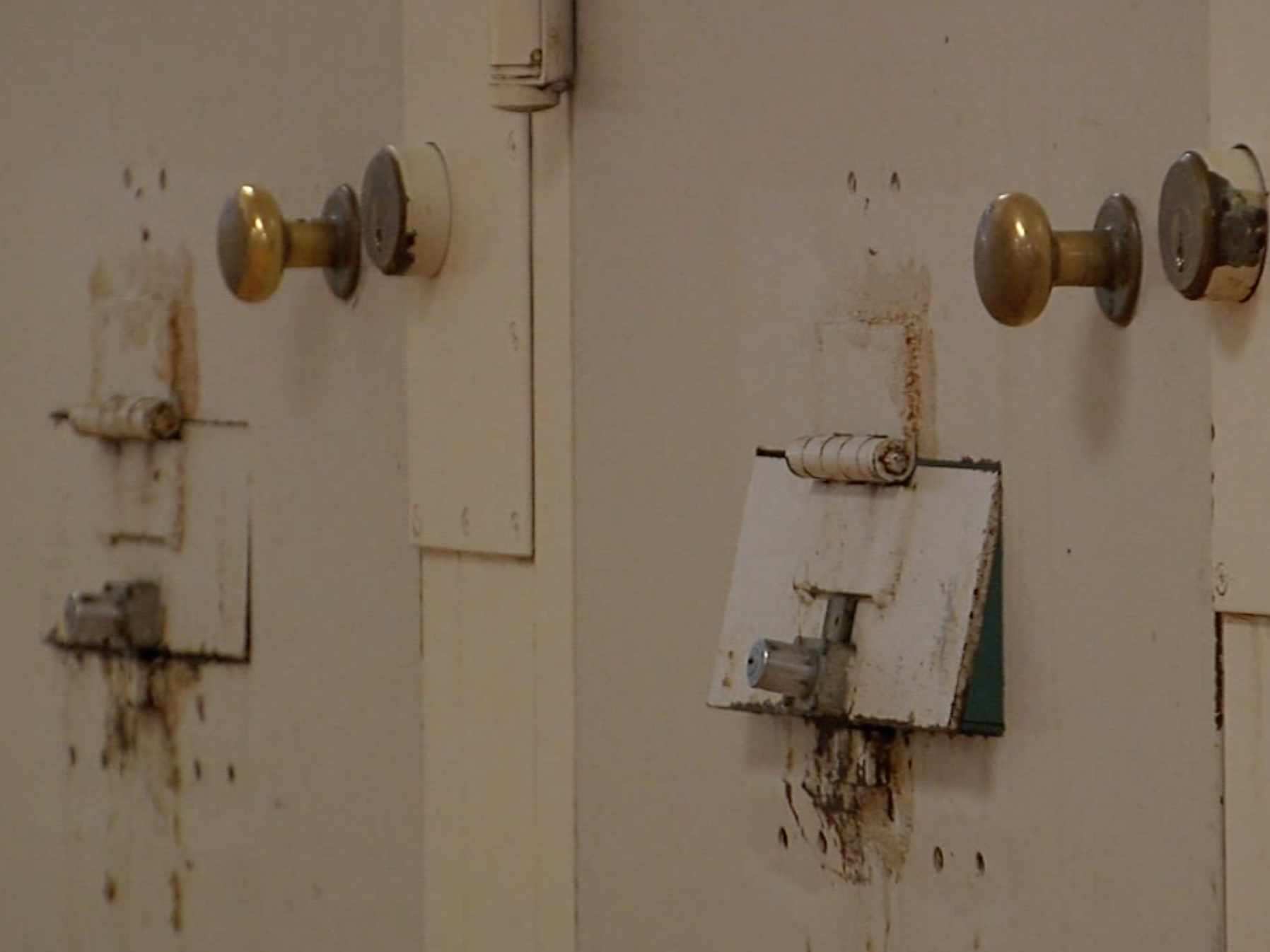 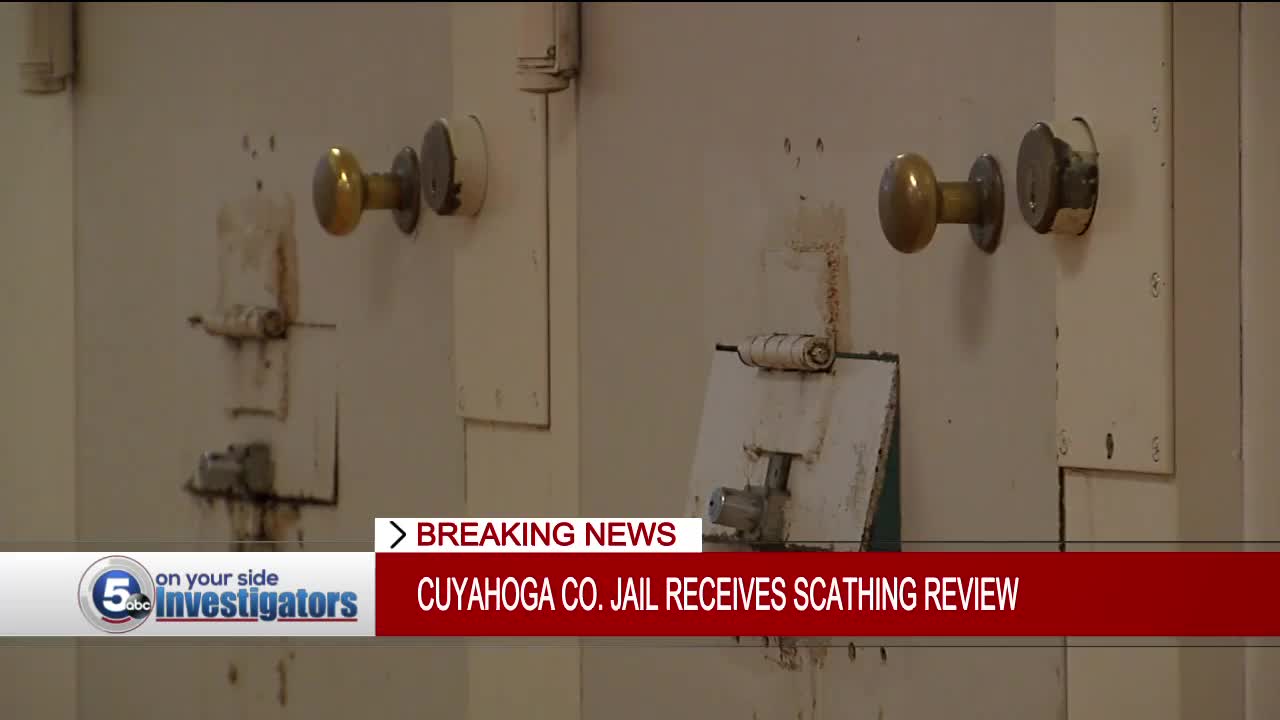 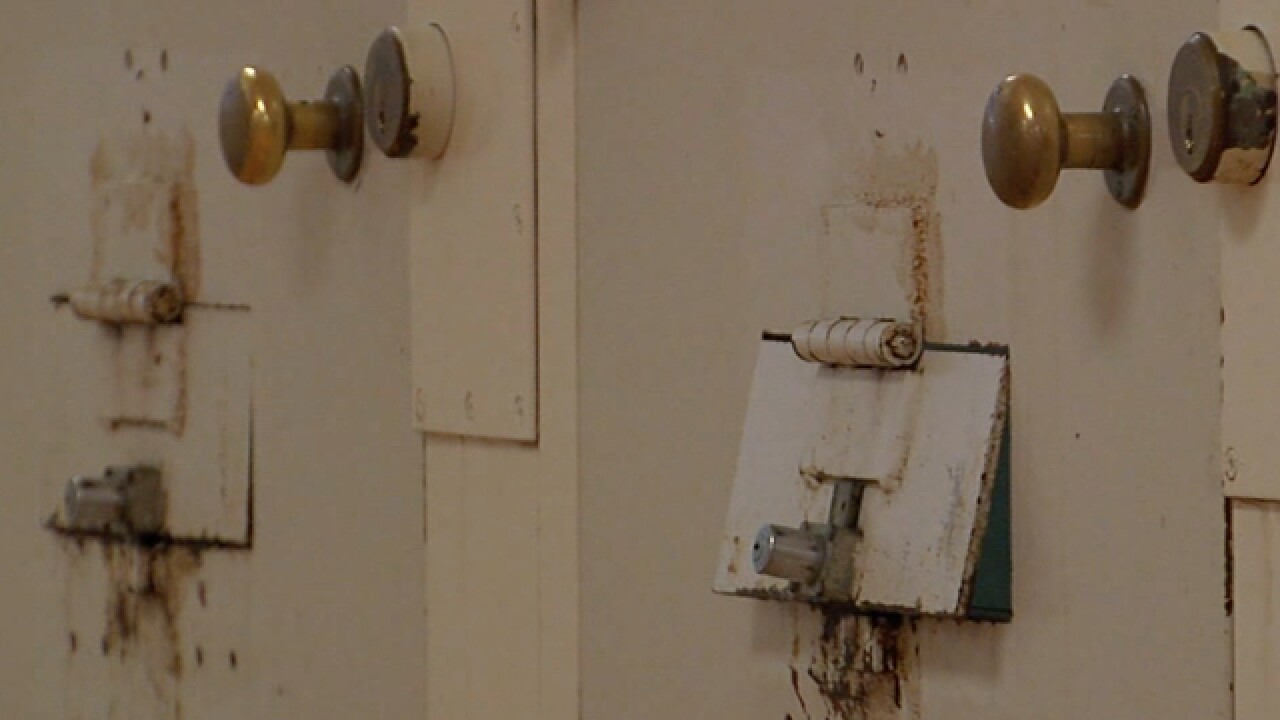 The federal review, a redacted version of which was released by the county today, was initiated at the behest of the county following six recent inmate deaths at the jail and multiple complaints from Cuyahoga County judges about the care inmates receive.

In wake of the damning report, U.S. Marshals announced on Wednesday afternoon they are pulling federal inmates out of the Cuyahoga County Jail downtown.

The Marshals will now house their prisoners in the Euclid Jail Annex, which is part of the county system.

The report, which was released on Wednesday morning, highlights multiple areas where the jail is considered "At-Risk."

The report found issues with employees who are supposed to provide medical services to the inmates. During a review of medical staff files, the review team discovered one staffer had an expired CPR certification. Four other staff members had expired licenses and a licensed practical nurse didn't have a license on file, the report said. A medical technical assistant was found to not have a diploma. The review team found two EduCare staff had partial certifications, while another licensed practical nurse and a separate nurse practitioner had board actions on their verifications, but they didn't have documentation of the disposition, the report said.

Inside the jail, the Security Response Team, which is commonly referred to as “The Men in Black” by the inmates due to their black paramilitary uniforms, had inmates concerned about their safety. The interviews, conducted with more than 100 inmates, revealed a “strong and consistent allegation of brutality” and “cruel treatment,” at the hands of SRT members, the report said.

The review team, under watch of the U.S. Marshals, witnessed one SRT member “verbally abusing and demonstrating aggressive behavior” towards inmates, according to the report. Some SRT members who were asked to escort inmates to meet with the review team referred to the inmates openly as “snitches,” which led the review team to request the removal of up to 10 inmates for fear of retaliation by SRT members, as well as concerns about inmate safety.

The report states some inmates are forced to forego showers and basic hygiene under a security lockdown protocol known as "Red Zone," which keeps prisoners in their cells 27 hours or more because of insufficient jail staffing.

When inmates are allowed to shower in the "Red Zone," they must do so in full view of other inmates and staff, since there are no shower curtains. According to the U.S. Marshals, jail staff flat out "refused" to install curtains that would afford inmates a sense of privacy, so they could shower without an audience. Other basic necessities such as toilet paper, toothpaste and toothbrushes are also withheld, the report said.

The inmates assigned to “No Contact Housing,” who, according to the report, do not have access to mail, phones or the general jail population are, “denied general housing privileges they are entitled.” This includes access to toilet paper, toothbrushes and toothpaste.

According to the report, inmates residing in the Restrictive House Units are given food that "lacks basic nutritional requirements." While the food at the jail isn't expected to be award-winning, inmates receive chow that doesn't meet daily calorie standards, the report said.

Inmates who have medical conditions requiring special meals are overlooked and underfed. The report says that court meals at the jail aren’t properly refrigerated and the food was found set aside in areas that “reeked of dead vermin.”

The report states that the jail is actually operating above the American Correctional Associations rated capacity. Inmates are forced to sleep on a mattress on the floor due to overcrowding, the report states. Two pregnant women found during a review of the jail were seen having to share a mattress.

According to the report, the jail’s capacity is rated for 1,765 inmates, but during the inspection, the facility was found to have 2,420 inmates and detainees. Aside from overcrowding, the report says the jail is also understaffed. Currently, there are 677 members of the correctional officer custody staff, leaving 96 vacancies open, according to the report.

Inmates waiting for court in cells designed to hold two people at a time were found sharing a cell with up to 12 prisoners inside. These inmates are often left locked in and unsupervised for longer than 10 hours at a time without access to toilets or running water, according to the report.

“It almost needs to be gutted at this point and start from the bottom up,” US Marshal Pete Elliott told 5 On Your Side Investigators after report exposed major failings inside #CuyahogaCounty jail. @WEWS #CleNews pic.twitter.com/IgbZI9q1SH

Below is a breakdown of individual areas the review team looked at and their remarks. Six of the seven areas reviewed were less than satisfactory.

Several Cuyahoga County officials gave the following statements following the release of the U.S. Marshals' report. These were shared before the Marshals announced they were pulling out.

It is important to put this in context. The County Jail is inspected each year by the Ohio Department of Rehabilitation and Corrections. The County relies on the state to identify issues in our jails through this annual audit process. Each year the County Jail has been determined to be in compliance with state standards.

Despite these positive evaluations, six inmates died in the jail this year. This is not tolerable, and it prompted me to contact U.S. Marshal Pete Elliot to ask him if he would have a team of experts independently evaluate the county jail. The Marshals are known to rigorously apply the highest federal standards of safety for prisoners and staff, and that’s what I wanted. I want to measure our jail against the highest standards and to make every effort to bring our jail up to meet these high safety standards.

The Marshals’ report indicates the county jail is NOT meeting those high standards today. In fact, far from it. This must change, and it will change.

It’s my plan to develop and implement a comprehensive plan to improve safety in the jail, addressing the concerns detailed in the report. We have already made some of the recommended changes. So, for example, the report states that in the Restrictive Housing Unit, food has been used as a punishment. This has stopped.

And I can announce three major steps we are taking right now.

First, the health care of inmates has been a topic of concern. Some of the problems arose from a very awkward and somewhat dysfunctional division of responsibility, with the County hiring the nurses and Metro handling other medical services. Beginning in the first quarter of this year, Metro has agreed to take over the entire medical and nursing responsibilities.

Second, we are immediately working with the Marshals to prepare the Euclid jail to comply with the high federal standards set out in the Marshals’ report.

Some of the concerns in the Marshals’ report can be quickly cured, like the need to practice fire drills. Other issues will take longer to address. We will closely review the Marshal’s report and prepare a comprehensive plan to ensure the safety of prisoners and staff in the jails.

In response to Budish's assertion that the county jail had the blessings of the Ohio Department of Rehabilitation and Corrections, a representative from the state took time late in the afternoon before the Thanksgiving holiday to respond.

It is a selective recounting of the facts at best to describe their annual reviews in that manner. In fact, over the past five years the Cuyahoga County jail has been cited for 45 violations, but counties have long opposed giving the state broader authority to force them to improve jail conditions. The recent, unacceptable series of inmate deaths triggered a new review of their practices and together with the U.S. Marshals’ report hopefully Cuyahoga County will choose to take the right steps.

I want to reiterate that the safety of our staff and of our inmates is extremely important.

I want to thank the U.S. Marshall’s office for agreeing to audit our jails and for providing this report to us.

In some cases, as they raised issues, we were able to immediately address those. We are now going through every single one of the report findings and making sure that we understand and respond to each one.

The bottom line is this – we all want our jails to be safe and secure and I will make sure that they are.

My role as interim director of the jails is to make sure that command staff and CO’s are following all the protocols and policies that we have laid out.

As most of you know, I am new to this position, but I have deep experience in the law enforcement and corrections areas.

Job number one for me is to address the concerns in this report. Just like the Sheriff and the County Executive I want to make sure that our jails are safe and secure.

My plan is to work for the Sheriff and the County Executive to run down these issues and to come back with a plan to address them.

I will be prioritizing areas in two ways – the first, what conditions might exist that could be unsafe either for our staff or for our inmates, and second, what is easily addressed; what can we get to immediately?

I commit to you that I and the Sheriff will be back with a report on changes and improvements.

You can read the U.S. Marshals report on the Cuyahoga County Jail in its entirety below:

We're receiving emails to the newsroom about this report. If you'd like to share your experiences, or those of a loved one, with our investigators, you can submit your feedback below.