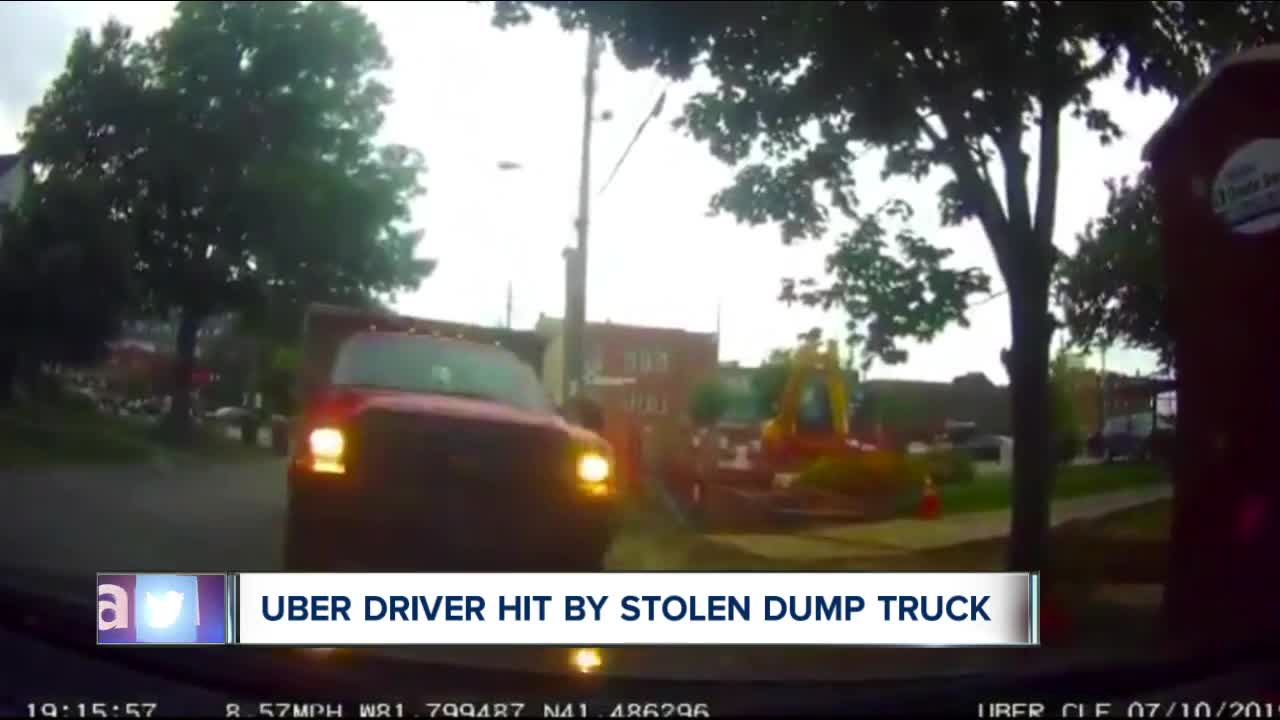 Lakewood police are searching for the driver of a red dump truck that hit an Uber driver and drove off. 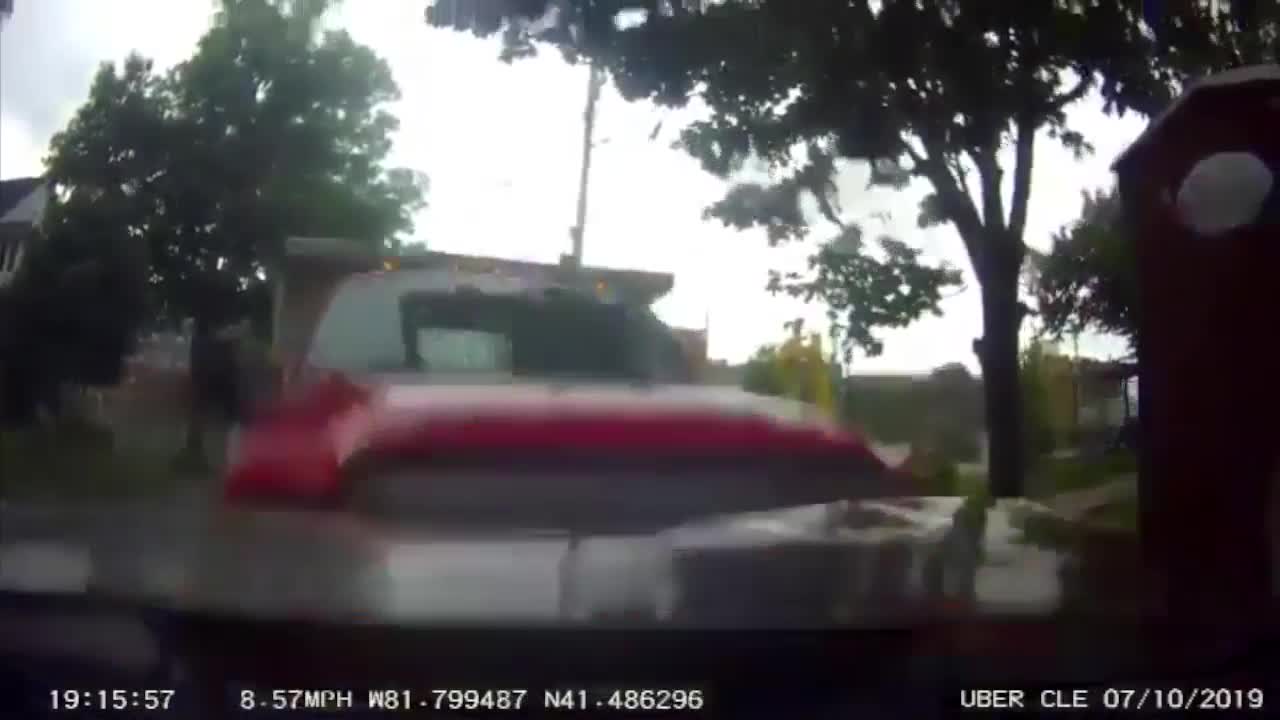 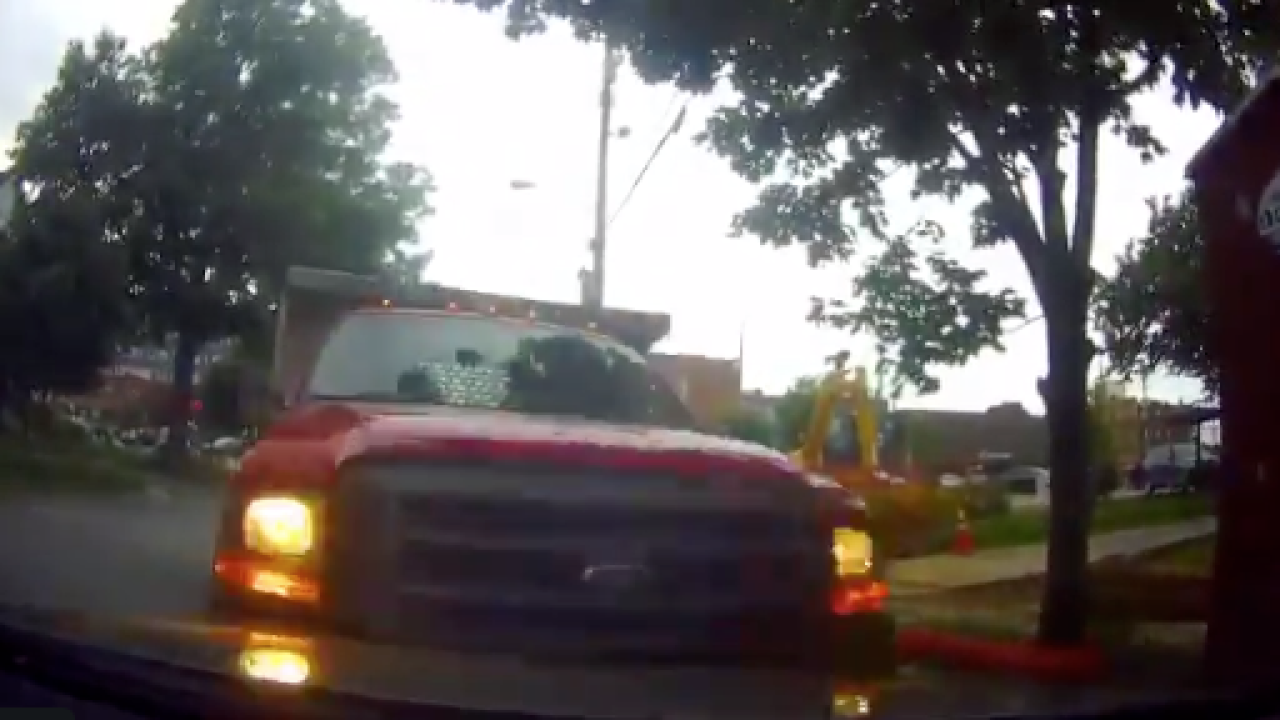 The crash happened on Warren Road just north of Detroit Avenue in Lakewood around 7:15 p.m. Thursday. Immediately after the crash, which sent Booth’s Lincoln approximately 30 feet down the road, the driver of the reportedly stolen dump truck took off. Lakewood police reportedly found the truck abandoned in Rocky River. It had been reported stolen out of Tallmadge, Booth said.

“It’s not a Kia coming at you; It’s a Ford F450 pickup with a flatbed or a dump bed coming at you. It’s enough to scare the ever-living crap out of you,” Booth said. “To walk away with just [a sprained wrist and thumb] and some bumps and bruises maybe, I’m damn lucky. We always say, ‘man, I feel like I’ve been hit by a truck, or even run over by a truck.' Now, I know how that feels."

Booth had just completed his final ride on Thursday and was heading home to North Ridgeville. According to Booth’s dashboard camera footage, the large truck was heading north on Warren Road when it suddenly veered from the east side of the road to the west side, slamming directly into Booth’s vehicle. A second dashboard camera captured Booth bracing for impact as he used his forearm to shield his face. The crash caused Booth’s airbags to deploy. Booth can be heard and seen moaning and grimacing in pain.

“When you get to see the reaction of your own face, it’s enough to make you eight shades of white. You can’t put it into words because it’s almost like a dream or a bad movie,” Booth said. “It’s not quite a nightmare but you just can’t believe that it’s happening in that moment when somebody veers right for you. He aimed right for me and drove off.”

The crash caused significant damage to Booth’s vehicle, which serves as a mobile office for his full time Uber driving and private chauffeur business. Booth said the age and mileage of his vehicle, coupled with the damage, will likely mean it will be a total loss.

“It’s money just passing you by,” Booth said. “Who would have thought on a Wednesday evening in July I would be on my way home and I get hit head on by a dump truck in Lakewood?”

Immediately after the crash, the driver of the reportedly stolen dump truck weaved around Booth’s vehicle – which was in the middle of the road – and slammed into a neighbor’s trash bin. The driver then shimmied past a utility pole and hurriedly left the scene.

“From what other drivers have said, they saw this guy driving around and he looked asleep at the wheel. I bet he doesn’t even know what he hit,” Booth said. “It’s bad enough if he was drunk and hit me like that and stayed. But if he were drunk or high and hit me and then leave? Not cool. Not cool at all.”

If you have any information on the hit-and-run crash or the identity of the other driver, you are urged to contact Lakewood police.