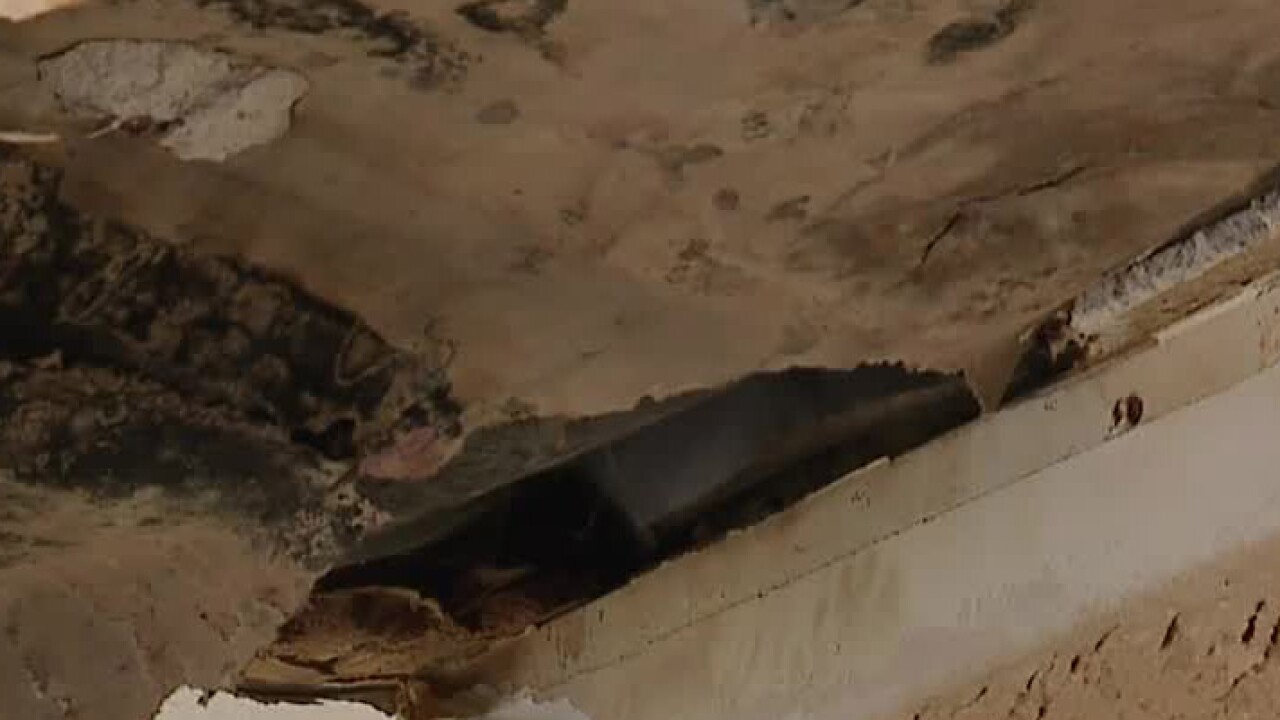 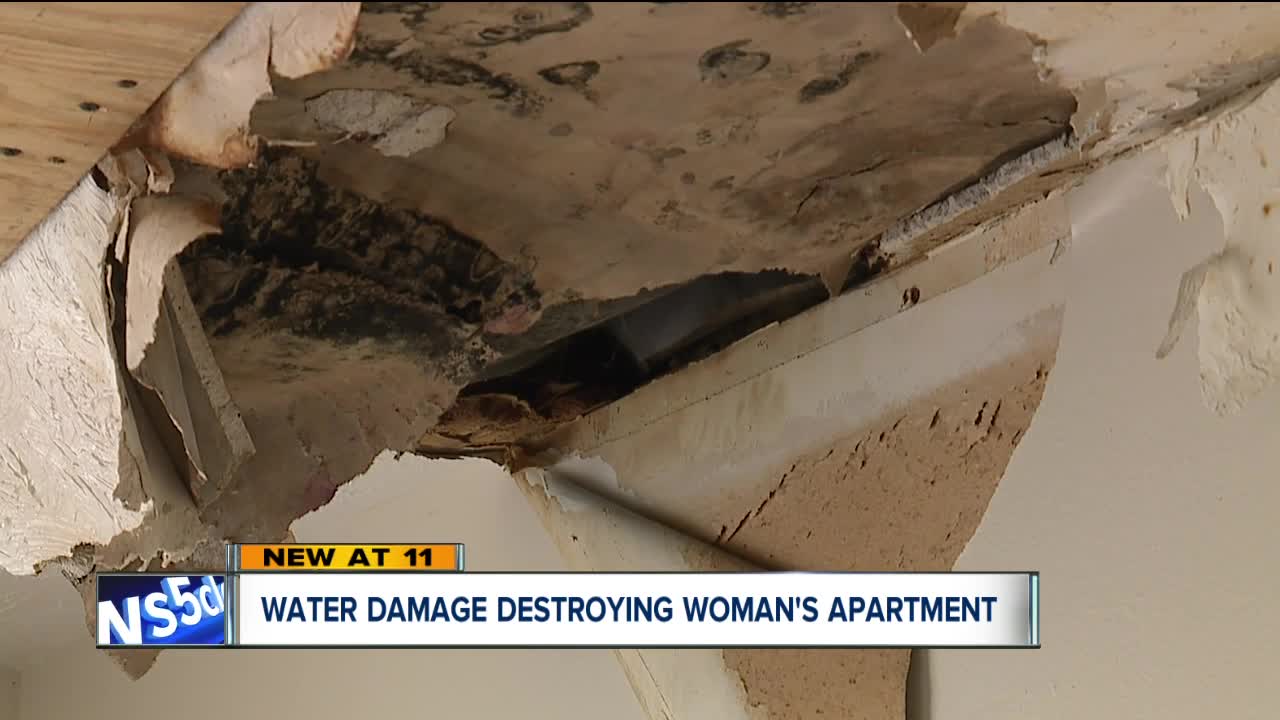 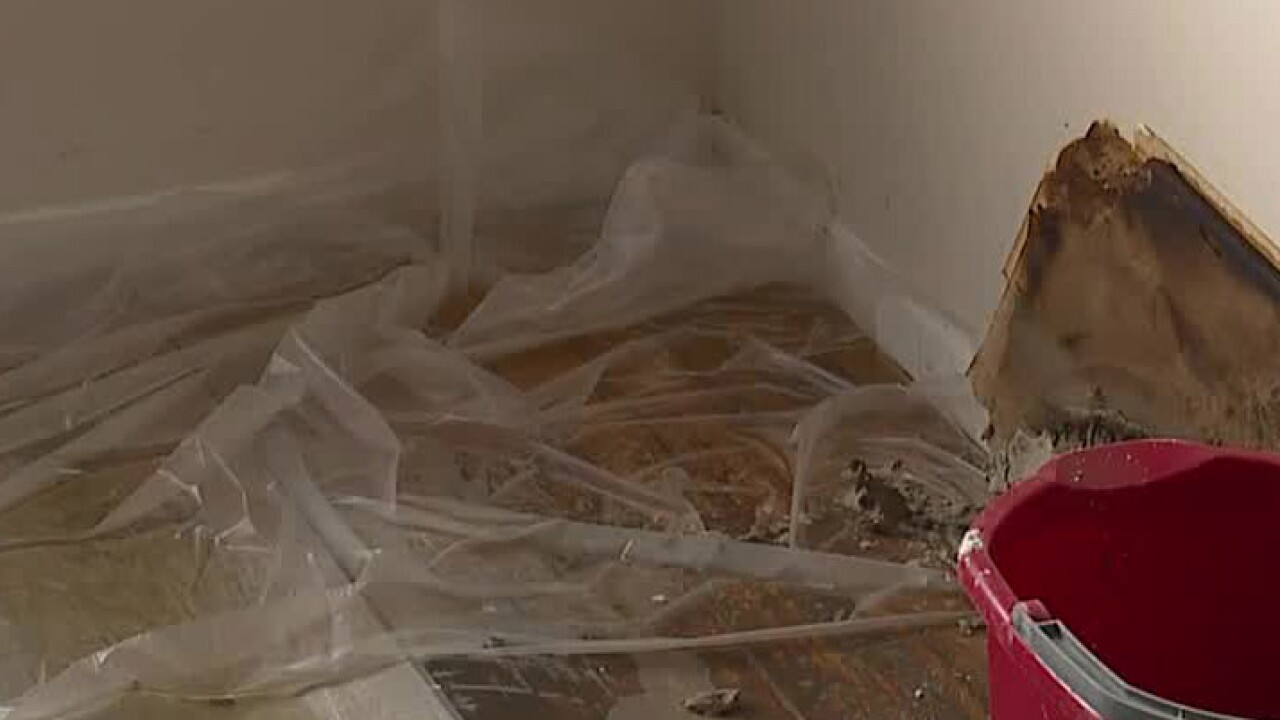 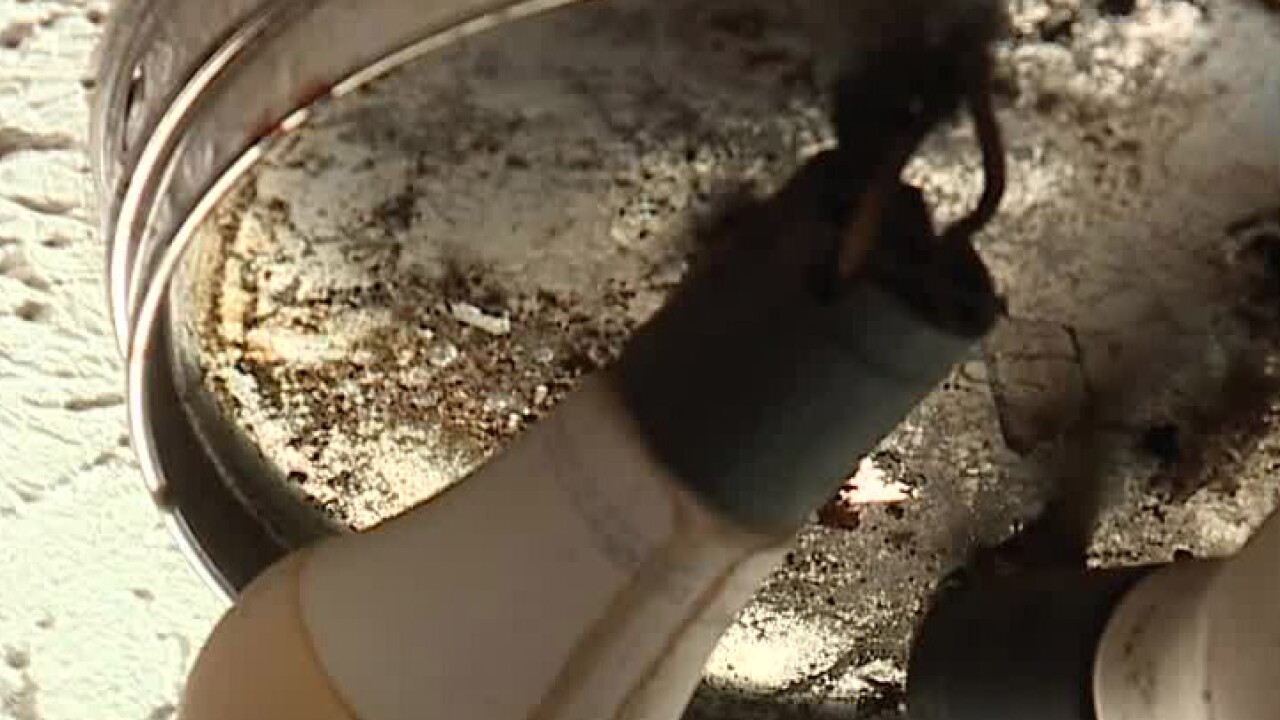 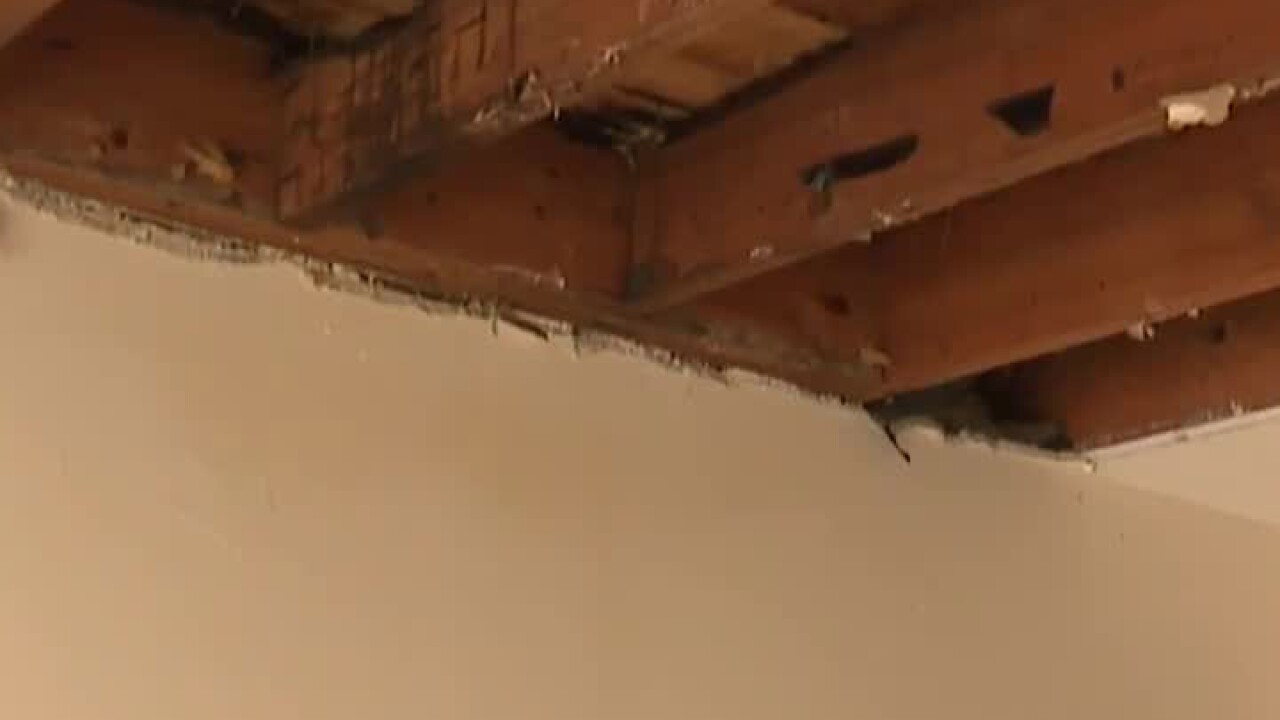 WARRENSVILLE HEIGHTS, Ohio — Water runs down the walls and warps the floors in Valerie Hardy’s apartment in Warrensville Heights. Water even fills the lightbulbs, forcing the electricity to be shut off. It’s been the case for months, and each day is a nightmare, Hardy said.

Hardy moved into the apartment unit on Granada Blvd. in Warrensville Heights with her special needs daughter in November 2017.

Soon after, she said, the ceiling began leaking water into her daughter’s bedroom, destroying furniture and electronics.

The leaks continued and management moved her into a different unit five months ago, Hardy said, and that’s when the problems got even worse.

She said that once again, the roof started leaking into the house and the ceiling began to collapse — part of it falling onto her daughter’s head, she said, causing an injury.

“The situation is just getting worse and worse,” she said.

Their belongings are piled high on any available surface where water can’t reach, much of it still wrapped in plastic bags.

Hardy said management told her she should have had renter’s insurance. She said since she is low-income, that is something she just can’t afford. Regardless of the furniture damage, she said, no one should be living in these conditions. She said she keeps getting the run around from management when looking for a fix.

News 5 has reached out to the building management and property owner for their response, and will update as soon as it is received.

Warrensville Heights Councilman Walter Stewart said the condition of the unit where Hardy and her children live is “completely deplorable and there is no excuse for it whatsoever.”

Councilman Stewart said he will be reaching out to the property management company first thing Monday, as well as taking the matter to the Warrensville Heights Building Department.