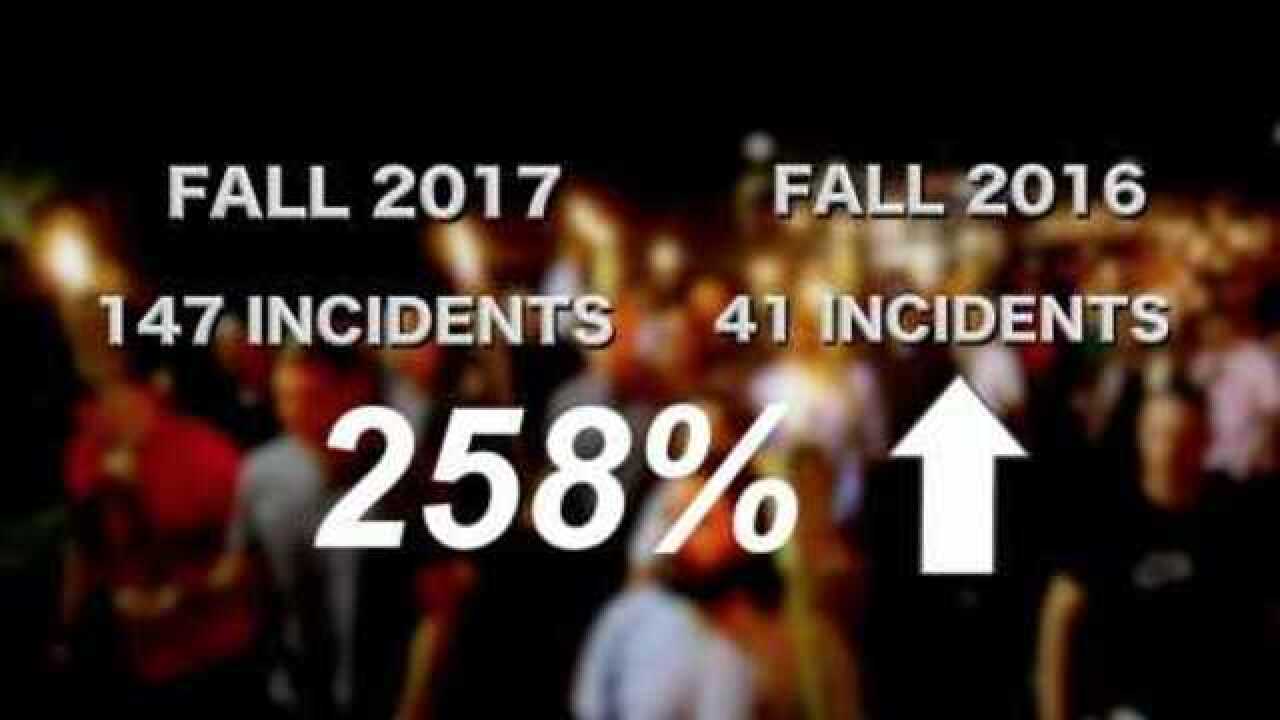 According to the Anti Defamation League, white supremacist propaganda is showing up more often on college campuses, including in Ohio. The ADL released a report this week showing a surge in campus propaganda last semester.

A vile poster telling LGBT students at Cleveland State to kill themselves was found outside the campus' new LGBT center in October and was attributed to a group called "fascist solutions."

According to the ADL, there were 14 similar instances in the last 16 months, where hateful, white supremacist propaganda showed up on Ohio college campuses. That makes Ohio sixth in the country for this kind of hurtful language.

The ADL's report claims, white supremacists are targeting college campuses "like never before."

The propaganda goes beyond posters though. White nationalists, like Richard Spencer are fighting to speak on college campuses, like at Kent State, where he requested to speak to students in May, on the 48th anniversary of the school's deadly shooting.

Kent State denied Spencer's request to speak at the school and he has since threatened to file a lawsuit.