Why did manhole covers explode in downtown Cleveland last night?

And now we know: The manhole covers that exploded in several locations around Public Square happened when a fire was caused by a single wire that failed, according to Mark Durbin, spokesperson for FirstEnergy Illuminating Company. 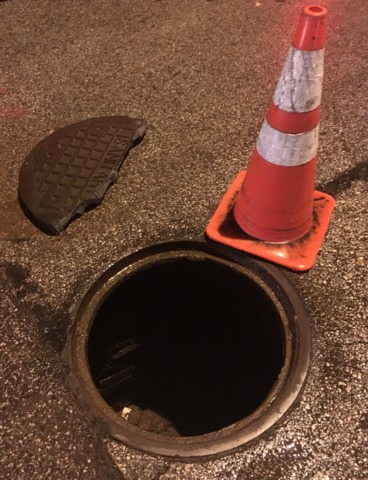 "It's still unclear what exactly happened as we are still investigating, but we know a fire started, which trapped heat and smoke in the tunnels, causing the manhole covers to pop off because of pressure," Durbin said.

When explaining the use of manhole covers in metropolitan areas like downtown Cleveland, Durbin suggested first thinking about the wire and poles you see in any neighborhood. Instead of having them above ground, the wire and transformers are underground in vaults.

The wires are all connected underground, so when one location has a problem, the surrounding areas will also be affected.

The first explosion was reported north of Public Square at around 5:30 p.m. on West 2nd Street and St. Clair Avenue, causing a power outage that affected 130 customers, Durbin said. 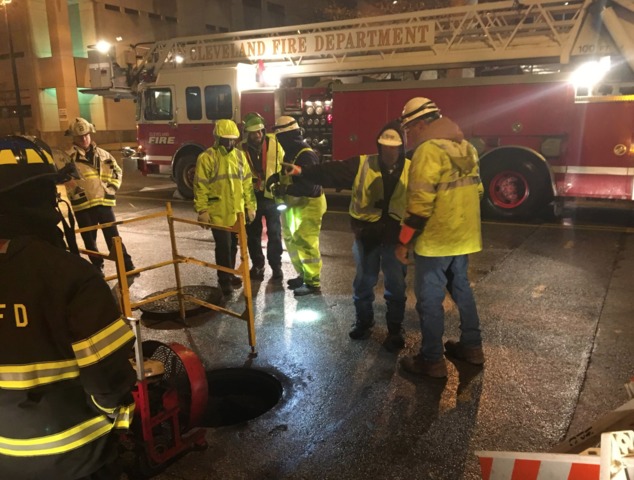 The Cleveland Fire Department assisted with the explosions by using a thermal imaging camera to see hot wires through smoke in the manhole. Fans were also used to remove the smoke so the Illuminating Company could assess the situation. Photo courtesy of Cleveland Fire.

"We re-engineered the system, only to find another problem, so we proactively took the electricity offline, which affected 500 customers," Durbin said. "After three hours, the customers had electricity back."

In total, about three to four manholes in the area of West 2nd were affected.

The problem areas were isolated and rerouted to another grid to give those customers power back.

"We do inspections and expect everything to operate 24/7 in freezing temperatures and 90-degree weather," Durbin said. "We have highly skilled crews who go down in the main vaults to keep everything operating. They're pretty much the unsung heroes no one sees."