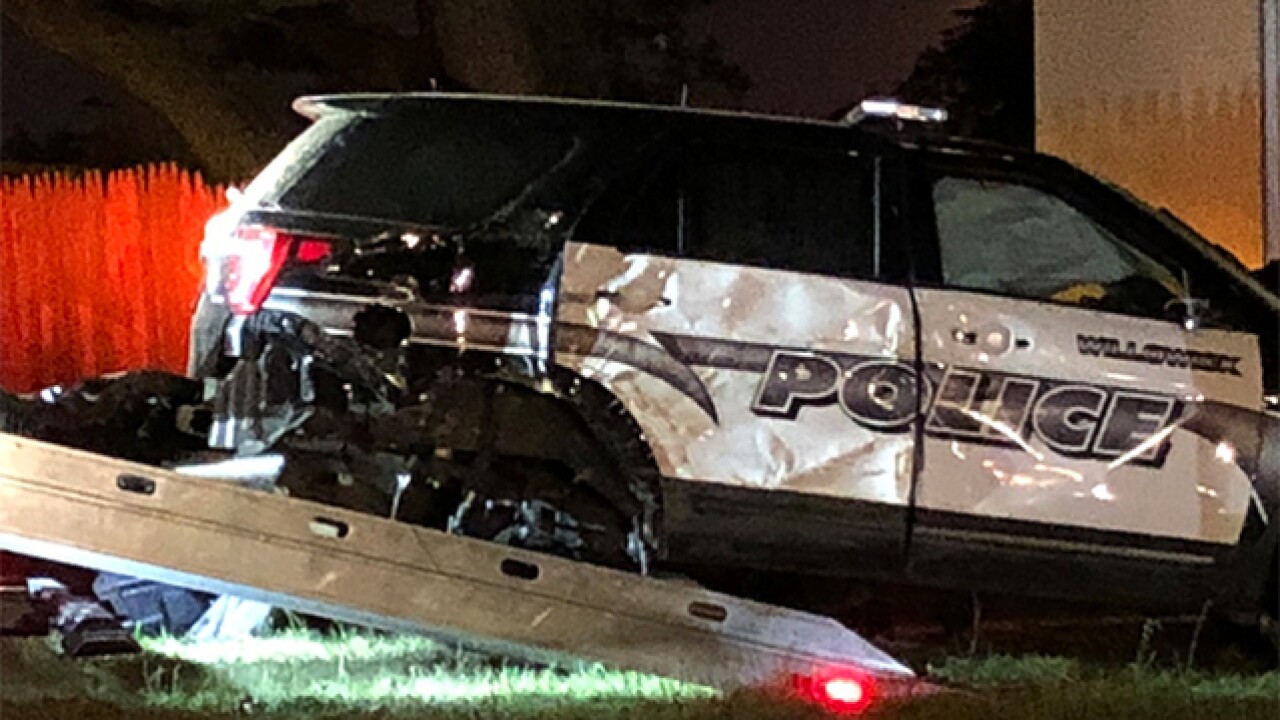 Copyright 2018 Scripps Media, Inc. All rights reserved. This material may not be published, broadcast, rewritten, or redistributed.
<p>Willowick cruiser is getting towed from home where it crashed.</p> 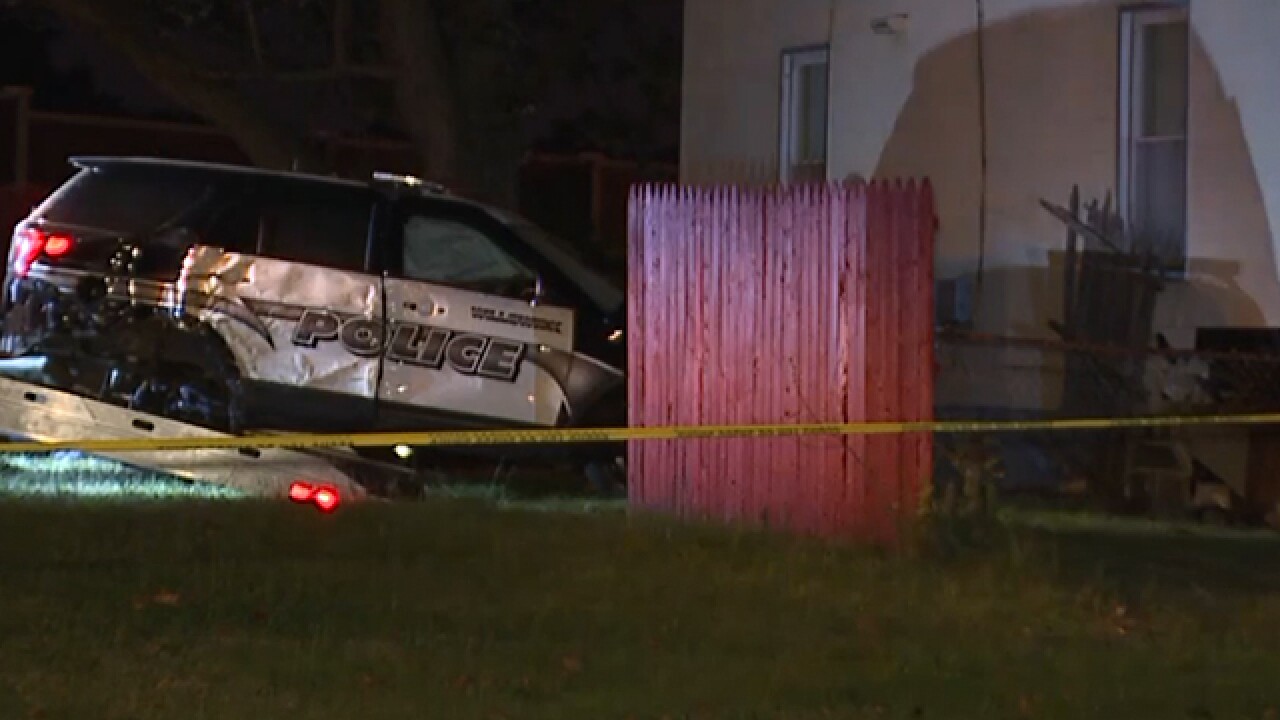 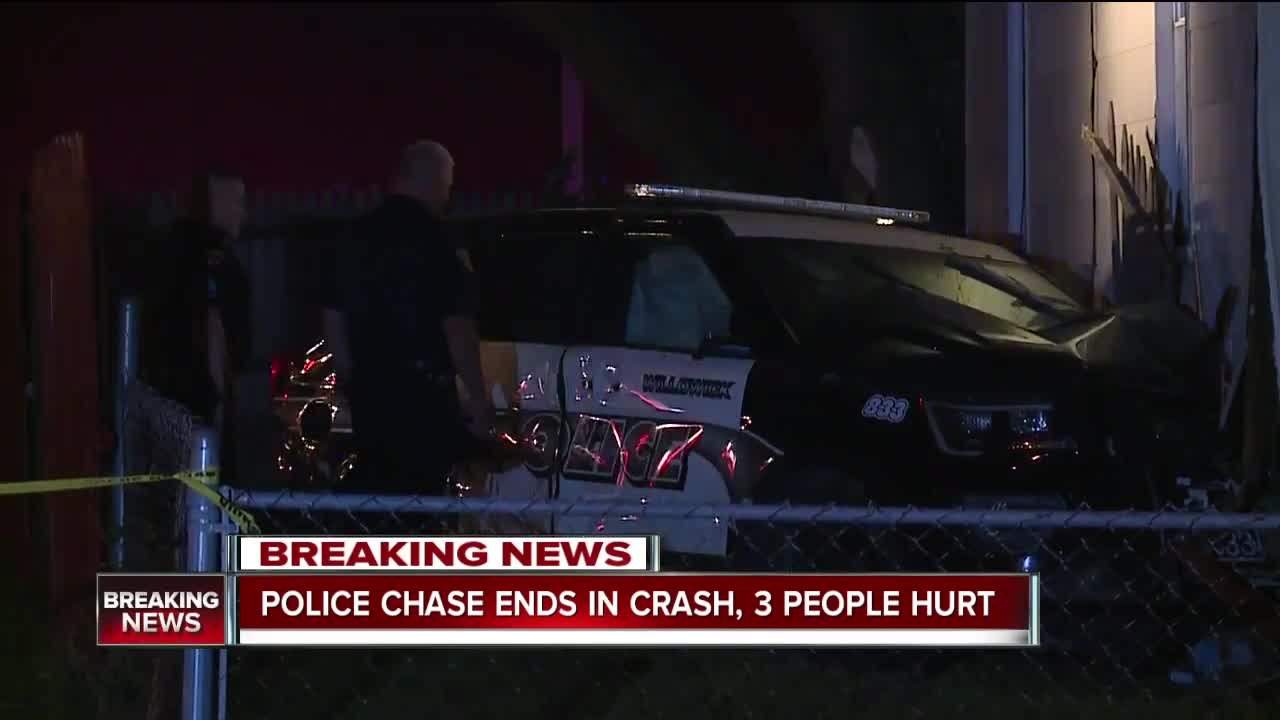 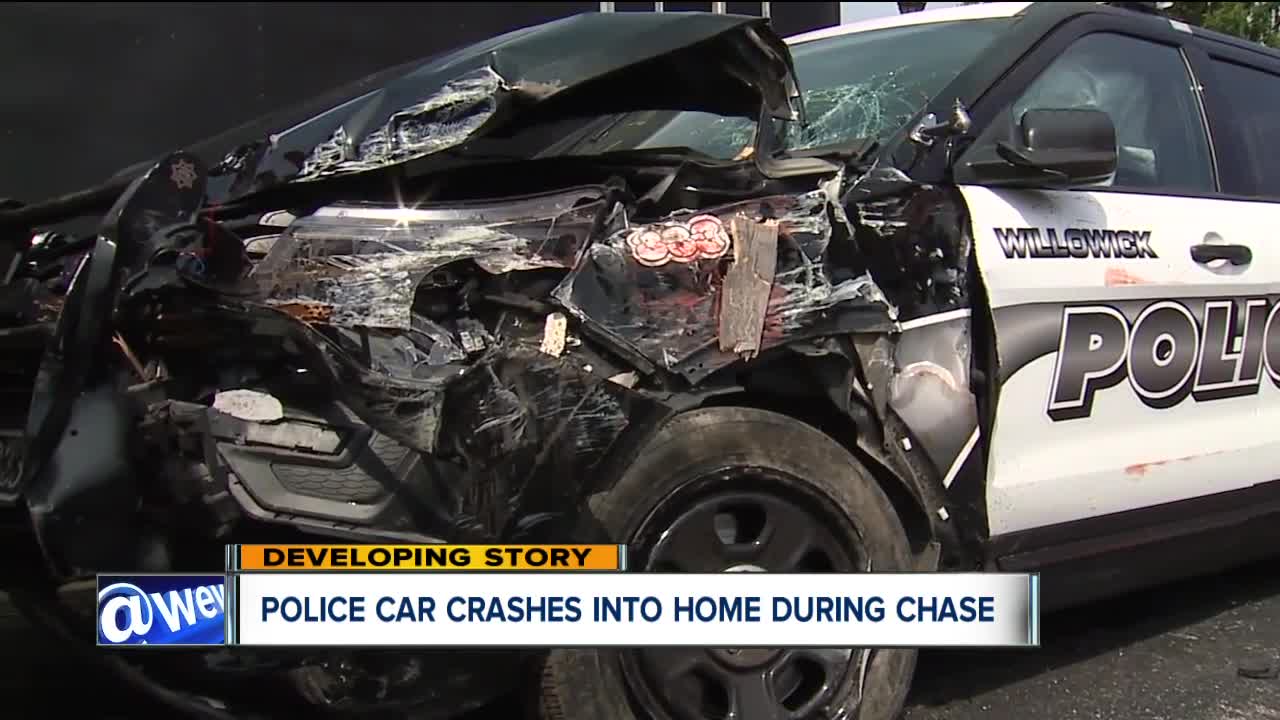 A Willowick cruiser crashed into a Cleveland home Monday morning after an officer was involved in a pursuit.

It happened at the intersection of E. 147th Street and Waterloo Road just after 4 a.m.

The officer was taken to University Hospitals Cleveland Medical Center in stable condition. One man and one woman, who were in the home during the crash, were taken also taken to the hospital with minor injuries.

The officer chased a vehicle believed to be involved in a smash and grab at a cash loan store in Eastlake.

Brian Turner, Chief of the Willowick Police Department, said the officer followed the stolen minivan when it got off at the E. 152nd ramp from I-90 westbound.

The officer tried to stop the stolen car but lost control.

Chief Turner said he is tired of people committing these crimes and driving at high rates of speed.

"It’s sickening. It's the same officer hit the other day. The blatant disregard for law enforcement is getting ridiculous," Turner said.

He reiterated that the Willowick Police Department will get involved when crimes like smash and grabs take place in their city.

"We are going to chase people that come out here and do this," Turner said. "We not going to sit here with our tail between our legs and watch people just drive away. This isn’t what we signed up for.  We are going to come after you if you do this stuff."

The tow truck arrived on the scene of the crash shortly after 6 a.m. and started towing the cruiser. The cruiser had extensive damage on the right side of the cruiser.

Byron Thomas, the homeowner, walked News 5 through the house to show the damage caused by the crash.

"It's bad," he said, showing us the cracks and shifts throughout the first and second floor.

Yes, the house actually shifted on its foundation.

Thomas said he is thankful he and his daughter weren't in the basement when the cruiser came through.

"If I had been down here, I possibly could be dead."

He said the impact alone threw his daughter out of her bed and moved his. He claimed his neck, head and back are still in pain.

With their proximity to the highway, Thomas said it's not the first time a car has ended up on his lawn. He said it is, however, the first time anything even close to this has happened.

"You wouldn't expect they'd come this far into Cleveland chasing the guy," he said.

Right now, they're figuring out their next move. After all of this, Thomas' next step could be moving out of the house he's owned for 24 years.

"I'm waiting on the insurance company. We will go from there. I worry about our safety first," Thomas said.

The three people involved in the smash and grab that started the chase which caused the crash got away with a stolen ATM.

The name of the officer involved has not yet been released.

Due to a data recovery issue, dash camera footage of the incident wasn't immediately available.