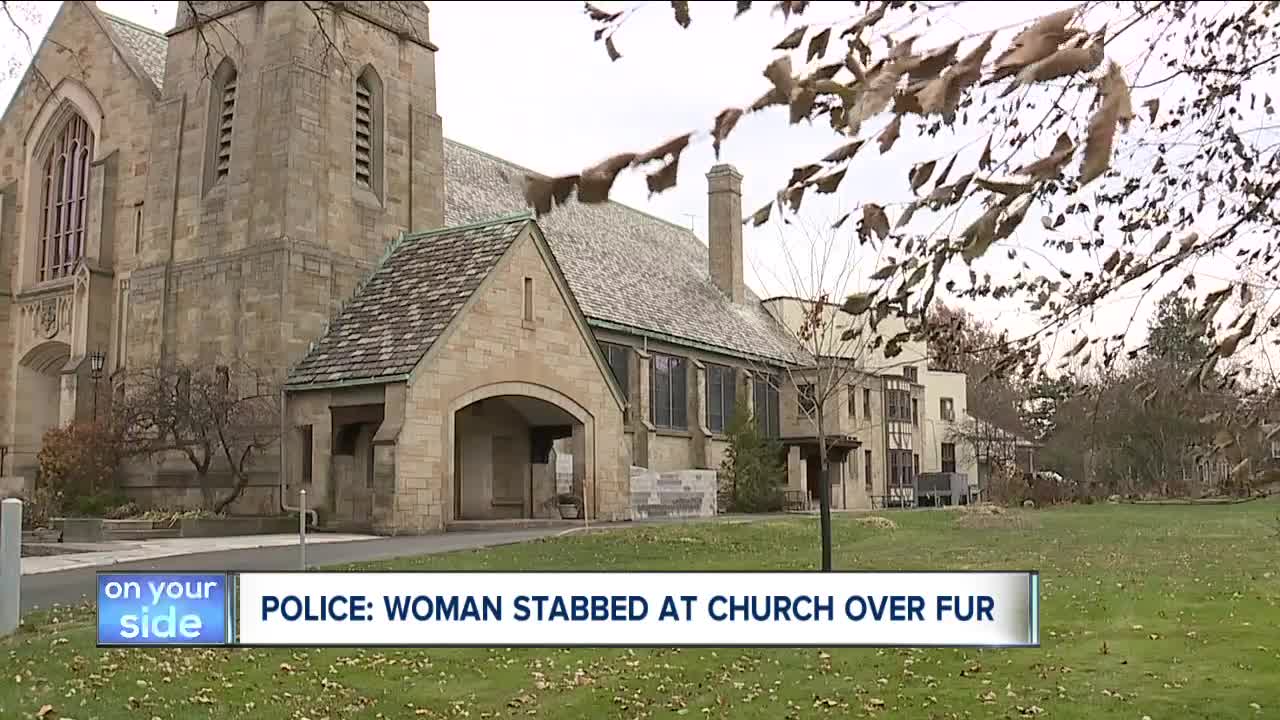 A Cleveland Heights woman, who was charged in 2012 for hiring a hit man to kill a person wearing fur, has been arrested after she allegedly stabbed someone in a church on Wednesday. Police believe the attack was prompted by the victim wearing fur. 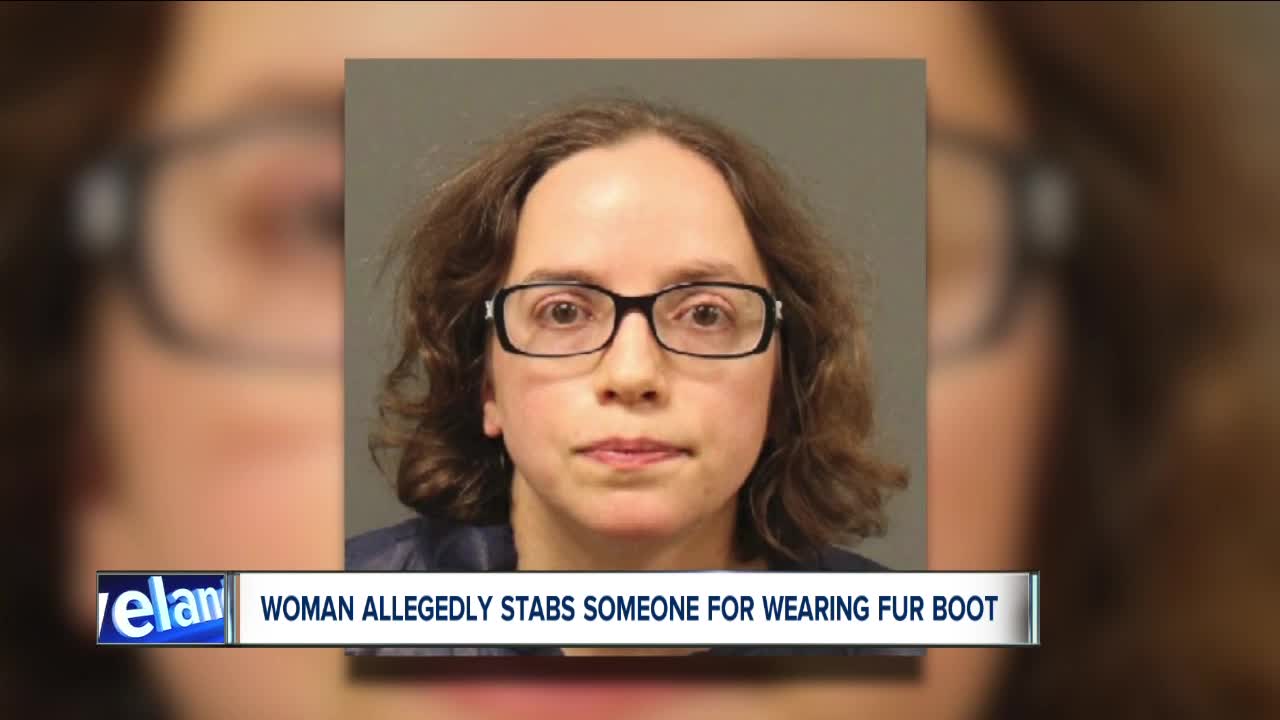 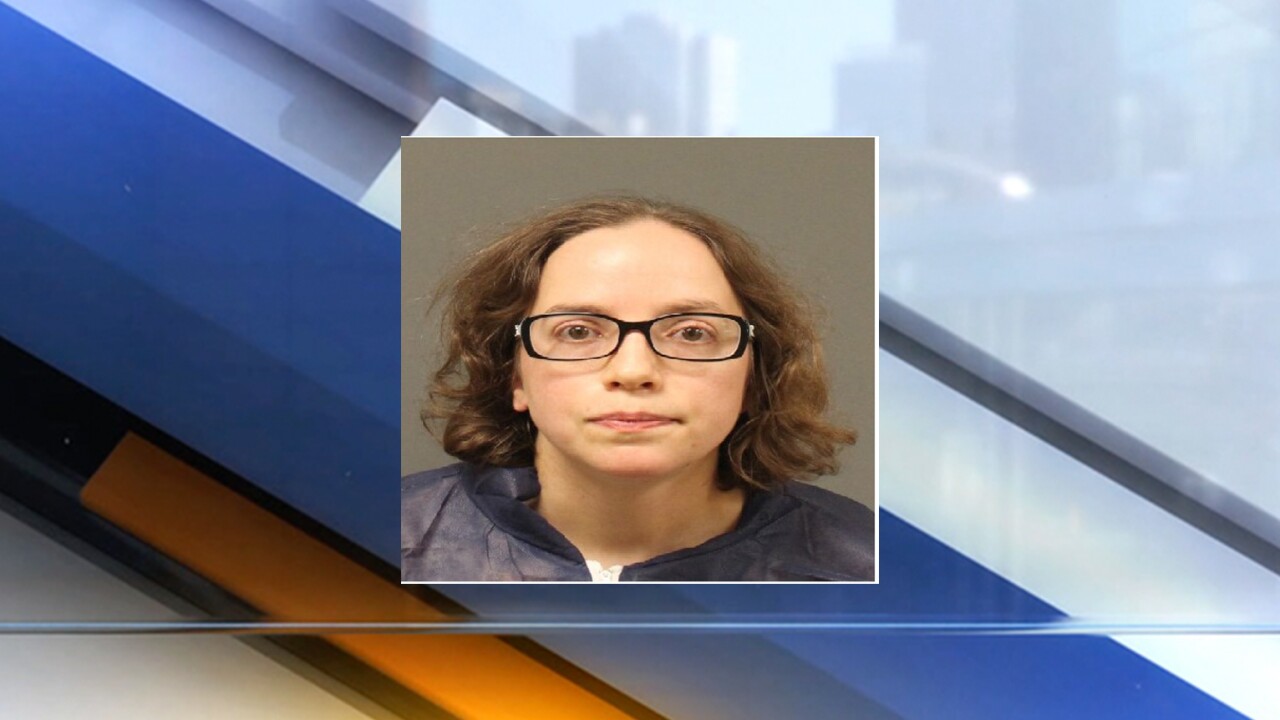 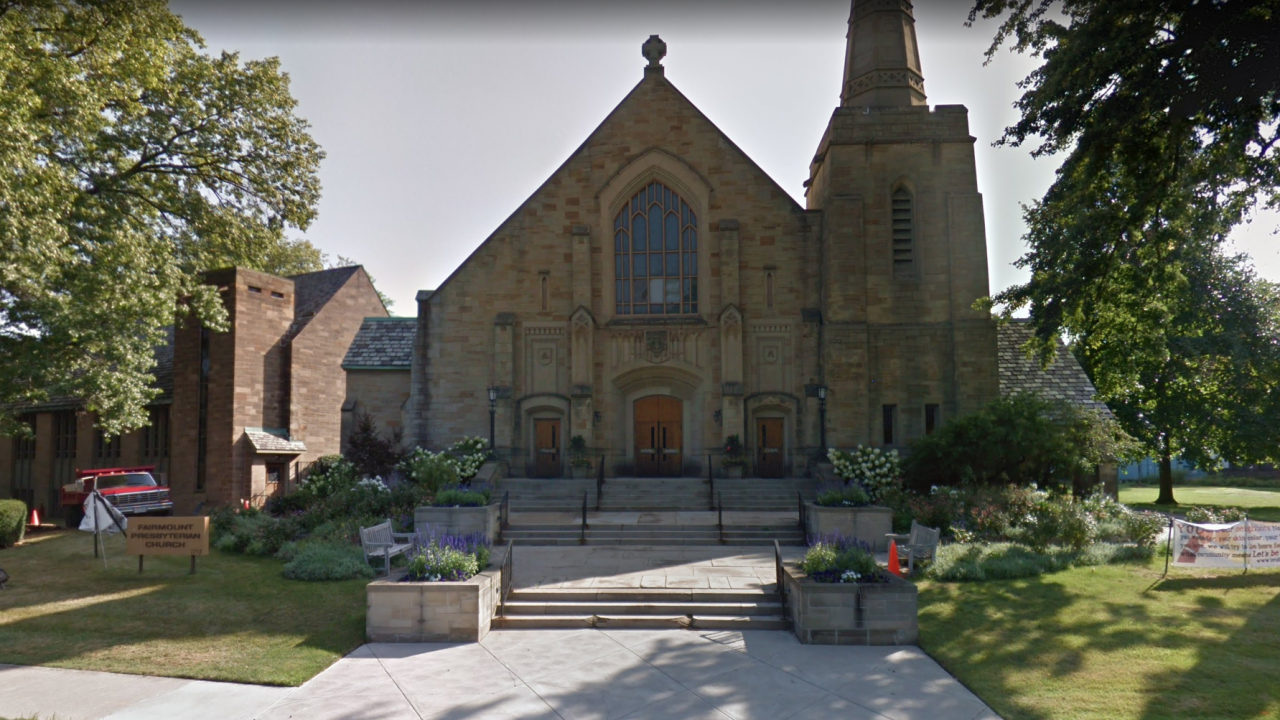 CLEVELAND HEIGHTS, Ohio — A Cleveland Heights woman, who was charged in 2012 for hiring a hit man to kill a person wearing fur, has been arrested after she allegedly stabbed someone in a Cleveland Heights church on Wednesday evening. Meredith Lowell, 35, remains in jail on a $1 million bond in connection with the attack, which police believe was prompted by the victim wearing fur.

Lowell walked into Fairmount Presbyterian Church, 2757 Fairmount Boulevard, and allegedly stabbed a woman multiple times before children’s choir practice, according to a Cleveland Heights police report. When police responded to the church, the female victim was on the floor, surrounded by blood, holding the left side of her body.

A witness told police that she was sitting with the victim inside the main hall of the church with children as they waited for choir practice to begin when Lowell “suddenly appeared and walked through the wooden doors that leads to the main hall.”

Lowell allegedly started “pushing or punching” the victim before walking away, according to the report. The victim, who had two stab wounds on her left arm and another one in her left abdomen, told police at the hospital that she didn’t know she was stabbed until she saw the blood. The victim's injuries are not considered life-threatening, but she remains hospitalized.

In the seconds after the attack, a church staff member and parishioner both managed to subdue Lowell by pinning her to the ground. When officers arrived, they reported finding a yellow kitchen knife next to Lowell.

“It is our belief the motive behind the attack was believed to be [the victim] wearing fur,” Chief Mecklenburg said at a press conference Thursday morning. “It’s a little different. It’s going to take a lot more legwork by our detectives but they are actively looking into everything.”

Chief Mecklenburg also stated Lowell is a resident of Cleveland Heights. According to court records, Lowell lives less than a mile from the church. The police chief also lauded the actions of the church staff member and parishioner.

“They put their safety at risk. They were able to restrain her and hold her down until the police arrived,” Chief Mecklenburg said. “They are to be commended for their actions no doubt.”

Lowell’s anger over fur clothing dates back to at least 2012 when a federal grand jury indicted her on soliciting to murder charges. According to the indictment, Lowell posted several times on social media looking for someone willing to kill a person wearing fur.

“I would like to create an online community on Facebook which would allow me to find someone who is willing to kill someone who is wearing fur toward the end of October 2011 or early November 2011 or possibly January 2012 or February 2012 at the latest,” Lowell wrote, according to the indictment.

As a result of the post, an undercover FBI agent began communicating with Lowell, posing as a hit man. According to the indictment, Lowell wanted to hire a hit man to attack fur-wearing patrons of a Cleveland Heights library. After the arrest, the court ordered Lowell to undergo psychological evaluations.

Out of concern that Lowell would be a risk to the general public or herself, prosecutors requested an evaluation for Lowell’s risk of dangerousness, a more detailed evaluation aimed to examine their potential for future crimes or violence. Prosecutors told the court that Lowell passed a handwritten note to jail guards shortly after her arrest, court records state. That note indicated that if Lowell were to be released, she would contract another hit man to kill a person who is wearing fur or even kill the fur-wearing person herself, according to court records.

Another forensic evaluation later determined that although Lowell was not competent to stand trial, she did not pose a risk to herself, the general public or to property. Prosecutors later dismissed the charges with the option to re-file them at a later date.

Lowell’s whereabouts from 2013 through late 2018 remain unknown. However, court records state she received mental health treatment at a federal facility prior to her case being dismissed.

In January 2019, Lowell was indicted in Cuyahoga County Court of Common Pleas for felonious assault in connection with an incident that occured in November 2018. She was released on $5,000 bond and her case was later transferred to mental health court, a specialized docket for individuals with documented mental health-related issues.

Rev. Jessie MacMillan, the interim pastor at Fairmount Presbyterian Church, said it appeared Lowell followed a church-goer in through a secure entrance. For the past two years, the church has been developing an emergency plan, which includes added security measures around the church’s entrances.

Despite the traumatic nature of Wednesday’s incident, the pastor said she is proud of the way church staff and the congregation handled it.

“It’s not something we anticipated happening but we are working through it. We’re all praying a lot. We’re learning on each other. We’re having conversations when we need to have them,” Rev. MacMillan said. “Most of all I’m proud of the children who witnessed an event that was traumatic for them and how brave they were.”

During the incident, church staff whisked the dozen or so children into another wing of the church. In a backroom that is often used for meditation or reading, the children and staff huddled inside a large tent. During and after the incident, Rev. MacMillan said the children were trying to make sense of what happened. However, at the end of the night, the children ended up praying for both the victim and for Lowell.

“The children accepted that as much as they accepted the prayers for the victim, and themselves and the other church staff,” Rev. MacMillan said. “Jesus said, ‘let the children come to me. Do not prohibit them from coming to me.’ Our stance as a church has to always be, ‘let them come and when they come, make sure they are safe.’”