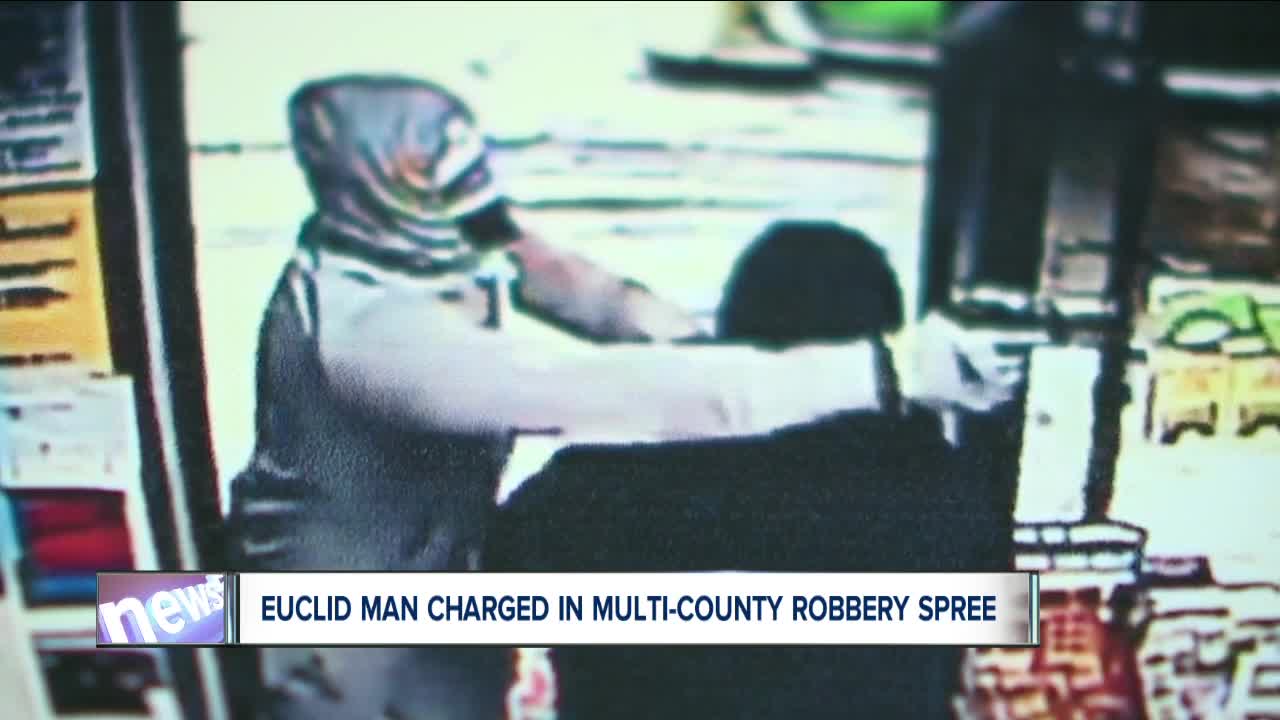 Investigators from across Northeast Ohio teamed up to track down a suspect wanted in connection with a string of violent armed robberies. 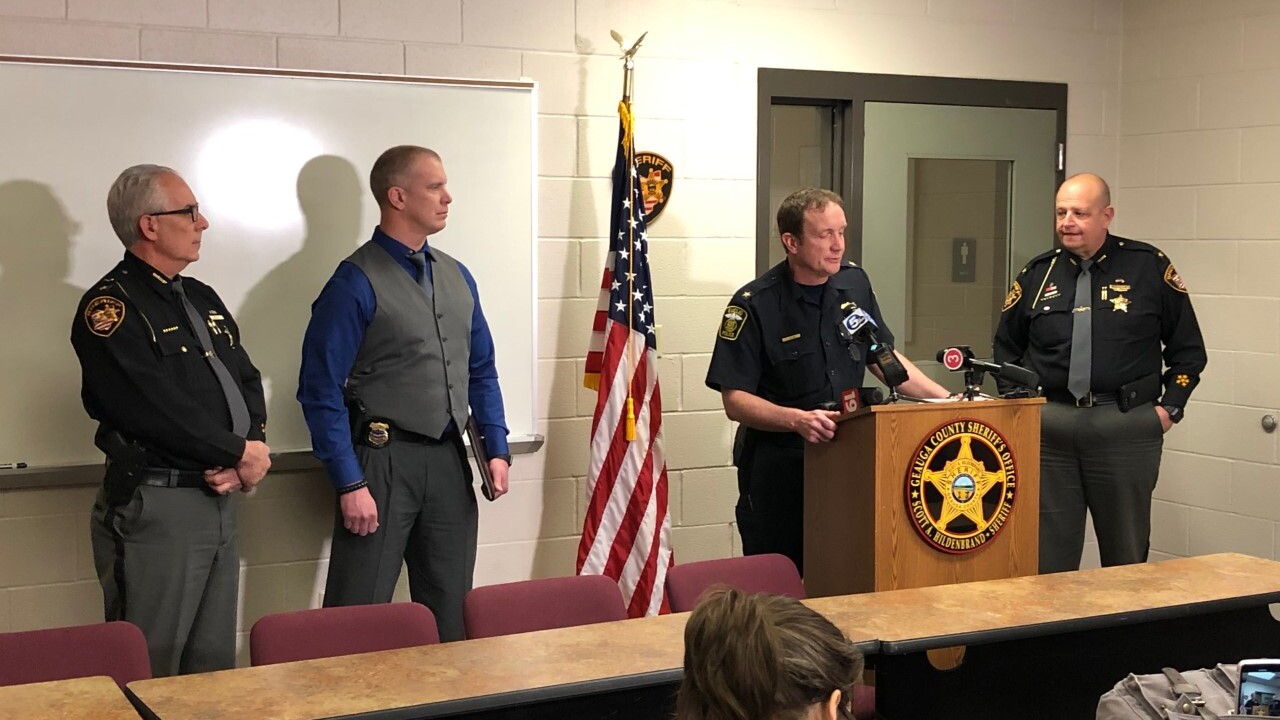 GEAUGA COUNTY, Ohio — Investigators from across Northeast Ohio teamed up to track down a suspect wanted in connection with a string of violent armed robberies.

Those he’s accused of holding up at gunpoint are relieved he’s finally off the streets.

“Two people's bodies with his and a gun to their heads,” said one gas station employee who didn’t want to be identified.

That employee said she watched in horror as the masked gunman grabbed a coworker and customer.

“Snatched him up like a child and pulled him in and threw him face down on the counter,” she said.

She and two other employees were able to hide in the bathroom and cooler.

“Pure adrenaline and get out of the way don’t let him see us,” she said.

In the days following their scare, employees watched helplessly as similar robberies started happening at other gas stations and Dollar General stores nearby.

“I just knew that there was enough law enforcement on this that he was not gonna get away with it,” said the worker.

Wednesday night, police from Cuyahoga, Geauga and Lake counties, along with the FBI, arrested Johnson.

Police tell us the mask, gloves and stolen SUV Johnson used in each robbery quickly helped tie him to the crimes.

The Geauga County Sheriff said the 32-year-old has an extensive criminal record and had previously served 10-years in prison for involuntary manslaughter, which was connected with an armed robbery.

There was growing concern in the days leading up to Johnson’s arrest, because police said he was becoming increasingly violent.

“He was grabbing individuals, taking them, kidnapping them, throwing them around in the store against counters, out to vehicles and you saw in subsequent footage that he was doing the same thing in other aggravated robberies that he was doing,” said Frank Leonbruno, Lake County Sheriff.

Employees at the BP gas station told News 5 they’re grateful their few minutes of danger ended without anyone getting hurt.

“He was looking back here to see if we were in the window that’s what gave me chills,” said the worker.

Johnson is charged with two counts of aggravated robbery, but police expect there to be additional charges as their investigation continues.