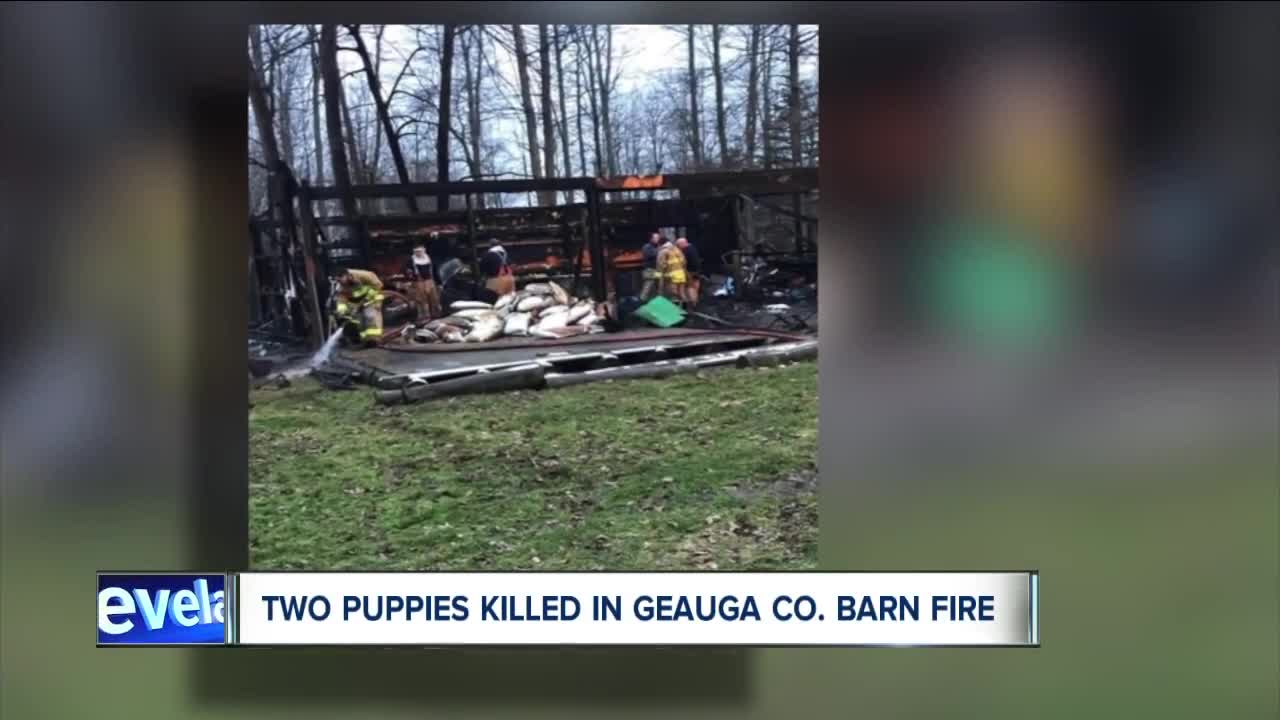 The barn of a Geauga County animal shelter foster home caught fire Saturday morning, killing two puppies, injuring a mother dog and causing a pregnant dog to go into labor, according to Geauga Mama Dogs and Pups and the Troy Township Fire Department. 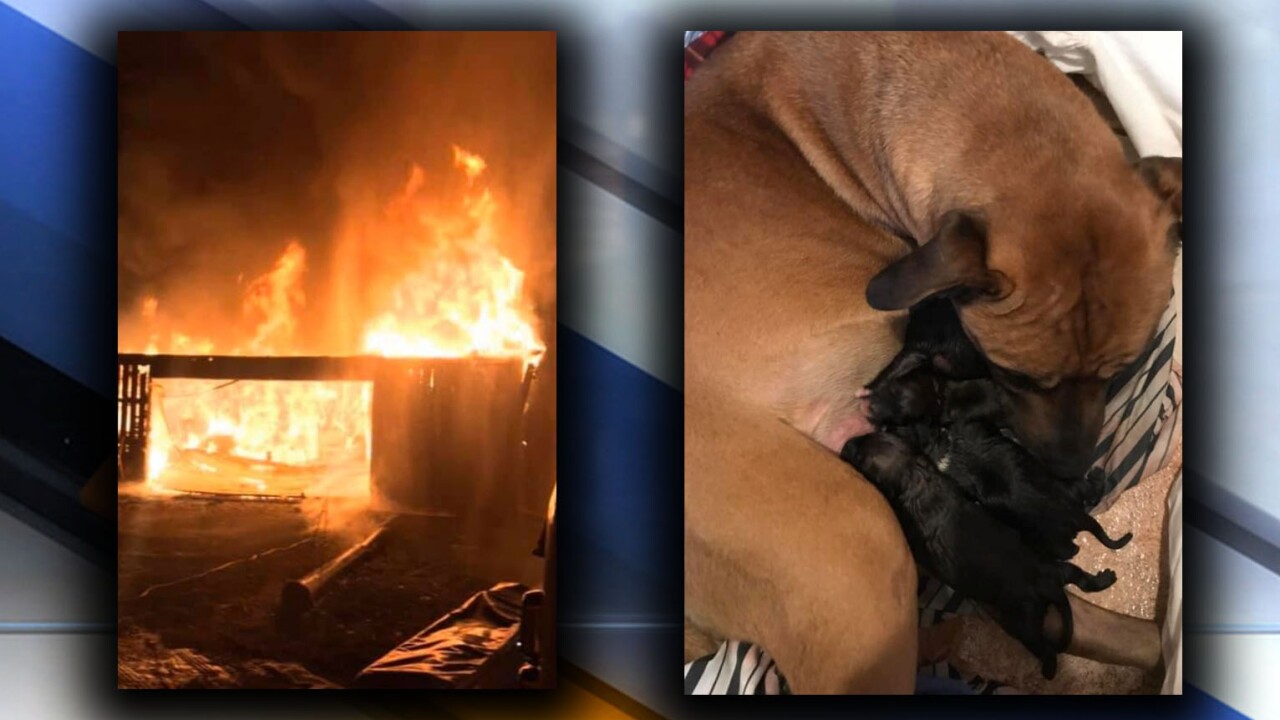 WARNING: The video above contains a graphic image of the injured mother dog.

The fire occurred in Troy Township around 5:15 a.m. at a barn that had been specially modified to be a foster kennel for mother dogs and their puppies. The barn was heated, insulated and even had a kitchen installed inside, the rescue said.

Once on scene, firefighters found the barn fully engulfed in flames and two dogs that had been killed in the fire.

A dog that had recently given birth was badly injured attempting to save her puppies from the fire, the rescue said.

Another pregnant dog began delivering her puppies in the driveway by the burning barn, giving birth to 10 puppies during the fire, according to the rescue.

Geauga Mama Dogs and Pups said that the fire destroyed a large number of supplies, including dry and canned puppy food, bowls, vaccines, and vitamins.

The mother dog that tried to save her puppies and was burned will require long-term medical care, according to the rescue.