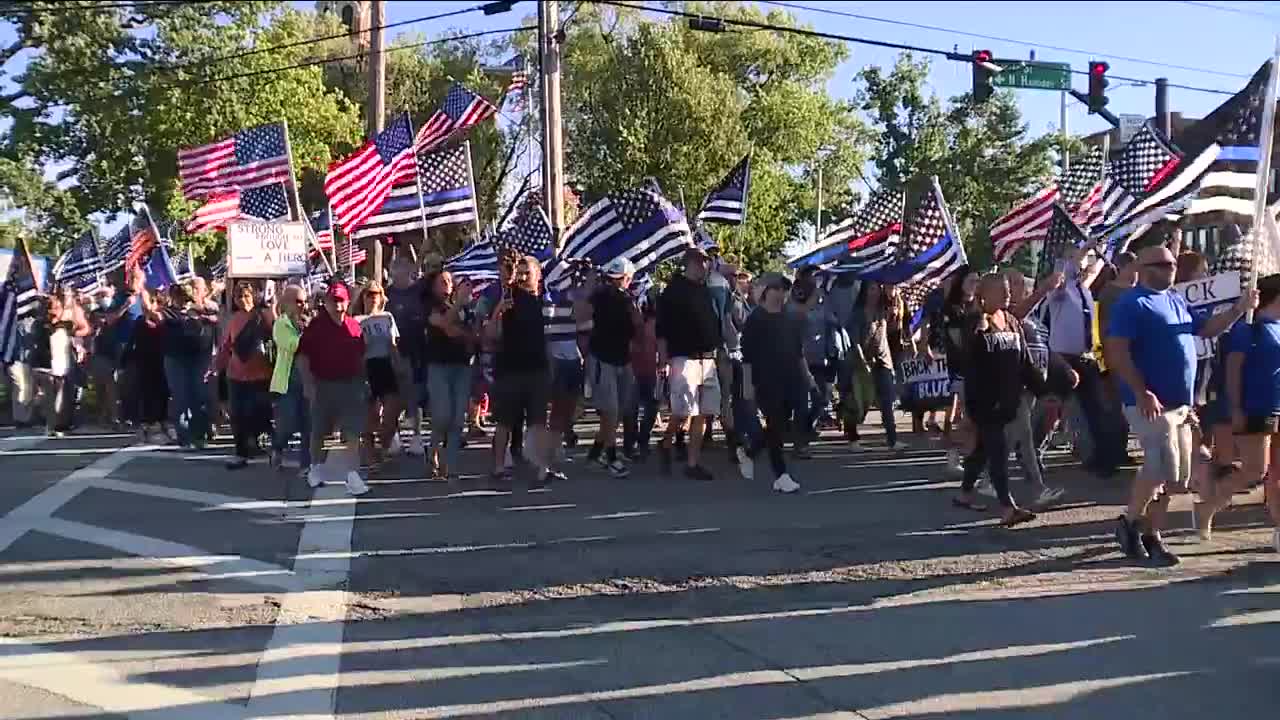 CHARDON, Ohio — A rally was held in Chardon Friday evening in support of law enforcement and in response to the recent ban of the "thin blue line" American flag after Chardon High School football players waived one on the football field last week.

Demonstrators met at the Chardon Square at 5:45 p.m. and gathered at the school’s soccer field, close to the football field but far enough as to not interrupt the game.

In a statement to the community earlier this week, Chardon Local Schools Superintendent Michael Hanlon Jr. said the incident with the football players and the flag understandably drew responses on social media and direct communications to district officials.

Hanlon said school district policy does not permit engagement in political activity, and as a result, the "thin blue line" flag will not be a part of any future pregame activities at Chardon athletic events.

Supporters at the rally, including Chardon High School student Cecelia Crowley, sent a message to the Superintendent Hanlon.

Crowley and others believe the "thin blue line" American flag is a symbol of support, and does not send a political message.

“I think that the football players carrying [the flag] out on the field was a great idea, and I think is was really good to support our local police,” Crowley said.

The school district clarified Friday that it did not ban the “thin blue line” flag, or any other flag, but rather distanced the use of the flags and symbols during pregame ceremonies as it may come off to some community members as political speech sanctioned by the school district.

Chardon Local Schools said it strives to apply that same policy to all issues and political views.

Geauga County Commissioner Ralph Spidalieri, who called on the Superintendent to resign, told News 5 the effort to reinstate the appearance of the "thin blue line" American flag at Chardon athletic events is just beginning.

"This is not going to stop, we are going to continue to make the wrong right on this one,” Spidalieri said.

A counter Black Lives Matter rally was scheduled on Friday as well, but was canceled out of respect for Cleveland Police Detective James Skernivitz, who was killed in the line of duty, the group confirmed in a Facebook post.