Geauga County is the maple syrup capital of Ohio 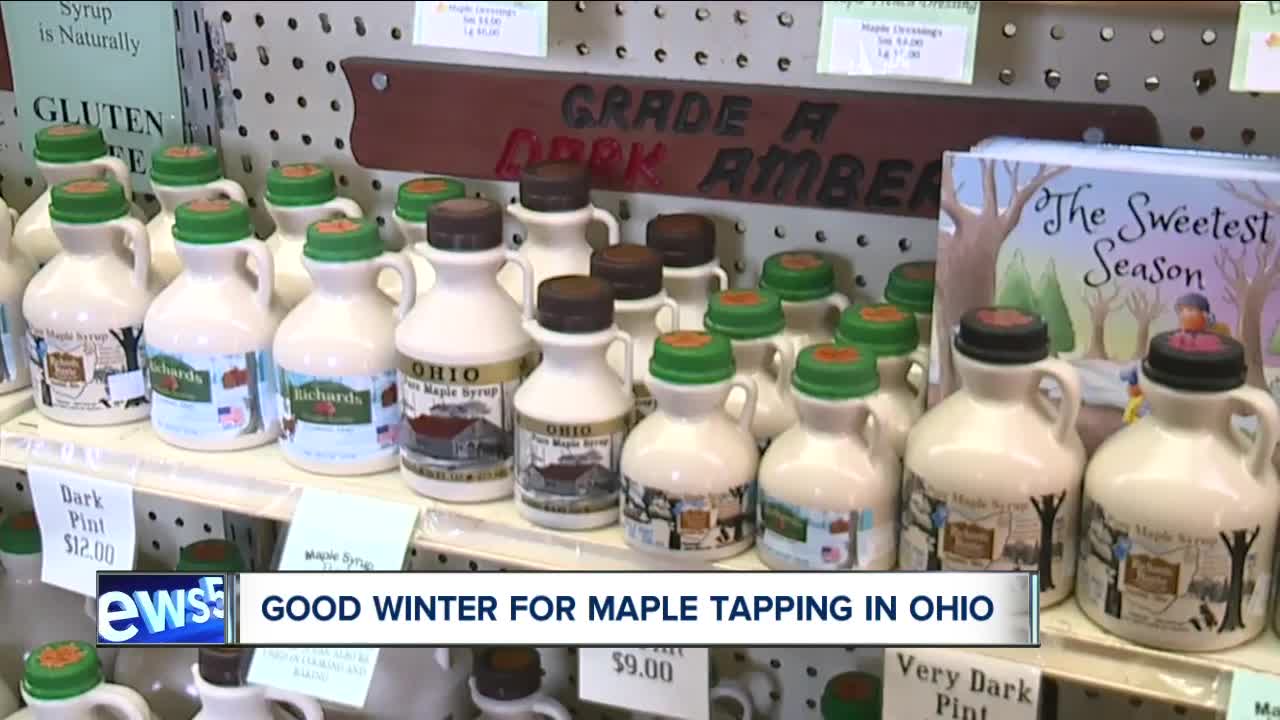 It's been a good season for the maple syrup industry in Ohio, which pumps $5 million into the local economy each year.

CHARDON, Ohio — The maple syrup industry pumps $5 million into Ohio's economy each year and this winter season is turning out to be a sweet surprise for syrup makers in the maple capital of Ohio, Geauga County.

“Hopefully they smell maple as soon as they walk in the shop,” said Jen Freeman with Richards Maple Products.

Freeman explained how they collect the sap they turn into the sweet breakfast staple.

“This time of year, when it's freezing at night, warm during the days, we'll go out and drill a small hole in the tree and collect the sap," she said. "The sap comes out looking just like pure water.”

While Freeman knows everyone in Northeast Ohio is looking forward to spring, she said conditions have made for a great syrup season.

“So far it's shaping up to be a record syrup season,” Freeman said. “It takes about 42 gallons of sap to make a gallon of syrup."

The Richards Maple Products property only has about 150 gallons of sap on it, but they tap another area of woods that produces between 450 and 500 gallons of sap.

Experts say 100,000 gallons of maple syrup are produced in Ohio each year, but that’s still not enough to keep up with the demand.