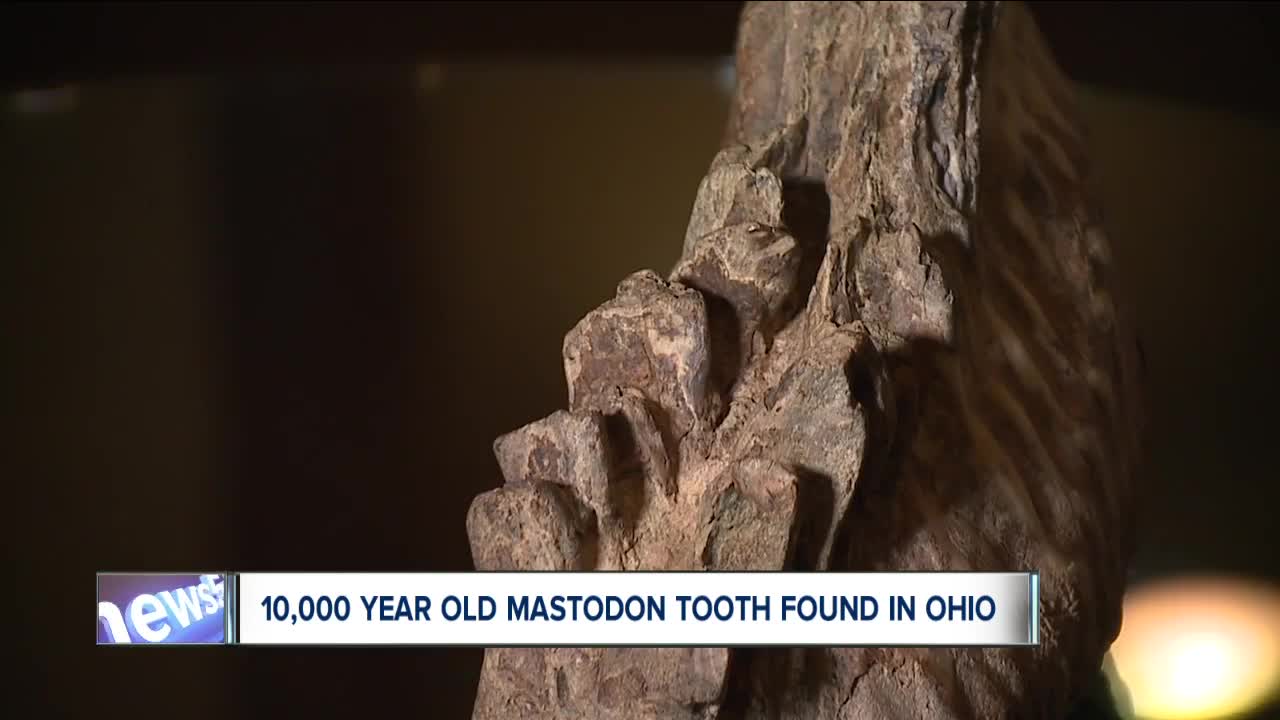 While playing in the creek during a family reunion at Honey Run in Millersburg, located in Holmes County, a boy found the fossil of a mastodon tooth on July 26. 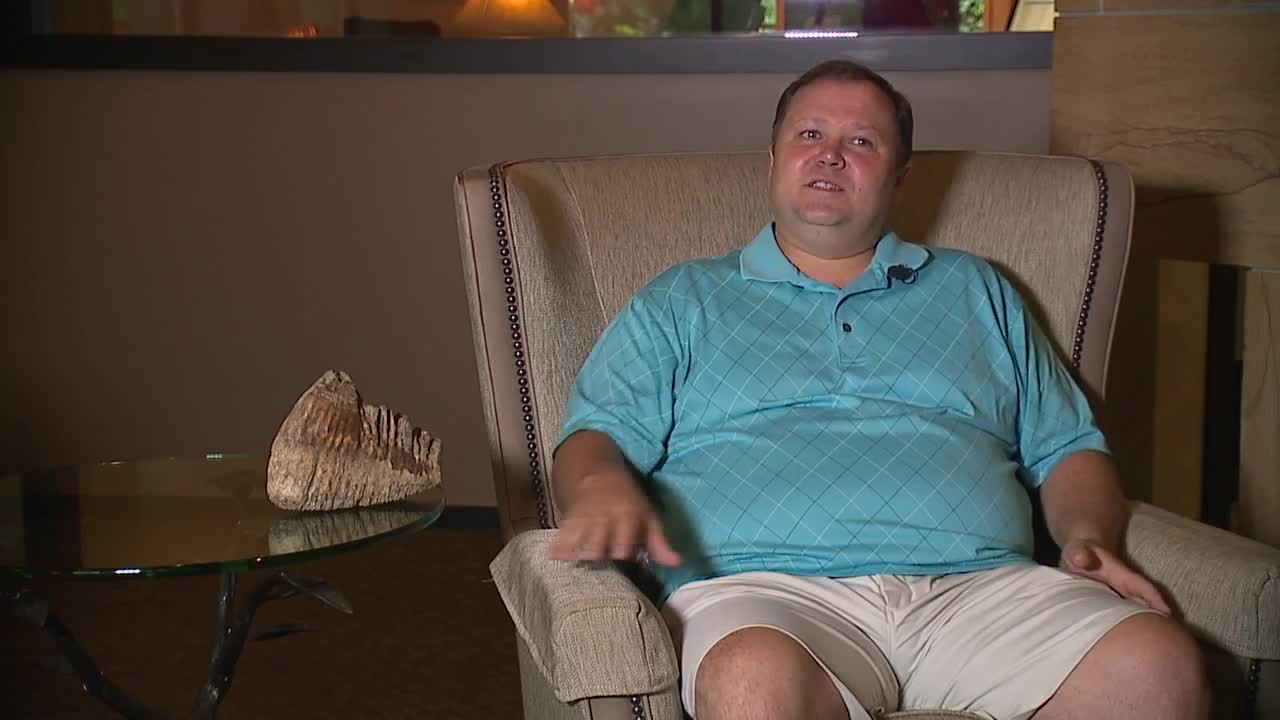 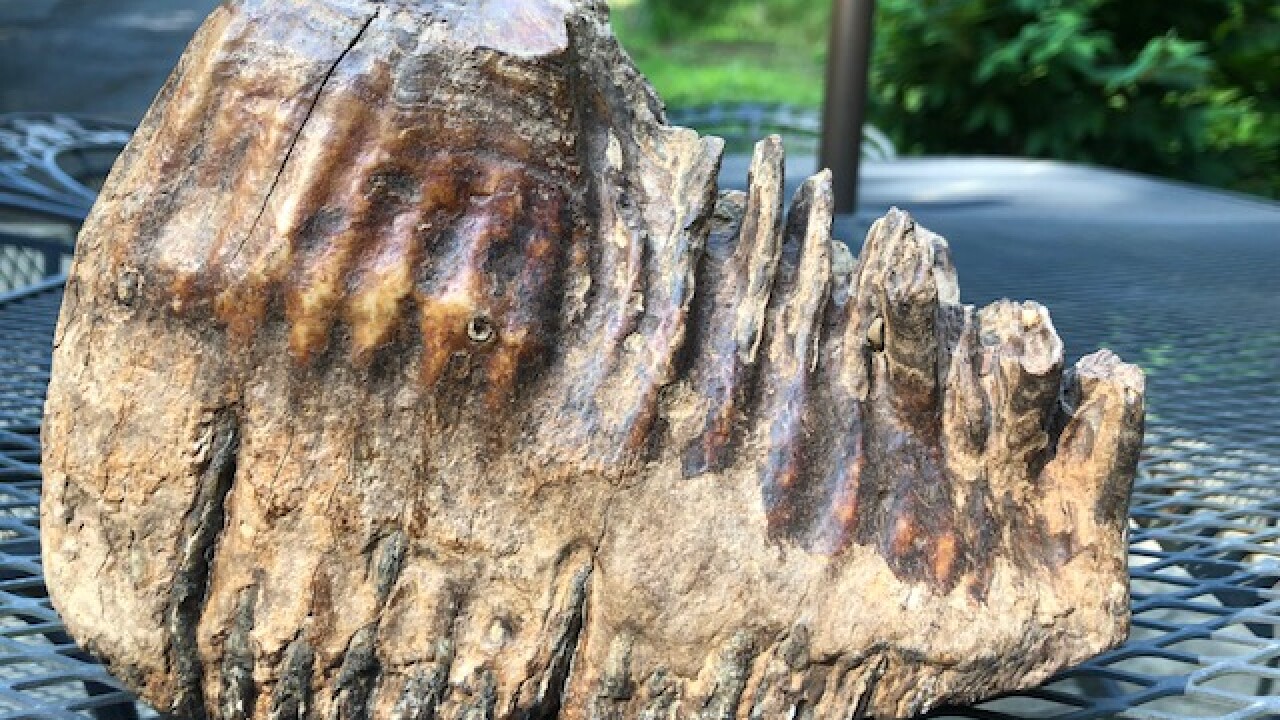 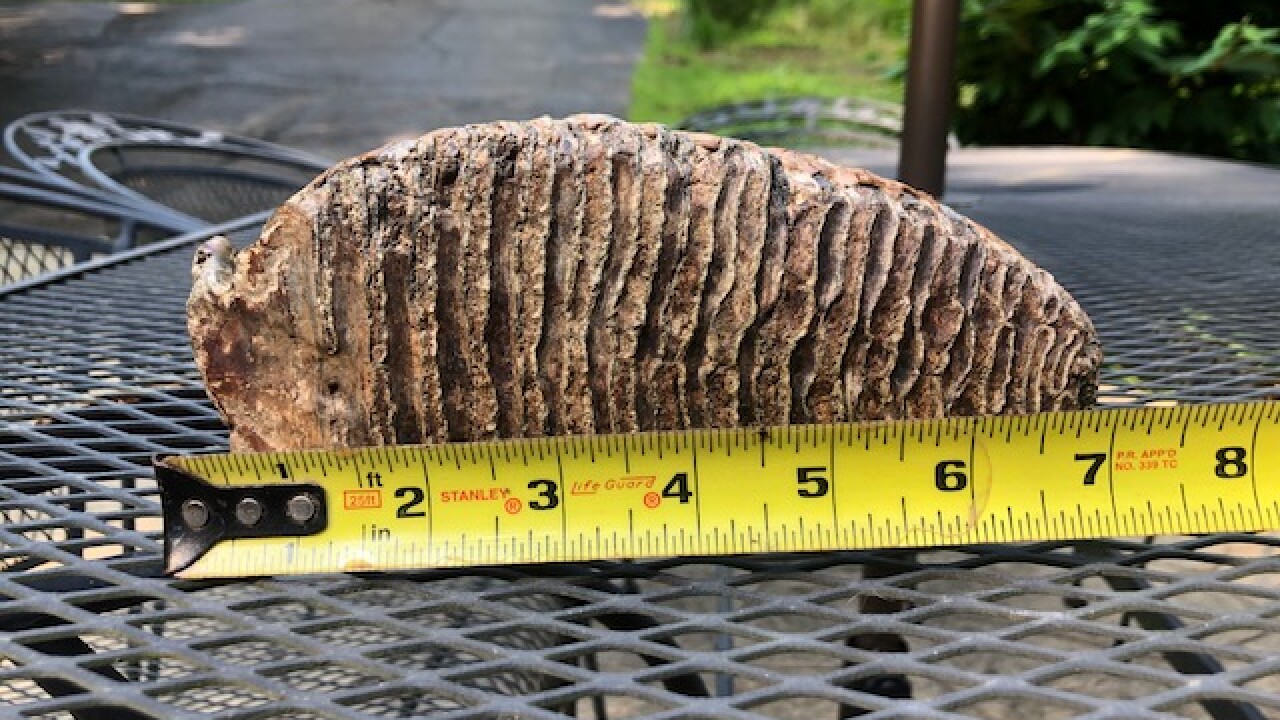 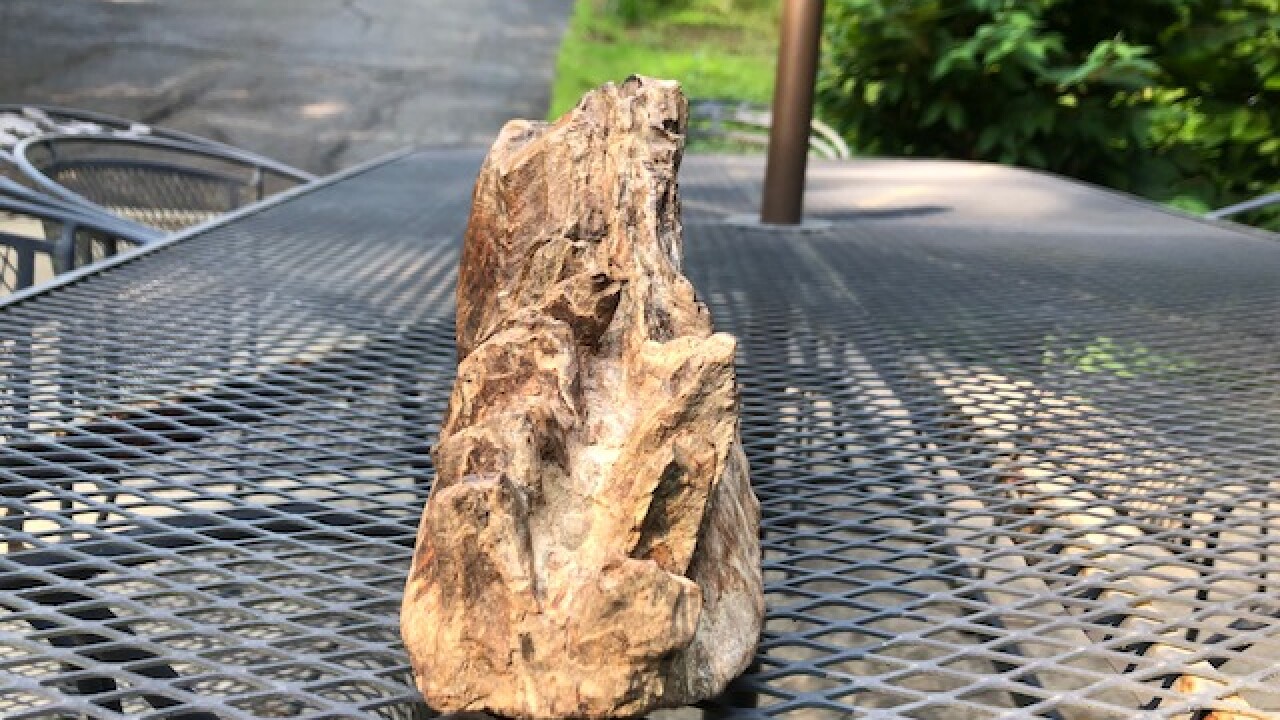 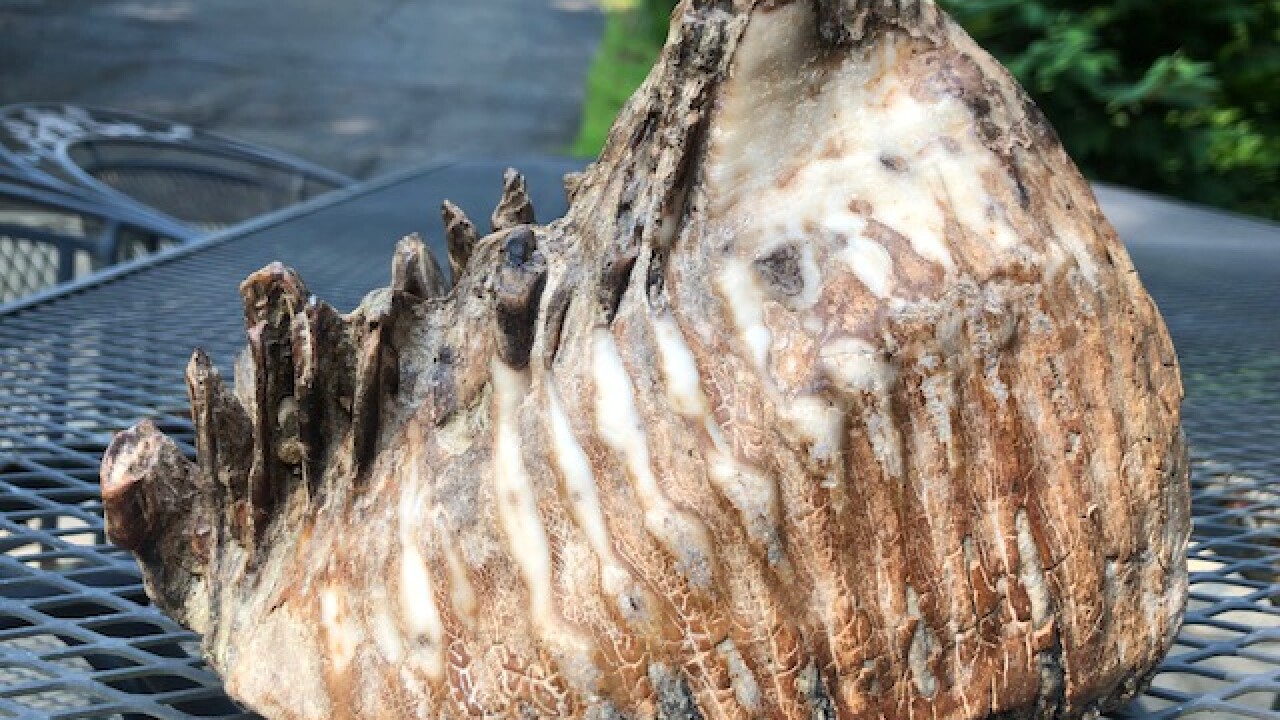 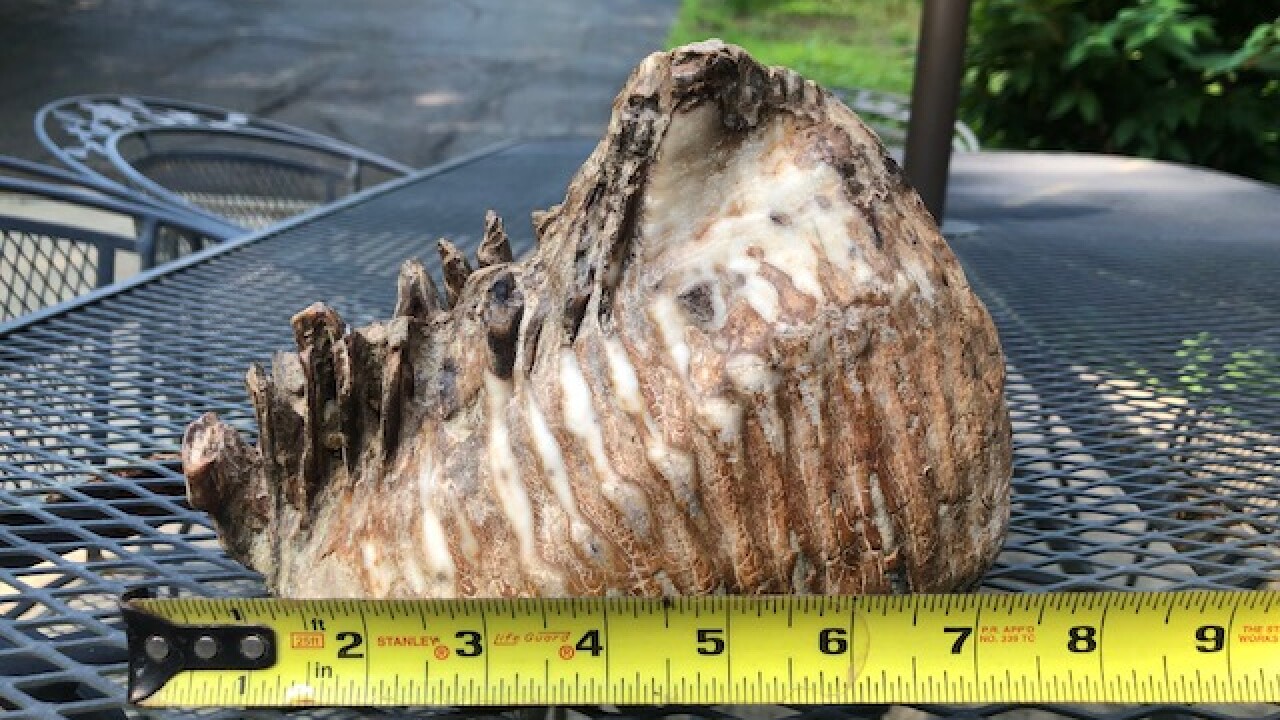 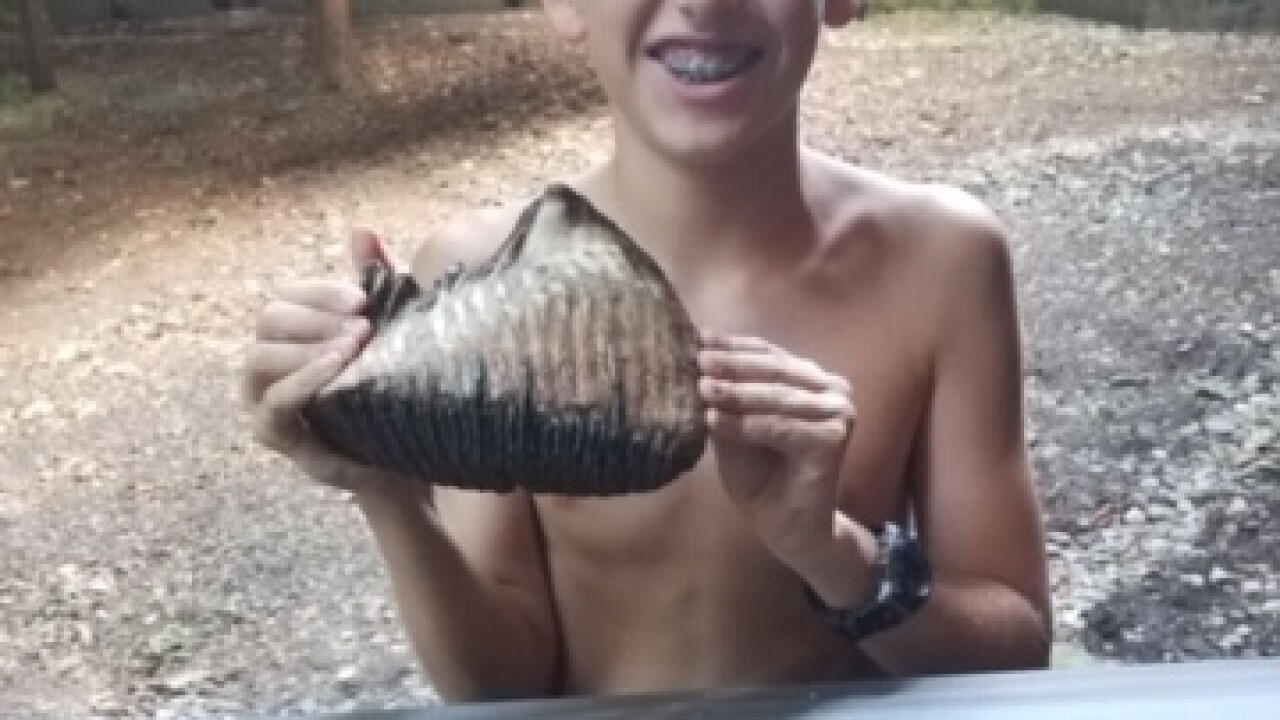 MILLERSBURG, Ohio — While playing in the creek during a family reunion at Honey Run in Millersburg, located in Holmes County, a boy found mammoth tooth dating back to the Ice Age on July 26.

Jason Nies, who owns the Inn at Honey Run, 6920 County Road 203, said one of his cousin's sons, Jackson, found the fossil while playing in the creek.

"His dad and his uncle are both really into natural history and understanding nature," Nies said. "They quickly jumped online and were Googling it, and that's when we quickly found out this might be a mammoth or a mastodon tooth."

Nies said the tooth was found in a creek tributary, but it wasn't buried, just laying there on the side.

"It's just a neat find," Nies said. "It's not every day you get to touch and feel and see a mammoth tooth!"

Inquires to professors from Ohio State University, Ashland University and the College of Wooster, verified the from pictures that it was a mammoth tooth.

"Ice Age mammoth had four large teeth (two upper and two lower)," stated Ashland University professor of Anthropology Nigel Brush on his Facebook page. "As the ridges on each tooth were worn down, the tooth was shoved forward in the jaw by a new tooth until the old tooth fell out." He said that because mammoths have six complete sets of teeth over their 60 to 80 year lifetime, teeth are more frequently found than skeletons. Brush said he and Ashland Unviersity Geology professor Jeff Dilyard walked the stream bed in Holmes County wher ethe tooth was found, but no other skeletal material was found.

Nies said he will bring the tooth Jackson when he visits him later this week so he can show it off at school. The hope is that Jackson will bring it back at some point so Nies can display it at the inn.

Mammoths were elephants that are related to the modern Indian elephant. They were more slimly-built than the American mastodon, and were primarily grazing animals more common to grasslands, according to Ohio History Central. Mammoth remains are not uncommon in Ohio, but are much less common than mastodon remains. Both mammoths and mastodons went extinct about 10,000 years ago.

Note: This story originally referred to the tooth as a mastadon tooth, as reported by News 5 news partner The Wooster Daily Record. Jason Nies and Professor Nigel Brush confirmed that the tooth is actually from a mammoth, a similar but different elephant-like mammal.