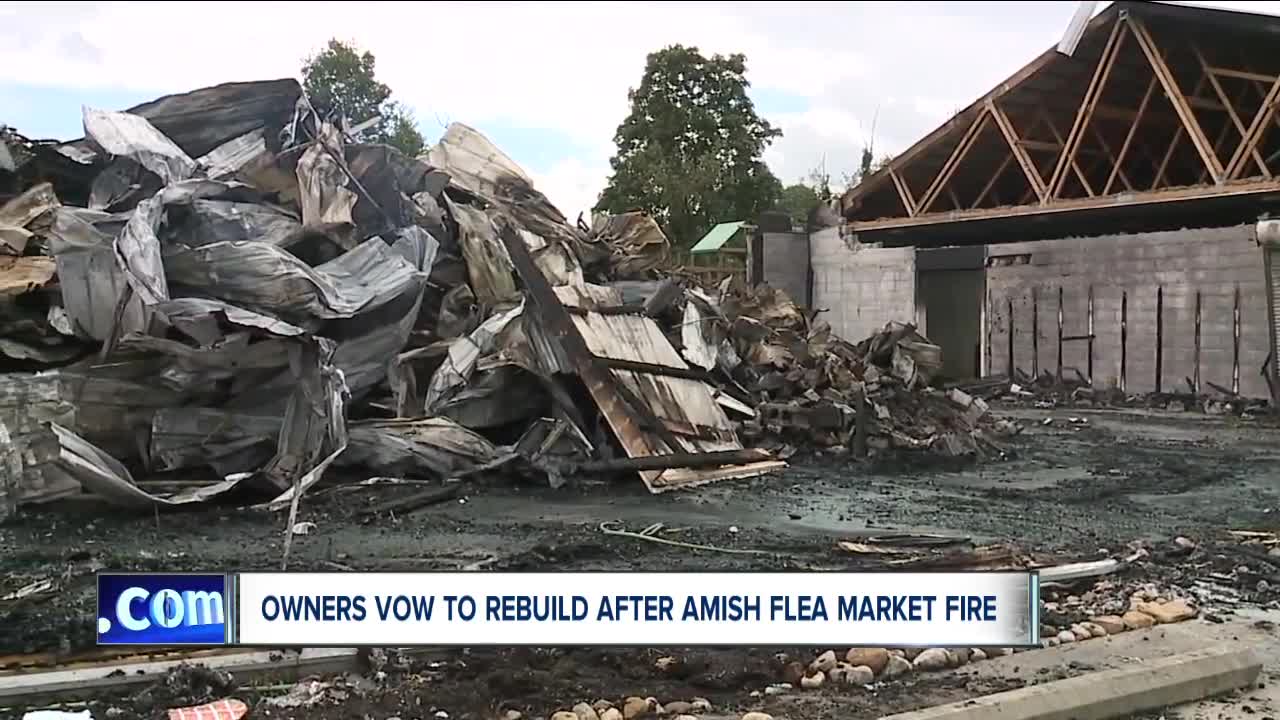 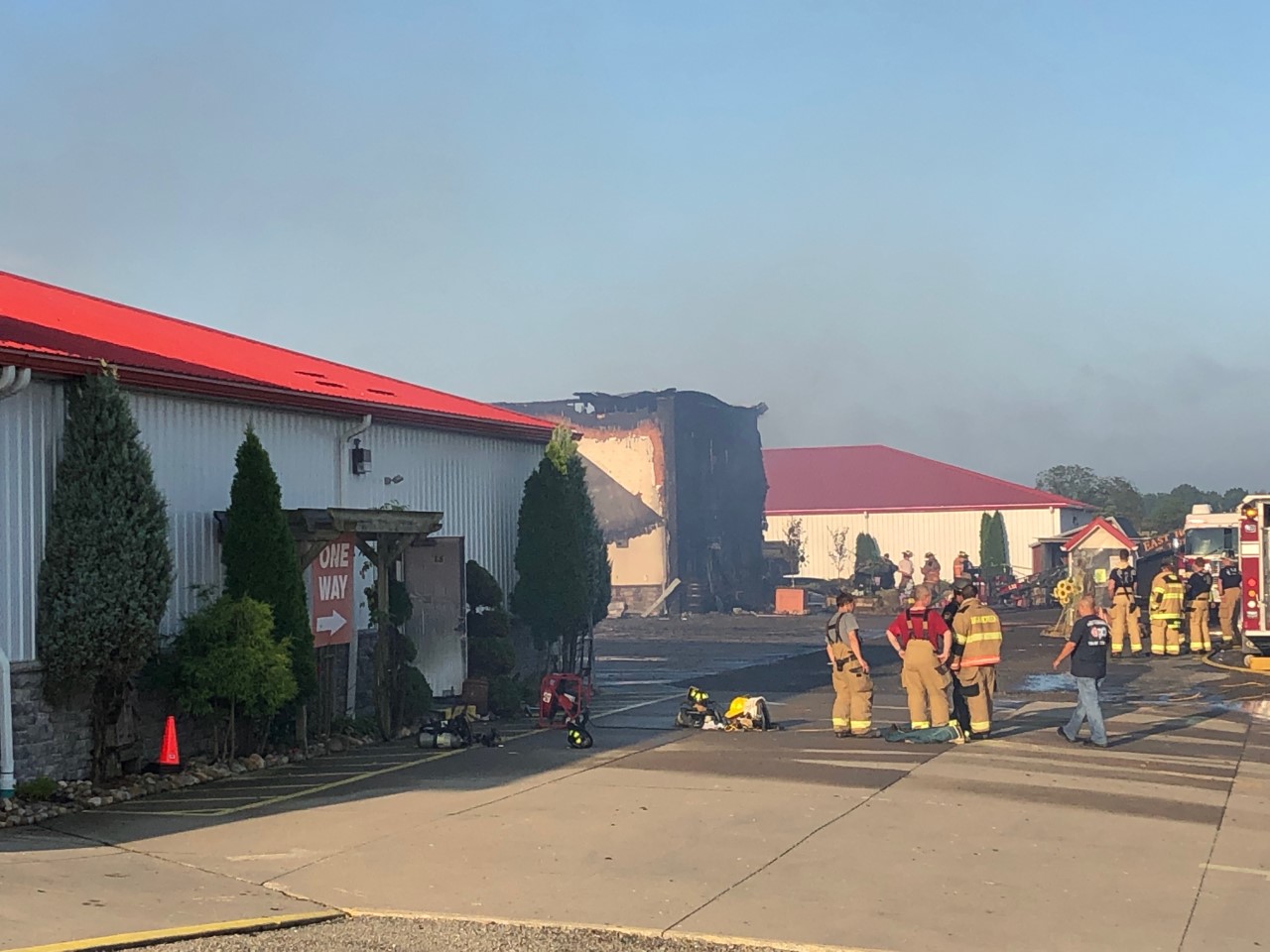 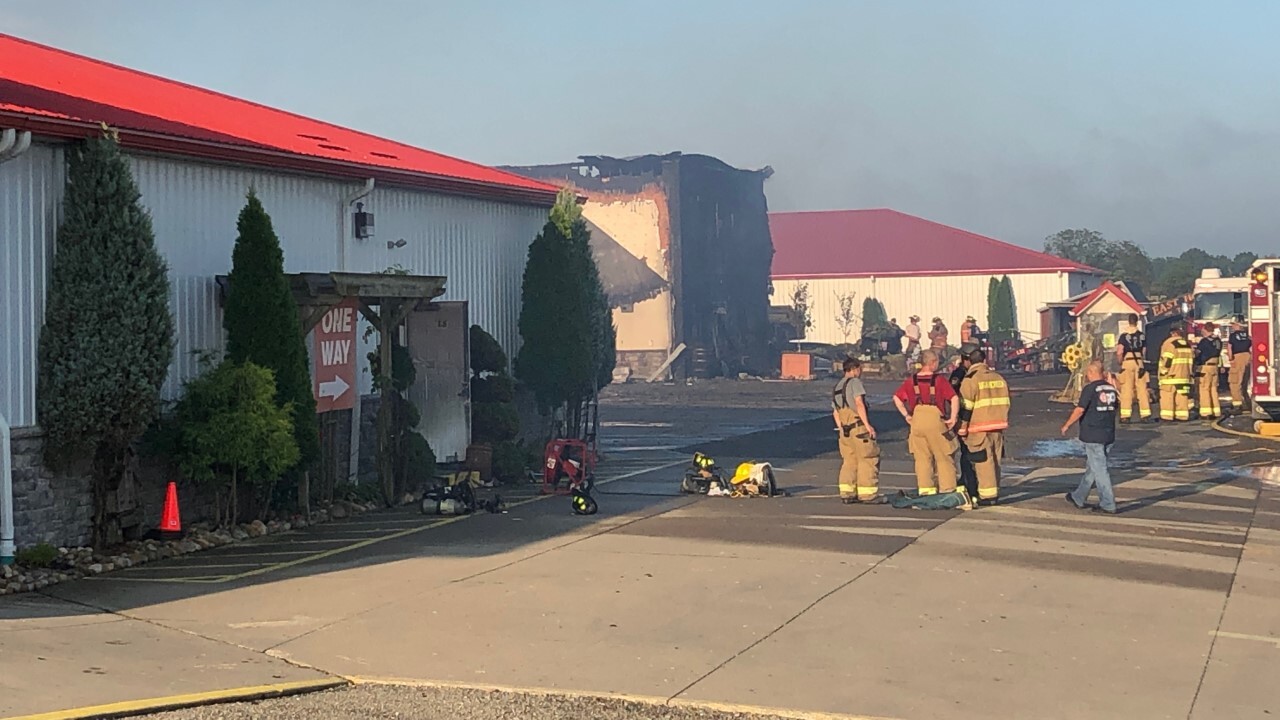 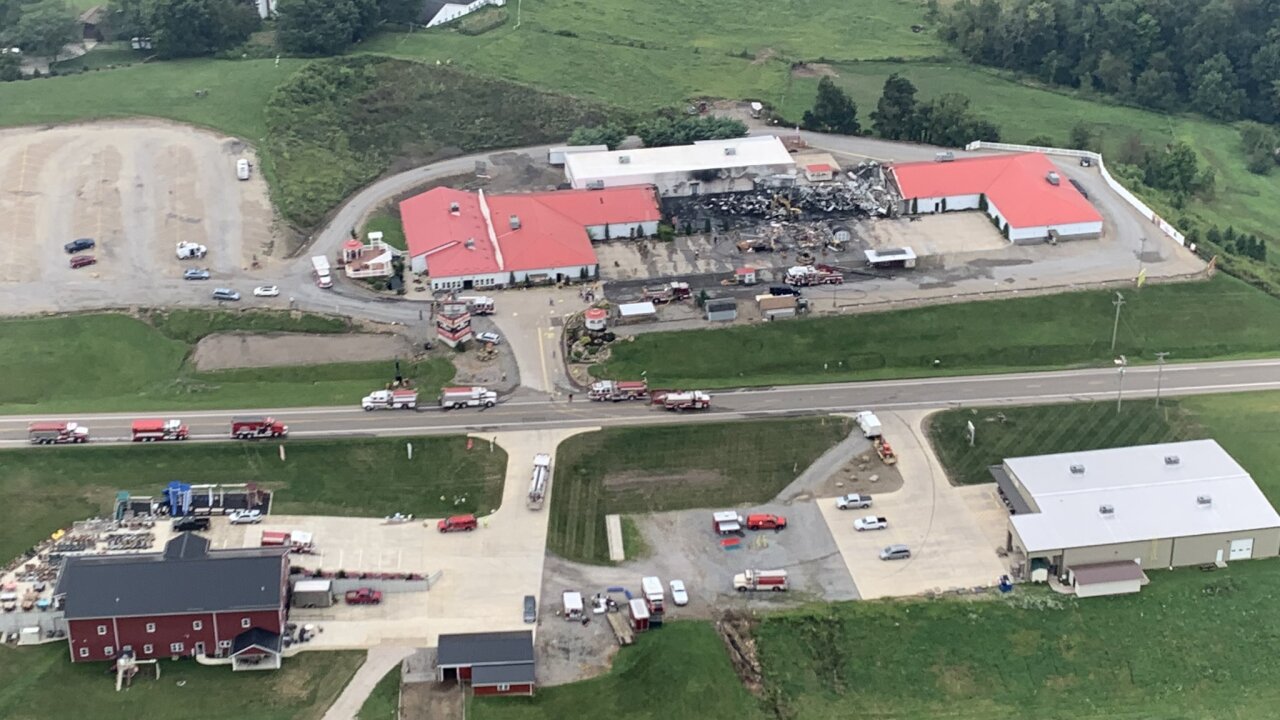 "I think it was a tremendous response. At that time of day, you have a mixture of professional, full-time firefighters and volunteers and everyone coming together. You have departments that haven’t worked together coming in today and it was pretty seamless, I think," Miller said about the quick response from local fire departments.

Miller says the middle portion of the 50,000-square-foot building is completely destroyed. Heavy smoke caused damage to other parts of the building.

The building is home to hundreds of vendors selling home goods, clothing, and farm supplies, among many other items.

Spoke to the family who owns Walnut Creek Amish Flea Market and they are devastated. They are working to get ahold of all of their vendors. Say their busy season is coming and are worried about their vendors. Betty Zimmerman looking at the building she feels “empty” pic.twitter.com/4Rzpuq1OcI

The hardest part of battling a fire this size and in a rural area like Sugarcreek is the absence of fire hydrants.

"The biggest difficulty for a fire of this size and at this location is there are no fire hydrants, so getting water to the area is the biggest issue, especially when we have three fire ladders in operation, that is why we had so many departments here," Miller said.

He added, "We lost water for about 30 seconds, so I’m really impressed with the water movement that took place today."

When firefighters first arrived to the fire, Miller says they took the first couple of minutes to set up the hoses and trucks in the right spots, and from there, that allowed firefighters to put the fire out in a shorter amount of time.

Because there were no fire hydrants, firefighters set up two fill sites where fire engines filled tankers and then the tankers shuttled the water back and forth to the two different dump sites near the fire. From there, those dump sites supplied the aerial ladder trucks.

This isn't the first time a fire destroyed the flea market, Miller says. There was a Walnut Creek Flea Market on the other side of Sugarcreek that burned down in 2000. Miller says it moved to SR 39 under a different name.

Watch archived video from the fire that burned down the flea market in 2000 in the player below:

The Walnut Creek Flea Market is a major tourist attraction in the community. Miller calls this fire a "tremendous loss."

"For a lot of vendors it’s their livelihood," Miller said.

Melissa Haarman, who has been a vendor at the flea market for about a month, says she is devastated after hearing about the fire.

"That’s our livelihood. That's where I came in every week. I met a lot of great people. I became close with a lot of good people here. I am wondering what we do next."

"I see money that we have invested sitting in a pile of rubble," Haarman said. "Right where that rubble is, is where our booth is at."

Ashley Spears, manager of the flea market, says it's been an overwhelming experience since she first got the call from her boss telling her about the fire.

Speaking about Betty Zimmerman, owner of the flea market, Spears says this fire couldn’t have happened to a better person.

"These people in the market are like family. They are the most giving. They would give you their shirts off their back. People use this term loosely, but they really would do anything for anyone," she said.

Miller says the cause of the fire is unknown at this time. News 5 will keep this story updated with new developments.