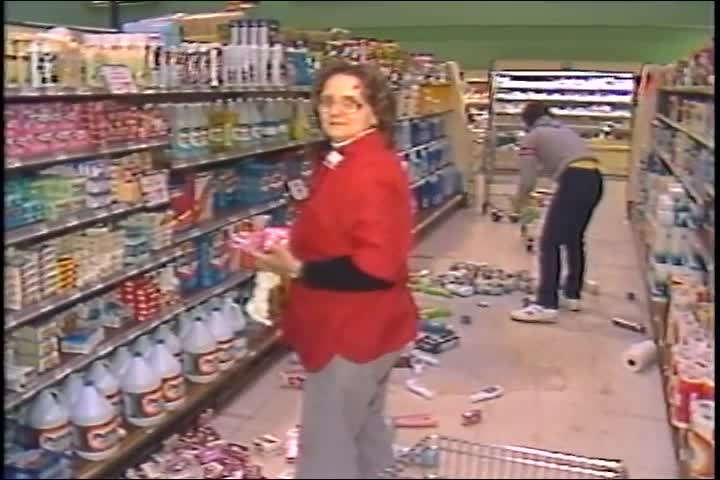 Take a look back in the News 5 archive of coverage of the 5-magnitude earthquake that struck near Cleveland in 1986.

CLEVELAND — Just before 11:47 a.m. on this day in 1986, a 4.96 magnitude earthquake, commonly rounded up to 5.0, happened about 24 miles east of Cleveland in southern Lake County, just north of the Geauga-Lake County line, according to The Ohio Department of Natural Resources.

The earthquake was felt over a large area including 11 states, parts of Canada and the District of Columbia.

When the earthquake hit, the greatest concern was towards the Perry Nuclear Power Plant in Lake County. While it wasn’t operating at the time of the earthquake, it was scheduled to load fuel rods on the following day.

According to ODNR, experts said inspections of the plant after the earthquake revealed only minor cracks in concrete and small leaks in noncritical water pipes.

Destruction in the epicentral area was mostly minor with store merchandise falling from store shelves in Mentor, Painesville and Chardon.

While chimneys are usually more susceptible to damage or destruction from ground motion associated with moderate earthquakes, ODNR reported just one chimney being toppled.

At the time, many residents in northeastern Ohio initially interpreted the earthquake as an exploding furnace or a truck striking a building.

The 1986 earthquake still has the distinction as being the most intensively studied Ohio earthquake. It was the first recorded earthquake in the state that directly resulted in two injuries.

Experts from the U.S. Geological Survey said while the 1986 Lake County earthquake was best documented and thoroughly studied, there is still little understanding of the source mechanism that triggered such an earthquake.