A break-in at a firearms store in Mentor led to a shooting and then a chase of a stolen vehicle by several police departments into Columbia Station where the pursued vehicle crashed into another vehicle on Monday morning.

Mentor officers responded to a break-in at Silverado Firearms, located at 7255 Center St. in Mentor, around 5:00 a.m. where they found a person running from the front of the store towards the back of the building. At the same time, a vehicle came from behind and started driving towards officers, refusing to stop. 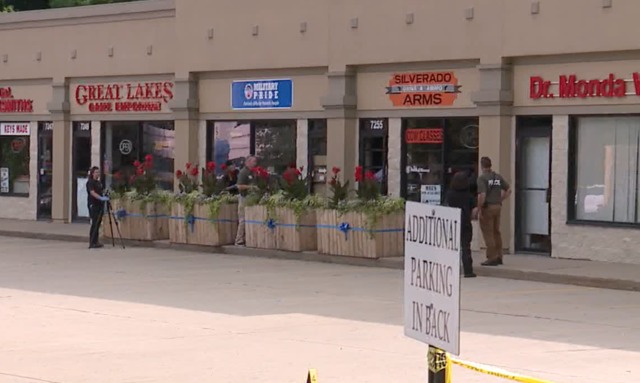 Investigators are on scene at Silverado Firearms

"At five o'clock this morning there was an alarm," Steven McKee, Silverado Arms' Manager told News 5.

He said Mentor police, who were in the area at the time, were there within minutes.

He said they haven't determined whether and guns were stolen. "I haven't assessed what has been removed if anything was removed," he said.

Two officers fired a total of four shots at the vehicle. The driver exited the vehicle and fled on foot, which led to a passenger to move into the driver's seat and lead officers on a chase from Center Street on State Route 2. 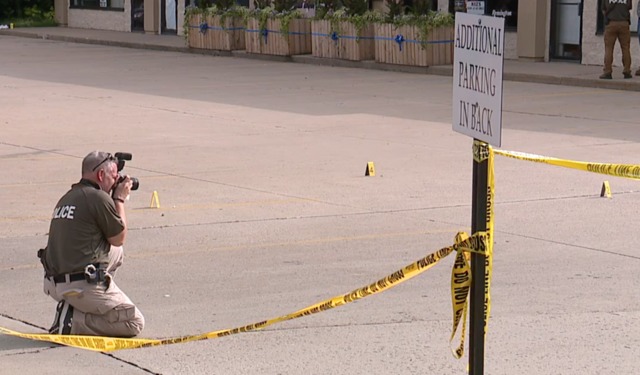 Shell casings were left at the scene of a break-in at a Mentor gun store.

During the short pursuit, the vehicle went off the right side of the road, down an embankment and through a fence until it came to a rest in the parking lot of a business on Tyler Boulevard.

Once in the parking lot, an occupant inside the car stole a vehicle from a medical facility across the street.

Willowick and Wickliffe Police Departments took over the pursuit of the stolen vehicle into the North Ridgeville Area where the Ohio State Highway Patrol took over the chase in Columbia Station on Roots Road for over 40 miles.

After the pursuit, the stolen vehicle crashed head-on with another vehicle.

"There was no active pursuit going on at the time of the crash," Sgt. Pablo Cruz, with Ohio Highway Patrol, told News 5.

News 5 was told only the suspect was injured, as for the civilian?

The suspect vehicle crashed head-on with another vehicle in Columbia Township.

Nancy Roberts, who lives nearby, heard the Columbia Station crash and rushed outside to help.

"I was pretty naive going up to them, but I was just trying to help," Roberts said. She had no idea who she was helping.

"He started running up and down the road," she explained, adding that she did notice he was dressed oddly: "black sweatpants, a black sweat shirt and gloves."

The driver of the stolen vehicle was taken to MetroHealth Medical Center with his condition unknown.

Police said the driver who originally fled the scene at the firearms store turned himself into police. He was identified as a 15-year-old from the Cleveland area. While checking the surrounding area, Mentor officers located another suspect walking in the area of Tyler Blvd and Hopkins Road. He was taken to Hillcrest Hospital for non-incapacitating injuries.

Authorities have not determined if anything was missing from Silverado Firearms.

Police are looking for a fourth suspect, pictured below, from a nearby fast food restaurant. 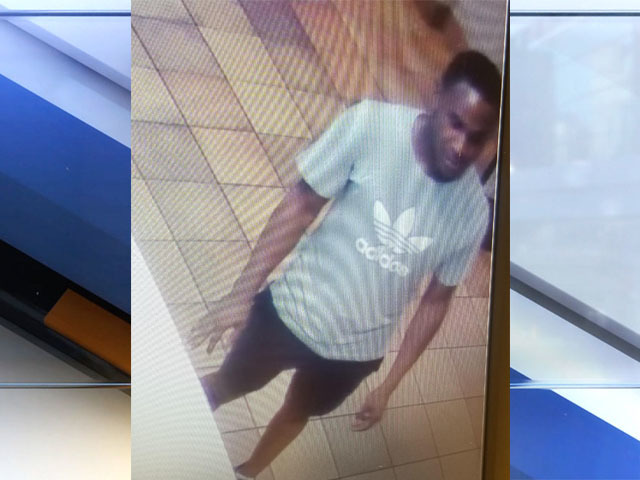 Police are searching for a fourth suspect, pictured above, in the break-in.

Both the Mentor Police Department and the Lake County Crime Lab are investigating the incident.