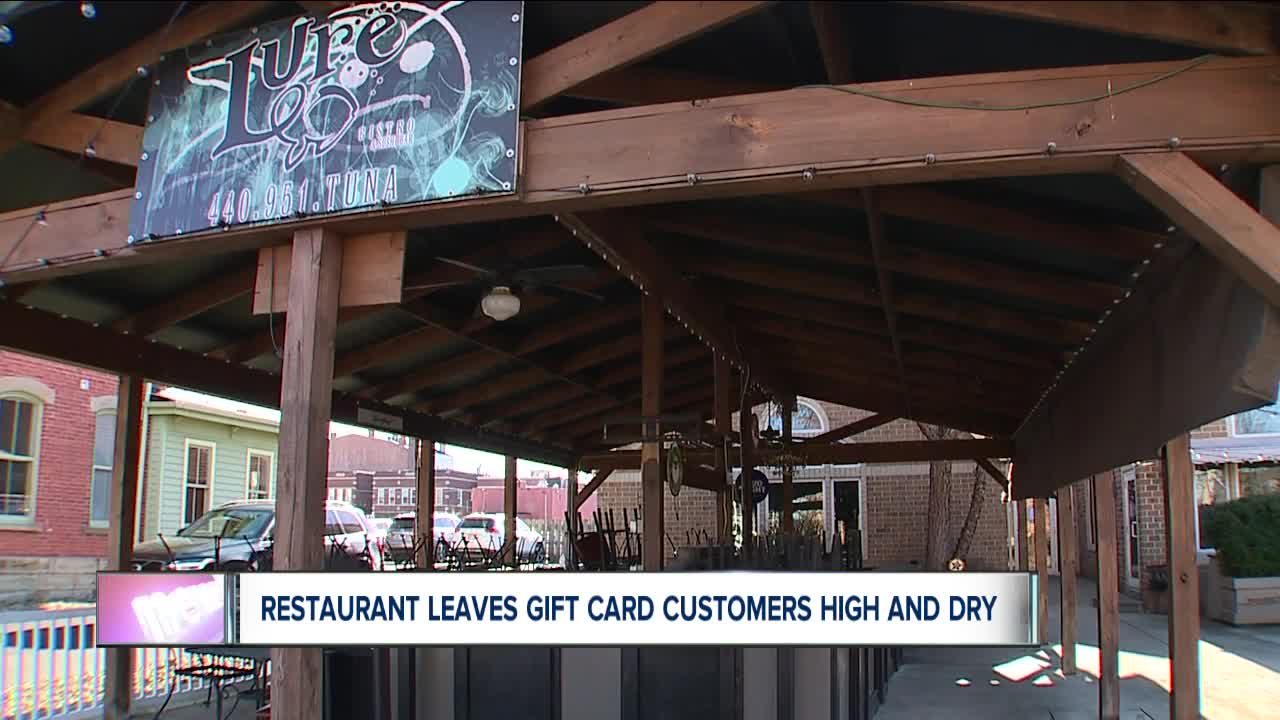 Lure Bistro and Sushi Bar has closed permanently after running a special on gift cards for the holidays. Now neighboring restaurants are stepping in to provide some value to the unusable cards. 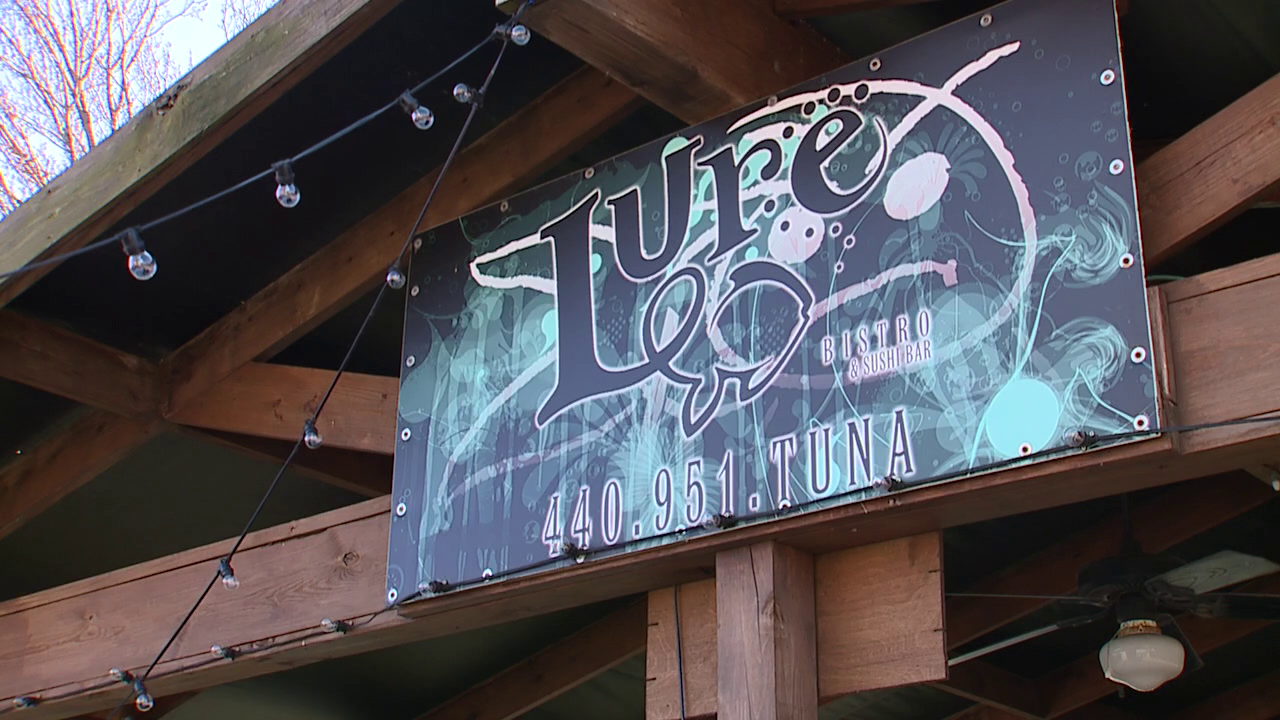 The chairs are still at the bar, outdoor seating ready to go and the bar inside is still fully stocked, but Lure Bistro and Sushi Bar won't be taking customers anytime soon.

"It's a bummer to see them get shut down and I had no idea it was happening," said customer Gianna Constantino.

Customers say they're shocked and confused after the 20 year staple in downtown Willoughby unexpectedly closed its doors for good right after serving up New Years Eve dinner.

Their website is shut down and their Facebook page is no more, but customers are the most upset about the gift cards. The restaurant held a special on purchasing gift cards during the holidays and now there's no way to redeem them.

"That just seems shady cause they have to have know they were closing like before then and then they were selling all the gift cards, just taking people's money," said customer Haley Fairman.

The restaurant's owner, David Pike, spoke exclusively to News 5 while he was at his restaurant cleaning up. He reluctantly answered our questions about the gift cards.

"Nothing that I can comment specifically at this time," said Pike. "I have a meeting with my attorney and with a bankruptcy attorney to determine what has to happen."

"This is uncharted territory for me," he said. "I'm a dude who got in over his head into a situation and is trying to do what I can to get out of it and make it right as much as I can."

Also trying to make it right are neighboring businesses.

"Independent businesses aren't bulletproof, and things can happen with the snap of a finger," said Hunter Toth, the chef and owner of 'Hook and Hoof New American Kitchen and Cocktail.'

"We know it's not a complete answer, but with a community chalk full of restaurants, we thought this would be a very collective positive gesture," he said.

Other participating restaurants include: