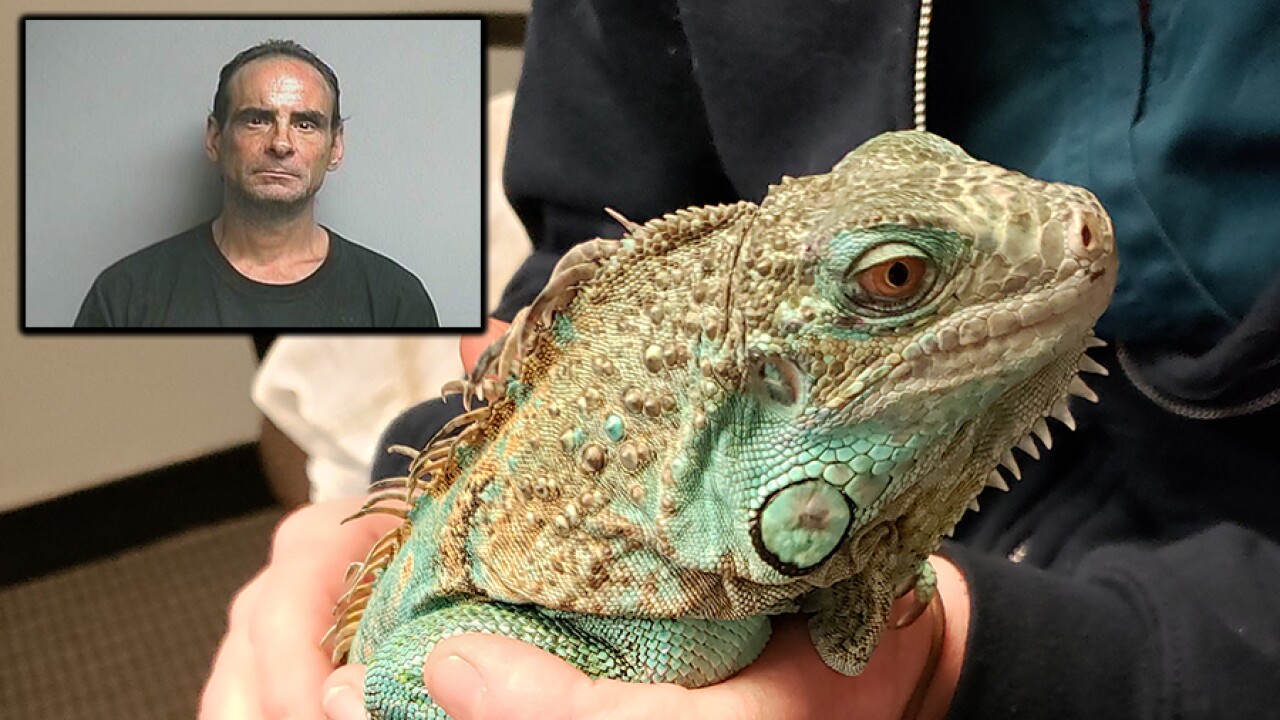 PAINESVILLE, Ohio — A 49-year-old man was sentenced Thursday for throwing a pet iguana at a restaurant manager in Painesville in April.

Arnold J. Teeter was sentenced to 90 days in jail with 77 of those days having been suspended. He was given credit for 13 days served and was placed on probation for five years.

According to Painesville Municipal Court, he was ordered to not “publicize or seek attention” from the incident. He was also banned from owning any animals while he is on probation.

As part of the probation agreement, Teeter will have to complete drug, alcohol and mental health evaluation. He was ordered to pay $254 in restitution to the Lake Humane Society, according to the court.

Teeter was arrested April 17 on animal cruelty charges the day after he pulled the iguana from under his shirt, swung it around his head by its tail and threw it at an employee at the restaurant.

The iguana required medical attention and was treated for a broken leg, metabolic bone disease and poor body condition.

After recovering, the iguana was sent home to its original owner, who said the lizard escaped from its home and hadn’t been seen since. The owner contacted authorities about the lost animal after hearing about Teeter’s altercation with the restaurant employee, according to the Lake Humane Society.