This isn’t your average fluff story — Stephanie Pokorny from Mentor has been getting national attention with her amazing free-hand crochet Halloween costumes.

This isn’t your average fluff story — Stephanie Pokorny from Mentor has been getting national attention with her amazing free-hand crochet Halloween costumes.

Every year, Pokorny makes a set of new intricately-detailed, hand-stitched, no-pattern crochet Halloween costumes for her kids. This year, she went with two classics from the 80s: Slimer from Ghostbusters and the Predator. She even added special effects: she painted the Slimer costume with glow-in-the-dark paint. 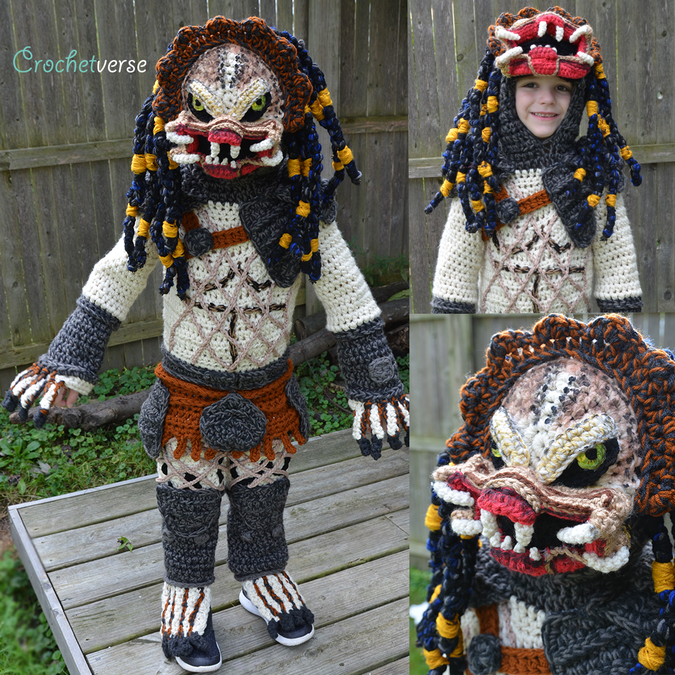 “They have no pattern for them, nor do I write one, and each costume takes between 25 and 40 hours based on how complex they are,” Pokorny said. “The Predator is closer to the 40, the Slimer is somewhere between 30.”

Pokorny’s website, Crochetverse.com, features dozens of Halloween costumes she’s created over the years, tutorial videos and sources, patterns for her other crochet projects – some free, some for sale, and more. She also has tons of amazing video and pictures on her Instagram and Facebook pages.

Pokorny has become a viral sensation with her intricate costumes, being featured on social media accounts including George Takei’s, the actors for the new Predator movie, as well as national news sites like the BBC, Huffington Post and ABC News.

Pokorny showed off some of costumes from years past, including a classic Pennywise from IT (“I tend to go towards the classic version,” she said), ET, which she said had some viral success, Harry Potter (“Which you can never go wrong with”), and a garden gnome. 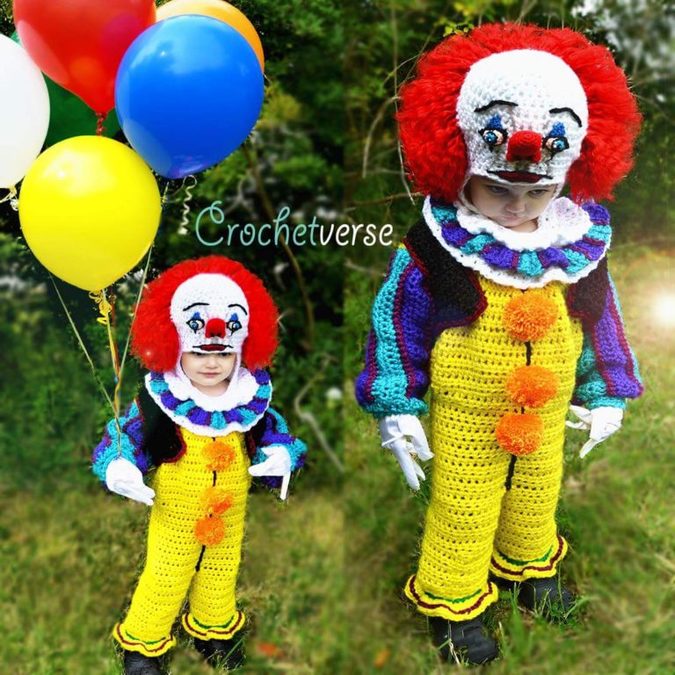 “I try to make them so on Halloween night, they put their costume on and they’re done. They don’t have to do any makeup, we don’t have to do anything like that," she said. “So basically what I do is I just take yarn and hook and start and build the base first and then I save the face for last, because that’s when I think it comes to life." 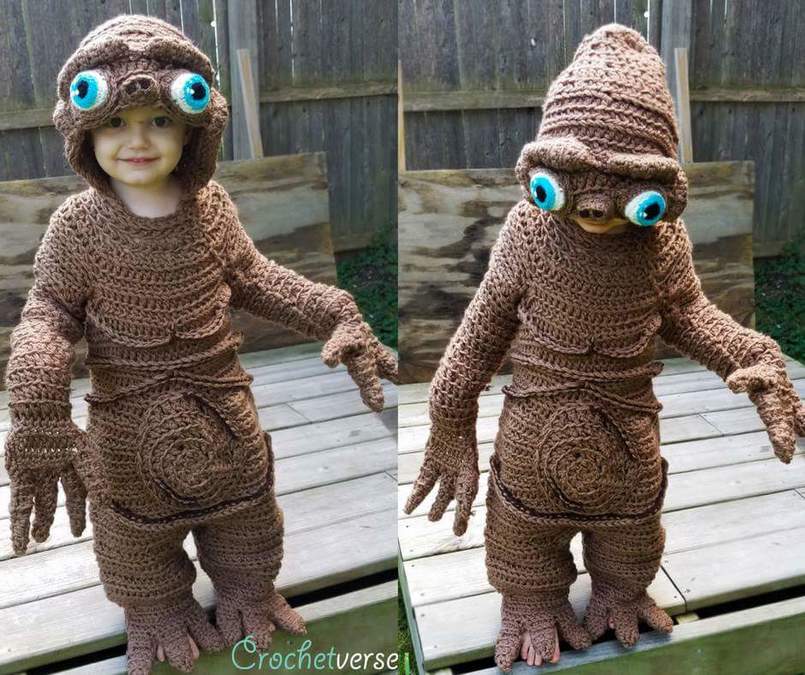 So, what do Pokorny’s kids think of their costumes this year? We asked if they like them, and they responded with an enthusiastic, “Yeah! Why wouldn’t we?”