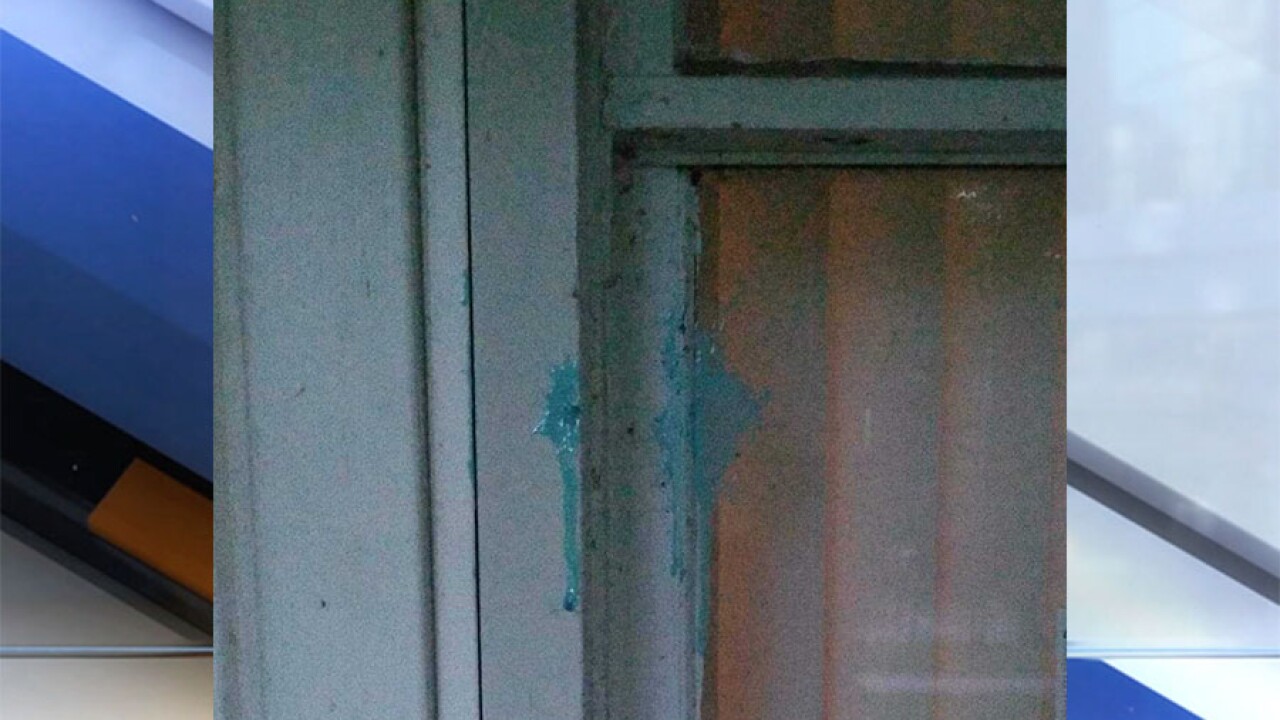 PAINESVILLE, Ohio — Painesville police have received several complaints from residents after they reported people inside vehicles were shooting paintballs at their homes and at people over the weekend.

On Friday, police responded to Carmody Drive for two people who were shot by a paintball gun. A woman told police she was shot in the back right leg and her sister was shot on her left hip.

Witnesses said a white Subaru left the scene after the shooting, but officers were unable to locate the vehicle.

A second incident was reported to police on Saturday. Residents living on Nebraska Street met with police to tell them their blue 2003 Buick was struck by paintballs on Friday, May 31.

Police were informed that a group of young males, some of whom were involved in a recent rap video filmed on Nebraska Street, had been shooting at each other with paintballs for several days.

The residents told police that multiple homes were targeted, but none of the other residents wanted to report the incidents to police.

According to police, the paintball shootings were also reported on the following streets:

The other vehicles involved have been reported to be possibly a maroon Chevy Equinox and black Kia Rio with several people inside at the time of the incidents.