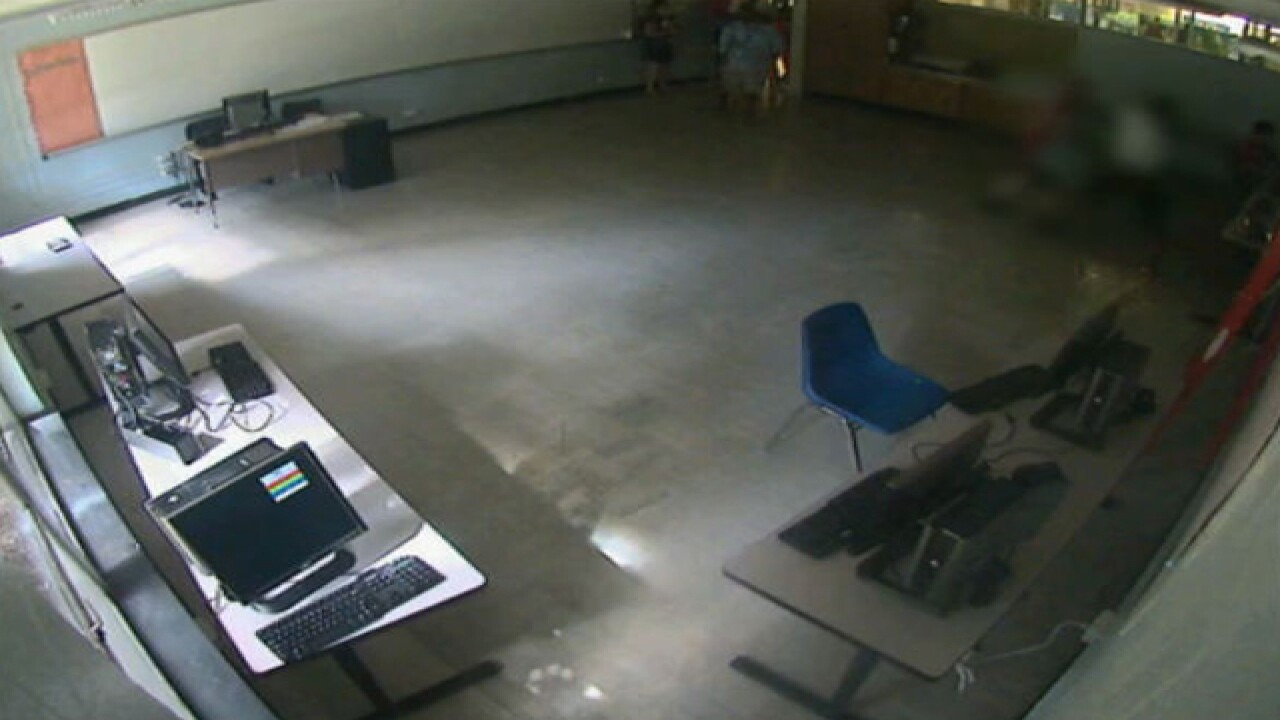 A Brookpark mother is suing a Willoughby Hills school and teacher after her autistic son allegedly came home with bruises on his neck.

The lawsuit alleges that the boy was physically harmed and experienced emotional stress after the altercation between him and a teach at Education Alternatives School—a school for at-risk youth.

Tamara Greene called police on July 1, 2014, claiming her son, who was 13 at the time, came home a week earlier with several red marks and scratches on his neck.

The child, who suffers from autism and other disabilities, claimed the injuries were inflicted by his teacher, 25-year-old April Johnson.

Greene said she waited a week to file charges because she was gathering information on the alleged attack.

She took pictures of the marks and showed them to police, who confirmed the boy had various marks on his neck. Greene also told police the incident was recorded on surveillance video.

According to the lawsuit, the incident began when Johnson told the boy it was time for him to leave the computer lab. He said he didn't want to leave and swore at the teacher.

Surveillance video shows the teacher then walking up behind him. The lawsuit claims she tried to turn off the computer but the boy clocked the power switch.

The lawsuit states that Johnson grabbed his wrist, pulled him out of the chair, placed her hand on his throat and slammed him backwards over the chair and to the floor.

Johnson told police that the boy actually swung at her first, and when she swatted his hand away, he fell out of the chair.

In the surveillance video, you can hear him crying as he lays on the floor.

WARNING: Some may find the surveillance video in the player below disturbing.

The boy can be seen standing up and swinging his chair at the teacher. Johnson said when the boy swung at her, he caused a bruise on her leg.

The lawsuit states that she then "forced him approximately 25 feet across the room until she pinned him against the wall."

Other teachers enter the room at that point to help subdue the boy.

The lawsuit says that the boy suffered from post-traumatic stress disorder after the incident. It also claims that the stress has caused "severe regression in his behavior, his ability to cope with psychological issues and his ability to attend schooling."

It states that the school should have known that its employees were not properly trained to care for the boy.

According to documents, one of the teachers at the school told police that the student does have a reputation of violence. However, the clinical operations director said the teachers are trained not to put hands on the students and to remove themselves from situations that may trigger anger.

After the incident, Johnson was asked to leave the summer camp, but was able to return for the regular school year.

newsnet5.com attempted to speak with Johnson, but she could not be reached.

Willoughby Hills Prosecutor Michael Germano said he reviewed the family's claim and decided there was no criminal intent from Johnson so he did not believe criminal charges should be brought against her.