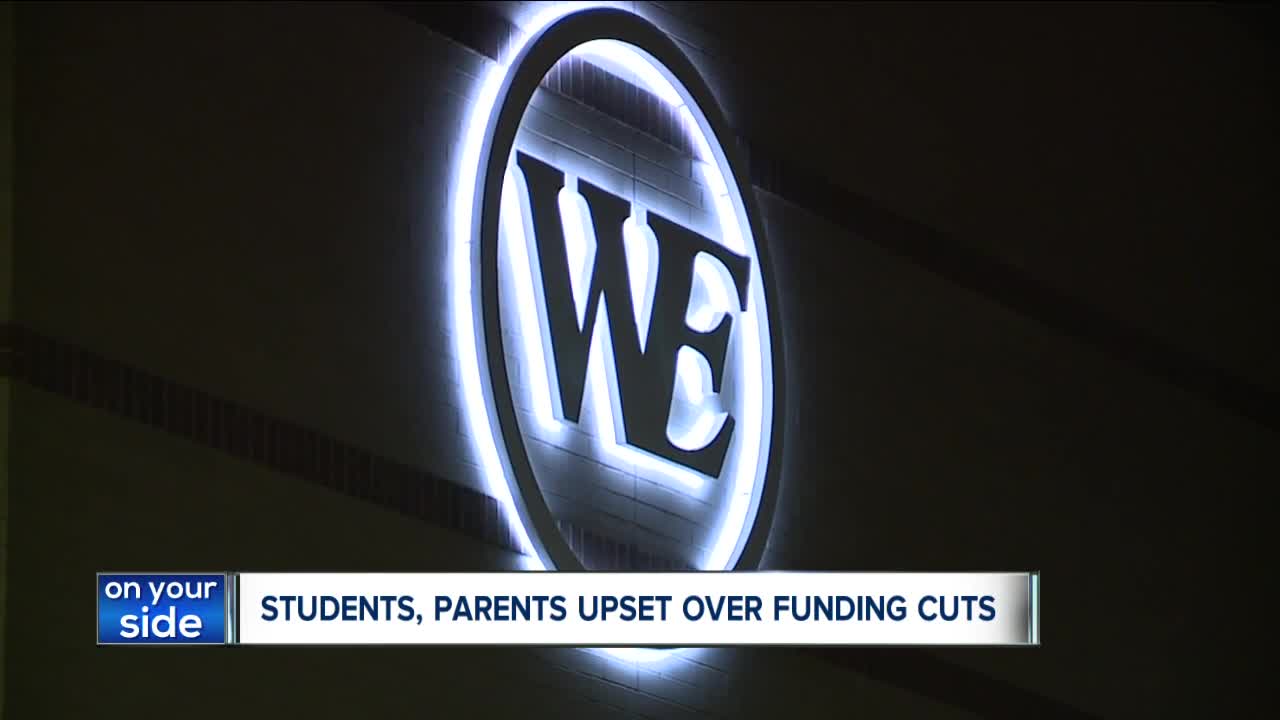 Parents and students are pleading with Willoughby-Eastlake administrators to bring back funding for school programs like band, choir and academic decathlon. EASTLAKE, Ohio — Parents and students are pleading with Willoughby-Eastlake administrators to bring back funding for school programs like band, choir and academic decathlon.

A special-called meeting was held at Willoughby-Eastlake school board headquarters Sunday evening.

Taxpayers recently voted against a levy that would have brought in more than $8 million for those organizations.

One student said she doesn’t want to attend school without these programs.

“They have helped me become personally who I am and they’ve made me feel very valid, and I just can’t imagine what I would be without them,” Shannon Yahner said.

Other students said funding cuts stole their sense of belonging.

“I’m in band and I’m also involved in drama club,” Kaylee Sweeney said. “Those are like two families.”

Busing for high school students is also on the chopping block.

Earlier this year, Sweeney was involved in a car accident that keeps her from driving.

“And since that day I’m scarred from driving,” Sweeney said. “I don’t want to do it and now I don’t know how I’m going get to school.”

Her mother said the elimination of busing for high school students puts working parents in a tough spot.

“It’s extremely way too far to walk and considering parents like myself do work, we have to rearrange our schedule to get them to and from,” Gina Sweeney said, “Because you can’t throw a teenage kid nowadays in an Uber.”

Students also fear these cuts will hinder their postgraduate opportunities.

“Our school not being able to offer these, I think, will lessen our chances of being in better standing for college applications,” Megan Wayts said.

Kaylee Sweeney is too young to legally vote for or against these issues. She said her future is more important than a dollar sign.

“It is frustrating when people say, ‘Oh you’re just a kid,’ but I feel like I have a place in this community,” Sweeney said.

The Willoughby-Eastlake school board will meet Monday, Nov. 11 at 7 p.m. where they will further discuss these issues.