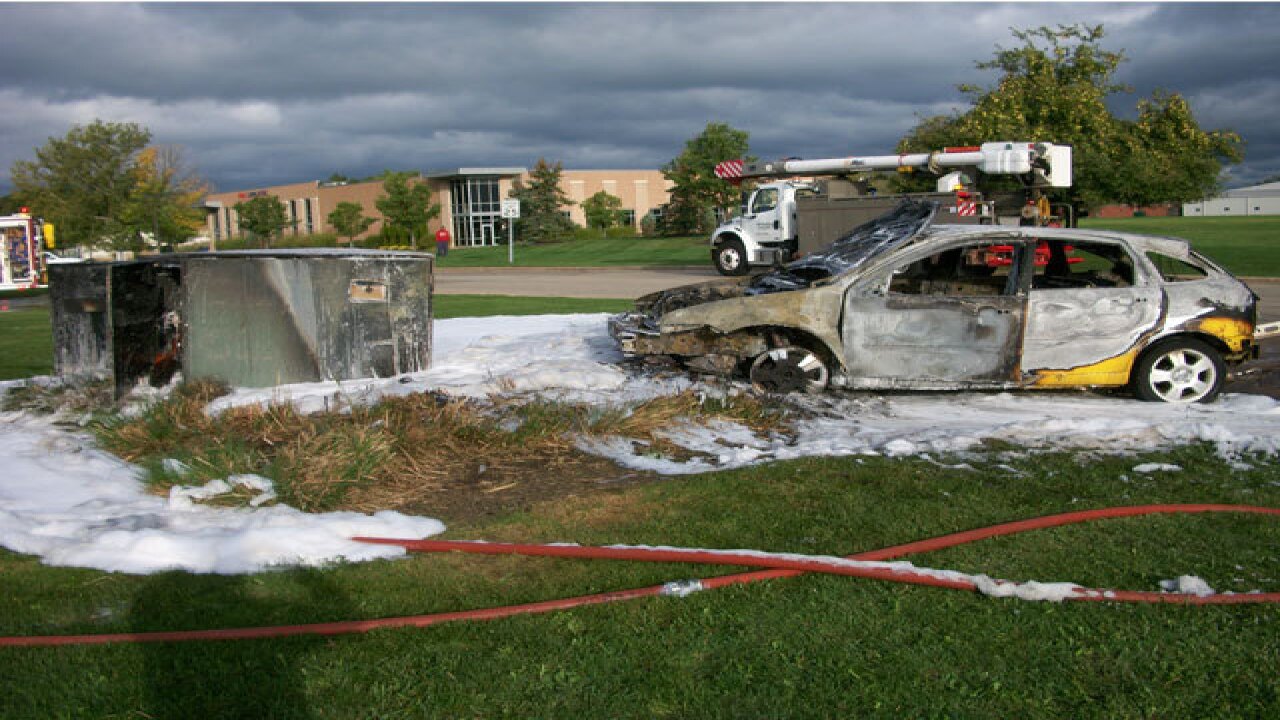 Willoughby police are looking for a truck that fled the scene of a crash on Lost Nation Road Thursday.

According to police, a yellow Ford Focus was traveling southbound on Lost Nation Road around 7:25 a.m. when the driver of a grey or silver pick-up truck turned left in front of the car at Willoughby Parkway.

The driver of the car was unable to stop in time and veered off to the right side of the road, hitting a CEI electrical transfer box.

The truck stopped briefly after the crash but then left the scene, police said.

Willoughby officers were unable to locate that driver.

The airbags in the Ford Focus deployed but the 17-year-old driver was not injured.

The electrical box was pushed off its foundation on impact which caused a fire. The fire then spread to the car, destroying both.

Anyone who witnessed the crash or has information leading to the identity of the pick-up truck and owner is asked to contact Willoughby police at 440-953-4212.