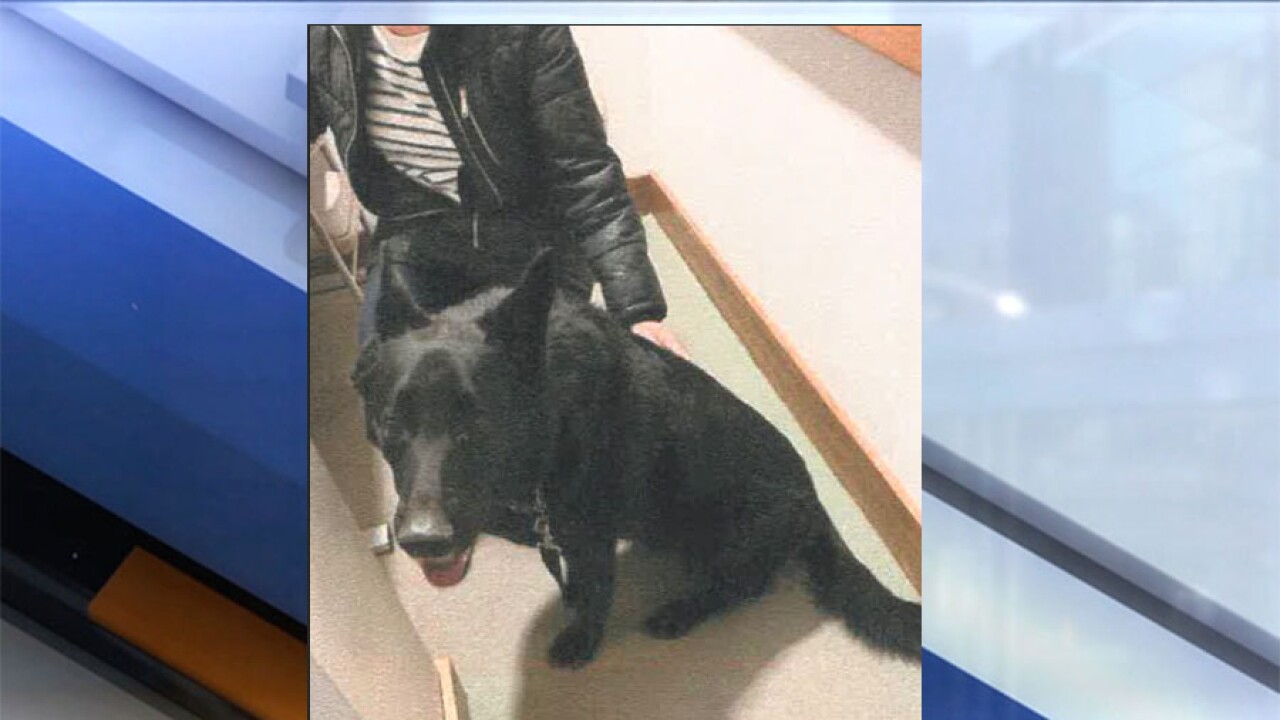 KIRTLAND, Ohio — A Willoughby woman recounted a terrifying situation to police after she said her German Shepard was attacked while walking with her on the Kirtland Connector Trail at Penitentiary Glen in April, according to a news release from Lake Metroparks Ranger Department.

On April 24, a woman told police that she was walking with her 10-year-old German Shepard named Murphy shortly before 8:30 a.m. on the Kirtland Connector Trail from the Kirtland Police Department towards the Red Fox Loop. She was about 20 feet in front of her dog, who was off the leash at the time, when she heard rustling in the leaves.

At first, she thought it was Murphy, but when she turned around, she saw at least three coyotes come from the ravine side of the trail, the report states. They attacked her dog, so she threw rocks at them, which caused the coyotes to retreat back to the ravine, only for them to return and attack her dog again, the report states.

The woman said one of the coyotes bit Murphy in the back leg, so Murphy bit the coyote back. At one point, the coyotes circled her dog, so she yelled, waving her arms and hitting them with Murphy’s leash.

The coyotes retreated back to the ravine. She took off running with Murphy on the trail towards the police department when one of the coyotes crossed the trail in front of them. The woman told police she heard the coyotes howling from the ravine, so recorded it on her phone.

When she arrived back to the station, she couldn’t find any injuries to Murphy.

A day later after the attack, police surveyed the area where it was believed the attack happened. Officers located an area where it appeared rocks and been taken from off the trail.

Police spoke to the woman, who said Murphy was fine and there was no need to take him to the vet. Police advised her to keep her dog on a leash while in the park, since the coyotes likely viewed him as a threat when he was off the trail near their den.