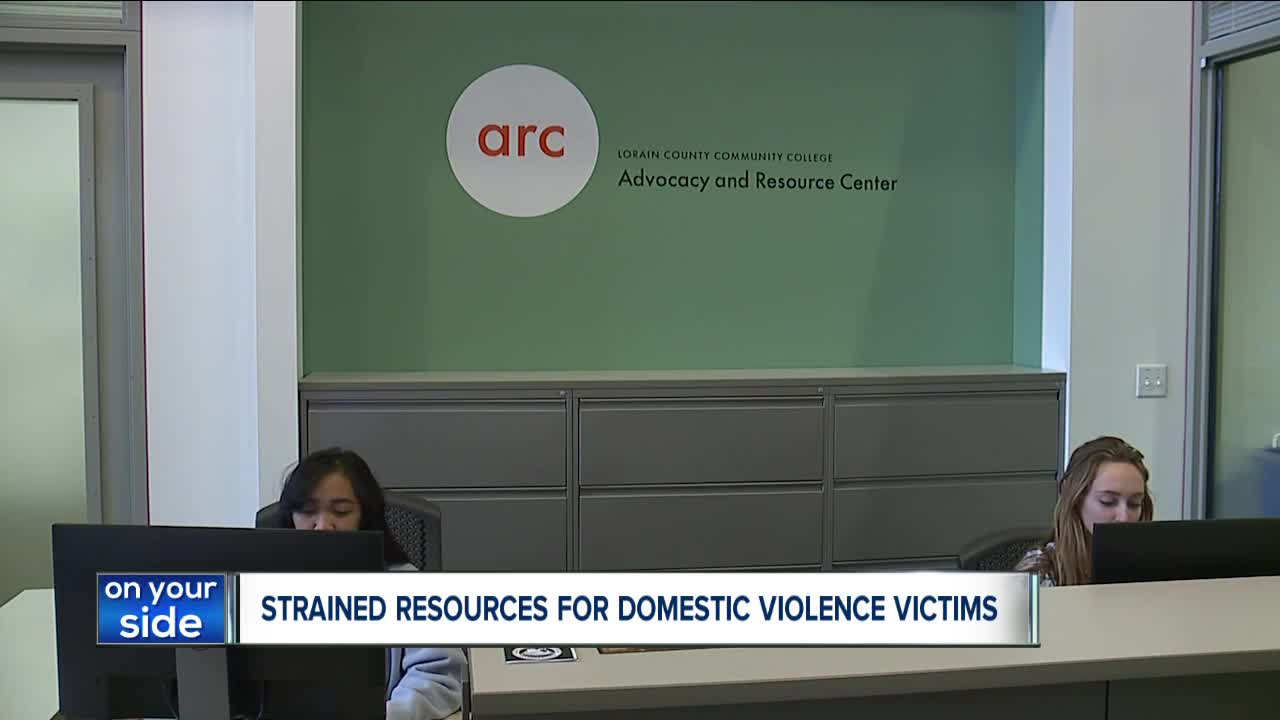 Genesis House is the only domestic violence specific shelter in the entire county.

LORAIN, Ohio — A widespread problem behind closed doors is ravaging much of Northeast Ohio.

Domestic violence advocates said that during the last seven years, the number of women in Lorain County fleeing to shelters from violent situations has tripled.

On a busy street in Lorain, you’ll see a colorful reminder of the dark stories shared and cries for help inside Genesis House.

“This is literally her life or death right here tonight,” Virginia Beckman said.

These are critical, time-sensitive situations that Lorain County shelters and law enforcement officers are struggling to deal with every day.

“Domestic violence is our number one violent call for service, unfortunately,” Baker said.

A growing population in Lorain County means more calls for help and strained resources to respond.

Genesis House is the only domestic violence specific shelter in the entire county.

With just 16 beds to take in women, men and children looking to escape life-threatening situations at home, Beckman said they can’t keep up with the demand.

Beckman said advocates at Genesis House are often forced to make split-second decisions about who to turn away.

“The hardest thing is when we have to tell people that our shelter is full,” Beckman said, “And that’s happened more in these last six months than ever in our agency’s history.”

At Lorain County Community College, administrators are equally familiar with those life or death situations.

“We had a woman whose ex took all of her belongings, threw them in the yard and lit them on fire,” Tracey Maxwell said.

Maxwell said situations like these prompted the opening of a new Advocacy and Resource Center on campus.

Maxwell believes a number of students there are struggling in silence and too scared to ask for help.

She said they are often left to weigh the risks and financial costs of reaching out to escape their situations.

Lorain County has a domestic violence task force with funding from donations, the county, the state and the federal government.

“We’re trying to do much, much more with not much more funding,” Beckman said.

However, that funding may not be enough. Those on the front lines fear funding cuts at the federal level could lead to more unserved victims.

“Most of our victims services agencies in Ohio received about a seven percent cut in funding this year,” Beckman said.

Beckman added the funding cuts were so significant, Ohio Attorney General David Yost had to pull money from other state funds to keep shelters like Genesis House operational.

However, it seems that well has nearly run dry.

“They’ve explained to us that now their reserves are gone,” Beckman said. “We’ve used them, so next year we fully anticipate a much more significant cut in funding.”

“When you look at the services that you offer and you say, ‘Which of these is disposable?’ There’s none,” Beckman said. “It’s all very much needed.”

Genesis House directors acknowledged the need for a larger facility and are hoping to make those dreams a reality in 2020. Until then, they work with neighboring counties to put victims in danger into safe beds.