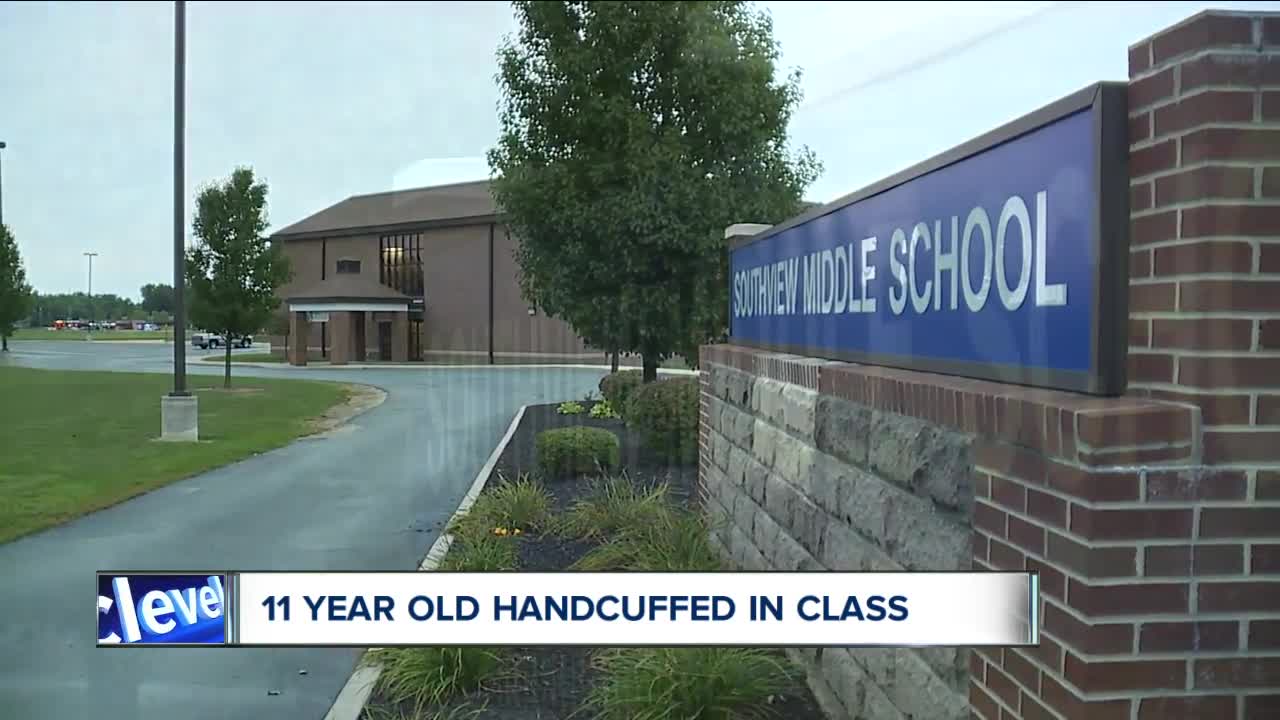 LORAIN, Ohio — Southview Middle School drew some attention earlier this week following an incident involving a student and a security officer employed by the district.

On Tuesday, an 11-year-old student was taken out of his classroom in handcuffs by a safety compliance officer in an attempt to teach him about the consequences of skipping school, according to the Lorain City School District.

"No matter what it is, an 11-year-old child should never have to deal with this kind of a situation," said Lorain City School Board President Mark Ballard. "So everybody is totally shocked on what in the world is going on."

Ballard said he's talked to several teachers and parents about the incident.

"I'm 51 and I've never been in handcuffs and I'm just not sure what positive we get to see putting a student of ours in handcuffs at such an early age," he said.

Ballard said it's unclear where the officer got those handcuffs.

"I've heard that cuffs were not issued from the district," Ballard said.

The district said the student's mother knew the officer was going to encourage her son to come to school more, but says she wasn't happy with how it was handled.

The district told News 5 in a statement, it's aware of the incident and that "The SCO is currently on administrative leave while the investigation is conducted."

Ballard said there are better ways to get kids excited about school.