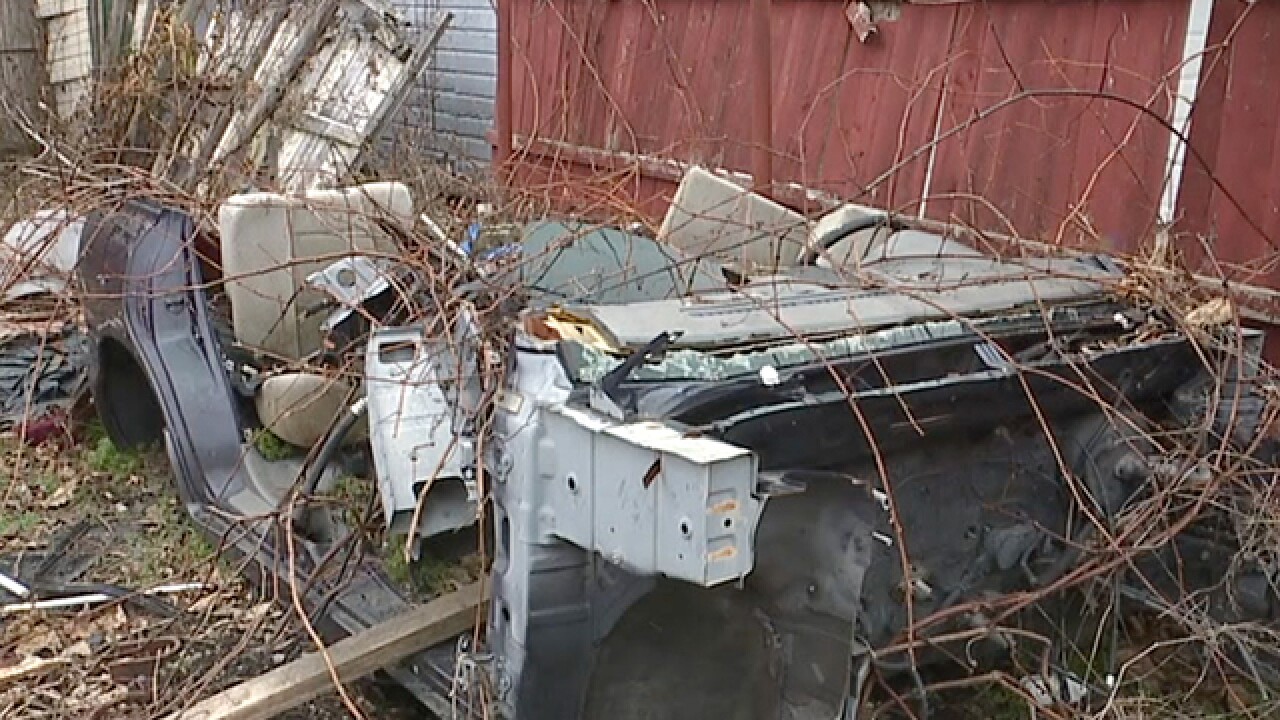 Neighbors call it an eyesore. Junk cars have lined neighborhood streets in Lorain for years, according to city officials. In an attempt to clean up the streets, the city is towing cars they consider to be a nuisance.

Councilman Angel Arroyo said that means any car that is immobile, has expired plates or sitting with a flat in plain sight.

“What we are doing now is giving law-enforcement the ability to act fast and move these vehicles from people‘s properties," he said.

In September, city council approved an ordinance allowing the city's contractor to tow these vehicles without approval from the owner. Cars will be tagged with a sticker and towed after 72 hours.

He showed News 5 one lot with a scrapped car. That car frame weighed heavy on the neighbors.

“Neighbors are frustrated because the stripped vehicle is now on their fence, and it’s starting to knock over the fence on their property," Arroyo said.

The city is not taking a hit on those fixing up classic hot rods, but to be safe, Arroyo said put those cars in a garage.

“Kids are riding their bikes up and down the street, and they have to go in between these cars. Who’s to say somebody isn’t going to back out one of these times," said Lorain resident Martin Leibas.

He said it is likely to find junk cars sitting on sidewalks.

“It’s a blatant eyesore to everybody," Leibas said.

The first offense is a minor misdemeanor with a $150 fine. Multiple offenses could result in jail time.