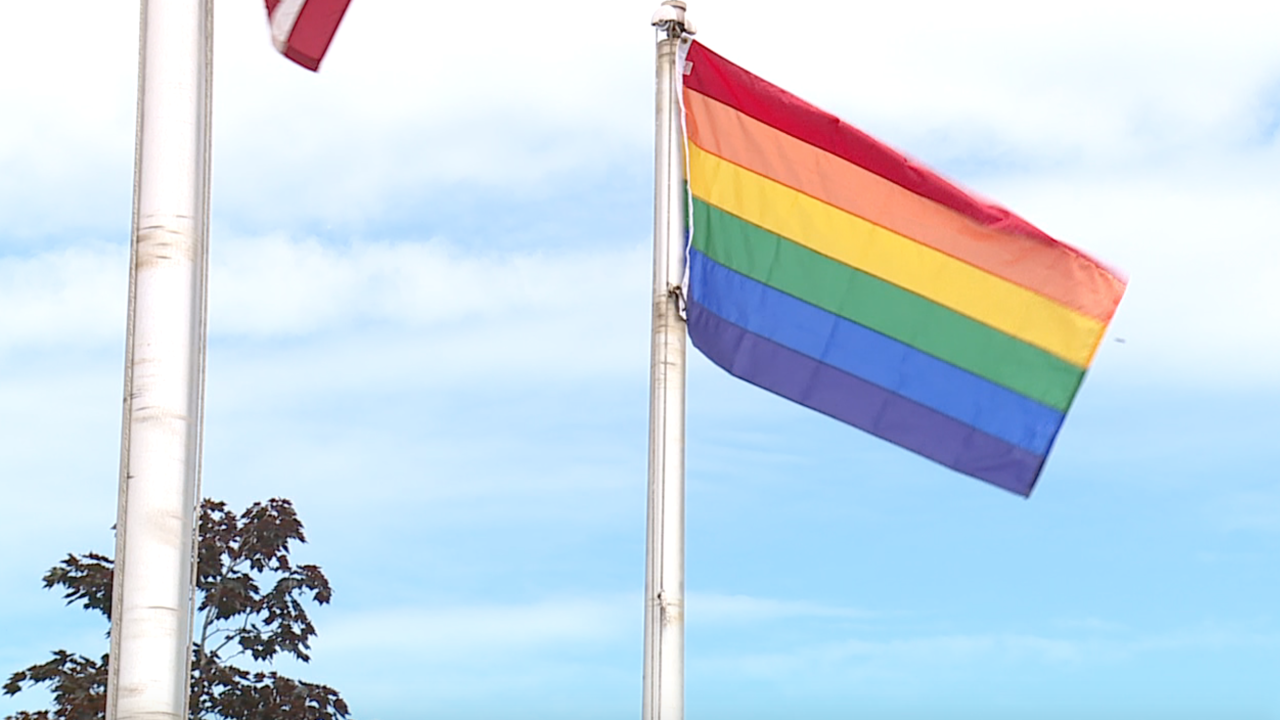 LORAIN, Ohio — Lorain’s Mayor is working to clarify what appears to be a case of miscommunication between the city and advocates who requested the city fly the LGBTQ flag at City Hall for Pride Month in June.

The flag was raised outside City Hall on Wednesday, June 24 during a special ceremony led by the Lorain County LGBTQ+ and Allies Task Force. Community organizer Joshua Garcia led the push to add the Pride flag outside of City Hall.

While the flag-raising brought many supporters out to the ceremony, they found themselves disappointed just hours later when the flag was taken down.

The Lorain County LGBTQ+ and Allies Task Force wrote to Lorain Mayor Jack Bradley seeking answers to why the flag was removed less than 24 hours after it was raised.

The Board of Directors for the Lorain County LGBTQ+ and Allies Task Force was moved to learn the City of Lorain would be flying a rainbow flag in honor of Pride Month this year. We want to take a moment to recognize Joshua Garcia's diligent work over the last year to make this vision manifest in a crucial moment in our nation's history. Amidst a global pandemic, during a world-wide Civil Rights movement and rally for Black lives and, on the heels of several important wins in the Supreme Court for LGBTQ+ folks and DACA Dreamers– the timing could not have been more perfect. A beacon of optimism and promise in a time that has, at times, left many of us feeling frustrated, afraid, uncertain, and hopeless.

Raising the rainbow flag was an opportunity to demonstrate that the City of Lorain is a welcoming, inclusive, and affirming space for all its people. The flag was raised with much fanfare and media support before being taken down in less than 24-hours. An opportunity has been sorely wasted. We cannot share with you how disheartening that is after speaking the City of Lorain's praises only hours ago.

The Lorain County LGBTQ+ and Allies Task Force's mission is to make Lorain County a place where LGBTQ+ people can work, play, and live. A vital aspect of that mission is uplifting the voices of our community who have come forward and expressed their frustration, disappointment, anger, and sorrow in response to what has taken place over the several hours.

We seek answers and a public commitment to the LGBTQ+ community to celebrate Pride month by raising the rainbow flag, as is the case in most cities. We are providing the opportunity for the leadership of the City of Lorain to demonstrate their dedication to diversity, inclusion, and equity for all of their people.

Bradley commented on the situation, saying that the agreement of the flag-raising this year was for Wednesday specifically and that they had agreed to fly it for the day, so “at the end of the day, [the] flag came down because that’s what I agreed to do.”

“Next year, let's see if we can make an agreement for the month of June," Bradley said.

The mayor said no one had approached the city until June 22 and that there are no specific ordinances for the flying of special interest or cause-related flags in the city, so each request is on a case-by-case basis.

The Lorain County LGBTQ+ and Allies Task Force said they’ll be arranging a meeting with the mayor and his team to “make the vision of our community a reality.”