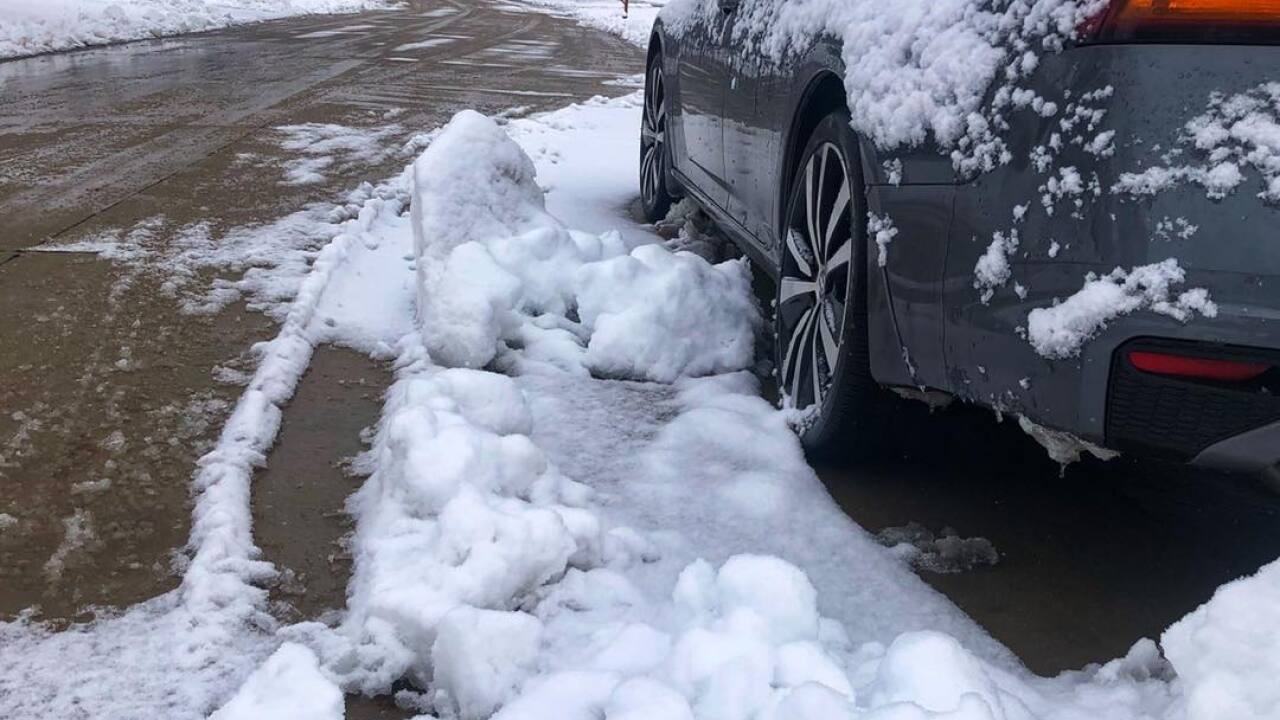 NORTH RIDGEVILLE, Ohio — The North Ridgeville Police Department aired a grievance on Facebook Thursday about residents, well, actually one in particular, not abiding by its parking ban.

Posted with a picture of a car clearly parked on the street, police made sure to let residents know about the seriousness of a parking ban.

“When they go around cars they are leaving up to a foot of slushy snow boulders piled up around the car. Today it's not a big deal because, well, its slush. You can drive right through it. Tonight, however, it will get into the teens and that slush will turn to ice. Tomorrow if you hit it, different story.”

Police said they will ticket every car parking on a street with snow piled around it.

“I can’t speak for everyone, but I’m ticketing every car I find parked on the street that has snow piled up around it. Help the street department do their job and help your neighbors not hate you.”

Parking bans are put in place to allow snow plows and emergency vehicles to access the roadway during times of heavy snowfall.