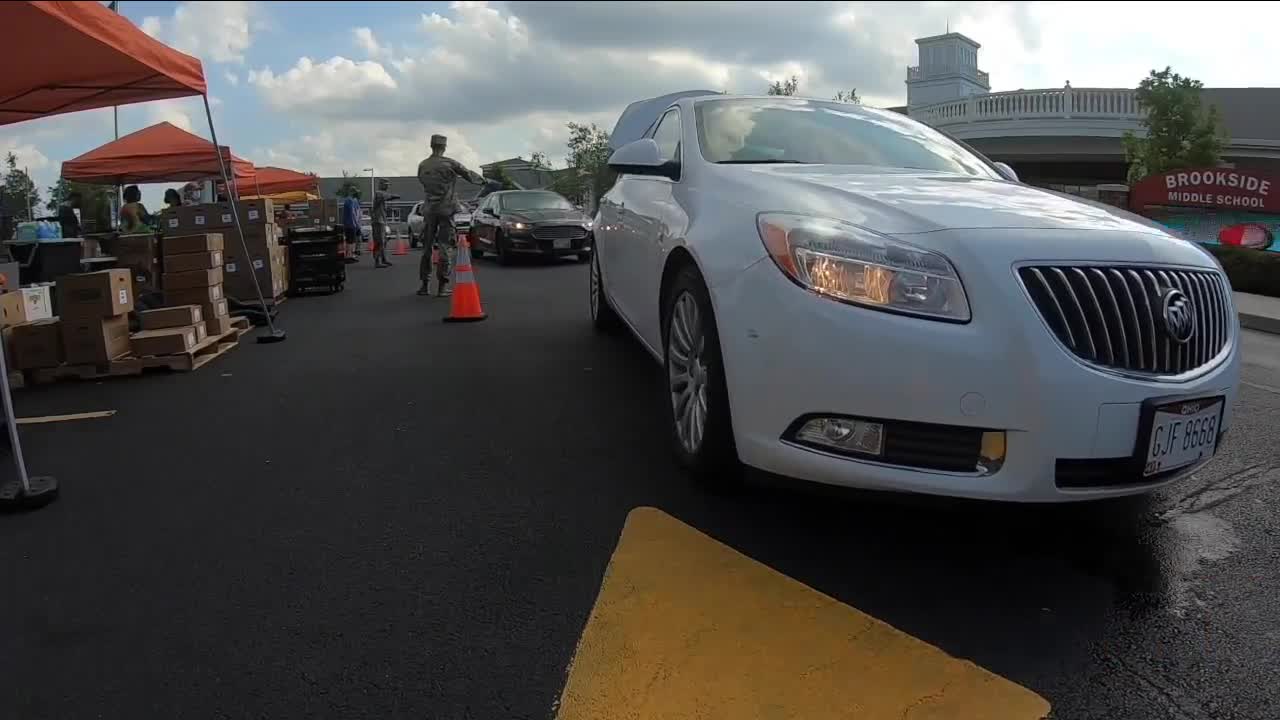 New data from the federal government shows the cost of groceries is on the rise and many families are struggling to afford them, but The Second Harvest Food Bank of North Central Ohio is trying to keep up with the demand for affordable food. 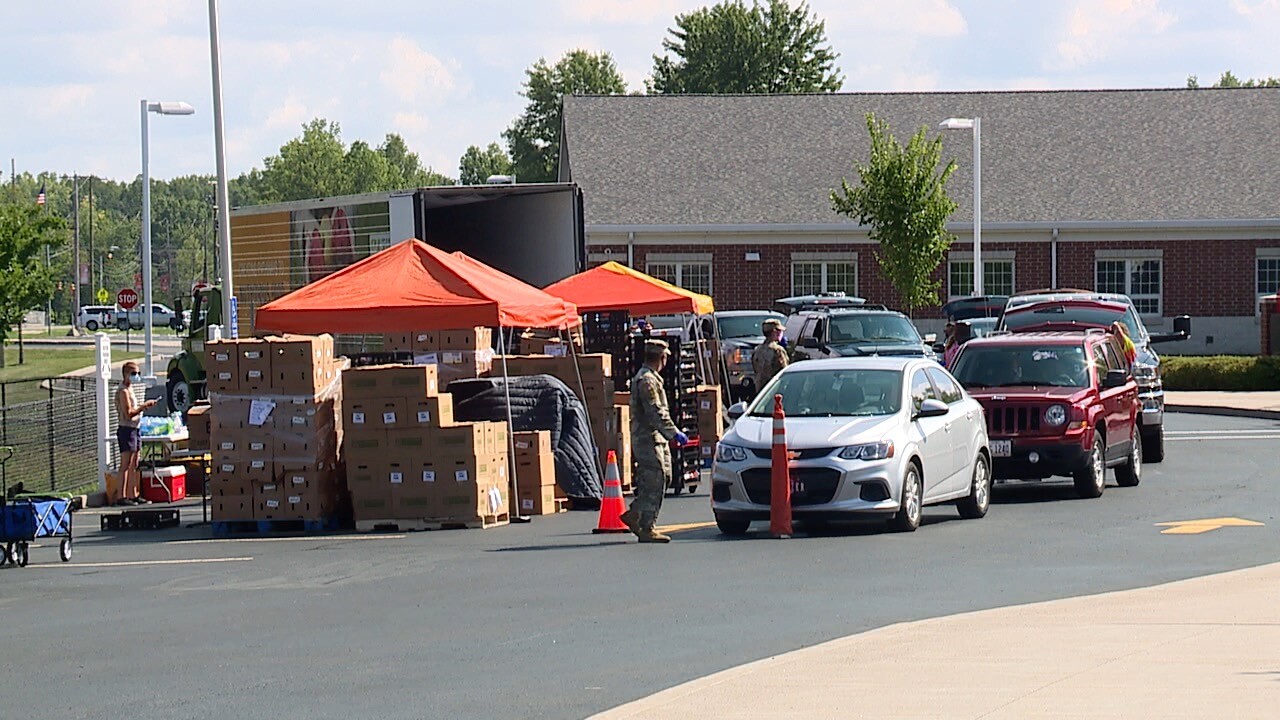 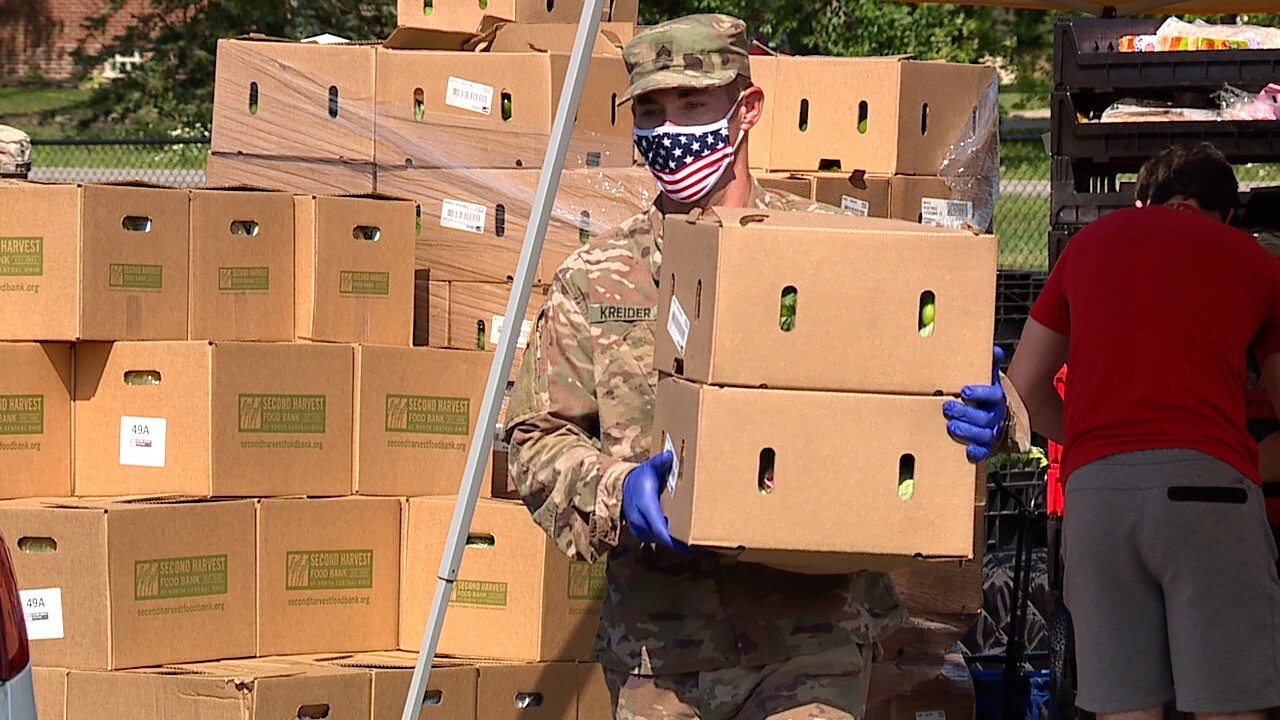 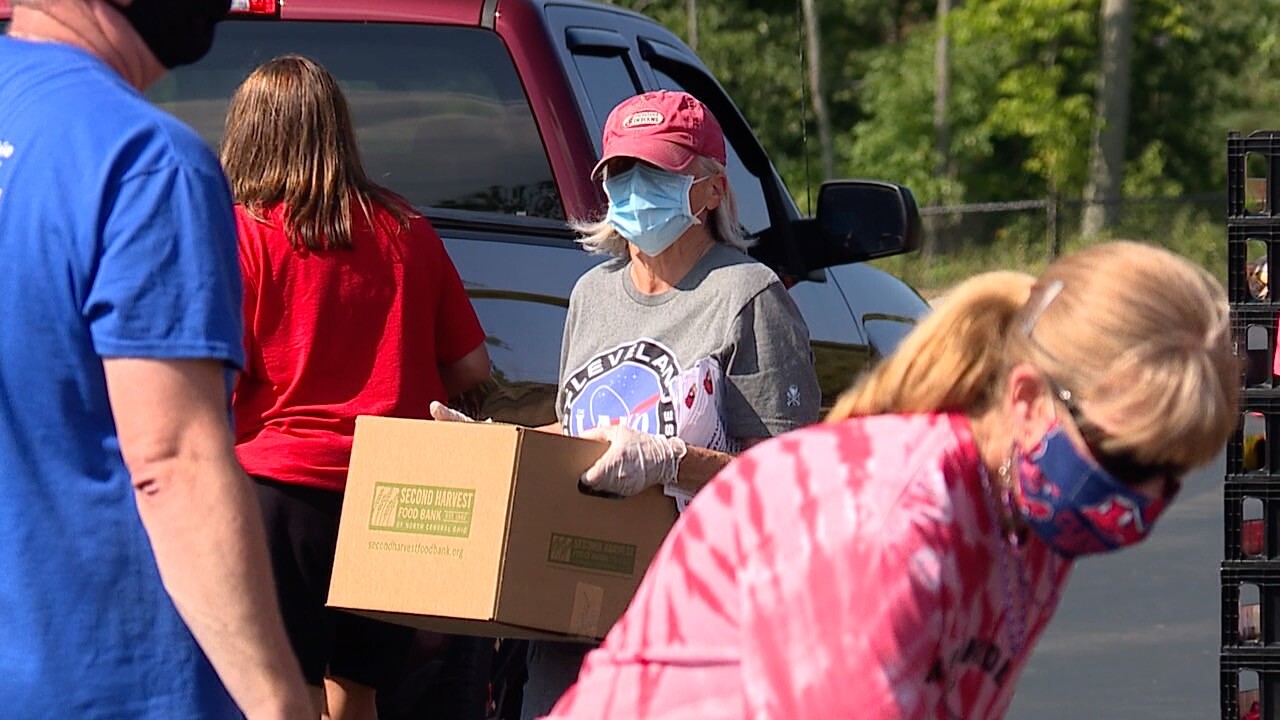 SHEFFIELD LAKE, Ohio — Nearly 400 cars waited in a line that snaked around Brookside High School in Sheffield Lake on Tuesday.

Their trunks remained opened as they inched their way to the front where volunteers with Second Harvest Food Bank of North Central Ohio waited to load free food inside.

“The numbers on the windshield let us know how many families we need to load for,” one volunteer said.

For some residents, it was their first time coming to a food drive for help. Though others have made it a point to come to each food drive at the high school once a month. One man told News 5, “I’m on a fixed income I’m retired so I don’t make a whole bunch of money so this helps out a great deal.” An older woman echoed the same appreciation saying, “it helps out a lot because grocery stores [prices] everything went up.”

The non-profit has hosted food drives since March despite food supply shortages. At one point, the group was forced to compete with local grocery stores as food processing plants struggled because of staff shortages and coronavirus safety restrictions. President and CEO Julie Chase-Morefield say each week her team sees a 10 to 15% spike in the number of families showing up.

“Our distribution has doubled in the last five months, so we distributed an additional almost three million pounds of food,” Chase-Morefield said. “People are worried about paying the rent and paying their mortgage and unfortunately food is always the thing that’s easiest to cut.”

But Chase-Morefield says without help from the national guard this wouldn’t be possible. She says 28 soldiers have been assigned to help her team. However, the majority of them will be reassigned or must leave by September.

“We’re hopeful that we’ll be able to bring volunteers back up to replace those National Guard soldiers,” she said.

As they wait for help, Chase-Morefield’s team isn’t giving up. They’re hoping to keep these food drives going for as long as the community needs them.

“We weren’t going to let you know the pandemic stand in our way,” she said.