These Avon superfan dads have made themselves the school's mascots 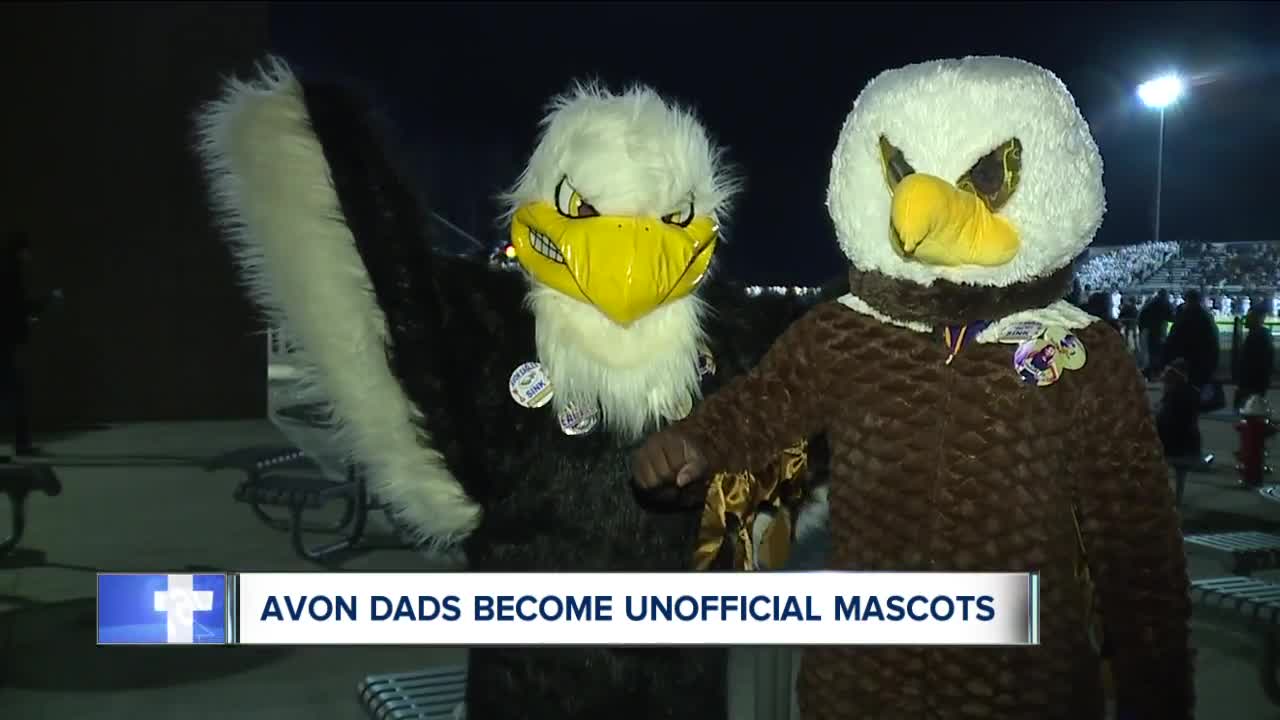 "I convinced people to start bringing cow bells to the games and that's how it snowballed and it just rolled into who had a bigger bell who could make more noise and this where you end up in an eagle costume, embarrassing your kids," James Goodwin said.

"I enjoy what we do, and I'll do it as long as I can," Toriano Mitchell said.

Goodwin and Mitchell started wearing feathers and beaks when they noticed something was missing at the games.

"Several games that we went to, other schools had mascots and we didn't have an eagle," Goodwin said.

Of course, the pair spends a lot of their energy rooting for the football team, but really they are also their daughters' biggest fans.

Tristiana is in color guard and Isabella is a cheerleader. While they were embarrassed at first, the girls are now embracing their crazy dads.

"I know not everybody has a parent to be loving them and come to their things and support them," Isabella said.

"It makes me feel loved, someone's out there cheering for me," Tristiana said.

These superfan dads are getting married next month and this time the community will cheer for them.

"I know it's difficult for our children having a biracial gay couple and then them being biracial, but the community has embraced all of us," Goodwin said.

And they'll continue to give that love right back.

"There's other kids out here that don't have what I can give for my kids," Mitchell said. "So I come out here and show them that I love them and I'll do it until I'm six feet under."