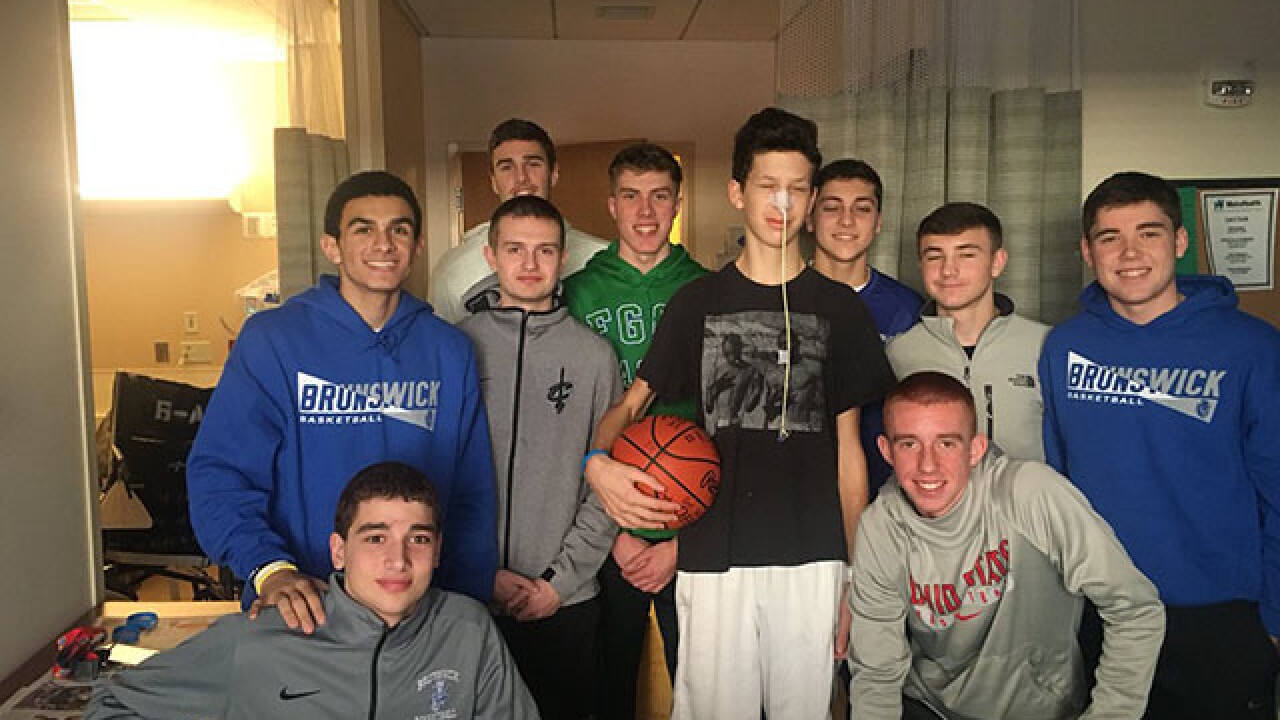 Despite suffering a traumatic injury in November, Kelly Ventura has remained strong — #KellyStrong.

On Nov. 24, Kelly suffered a traumatic brain injury and fell while setting up his basketball hoop. He fractured his skull, broke several bones in his jaw and tore both his right and left carotid arteries, according to the GoFundMe page set up to help his family. He is also suffering from sixth nerve palsy, hearing loss and impaired vision.

Since his accident, his fellow classmates at Willetts Middle School in Brunswick have rallied to show their support. Several of his teammates even visited him in the hospital and brought him the winning game ball from one of their basketball games against their big rival, Strongsville High School.

Kelly's school bought Kelly Strong shirts and will be selling them at Tuesday night's varsity basketball game, where Kelly will be recognized. Some middle school parents will also be selling wristbands at the game and handing out flyers. The Brunswick Athletic Foundation will run a 50/50 raffle, and the proceeds will be donated to the Ventura family.

Kelly and his family will be at Tuesday night's basketball game, as he continues to show he is a fighter and #KellyStrong.