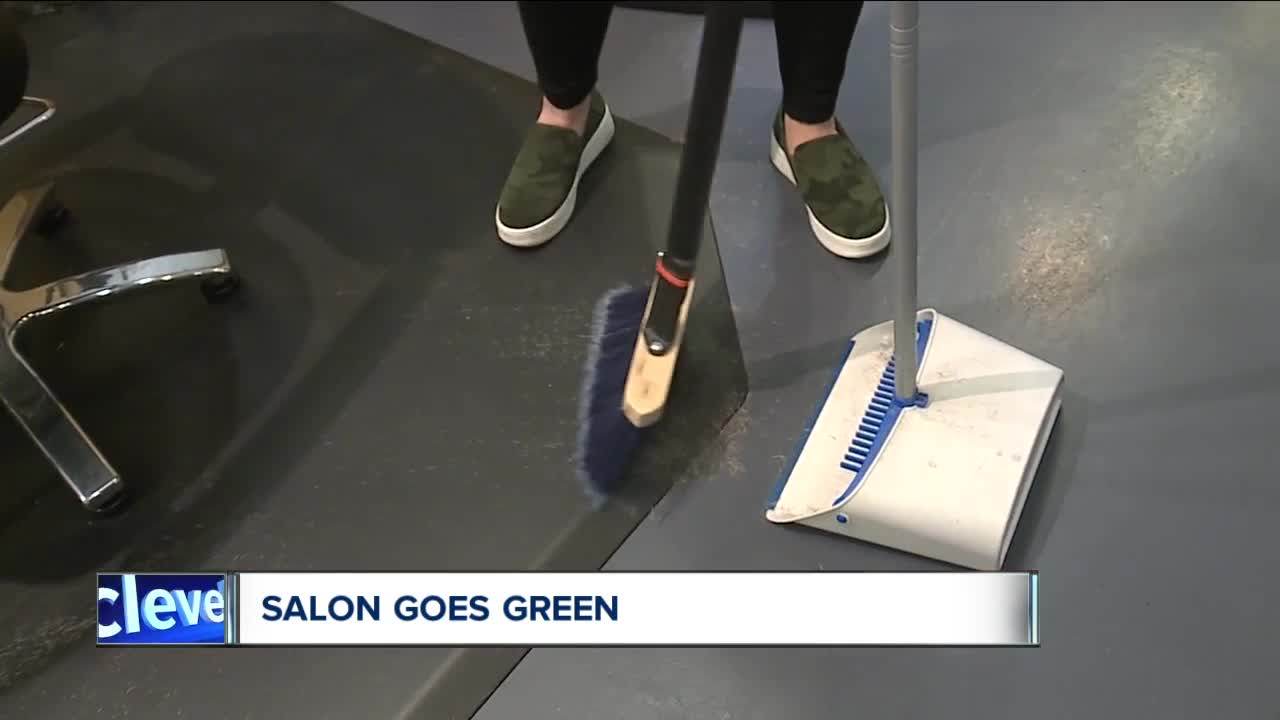 Salon Evangelene is now a certified Green Circle Salon, part of a recycling and sustainability program that works to reduce the salon's impact on the planet by disposing of packaging and products safely, and with the environment in mind. 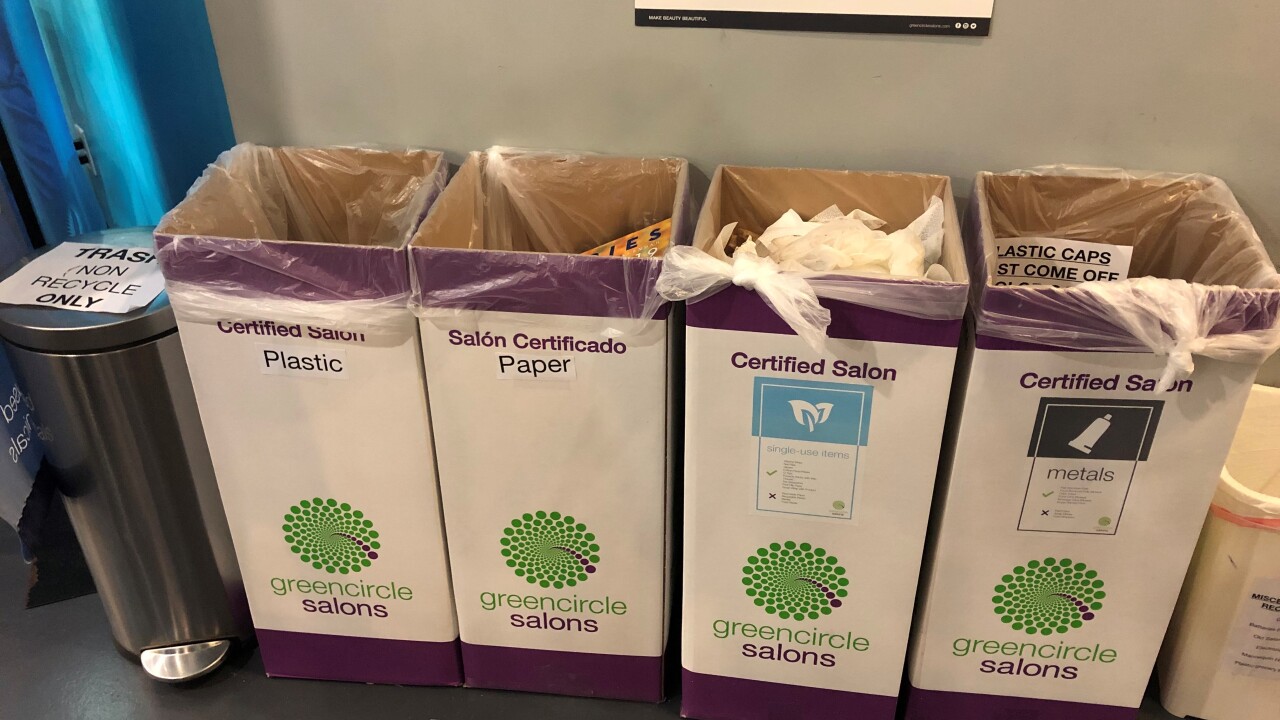 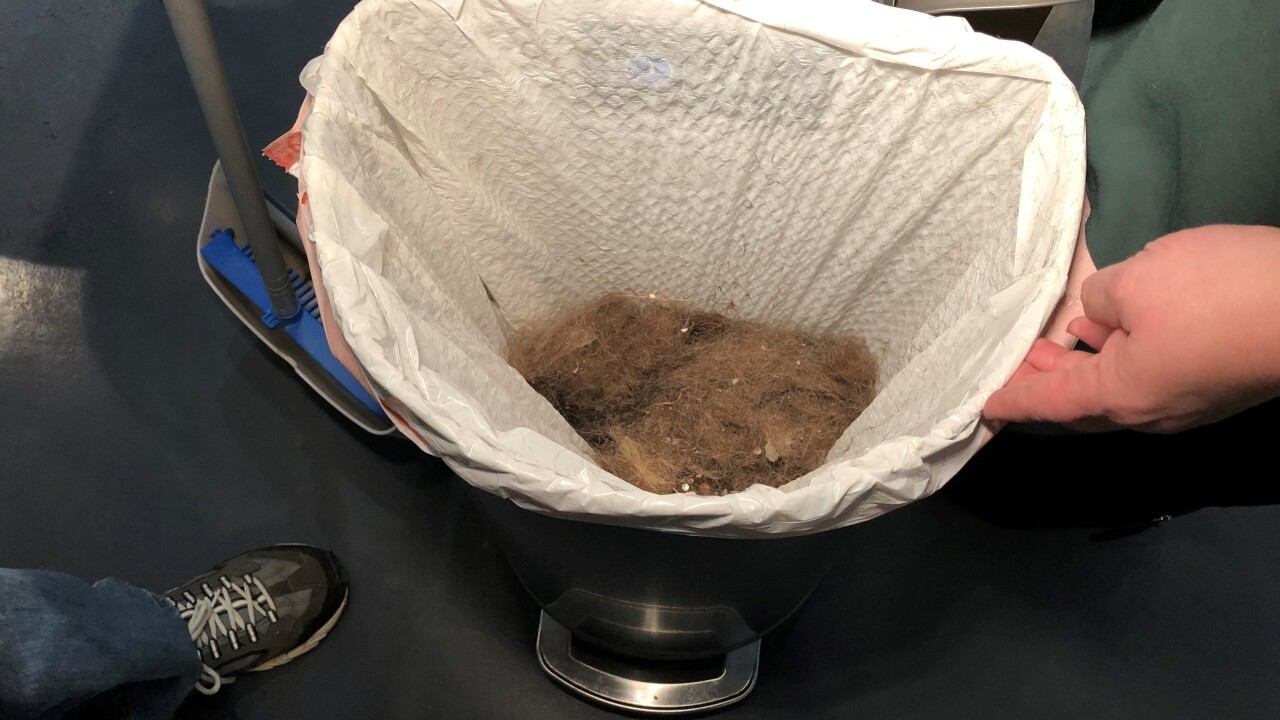 MEDINA, Ohio — Hair salons generate hundreds of pounds of waste every day without a way to recycle. As a result, that waste fills landfills with sometimes hazardous materials. Some say it’s the price of beauty, but it may be taking a toll on the environment. It’s why Evangelene Brown says she decided to go green at her salon, Salon Evangelene.

“For our salon, it’s hundreds of pounds altogether,” Brown said. “We have one of the biggest dumpsters for this plaza and it is jam-packed all the time.”

But Brown says recycling has always been a challenge.

“You really don’t think about how much waste beauty creates,” she said. “The foils, the plastics, the hair we sweep off the floor.”

She says for years her team drove quite the distance to local landfills to recycle the salon’s trash, or at least they tried to.

“Nobody was really taking plastics. No one would take our aluminum foil because it has color in it. We would have to wash it all, and even then they weren’t sure about it,” Brown explained. “It was really just such a hassle and we want to make a difference, so you know, sometimes you just get frustrated and throw it in the dumpster and then you feel guilty, but it’s easier.”

Last month, Brown teamed up with Green Circle Salons and became the first and only certified Green Circle Salon in Medina County, part of a national comprehensive recycling and sustainability program that works to reduce the salon's impact on the planet by disposing of packaging and products safely and with the environment in mind. It partners with salons and repurposes its trash and even hair, which can be used to create plastic and booms for oil spills.

“I ship it to them all we have to do is sort it that’s it and they take care of everything from there,” Brown said. “They even take our leftover color — like we scrape out our color that’s left in the bowl and put it into a bin, and then we send them the plastic bag that's incinerated and used to store energy into energy cells and panels and things like that.”

Salon Evangelene splits the bill with its customers and charges them an additional $1.50 on their final bill. It’s a small cost for a big change.