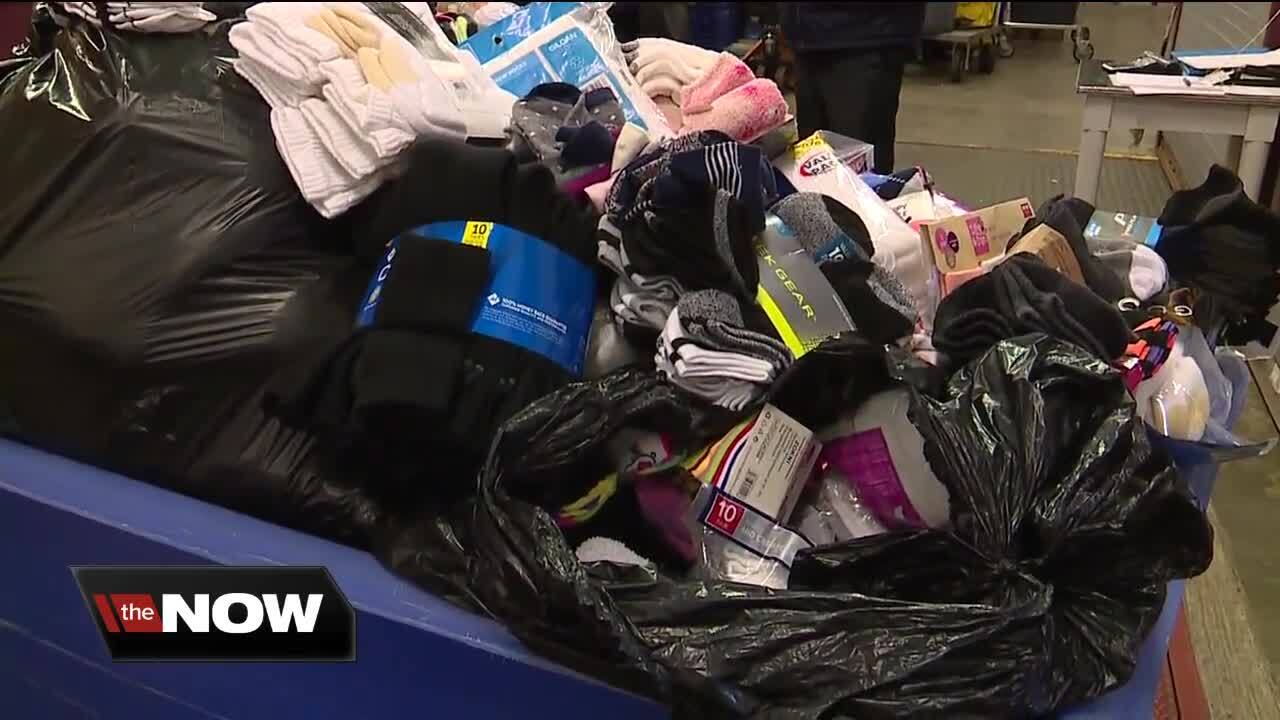 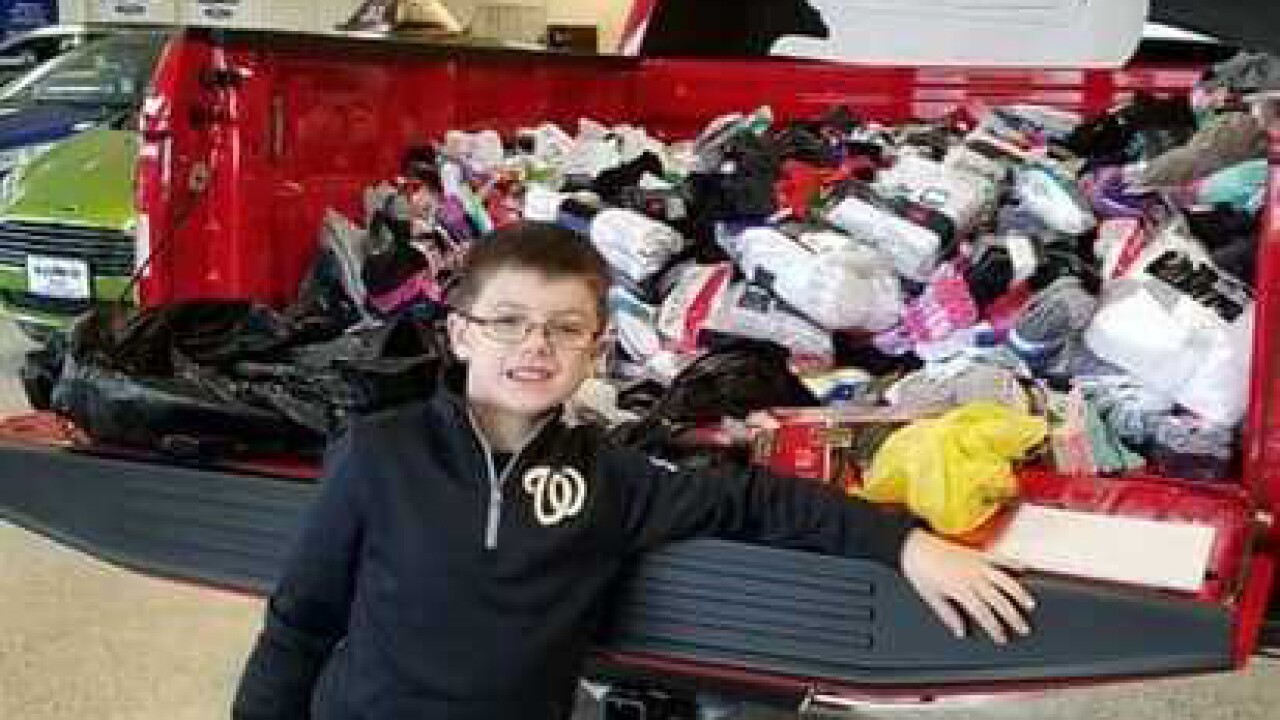 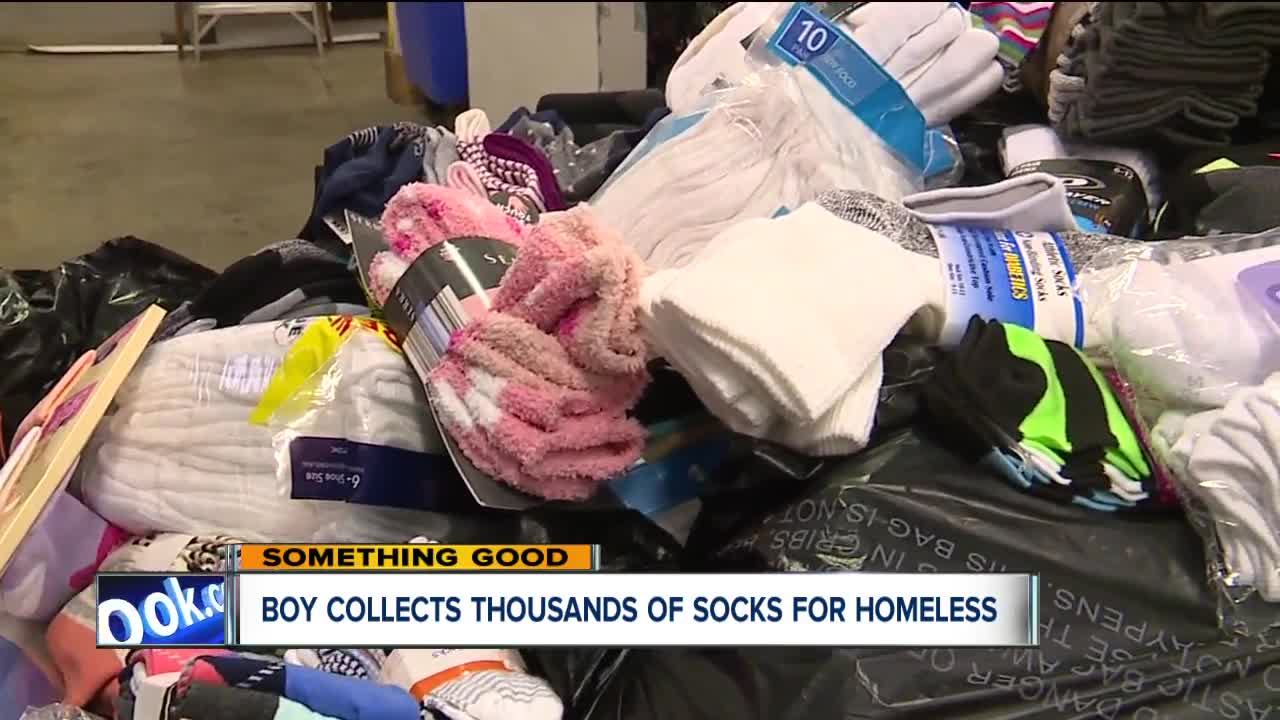 Such is the case with 7-year-old Aiden Burns, of Windham, who loves to play video games and is still learning how to tie his shoes.

Despite his young age, Aiden helped organize a huge sock drive to help the homeless.

By the time the collection was counted, it became the largest sock donation ever given to Haven of Rest Ministries in Akron.

"I like helping others," the first grader told News 5.

The idea was born out of sleepover last October Aiden's grandmother's house.

The two got into a discussion about homeless people and the upcoming colder months. They brainstormed an idea to collect socks to help those less fortunate.

"We started to collect the socks," Aiden said. "We got people at my school to know about it and my friends on my basketball team."

Aiden also received help from his uncle who created a Facebook page called "Socks from Santa."

The original goal was to collect 500 pairs of socks. But the drive really kicked into gear with several donations from businesses and residents from Windham and other cities.

On December 28, more than 3,000 pairs of socks were packed into garbage bags, loaded onto a pickup truck and delivered to the shelter.

"We were shocked at the number of socks," said Jeff Kaiser, the executive director of Haven of Rest. "To me, to see a 7-year-old thinking about something of that magnitude was just an enormous blessing for us."

Aiden's father, Zack Burns, said his son is always trying to help his younger brothers and often puts others before himself, so it was touching to witness the donation.

"As a father, it was a proud moment for me to see him because he was so excited about it and they were very thankful to have him there," he said. "If a 7-year-old can do it, then anyone can do it."

Kaiser said socks are among the most important and most needed items for the homeless especially in the winter.

"The feet are really important so putting on a dry pair of socks, it's a great blessing for our guests," Kaiser said.

Aiden said the sock drive made him feel "helpful" and he hopes to do it again next year.

"Christmas is about giving. It's not about getting," he said.